For having criticized her Federation, Krystina Tsimanouskaya, who was to run the 200m heats on Monday, said she was taken by force.

After competing in the 100m heats, Belarusian sprinter Krystina Tsimanouskaya, 24, should have competed in the 200m series on Monday.

But his Olympics ended at Tokyo Airport after a day of high tension.

In the early evening, this Sunday, she said she was "safe".

"We are in the process of deciding where I will spend the night," added the athlete in a statement posted on Telegram by the Belarusian Sports Solidarity Foundation.

Earlier, she said she was forced to withdraw from the Tokyo Olympics, threatened with a forced departure from Japan for having criticized her federation on social networks.

"I was told that I had to leave so that everyone was calm and continued to compete" for Belarus, she told online media by.tribuna.com on Sunday.

The Belarusian Sports Solidarity Foundation, which revealed the affair, for its part said it had asked the Japanese police to prevent this departure.

A request for political asylum in Austria is mentioned.

The official Belarusian delegation is trying to expel him against “his wish”, according to the athlete.

She had criticized the regime.

According to the Belarusian Olympic Committee headed by Viktor Loukachenko, son of President Alexander Loukachenko, she had to suspend her participation in the Olympics on "the doctors' decision, because of her emotional and psychological state".

A version declared as "false" by the sprinter.

This week, Krystina Tsimanouskaya fiercely criticized her Belarusian Athletics Federation, claiming that she was forced to participate in the 4x400m relay, when she was initially supposed to run the 100m and 200m, as two other athletes did not had not carried out a sufficient number of doping controls.

"Why do we have to pay for your mistakes?

I would never have reacted so harshly if I had been told in advance, explained the whole situation and asked if I was capable of running a 400m.

But we decided to do everything behind my back, ”she wrote in posts on Instagram.

“I'm afraid I could be put in prison” in Belarus, the athlete added to by.tribuna.com.

The IOC is obviously following this case very closely.

“The International Olympic Committee and Tokyo 2020 spoke directly to Krystina Tsimanouskaya this Sunday.

She is with the authorities at Haneda Airport and accompanied by a member of the Tokyo 2020 team. She told us she felt safe, ”the IOC confirmed on Twitter, that the athlete had urged to intervene in a video on Instagram.

“I have been pressured and they are trying to get me out of the country without my consent.

I ask the IOC to intervene ”,

Earlier, an IOC spokesperson told AFP that the body had "asked the Belarusian NOC (National Olympic Committee)" for explanations.

This incident takes place in an explosive political context.

The regime of Belarusian President Alexander Lukashenko relentlessly pursues a crackdown on opponents, journalists and activists, with the hope of definitively putting down the historic protest movement of 2020 against his re-election to a fifth term.

Many Belarusian sportsmen have stepped up in recent months

Several hundred professional athletes had signed an open letter to denounce the violence and demand the cancellation of the ballot.

Some have paid for it.

The 3,000m steeplechase specialist Sviatlana Kudzelich was removed from the Belarusian selection in the fall of 2020 for having affixed her signature.

Decathlete Andrei Krauchanka, arrested during a demonstration and expelled from the national team, for his part decided to auction one of his medals in order to support his country's opponents. Star basketball player Yelena Leuchanka was also jailed for a fortnight for taking part in protests in her country. 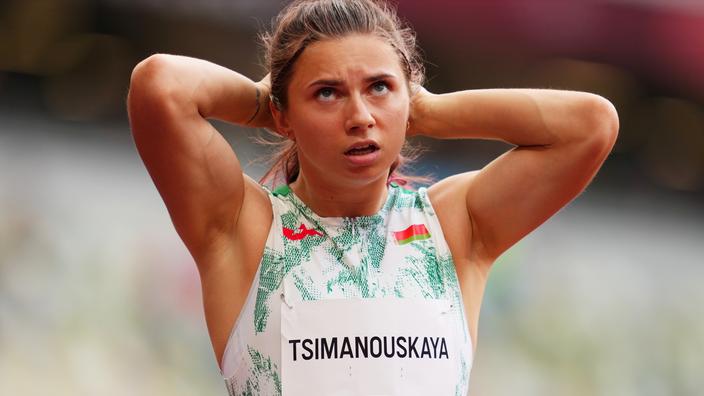 Tokyo Olympics: threatened with repatriation to Belarus, a sprinter obtains a Polish visa 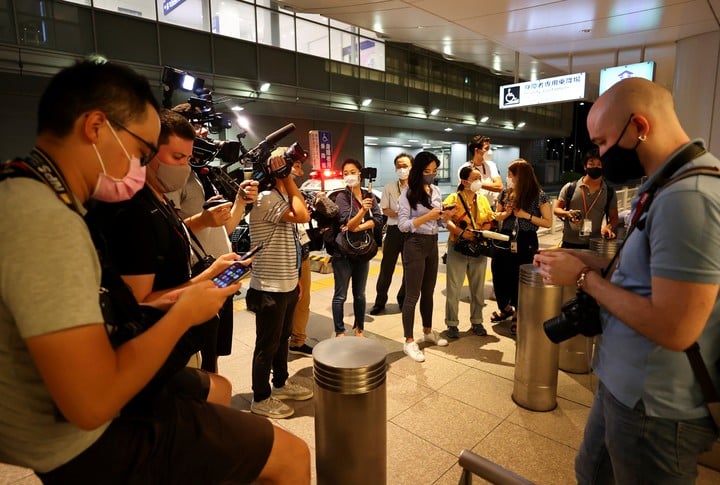 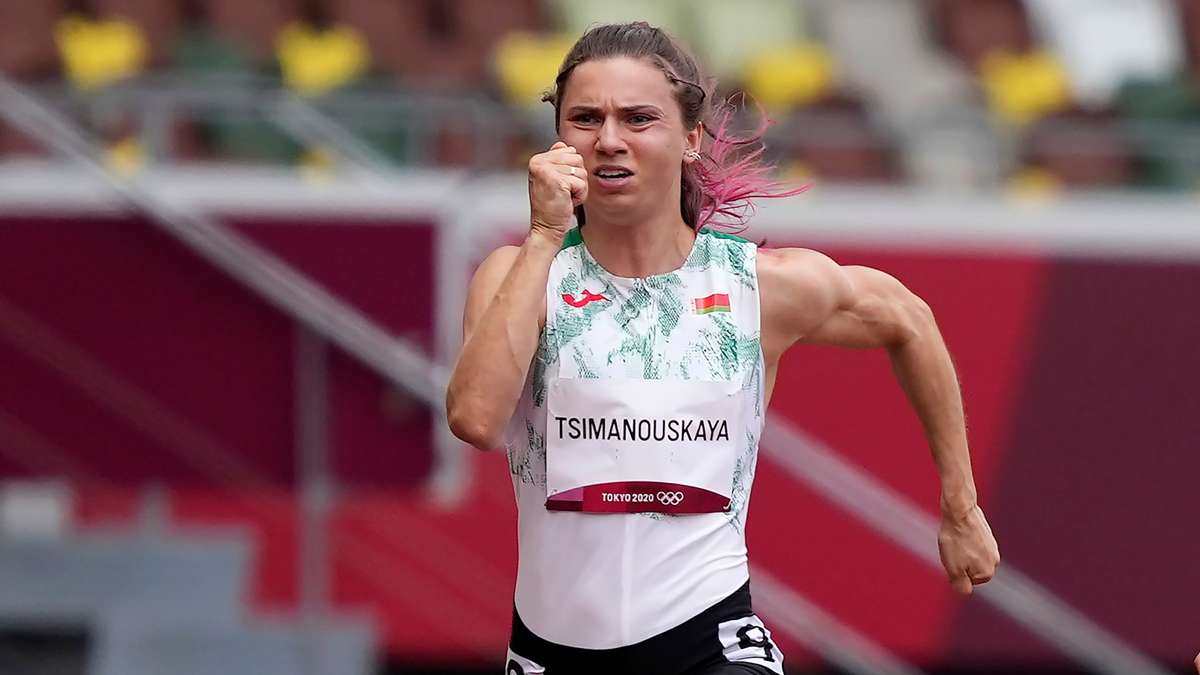 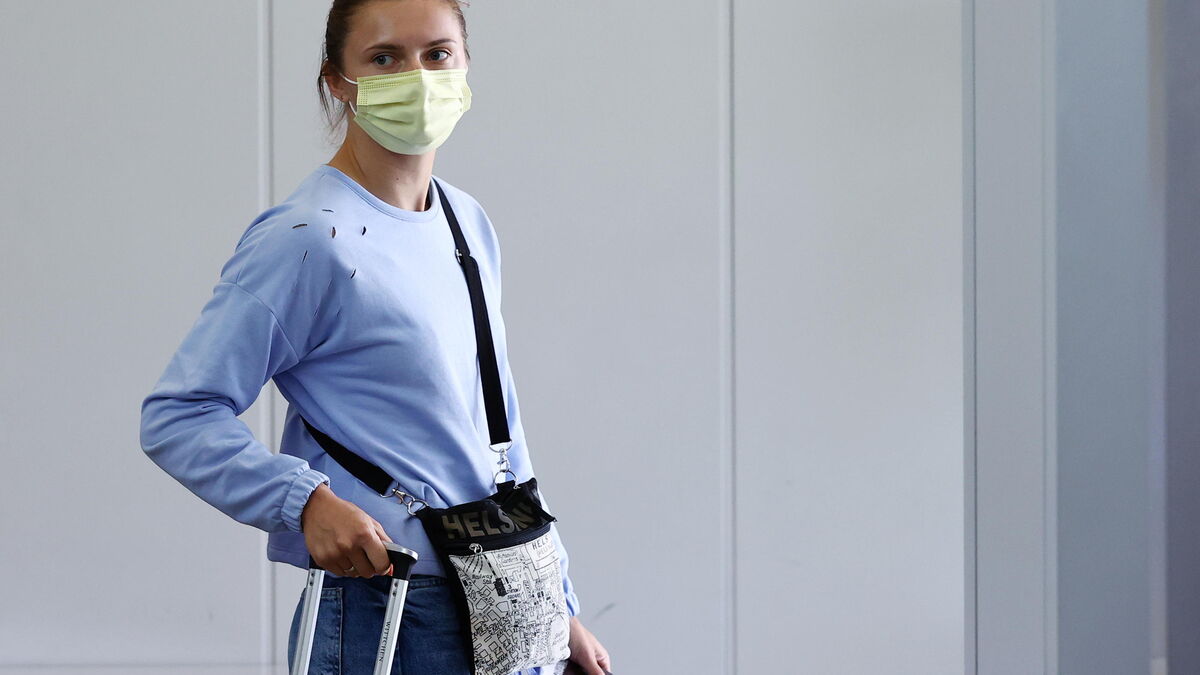 Tokyo Olympics: Belarusian athlete Krystsina Tsimanouskaya has landed in Vienna and must fly to Poland in the evening