They had hoped for the sensation against the top favorite. But the Chinese were unbeatable for the German table tennis team - despite an outstanding Dimitrij Ovtcharov. 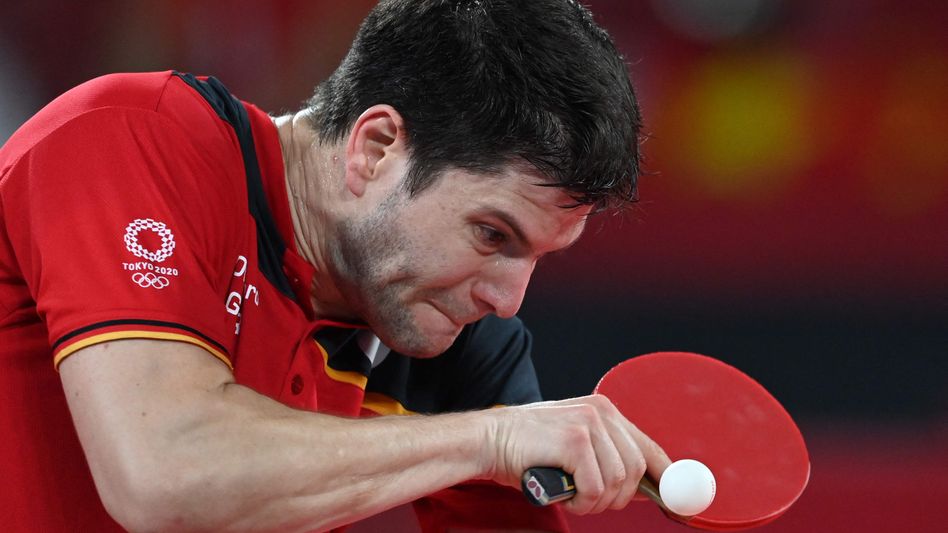 The German table tennis men were unable to fulfill their gold hopes at the Olympics and won the silver medal in Tokyo.

By reaching the finals, the Germans had already secured silver and thus the fourth medal in the team competition in a row.

In Japan it was the second German table tennis medal after bronze for Ovtcharov in the individual.

The women's team had lost their game for bronze.

While Ma Long was the first player in history to win his fifth gold, Ovtcharov set a record with his sixth Olympic medal.

In the 26th competitive game against China, Germany suffered its 26th defeat.

Ovtcharov, who showed spectacular table tennis in his duel with world number one fan Zhendong, was close to victory.

Both played long rallies over and over again, Ovtcharov led 2-1 in sets, but finally lost 3-2.

Before that, Boll and Franziska had no chance in doubles against Ma Long / Xu Xin at Tokyo Metropolitan Gymnasium, losing all three sets without being in the lead.

Boll finally got going against the old and new individual Olympic champion Ma Long only after losing two sets, the third round he won after three match points.

In the fourth set, the favorite turned out to be too strong. Olympia: That happened tonight - there have already been medals here Olympia: All decisions of the night at a glance - Here were the first medals