The Catalans claim that ex-Maccabi Tel Aviv is a candidate to replace the Barcelona coach after the defeat to Bayern Munich in the Champions League. Pika against the contemptuous whistles of the crowd

Report in Spain: "If Ronald Coman is sacked from Barcelona, ​​Jordi Cruyff may replace him"

The Catalans claim that ex-Maccabi Tel Aviv is a candidate to replace the Barcelona coach after the defeat to Bayern Munich in the Champions League.

Pika against the contemptuous whistles of the crowd: "Not surprised by the loss, this is the reality."

The responses and numbers

Summary: All goals in the 4th round of the Premier League (Sport 1)

The day after the painful 3-0 defeat to Bayern Munich, Barcelona are at a loss. According to the Catalan media, the team is considering a shock following the home humiliation in the opening round of the Champions League and the one who might be the one to pay the price is coach Ronald Koeman. According to several reports in Catalonia, the one who may take his place if he is indeed fired is ex-Maccabi Tel Aviv and the current technical director, Jordi Cruyff. "If Coman is fired, Cruyff will definitely be one of the candidates to replace him," it read.

Ronald Koeman's side tried their best to face the Bavarians, but the level differences in last night's game seemed so huge, and the introduction of the four young players (Mingsa, Gabi, Ballada and Damir) not only did not bring a new spirit to the team, but only caused gaps between the two teams. More.

If that's not enough, it was Barça's first loss in a Champions League home opener for the first time in 22 years, recording a third consecutive home defeat at the factory (3-0 against Juventus in the final round of last season's home stage, 4-1 against Paris Saint-Germain). 'Erman in the quarterfinals last season and the defeat last night), and it seems to take a long time until we see Barcelona again in its good old days.

Bayern Munich defeated Barcelona 0: 3 in the opening round of the Champions League

On the other hand, Bayern Munich failed to hide their smiles at the end of the big 0: 3 last night (Tuesday) against Barcelona in the opening round of the Champions League.

Julian Naglesman's team showed superiority over the unfortunate Catalans from the start, with Thomas Muller (34) and Robert Lewandowski (56 and 85) extending personal streaks and records on the backs of Ronald Koeman's players, in a game whose level differences were slightly reminiscent of the famous 2: 8 Which the Bavarians handed over to Barça 13 months ago.

Muller, the first goal scorer, put his balance against Barcelona on seven goals in six games - the most a player in the Champions League has scored against the Catalans.

Robert Lewandowski, on the other hand, extended his world record when he scored for the 18th game in a row.

Beyond that, Bayern maintains a winning streak in the opening games, this is the 18th year in a row!

The level differences between the two groups seemed huge.

Barcelona players at the end of the defeat to Bayern Munich (Photo: Reuters)

said at the end: "I do not think the 8: 2 in the previous meeting affected us today. I think we gave them a good fight, but this is a team with a lot of experience, and we have a new team. For some of our players it was the first time in the league The champions, so I'm not surprised. These are not excuses, this is the reality. As time goes on we will get better and look better. We are far from being favorites in the champions this year, but nothing may have happened. She started the campaign very badly and finished it as European champion. "

Pique criticized the contemptuous whistles heard towards Sergi Roberto and said: "He is an outstanding person and loves the club more than anyone else. People should be reminded that he is not a natural defensive player, he played as a midfielder all his career. He makes this sacrifice for us and tries to learn a position new".

Analyzed the game and excused: "We only had three qualified strikers. Obviously we would like to play better, but that's what we have, this is the players' situation at the moment. There are players here with a great future ahead of them, 18-20 year olds who have never played against a team like "Bayern. In a few years they will close the gap. I estimate in two or three years, these players will be able to compete at these levels. But right now there are big gaps between us and Bayern, both in the squad and on the bench. We have to be realistic."

Loves to play against Barcelona.

* Thomas Muller with seven goals in six games against Barcelona.

The most a player has scored against the Catalans in the Champions League.

* Robert Lewandowski continues to increase his streak of conquests and his record when he scored in his 18th game in a row.

* Bayern Munich continues with the incredible streak of victories in the opening games of the Champions League which now stands at 18.

* The Bavarians are still unbeaten in their last 19 away games in the Champions League (15 wins).

* Barcelona lost for the first time in an opening match in the Champions League after 22 years.

Barcelona in a trap: Coman "looks like a body", Cruyff does not want to replace him - Walla! sport 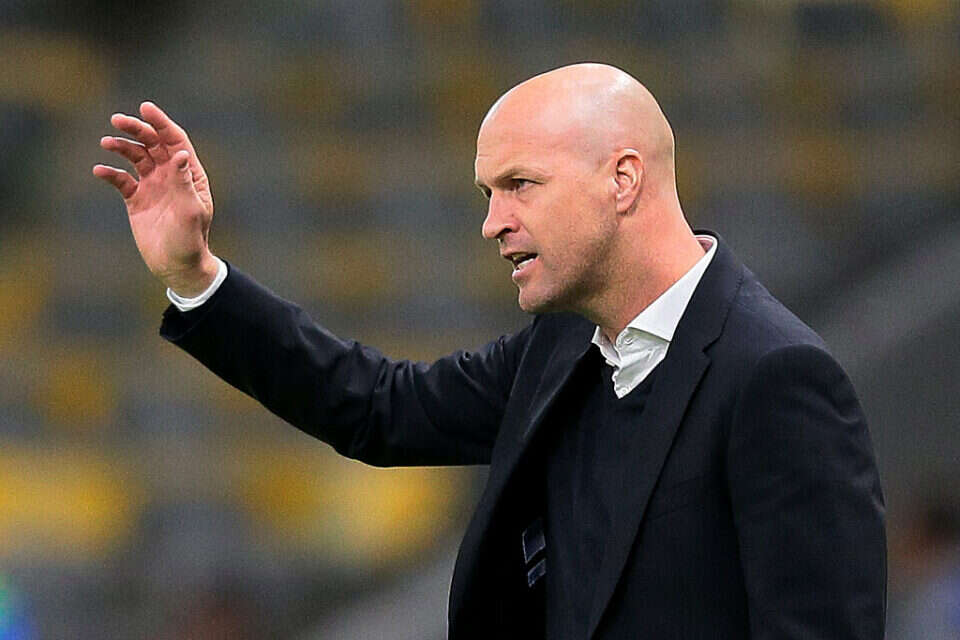 In Spain claim: Barcelona has submitted to Messi an offer for a new contract, the flea is waiting - Walla! sport