Meunier and Guerreiro as BVB entertainers with weaknesses to the rear 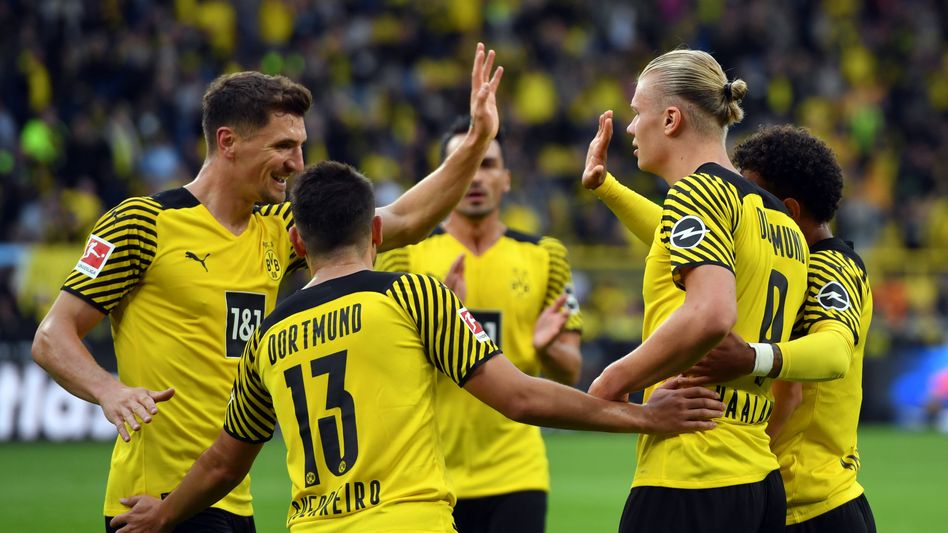 The table reads strangely these days.

After the fifth Bundesliga matchday, only four teams, including the two promoted VfL Bochum and SpVgg Greuther Fürth on the relegation places, had to accept more goals than Borussia Dortmund.

However, BVB also scored 17 goals and so there are currently only two teams in the table ahead of Borussia, and each with only one point more.

BVB also maintained its reputation as an entertainer against Union Berlin.

The favorite won 4-2 in front of their home crowd against the previously unbeaten Berlin team.

When asked whether he was annoyed because of the two goals he conceded or relaxed because of his four goals, coach Marco Rose said: "I'm relaxed because the players are angry." That may have been true for the moment, but Rose also knows: If his team conceded at least two goals per game, the winning streak won't last long.

They shine with goal participation on the offensive - but afford too many lack of concentration in defensive work, which lead to goals conceded.

BVB lets Union back into the game

"Too easy" it was made for the opponent, said captain Marco Reus - again - after the game.

His team was 3-0 in the lead, Union no longer really believed in a turnaround.

Then came the 56th minute and Meunier went too hesitantly into a duel, he did not prevent the cross from Max Kruse.

In the center, Guerreiro had Julian Ryerson beheaded and as a result there was a penalty, which Kruse converted.

The second Berlin goal by Andreas Voglsammer's header after a corner could have been prevented.

First of all, Mats Hummels made a simple bad pass that made the standard - a proven strength of the Unioners - possible.

When the corner was struck against the six-yard box, Erling Haaland ran under the ball as a free man and behind him Meunier went too timidly into the duel with Voglsammer.

In the first half, as a sign of his ecstasy, coach Rose kissed his full-back Meunier over a "buttery flank" at the head scorer Haaland.

“Thomas is really fun at the moment.

It's gaining momentum, it's rolling, ”said Rose, who praised the Belgian, who had already given the cross to a Norwegian goalscorer's headed goal a week earlier.

Another parallel to the 4: 3 win at Bayer Leverkusen: Guerreiro scored a goal worth seeing.

Against Berlin he succeeded with a powerful oblique shot over goalkeeper Andreas Luthe, in Leverkusen with a perfect free kick.

Guerreiro and Meunier are behind

Two goals and two assists in two games by the two full-backs, plus Hummels' assist before Haaland's 4-2. The Dortmund defense makes up for in attack what fails on the defensive. It may also be the price for the system that BVB plays under Rose. High standing full-backs are important, because the attacking midfielders Reus, Donyell Malen, Jude Bellingham or the currently injured Giovanni Reyna often pull into the center.

That requires a lot of running work, which both Guerreiro and Meunier cannot do for more than 90 minutes at this point in the season. Because the duo, for Portugal and Belgium at the EM, started the season with big problems. At the beginning of August, Meunier was infected with the corona virus right at the beginning of his preparation, he missed the first two Bundesliga games.

Guerreiro was absent from the opening game due to a calf injury, and if Nico Schulz had not injured himself in the game at SC Freiburg, he would probably have played a few minutes at most because of his training deficit. So he had to play more than half time, the break was evident. Without Meunier and Guerreiro as well as Hummels, who was also ailing at the time, in the starting line-up, BVB lost in Freiburg. It was the only defeat in the past twelve Bundesliga games across all seasons.

The two outside players differ in their offensive style of play.

Unlike Guerreiro, who likes to pull the ball quickly into the middle, Meunier usually stays on his side.

While the left prefers to combine.

if the Belgian often receives the ball after being moved, he has a little time to choose a goal for the pass into the middle or the flank.

"Thomas wants to let the last season be forgotten"

The two players could claim that they still need some time to get physically in top shape.

But it is also true that Guerreiro only won a good every fourth duel against the Berliners, with Meunier it was only a little more than 40 percent.

That has only to do with physical freshness to a limited extent.

Above all, Guerreiro has to improve when he moves in and leads duels in the center.

At Meunier, the past few weeks seem like a rebirth.

"Last season, he told me in our conversations during his vacation, Thomas wants to forget," Rose had said about Meunier's self-critical attitude before the game.

In the past season, the Belgian international often looked nervous, physically and mentally sluggish, his flanks landed on the concrete of the deserted standing stands.

Amused, the fans of BVB asked during the European Championship whether it was the same Thomas Meunier who performed well in Belgium's national jersey.

Even in the absence of an alternative, Meunier is now also set in Dortmund.

The next opponent in the Bundesliga is Borussia Mönchengladbach, Rose's former club. The coach would certainly not mind if things got less entertaining.

Meunier and Guerreiro as BVB entertainers with weaknesses to the rear

No comeback by Zagadou and Coulibaly: BVB is defeated 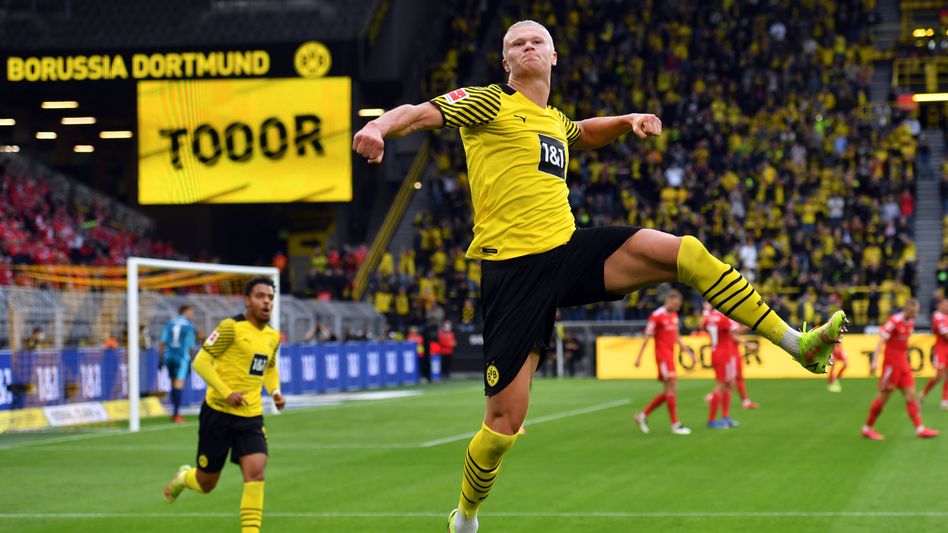 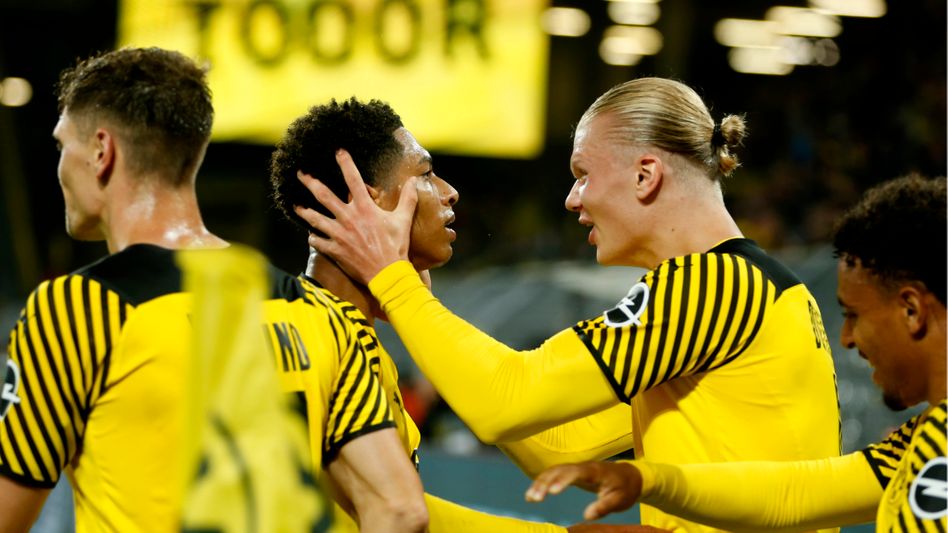 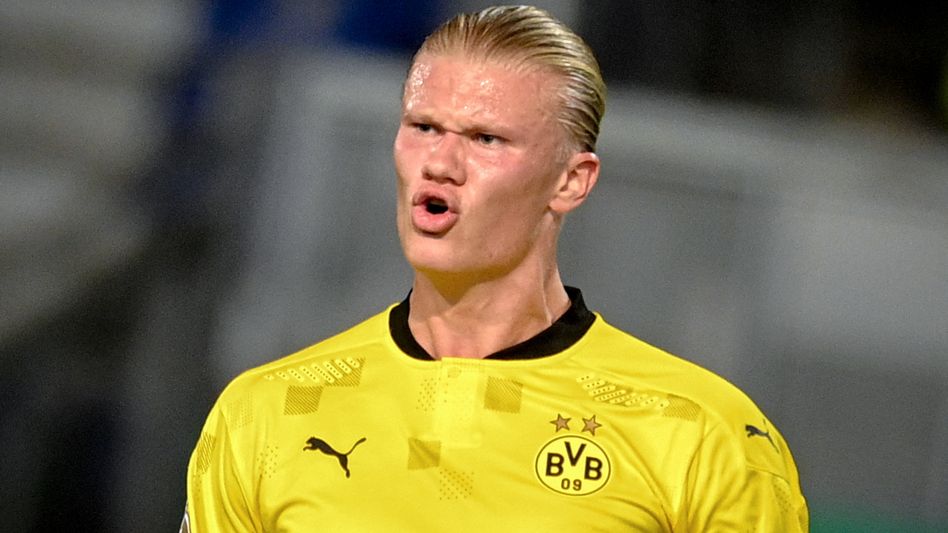 Borussia Dortmund starts the season with a 3-0 win: Rätsel at the back, Erling Haaland at the front