The unforgettable debut, the big mistake in his career, the difference between the championship teams ("Bachar bought players from all over the world, with us they came from the neighborhoods") and Idan Barkat ("I was a scout, we were not interested in what I offered"). We sat down for a conversation with Meir Bard, Barda originally, one of the greatest players who grew up at Hapoel Beer Sheva

The greatest hail of all: Meir hail recalls his beautiful days in Be'er Sheva

The unforgettable debut, the big mistake in his career, the difference between the championship teams ("Bachar bought players from all over the world, with us they came from the neighborhoods") and Idan Barkat ("I was a scout, we were not interested in what I offered").

We sat down for a conversation with Meir Bard, Barda originally, one of the greatest players who grew up at Hapoel Beer Sheva

The past year has been dramatic for Meir Hail.

The 72-year-old pensioner, who returned to live in Be'er Sheva after years outside the city, vigorously accompanied his wife Dina to Beilinson Hospital in Petah Tikva for a medical appointment.

"Without any warning I felt it was hard for me to breathe. My wife quickly sent me to the emergency room. I was lucky from heaven, I left about two weeks later after bypass surgery. Now everything is fine with both of us."

If you ask the old Hapoel Beer Sheva fans, those who were there in the 60s and 70s, who is the greatest player in the history of the club, many of them will answer that it is hail: "My family immigrated to Israel from Tunisia", he says, "My mother was already six months pregnant "And I was born in Pardes Hanna. They brought us from the port of Haifa straight from the ship to the Pardes Hanna transit camp. Father made sure that we were transferred to Moshav Gilat, but he did not want to engage in agriculture.

Abundant in longing and stories.

Hail's story is indeed the story of a boy who grew up in a slum.

"Until the age of 14 and a half, I only played in the neighborhood, sometimes even without shoes," he recalls. "In a vocational school, during breaks, we played cataracts on the embossments. There I was discovered and brought to Hapoel Beer Sheva, which established a youth group. By then I was already beginning to be identified with the number 8."

At the age of 17, in 1966, Hail made his debut with the senior team. "I was preparing for a youth game against Hapoel Jerusalem, an early game for our alumni meeting against them. One of the club leaders, Zalman Caspi, called me and asked me to come to the Aviv Hotel. I was not enthusiastic about the invitation because I did not want to sit on the bench. Coach Yehiel Moore I'm in the starting lineup. That Saturday our fans got to know a new name, Miro Barda. We won 0: 2, in a game refereed by Avraham Klein. I scored two beautiful goals for goalkeeper Benny Crocci in the 6th and 66th minutes. It was a game I wanted not to stop Until Sunday".

You started as Barda and immediately everyone knew you as Hail?

"Moore changed his name from Manar and led to a change of almost all the names from the Diaspora. Aflalo became a palm, and Aknin became a Negev, Ahmar became a redhead, Lilo Dbesh became Eliyahu Ofer and I became Meir Barad."

He not only became a hailstorm, but the football star of Beer Sheva and shook nets on the pitches.

Hail was called up to the youth team.

Barda who changed the name and the one who did not.

Meir with Aliniv (Photo: Courtesy of the photographers)

But not everything was honey. The 1969/70 season under coach Avraham Menchel became the low season of Beer Sheva. "In the 12th round, at the beginning of January 1970, we were defeated in Bloomfield by Hapoel Tel Aviv 8: 0. It was a catastrophic game that marked the way to relegation. "Bard recalled an incident with Menchel that season." We went to an away game against Hapoel Petah Tikva. The situation of the team in the table was bad and I did not like to hear the coach busy with the players' contracts during the trip and not in the game. I reprimanded him for it, Menchel called me a brat, asked to stop the bus and dropped me off at Castina Junction, from where I returned home on a ride. The game, by the way, ended in a 0-0 draw. "

And that was not the last story from that season. In the final game of the 1969/70 season, Hapoel Beer Sheva was already relegated. Maccabi Jaffa needed a victory to survive another season. I had a package of newspapers with 5,000 pounds, so that I would not interfere with Maccabi Jaffa winning at home. I refused and returned the package with the money. The referees brought to this game the referee Pius Campbell from Switzerland to prevent sales.

Hail was the most prominent offensive player on the team.

Coaches asked for the balls to go through him.

He recorded 13 games for the Israeli national team and was in Sheffer's squad for the 1969 game against Sydney in Australia, in which Motla Spiegler scored the goal that lifted us to the World Cup.

Hail did not go to Mexico, in his opinion due to the same incident with Menchel.

"I once said to improve that there are players on the team who swear while playing and interfere," he recalls, "Improve smiled and told me 'curse you too'."

Hapoel Beer Sheva was relegated to the First Division, Southern District, and coach Musi Litvak came to the team.

Four years later the team made history under Lewkowicz and won the championship in 1974/5 and 1975/6, an achievement that was only restored 40 years later. If there was no doubt which dynasty would have been more exciting. "Lebkowitz's championships were championships of homemade players from the neighborhoods and football from the movies. Almost all the players were from the difficult neighborhoods of the city, it should be remembered that Be'er Sheva had only 70,000 residents, of whom over ten thousand spectators came. One million shekels and procurement players from all over the country and the world flooded the city. "

I asked who the two great players of Be'er Sheva were during his time.

"There is no doubt that Avraham Noma gave his heart and soul in every game," he says.

Ben Dor was part of the team that qualified for Montreal in 1976, games from which hail is absent, and not because of the performance on the grass.

"We trained before the games. We were given a holiday to spend the evening until 22:00. I returned with Rafi Eliyahu one hour later, and coach Dovid Schweizer sifted us through. It cost us the loss of the Olympics."

Meir Barad in the youth team uniform (Photo: courtesy of those photographed)

In 1978, Bard left for Hapoel Haifa. He tells why. "I received statements, ostensibly, from coach Eliyahu Ofer that he does not want me and has an intention to release me. I did not want to create headlines and noise and I left for Uri Weinberg's Hapoel Haifa and later for Motla Spiegler and we survived the relegation."

For him it was a mistake. "The nonsense of life," he calls her and explains. "I did not listen to requests to continue and not leave. I had a leading sports store in the city. In my stupidity I did not listen to my many lovers and friends. Hapoel Beer Sheva fans called me a traitor, the crowd boycotted me and did not come to my store, business was completely destroyed and it hurt me greatly.

After a year at Hapoel Haifa, Hail returned to Hapoel Beer Sheva, which he left in 1982 for one season at Hapoel Jerusalem.

He returned to Be'er Sheva, this time to Betar, moved to Hapoel Dimona and in 1984, at the age of 35, retired. "In the Facebook groups, the fans have a great love for me," he says.

Over the years as a player I used to put kids on the field without a ticket.

I meet older people on the street and they remind me of the fact that I put them in games because they had no money. "

And what goal does he remember?" The goal in Bloomfield against Hapoel Tel Aviv.

I kicked a ball outside the box to the top net, goalkeeper Arie Bejarano did not move a hand, 2: 2 at the end. "

Do you have a connection to Alona Barkat's Hapoel Beer Sheva?

"I started with Alona as a youth scout. The club was more interested in signing players from other places, there was no interest in what I offered and so I left Hapoel Beer Sheva. I come to say hello, and support outside the team, no more."

Pashich joined the list of those in danger. Van Leven will not account for this? - Walla! sport 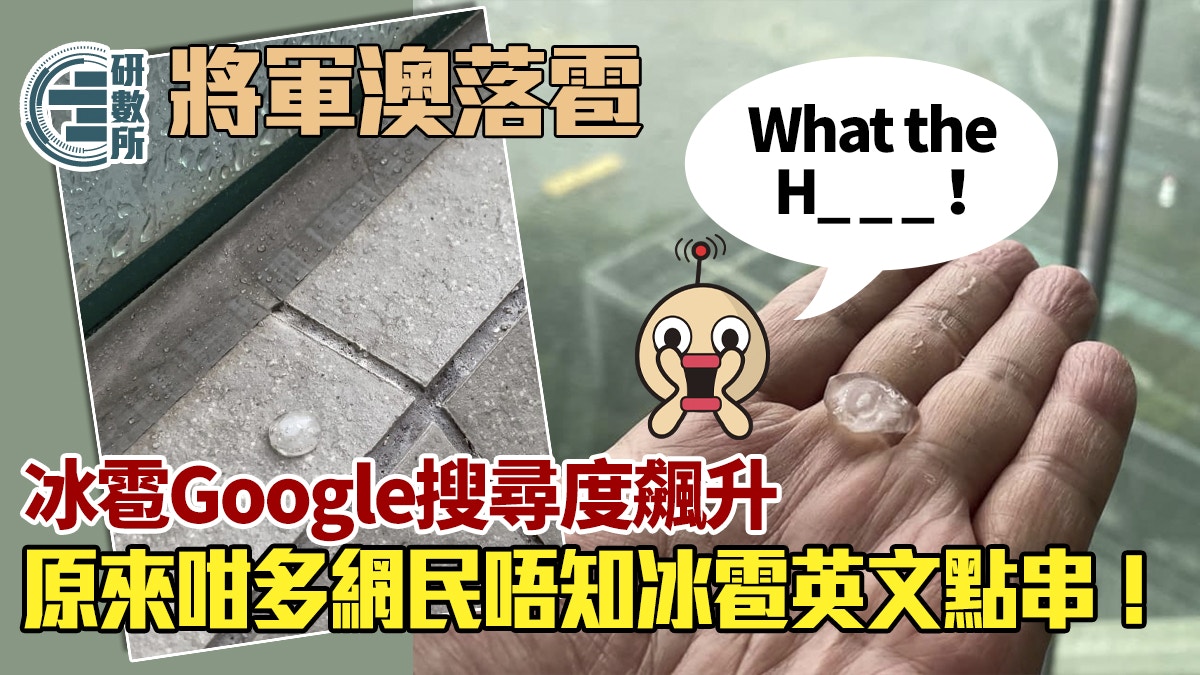 After the shock, Maccabi Haifa understands: "There is no time to think, we must give the game of our lives" - Walla! sport

Sea, land: Will Maccabi Haifa be able to maneuver between the league and Europe? - Walla! sport