Together with a suspect in war crimes: a picture of Djokovic ignited the Balkans - Walla! sport

The tennis player spent time with Milan Yulovic who commanded a special unit in the Yugoslavian war. In Bosnia they were furious: "It's always going to wallow in the Balkan mud"

Along with a war crime suspect: a picture of Djokovic ignited the Balkans

The tennis player spent time with Milan Yulovic who commanded a special unit in the Yugoslavian war.

In Bosnia they were furious: "It's always going to wallow in the Balkan mud"

Novak Djokovic plays tennis with his son (from Twitter)

A picture of Novak Djokovic at a dinner a few days ago at a hotel in Bosnia excites the Balkans and ignites the ethnic tension that only needs one flick to make a big bonfire.

The Serbian tennis player arrived in the neighboring country on the occasion of the wedding of the judoka Nemanja Maidov, and decided to take advantage of the visit to check in at the hotel owned by his close friend, former athlete Senjana Paikic-Yulovic. The latter has represented Yugoslavia in many competitions and even won the European Championships in the 1,500 meters in 1990, and for the last 10 years she has been battling cancer.

Everything was good and beautiful, until someone decided to photograph the world number one sitting in the hotel with the former athlete's husband, Milan Jolovic, by his side. And it's been a red sheet for quite a few people.

Julowicz was the commander of the "Madrina Wolves" unit during the Yugoslavian War - a military unit of the Republika Srpska (the Serbian minority in Bosnia), which fought against the declaration of independence, or in other words, against the Muslim majority.

In 1993, Yolovitch's unit saved the life of Ratko Mladic, the "butcher from Srebrenica" and a heinous war criminal who was tried in the International Court of Justice in The Hague and is serving a life sentence.

Following the saving of Mladic's life, Yulovich rose through the ranks and became one of the esteemed commanders in the army of the Republic of Srpska, and of course one of the people hated by the Muslims.

The image went viral and Djokovic came under fire.

Serbian media reported that the tennis player had no prior acquaintance with Yulovich, but the picture with a man suspected of war crimes (no indictment was filed against him) made quite a bit of noise.

On Radio Sarajevo, for example, it was mentioned that Yulovich held a senior position in the army during the Srebrenica massacre, which had already been recognized as genocide.

Crime Empire: This is how Obilic won the Serbian Championship in 1998

Djokovic did not respond to the storm, but Yolovitch said: "Nola is friends with my wife Senjana and he came to our hotel to meet her. Of course I joined them and invited him for coffee, like any good host. Tried to file indictments against me in the past, but everyone "They know I am spotless. I was an honest officer and acted in accordance with the Geneva Convention. On the Muslim side, they know this very well."

Yolovitch continued: "Critics and haters do not like anything Serbian, neither Novak nor me. I do not think the reviews interest him, he is used to dealing with them. He is a great person. I saw how people approach him asking to be photographed with him, he never refuses. He finds time for everyone, he has greatness in him. "

Journalist Dragan Borsach was unimpressed by the explanations and wrote on Radio Sarajevo: "Djokovic could be the greatest of all time, serve as a role model and help people in a billion ways. He could transcend it all,But he always chooses to jump off the Mostar bridge and wallow in the mud of the Balkans. "

Together with a suspect in war crimes: a picture of Djokovic ignited the Balkans - Walla! sport

Leo Messi presented a new jacket and was attacked on Instagram: "How are you in favor of Israel?" - Walla! sport 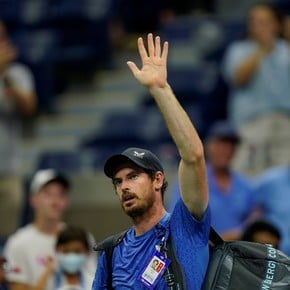 US Open: Djokovic debuted with a win and is six games away from the long-awaited 2021 Grand Slam