Ankle alongside thumb: Kevin de Bruyne is getting ready for a week of crucial games

Manchester City kept Kevin de Bruyne from recurring an ankle injury and allowed him to get into things at his own pace, to get him ready for three huge games in eight days.

The first test will be against ex-Chelsea and best friend Lukaku (Saturday, 14:30, Sport1)

Why did Kevin de Bruyne play 90 minutes on Tuesday?

This could be a very fundamental question if something in the Belgian star's recovery process goes wrong - and it could happen according to what could be heard from the Manchester City medical staff.

Since the start of the season, the club has been talking about the need to gradually integrate the playmaker, because his ankle has not yet fully recovered after hitting the Euro 2020 quarterfinals, so there is a tendency to keep him for only important games at this stage.

Indeed - until this week de Brauna opened only once - against Leipzig in the Champions League, so he provided a good performance and was replaced after 71 minutes. In the league, he has only appeared twice so far as a substitute, and even in the previous round, when City had a very hard time breaking through Southampton's thickened defense, Pep Guardiola used him for just 25 minutes. It didn't help, and the home game ended in a draw - which caused a gap from the top three to grow to 3 points. Chelsea, Liverpool and Manchester United - who claim the crown the Blues will try to keep - meanwhile are looking at the champions from above, and little Brighton is also above them.

The Manchester City schedule is very challenging this coming week.

She has two particularly difficult away games against Chelsea and Liverpool, including a visit to Paris Saint-Germain in the Champions League.

These are exactly the tests against which Pep and the doctors apparently kept de Brauna, in the hope that he would be able to get the most out of himself.

Why, then, did the coach prefer to send him to the battle against Wicom in the League Cup, plus let him be on the pitch for an entire game, even though he was decided early on and ended in a crushing 1: 6 victory?

De Brauna enjoyed against the team from the third division, scoring a very nice goal and squeezing a lot of compliments, but that is not the challenge that should interest him at this stage of his life.

Will it cost him dearly on Saturday against the most important opponent?

It has been a difficult year in terms of health.

4 months ago de Brauna experienced the most disappointing and painful evening of his career, against the mythical ex in the Champions League final. It started with a lot of hopes and the captain’s armband on the arm, and ended with an injury to the face and eye socket after a collision with Antonio Rodiger, who was accused by City officials of violent behavior. Without making her game, Guardiola's side lost 1-0, and the biggest goal of the season was not achieved. For the Belgian, it was a double blow because it damaged his participation in the European Championship, and he came off the pitch crying.

Overall, 2021 is not a successful year for de Brauna in terms of health. He started the year with a muscle strain in January that sidelined him for a month. This continued with problems that threatened his participation in the Champions League final, which is why he even missed the previous league game against Chelsea in May. For the big battle he was trained, but then encountered Rodiger's sturdy body - and so Euro 2020 was in doubt until the start of the tournament. After missing the game against Russia, de Brauna went into good shape just in time, but Portuguese Jose Palhini destroyed his ankle in the quarter-finals, and it was the most serious injury of them all.

Somehow, in an act of heroism and contrary to logic, taking a big risk in the long run, de Brauna chose to play in the quarter-finals against Italy.

"It was a miracle I played today because there was an ankle injury, and there is a tear in the ligaments. I want to thank the medical staff. I felt a commitment to play for my country," he said after falling defeated despite all efforts.

Manchester City were horrified when they saw the pictures and heard the things, because those 90 minutes in Munich called into question the whole new season.

The qualifications of the most important star of the team are not guaranteed at all now, so very few have used it so far.

What does it mean to change direction in front of a vacuum?

Detailed answers on the subject were not given.

"Step by step, Kevin will return to his best. We need him so badly," Guardiola said on Tuesday, and it now remains to be seen if the bet will pay off for him against Chelsea. In the last 3 meetings in the Premier League against the Blues in which he was fit and took part, de Brauna found the net. Therefore, on Saturday afternoon he has a chance to equal the record of conquest in consecutive games against Axis which stands at 4 and is set by Craig Blamey against Newcastle.

It's not a trivial matter, although the Belgian always prefers to cook, of course - and in this context it is very surprising to find that throughout his career he has had only one assist against Chelsea. This happened last January, in the critical 1: 3 win at Stamford Bridge, when the Belgian arranged Phil Foden's goal and brought the end of Frank Lampard's term as host manager very close. Thomas Tuchel, who came in his place, has completely changed the momentum, and now Chelsea are a very serious candidate to win the championship, thanks in part to de Brauna's best friend on the team.

This friendship with Romulo Lukaku became very close in the few weeks they spent together at Chelsea in 2013, before parting ways. De Brauna, a declared Liverpool fan in his youth, never aspired to return to Stamford Bridge. For Lukaku, who has always been a die-hard Chelsea fan and hung pictures of Didier Drogba in his room, it was a completely different story, and in August he returned to the stadium of his dreams to open his second term on the right foot.

Over the summer, Manchester City fans in particular had expectations that Lukaku could be tempted to come to them and fill the place left by Con Aguero, while the club concentrated all its efforts on tough and failed negotiations with Tottenham to acquire Harry Kane. "I have no better friend than Kevin on the team. We tell each other things that no one but us knows. We trust each other completely," said Lukaku - and who knows, maybe the £ 100m that went to Aston Villa could have been invested in him. Jack Grillish.

But that no longer matters, and the two friends renew the "rivalry" in the Premier League, with health at least now Lukaku's hand is on top.

Will De Brauna's ankle hold up in the first big game of the season?

Very much depends on it. 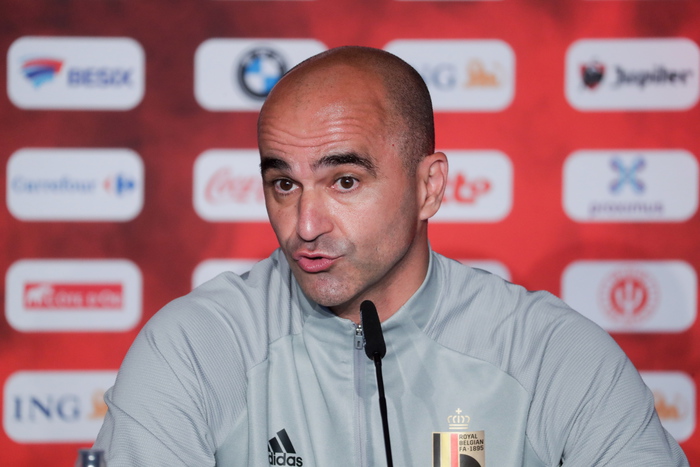 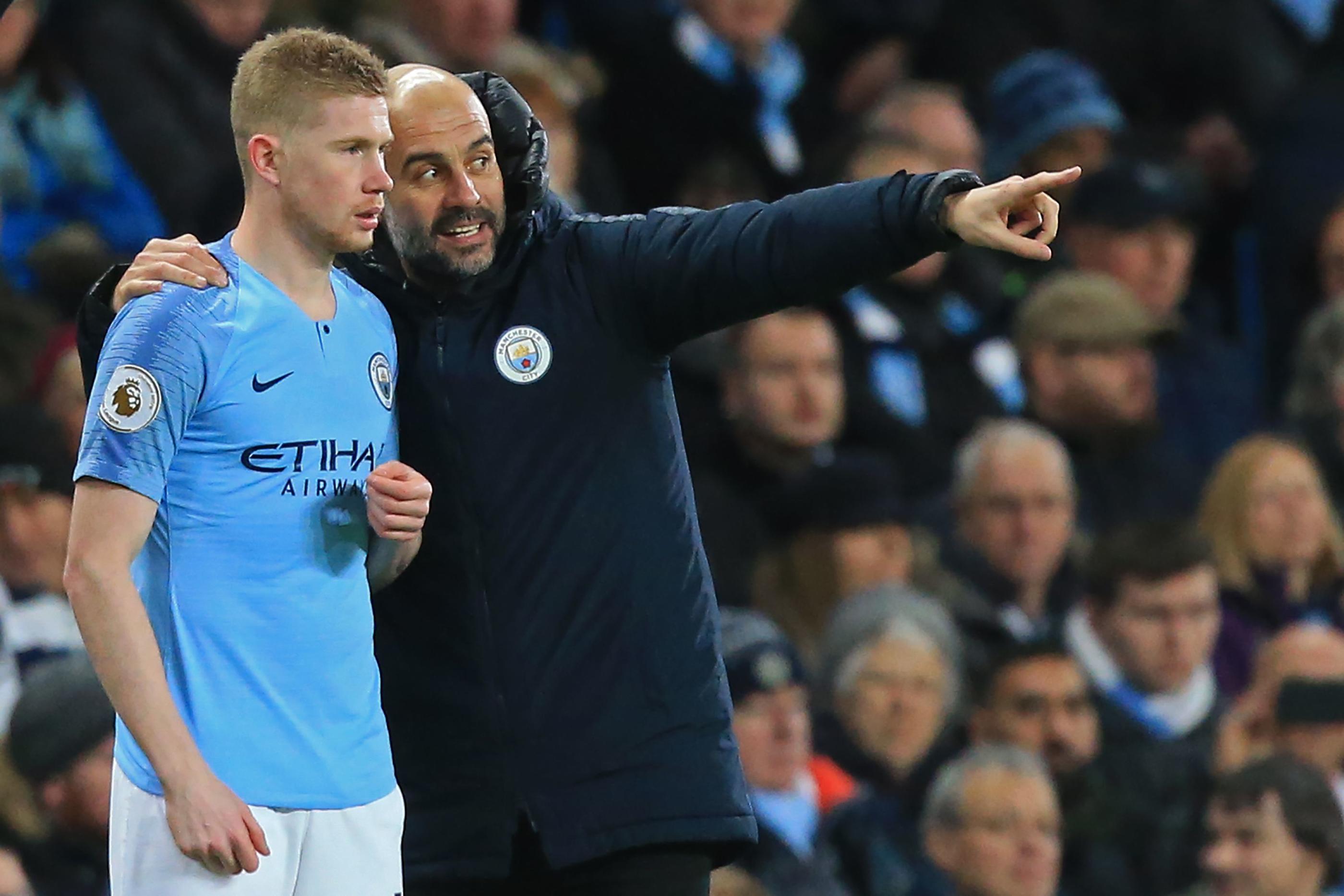 De Brauna, Caneta and Giorgini are nominated for the UEFA Player of the Season title - Walla! Sports