DECRYPTION - Player most used by Mauricio Pochettino since the start of the season, with Achraf Hakimi, the Parisian titi seems to gain strength after having chained insufficient services. 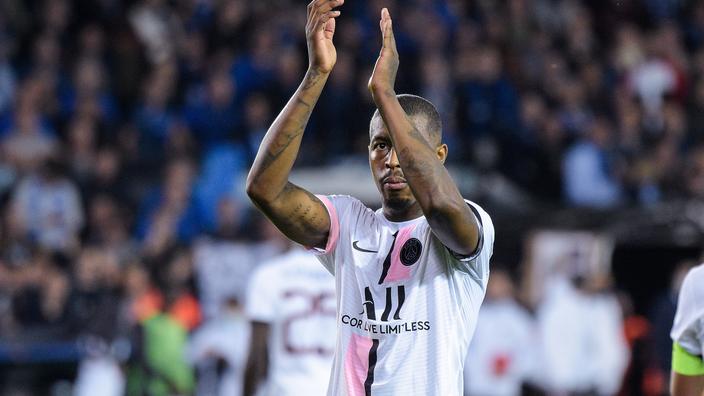 The roller coaster for PSG? After two successes snatched in stoppage time, against Lyon (2-1) and Metz (1-2), Mauricio Pochettino's players welcome Montpellier this Saturday (9 p.m.), during the eighth day, with an immaculate record in championship. Seven matches, seven wins. Enough to have a seven-point lead over OM in the standings, with five goals better than the second Ligue 1 attack, that of… Montpellier. A good test for the Rouge et Bleu, in search of balance and consistency. “

If you want to be offensive, to go forward, you have to take risks. And that offers opportunities for the opponent ... But in view of the context, I am happy with the evolution of the team. We must continue to work, to improve and to become more solid

Who knows he can count on Presnel Kimpembe to plug the gaps behind.

Despite the ankle pain that he has been dragging for several weeks, the 26-year-old titi is the most used Parisian player since the start of the season with Achraf Hakimi, double scorer last Wednesday at Saint-Symphorien. They have both participated in nine meetings since the resumption, including eight as a starter, with 716 minutes each. Despite his participation in Euro 2020, Kimpembe was keen to resume earlier than expected and he was already on the meadow for the Champions Trophy, on August 1 in Tel Aviv (Israel), against Lille (0-1 defeat) . Add to that three times 90 minutes under the colors of the France team and you get a program for the least consistent. Close to overload.

“PSG is my club at heart, the one in which I grew up, where I learned everything.

Wearing this badge is always a pleasure.

At least as much as the neo-Montpelliérain Mamadou Sakho in his time.

Which Sakho, insufficiently recovered from his ankle injury, will also miss his reunion with the Parc des Princes.

It's my club of heart, the one in which I grew up, where I learned everything.

I did my first classes there.

Coming back and wearing this badge is always a pleasure,

”smiled Kimpembe at the start of the season, via the club media.

PSG is a great club, which is growing year after year. Recruiting the best players season after season is always a pleasure. The door is always open for all the big players who want to come. It's a pleasure to play and train with them.

In this case, Paris, gluttonous in the transfer window, in particular put the hook on a certain Sergio Ramos, a legend of Real, a legend simply.

This perhaps pushed the native of Beaumont-sur-Oise to move on very early, just to make himself as essential as possible in the eyes of his trainer and the rest of the workforce… It's a bit the same story as a team from France, where the arrival of Théo Hernandez could ultimately encourage Didier Deschamps to refocus his brother, Lucas, in the axis alongside Raphaël Varane.

We know Kimpembe's qualities. A central back at ease with the ball, sometimes to the point of excess, who defends by advancing, is not afraid to go to the duel, a warrior. He is also one of the vice-captains of the team, he who sees himself as a "

»For the titis who have the opportunity to join the pros. Able to evolve at the level of the best, Kimpembe is also guilty of some mistakes here and there. Enough to inspire doubt as to his ability to evolve regularly at the highest level ... Since the start of the season, he has also been somewhat feverish in the heart of a defense that has changed quite a bit, between the late return of Marquinhos - who is not seen as calm as usual at the moment - and the recruitment of Nuno Mendes at the very end of the transfer market. Kimpembe, he seems to gain strength, with solid performances against Lyon and Metz. And this despite the kilometers traveled.

But by having anticipated the call to resume early, Kimpembe gave himself every chance to regain his best level as quickly as possible.

Like Ander Herrera, hard at work from the start and that we see to his advantage at the moment, with in particular four goals in all competitions.

Montpellier and Manchester City on the menu

Obviously, you won't find Presnel Kimpembe in this list of scorers. It's not his forte… In fact, he only scored once with PSG. It was at Old Trafford, in a 2-0 victory over Man. United in 2019, on behalf of the 8th return of the Champions League. His impact is felt in other areas of the game. “

The goals of the club and mine are the same: to win everything. I am a competitor,

”he hammered at the start of the season. With a Kimpembe at the top, Paris will have a better chance of achieving this. Especially in L1, where the club had "

" last season and let the title slip away in Lille. Charge to "

»And company to continue their card full against the MHSC, before turning to Manchester City in C1 (the program of the second day here).

While waiting to see Sergio Ramos, who has still not been able to play with PSG, reshuffle the cards in the coming weeks? 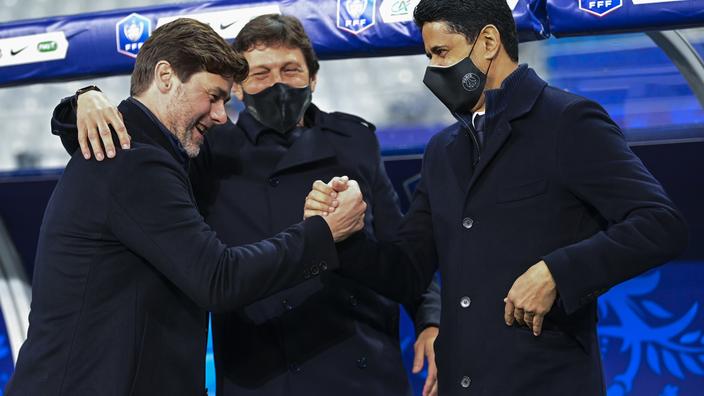 Resumption at PSG: this time, Mauricio Pochettino is expected at the turn 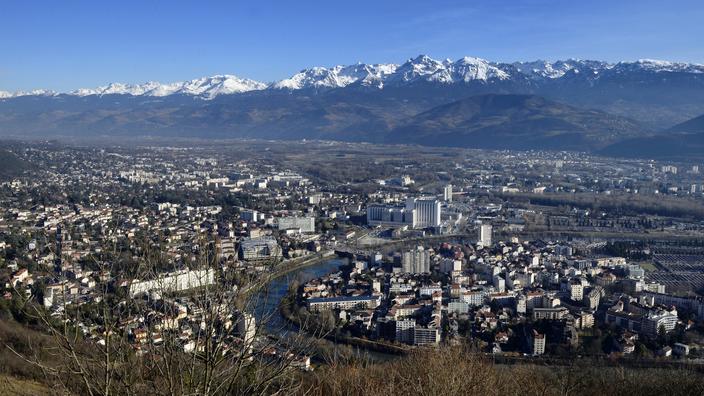 Mass in Latin: parishioners from Isère go on strike for the quest after a press release from their bishop 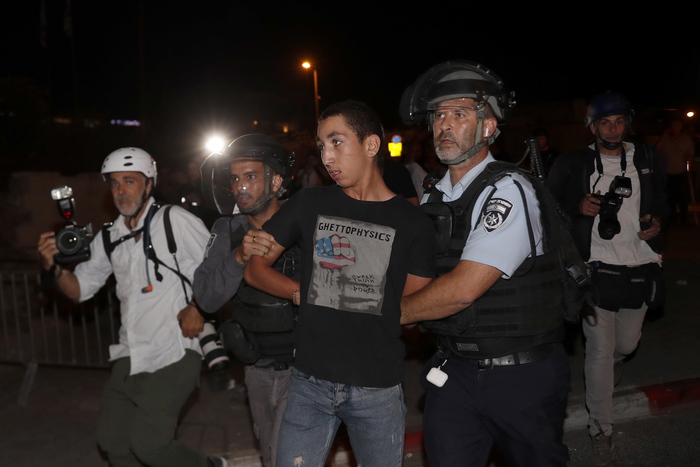 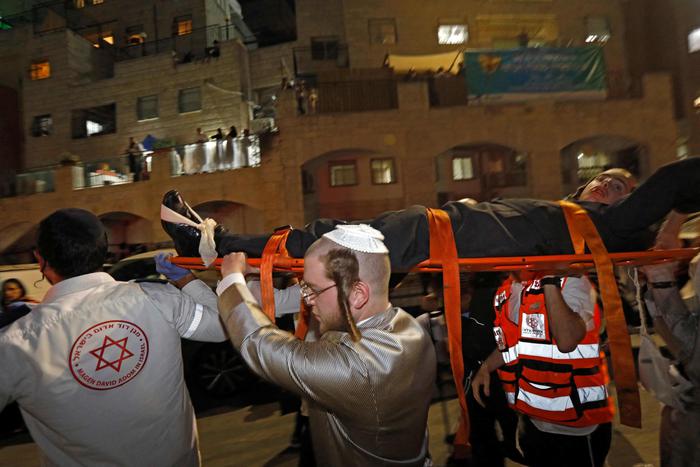 Collapse in a synagogue in Jerusalem, dead and wounded 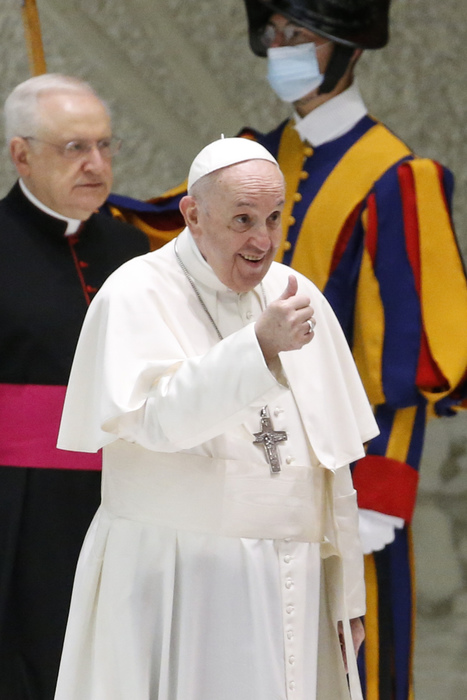 Pope: with a smile among the faithful, one month after the intervention