Germany's 1996 European football champions celebrated a reunion after 25 years. But there was a little surprise at the group photo. But there was a little surprise at the group photo.

The opponents, the goal scorers and the stories behind the respective tournaments are also well known.

But what about the European championship titles?

It should be more difficult then.

In 1972 and 1980 the DFB put on the European crown, but the title in 1996 should be even better remembered: Germany defeated the Czech Republic at the legendary Wembley Stadium, Oliver Bierhoff scored the first golden goal in history, and his jubilee run will not be forgotten.

Now the current DFB director met his teammates from back then: After 25 years there was a reunion at Europa Park Rust.

DFB: reunion of the European champions in Europa Park

The initiator of the “class reunion” was the then national coach * Berti Vogts: The 74-year-old was happily surrounded by his team, which was “the star” for him, just as it was back then in London. Many former players who are now in various positions in football came. Eight European champions were missing in Rust, including Stefan Kuntz, who was presented as the new Turkish national coach in Istanbul on Monday.

Well into the night, the Wembley heroes in Europa Park Rust reveled in captain Klinsmann and the former firehead Matthias Sammer in EM memories - and of course Bierhoff's decisive golden goal flickered across the screen.

"The boss had a brilliant idea to replace Oliver, which we all didn't understand," joked Klinsmann about the joker role of the double goal scorer and match winner in the final 2-1 win against the Czech Republic in the direction of the then national coach Berti Vogts .

At the tournament in England, the DFB team * had to overcome great resistance such as injuries, suspensions and arrears, as Klinsmann recalled at the gala. In Jens Todt, a player was even nominated. Field player jerseys with their numbers were prepared for substitute goalkeepers Oliver Kahn and Oliver Reck. “That was the European championship of camaraderie, brutal will and the team behind the team,” praised Klinsmann, whose final appearance a few days after a torn muscle was a miracle.

Joachim Löw also stopped by the meeting of the last German European champions near his place of residence in Freiburg. A good three months after his personal outing against England and saying goodbye as national coach, the 61-year-old enjoyed a few sociable hours on the first of the two evenings with old companions such as ex-boss Klinsmann or his long-time goalkeeping coach Andreas Köpke. He's fine, said Loew to a familiar group over a glass of red wine. After 15 years as national coach, he is still feeling his way into life after the DFB. And there was another guest of honor: Philipp Lahm. The 2014 world champion captain * and organizer of the EM 2024 was happy to receive the invitation and wrote on the social networks: "It was nice to chat with familiar faces again."

DFB: European champions take souvenir photo - but a person is not a footballer at all

But in the picture there was actually still a man who did not become European champion in 1996.

Someone who wasn't even in the squad - wasn't a professional footballer at all!

So how did the former tennis star make it onto the souvenir photo of the Wembley heroes?

Simple explanation: Somehow Becker was part of the team.

At that time he was constantly in the team hotel for treatment after his injury-related Wimbledon.

In the end, Vogts even allowed Becker to take the team bus to Wembley Stadium.

“An unbelievable experience”, as the noble fan raves 25 years later.

The special role of the tennis hero in winning the title and on the night of the final, after which he woke up "in the arms" of Möller, was discussed intensively.

"It was a perfect night to celebrate with Boris," remarked Möller, who had been banned in the final like Reuter.

At a dinner with mother Elvira, a photo is created that his fans celebrate on Instagram. ** - * tz.de and ** Heidelberg24.de are offers from IPPEN.MEDIA. 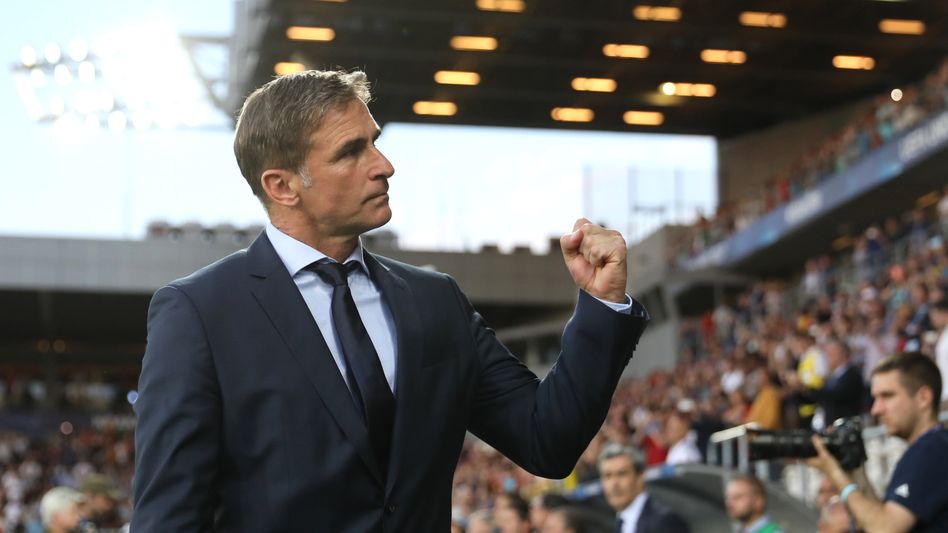 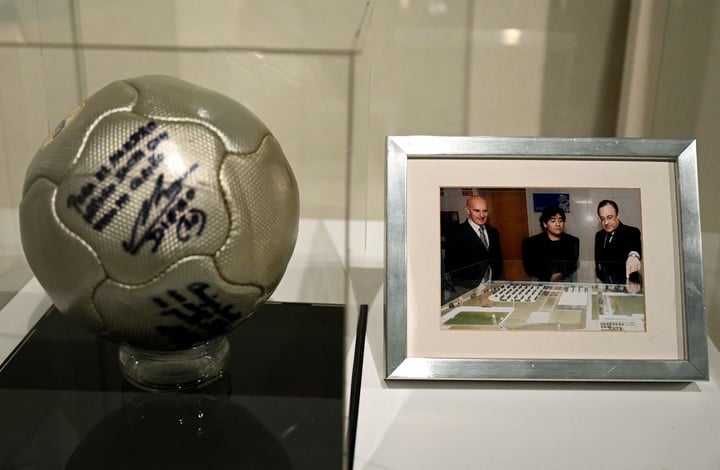