FC Bayern also wins against Greuther Fürth, who have been promoted to the Bundesliga. A man from Munich flies off the pitch with red, Julian Nagelsmann rages. The game in the ticker for reading. 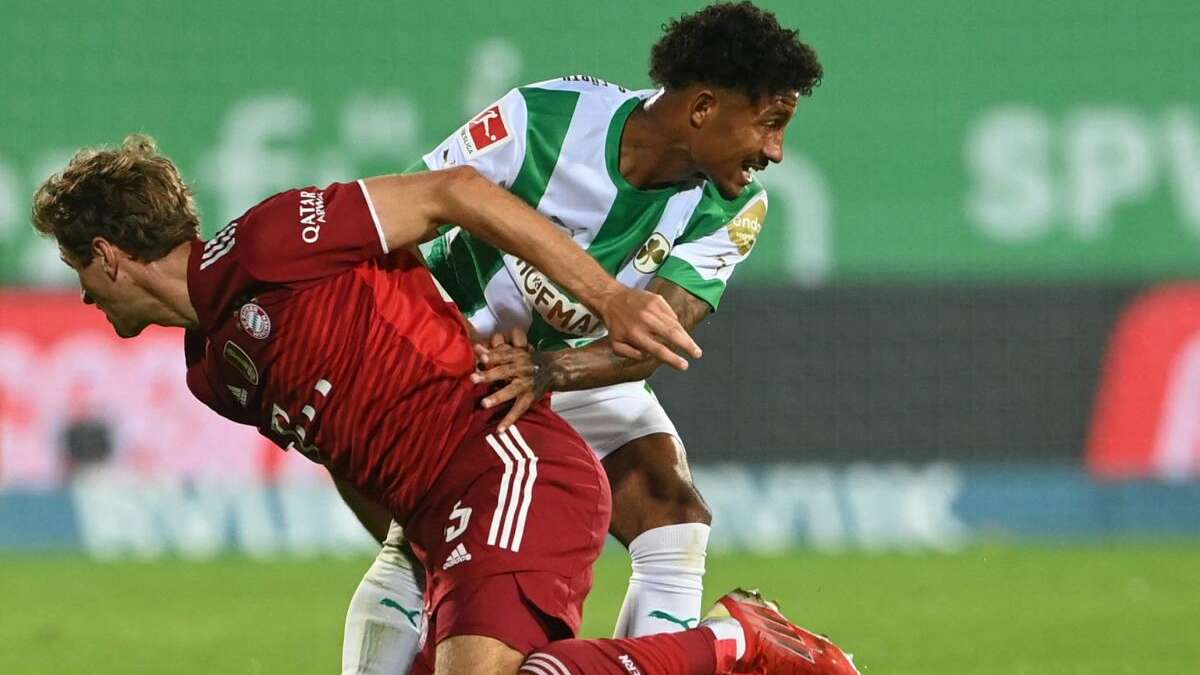 FC Bayern also wins against Greuther Fürth, who have been promoted to the Bundesliga.

A man from Munich flies off the pitch with red, Julian Nagelsmann rages.

The game in the ticker for reading.

But a Munich man gives himself a dropout - and Robert Lewandowski * remains pale.

FC Bayern wins despite being outnumbered in Fürth.

Is there still something going on here for the Franks?

After the replacement of Süle, the assignment in the Munich defense is not correct.

A sharp cross in front of the box and a massive header from the Swiss.

Newer has no chance.

: Ex-Bayer Green is allowed into the cabin, Leweling is allowed to play.

82nd Minute: There is a chance for Fürth!

Bayern lose the ball behind. But Itten fails from close range and an acute angle to Neuer, who parries in the style of a handball goalkeeper.

Gnabry replaces Müller in the attack.

The Franconian resistance is probably broken.

There will probably be the next victory for Munich.

Greuther Fürth - FC Bayern in the live ticker: own goal at Ronhof

I guess that's the decision!

Sharp ball from the right.

The Fürth wants to clarify in front of Lewandowski, but pokes the ball with the tip himself behind the line.

The FCB coach complains continuously to the referee - and is cautioned to the applause of the Franconian audience.

The Austrian should support Kimmich and Goretzka in the middle.

59th Minute: Lewandowski can provide relief, comes free in the penalty area to the header.

But he beheads exactly on Burchert.

57th Minute: Bayern can get some air.

Lewandowski runs to many rooms, Müller conducts his colleagues.

52nd Minute: After being sent off against Bayern, the people of Fürth sense their chance again.

And so the Franks attack briskly.

: A clear emergency brake from the French against Green, who would have been through.

He prevents a clear scoring chance.

But he also hits the former Munich at ankle height.

46th Minute: It continues in Fürth!

44th Minute: Yellow card against Sané (Bayern): The national player wants to shoot, but instead kicks a Fürth full against his shin.

The record champions' superstars patiently play the ball back and forth.

They are looking for the gap.

Artistic Lewandowski puts the ball with the hook against the crossbar while standing in the air.

The dominance of Munich is now downright overwhelming.

The ball is placed across the goal line.

But Lewandowski and Müller just miss.

35th minute: And again an Upper Bavarian attack rolls towards the Franconian gate.

Sané plays back with the hook, but finds only one Fürth.

Again played out simply and neatly.

Kimmich is staged in the penalty area and pushes the ball millimeter exactly right next to the post.

In this scene, the people of Fürth have no access at all in front of the gate.

29. Minute: Goretzka with the next degree.

But again the international shoots past the left.

The audience is back.

The bottom of the table defends itself against the first.

: The striker is clearly too late against Hernandez.

This will result in a warning.

15th minute: The people of Fürth have to collect themselves first - that applies to the team and the fans.

Davies has a lot of space on the left and ignites the turbo.

The Canadian plays sharply inwards, where Müller pulls off flat and places the ball precisely on the inside post.

8th minute: With the Fürthern there is an ex-Bayern player in the squad with Julian Green.

So far there has been no getting through for him.

3rd minute: The chance for Bayern!

Groetzka simply sticks to it from the second row.

2. Minute: Fast ball into the top of the Fürth.

Neuer has to rush out of his box and hit the ball away.

Fast-paced start at the Rohnhof.

1st minute: It starts in Fürth!

The mood is really splendid.

look at the 2nd Bundesliga: Jahn Regensburg has won 3-2 against Aue and has now taken the lead again with 17 points.

Heidenheim won 2-1 against Darmstadt and is second in the lower house.

Bavaria's sports director Hasan Salihamidzic speaks at DAZN about Leroy Sané and says briefly: “We have to stop just looking at him.

He does it very well, the team works very well too. "

How do the Franks want to cause problems for Bayern?

“It will be important that we interrupt game sequences.

That means that we can't leave Bayern permanently in possession of the ball.

We have to move forward, ”says trainer Stefan Leitl at

The native of Munich continues: “There are rooms behind the high-standing full-backs.

It looks like the Canadian Davies will play offensively today - next to Müller and Sané.

Nagelsmann brings a lot of speed for the outside.

Sabitzer and Musiala are only sitting on the bench, and youngster Stanisic also has to be patient.

.: In the 2nd Bundesliga, another Bavarian club is causing a sensation at the moment.

Jahn Regensburg leads 2-0 against Aue and is, as of now, leader of the table with 17 points.

Do the Upper Palatinate have games against the big Bayern Munich soon?

: The game association celebrated its 118th birthday yesterday, Thursday, and will therefore wear a special striped jersey this evening.

“Our Frankenmeister jersey should unite tradition and modernity just in time for our anniversary,” explains Fürth managing director Holger Schwiewagner.

: Julian Nagelsmann has to do without the injured Sven Ulreich (inner ligament tear in the knee) and Corentin Tolisso (calf problems) as well as Kingsley Coman after his heart surgery this Friday evening.

Munich / Fürth - FC Bayern Munich * has been where the German record champions * sees themselves since the last (5th) matchday - at the top of the table in the Bundesliga *.

The last time it was 7-0 against VfL Bochum, before that was 4-1 against RB Leipzig * and 5-0 against Hertha BSC.

There is no question that the Bundesliga giant * got rolling early this season and does not act to slow down under the new FCB coach Julian Nagelsmann *.

So far it seems that only VfL Wolfsburg (also 13 points) and Borussia Dortmund * can keep up.

With today's opponent from Franconia, however, it doesn't work at all.

The Bundesliga * promoted player has lost four of his five games this season and only got a measly point (1: 1 against Arminia Bielefeld).

Of course, that would be too little in the final accounting for a stay in the top German football class.

In the video: Rüdiger to Bavaria?

Nagelsmann nevertheless issued a mandatory warning about the Fürthers.

“If we win, everything will be normal.

If we lose, they say we underestimated them.

'Our goal is crucial' is the heading above our tactical plan.

We need three points, only those will bring us further to the goal of the 10th championship in a row, "said the 34-year-old Upper Bavarian at the press conference on the away game:" We get as many points against Fürth as in a game against Dortmund.

We can develop further.

We have nothing to give away.

We will certainly not underestimate anyone. "

Follow the Bundesliga game Greuther Fürth against FC Bayern * on Friday evening from 8.30 p.m. here in the live ticker. 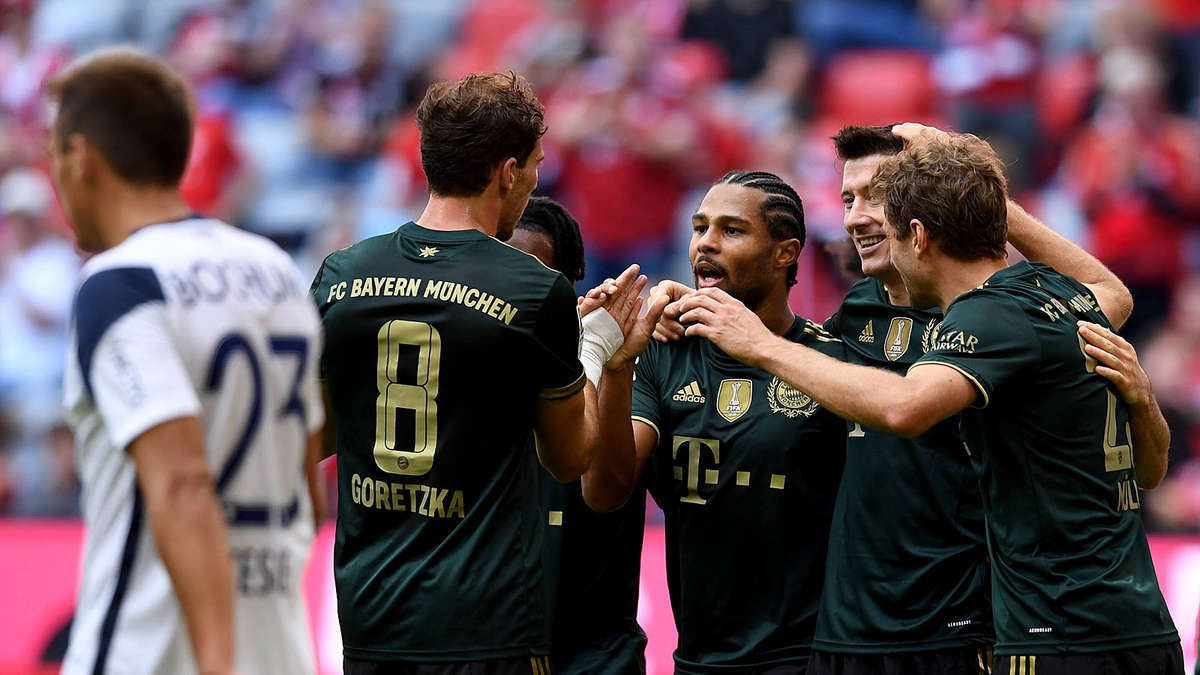 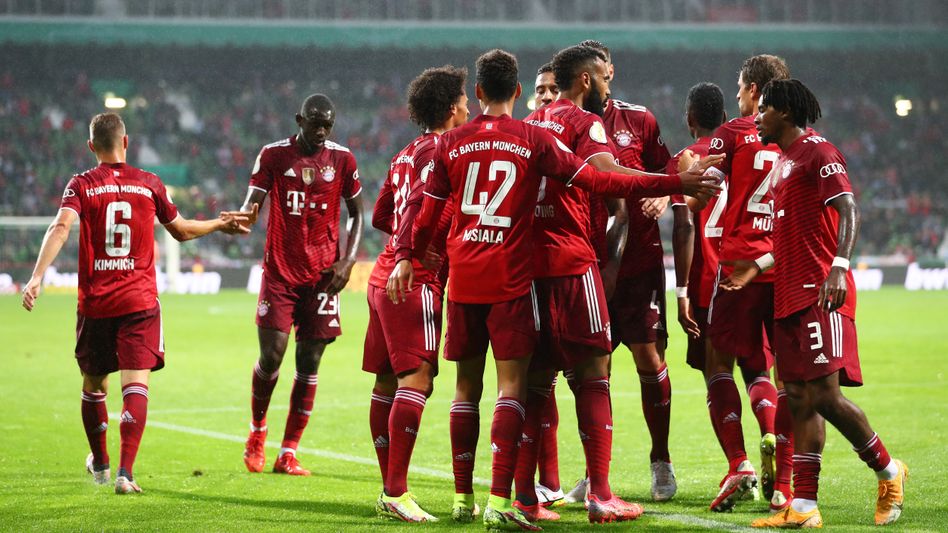 DFB Cup: Bayern does not give Bremer SV a chance

RB Leipzig against FC Bayern in the live ticker: Nagelsmann can look forward to two things 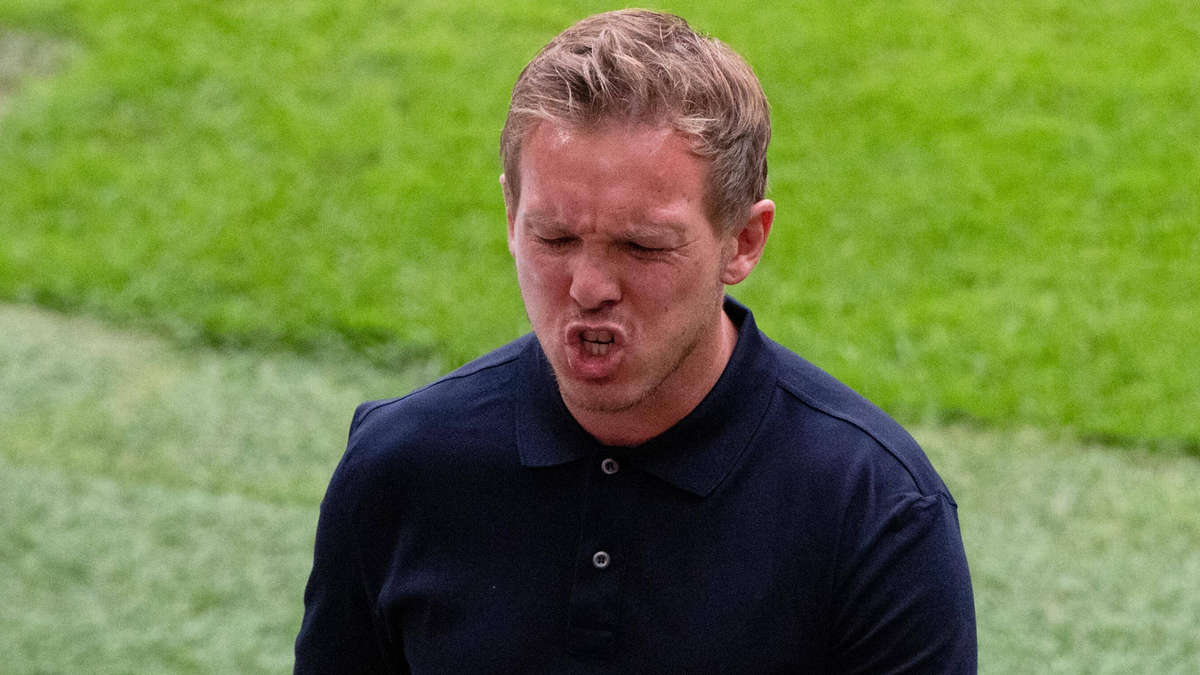