In 2008, a strange move to Italy almost ended the liaison prematurely.

Munich - What would the history of the German record champions look like if Bastian Schweinsteiger * had left the club in 2008 and not until 2015?

One can only speculate about this, but the latest statements from the former midfield strategist will bring the hearts of Bayern fans to a boil.

"My bags were already packed for Milan," reported the 37-year-old on Sunday evening as part of the Nations League broadcast on ARD.

It is the summer of 2008, Schweinsteiger had recently become vice European champion in Austria and Switzerland with the German national team, and a move to Inter Milan seemed to be a dry matter.

"Jürgen Klinsmann was the coach, and FC Bayern wanted another player, whose name was Aleksandr Hleb," said today's TV expert.

In the same summer Klinsmann succeeded the legendary coach Ottmar Hitzfeld on Säbener Straße and wanted to redesign the team according to his wishes.

Schweinsteiger, then 24 years old, no longer played a role in these considerations.

Bastian Schweinsteiger: Farewell to Bavaria in 2015

Ultimately, however, the transfer failed due to Klinsmann's supposed dream player.

Hleb, who had previously played in the Bundesliga at VfB Stuttgart, moved from Arsenal to Barcelona for 18 million euros.

“That's why I stayed at FC Bayern,” the 2014 world champion said on the live broadcast.

In retrospect, however, nobody will mourn the failure of the Bavarian home-grown family to change.

In 2013 he is part of the legendary triple season, which culminates in winning the Champions League against Borussia Dortmund.

Jürgen Klinsmann at FC Bayern Munich: an era with horror

The Klinsmann era, on the other hand, is remembered with horror: After the premature retirement from the Champions League and a mixed season in the Bundesliga, the former national coach was dismissed in April 2008.

Interim coach Jupp Heynckes leads FC Bayern to an acceptable second place before the Dutchman Louis van Gaal heralds a new era on Säbener Straße in the summer of 2009.

FC Bayern Munich without Bastian Schweinsteiger - in the summer of 2008 it almost came to that. Supercup on Twitter: From pajamas, fair events and a music quiz 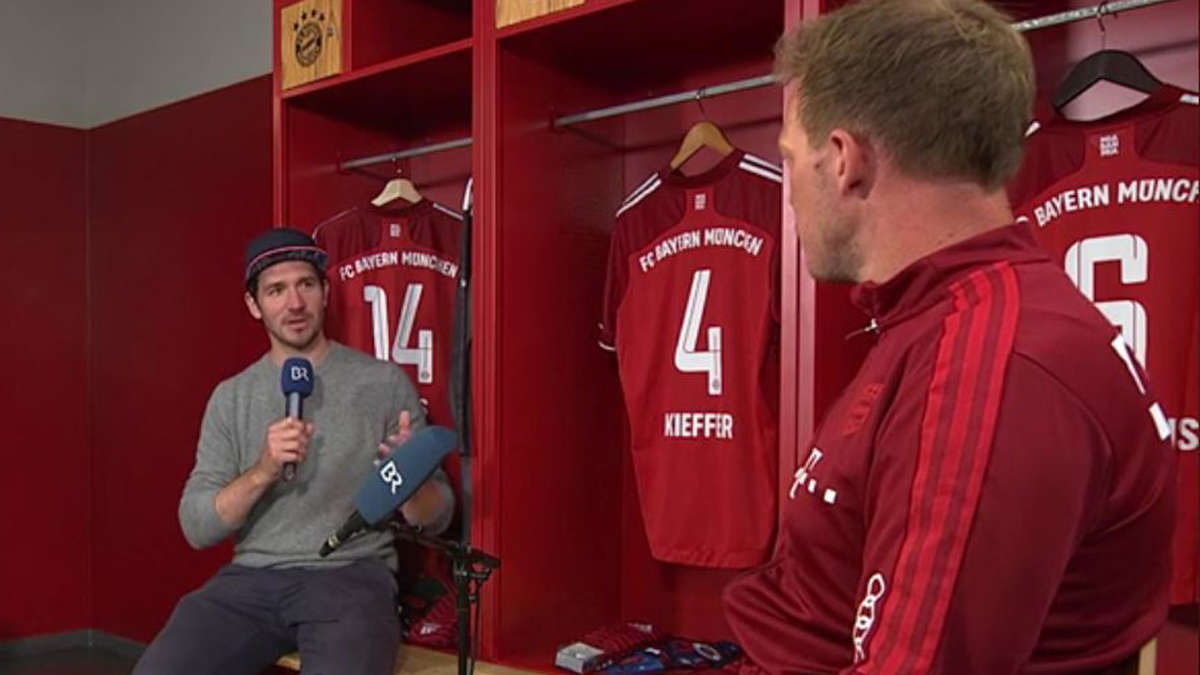 FC Bayern: The director of the FCB documentary describes what happened shortly before Flick's resignation