After winning the League of Nations, the striker who scored a spectacular goal and became the most decorated French footballer of all time is praised: "It was a dream evening"

Benzema: "Working on the kick in training", Deschamps: "His efficiency is impressive"

After winning the League of Nations, the striker who scored a spectacular goal and became the most decorated French footballer of all time is praised: "It was a dream evening."

The world football champion, the French national team, added to itself last night (Sunday) also the title of the League of Nations, after a 1: 2 victory over Spain in the final held at San Siro.

As in the semi-finals, the "Tricolor" erased a backlog and made a comeback, with Karim Benzema and Killian Ambape responsible for scoring the goals and giving Didier Deschamps' team the trophy.

Benzema not only scored the most beautiful goal of the game, but also became the most decorated French footballer of all time, with the number 27 title in his career.

The Real Madrid striker was chosen as the man of the match and continued at his dizzying pace from the start of the season, with his balance standing at 12 goals and eight assists in 15 games in all competitions.

"It was a dream evening, on a personal level and with the teams. I really wanted to win the title with the French team," Benzema said at the end.

"It was not easy, but we showed the character of this team, the big teams do not panic. We will celebrate, prepare for the World Cup and travel to compete against it as well."

Elected to the man of the match.

"I am proud and happy," Benzema added.

"I'm glad we showed high ability in both the semi-finals and the final, it's not a trivial matter probably when it comes to two crucial games. Yes, I am satisfied with myself, I work hard and see it. It is not easy to return to the team and be dominant, and I am happy that it happens. Winning the title made me more hungry for success with the team, it has tremendous potential. "

The striker added: "The goal I scored? I work on it in training, but usually kicks to the nearest beam. The truth is that while still warming up I worked on this kick and scored several similar goals. I am glad that I succeeded in the game itself."

"I do not know if it is true to say that we did not rule," admitted Didier Deschamps.

"Yes, after 20 minutes we stopped playing, but we got back to business soon. At half time, we decided to take a risk and press them high, and it seemed to pay off. The Spaniards always have a monopoly on the ball, but we made them make quite a mistake by being much more aggressive."

The coach spoke of Benzema: "He is a very important player for the French team, and he has proved it once again. I am happy for him and for all the players for the great achievement. His efficiency is impressive, he is certainly not the same player from 2015. He is sharper and more mature."

Paul Pogba concluded: "It's true we were not good in the first half, which Spain dominated. We tried to react after the goal, we knew we had to equalize quickly. True, we won, but we have to be even better. Anyway I take the game and the title from this game of course, "I hope we continue on this path. I am proud of my friends."

Ambape, for his part, has atoned in recent days for his poor performance at Euro 2020, with two goals and two assists that helped his side win the trophy.

France's balance sheet in games where Ambape found the net stands at 12 wins from 12 games.

Although the world champion was eliminated by Switzerland in the last quarter-final of the Euro, but did not lose in legal time and after the League of Nations final last night, it stands on a streak of 25 games without a loss - 17 of them ended in victory.

Coach Didier Deschamps has signed this streak and four of the five biggest titles France has won in history, two of them as a player and two more on the lines.

Due to violation of order: The court in Madrid demands Lucas Hernandez to serve a year in prison - Walla! sport 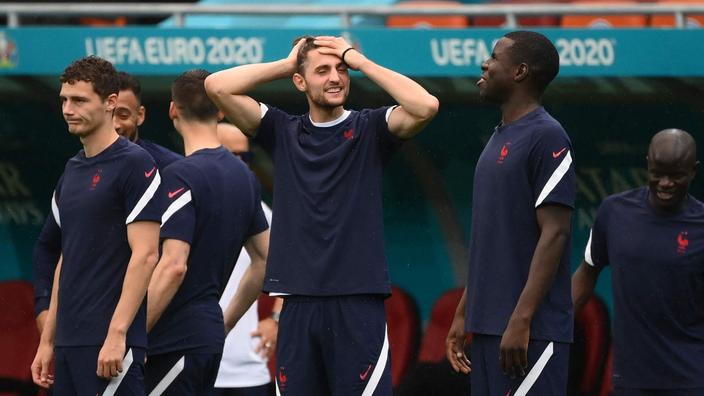 Euro: Les Bleus in 3-4-3 with Rabiot against Switzerland