Dorfen ended away weakness and deserved to win at Westerndorf

The TSV turns a 0: 1 deficit into a deserved 2: 1 success. After 13 match days, Dorfen is now two points behind a promotion place. 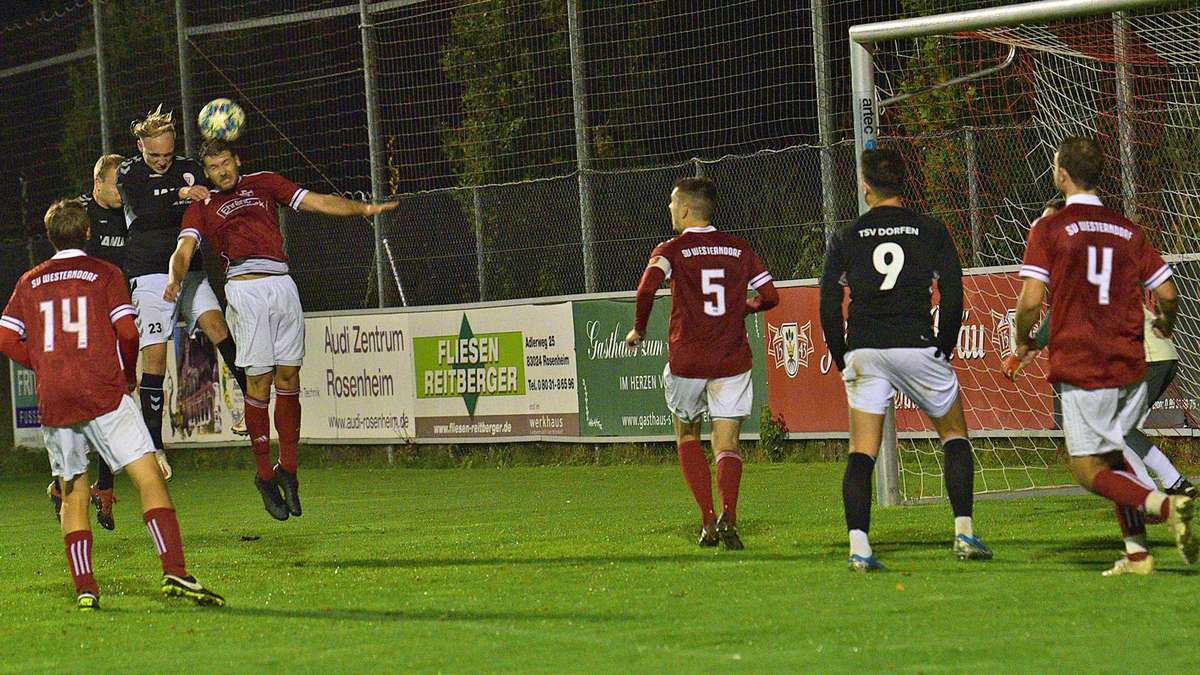 After 13 match days, Dorfen is now two points behind a promotion place.

Dorfen - The footballers of TSV Dorfen can still win - namely away from home.

In an overall very hectic game, the TSV showed a reaction to the bad performance in the 0: 3 defeat in Aschheim and scored three important points with a deserved 2: 1 (0: 0) at promoted SV Westerndorf.

The Isenstadt people put a lot of pressure forward from the start.

Many actions were carried out too hectically, which often led to unnecessary ball losses.

After a quick attack on the right, Jakob Gritto failed free in front of goalkeeper Simon Ott from eleven meters (5th).

Then the Isenstadt could have taken the lead again.

Goalgetter Gerhard Thalmaier was staged superbly in the center.

His shot from eleven meters went past the housing to the left (36th).

He could also have served Michael Friemer, who was completely free on the right.

Then a moment of shock for the people of Dorfen shortly before the break.

They continued to act offensively, but lost the lead in the build-up game.

Suddenly Fabian Martinus was all alone in front of goalkeeper Alexander Wolf.

Fortunately for Dorfen, he pushed the ball past the gate (42nd).

After the restart, the hosts had the better start and put pressure on.

Wolf was able to keep the game open with a brilliant save (53rd).

But then the Deißenböck men again gained clear advantages.

In addition, the substitute Manuel Zander stimulated the offensive.

He penetrated the penalty area via the outside lane, but aimed just past Ott's box in a promising position (54th).

A minute later, a sharp cross from him reached Benedikt Hönninger in the middle.

His shot went just over the top.

Nevertheless, the people of Dorfen always had to be careful with counterattacks.

A Westerndorfer's header landed only on the post after a corner (57th).

Leading hit for Westerndorf out of nowhere

Then, out of nowhere, the guide for the host. After an attack on the right, Michael Jackl left TSV goalkeeper Wolf no defense and pushed in to make it 1-0 (67th). The Isenstadt residents were only a little irritated for a short time, but then became even more poisonous in their attempted attacks.

In the final phase there was only one team on the trigger - and that was TSV. After a corner kick from Alexander Linner, Fabio Zöller extended to the second post. Alexander Heilmeier was spot on and headed 1: 1 (73rd). But Dorfen wanted more. Zander went through on the right side with a train to the gate. Ironically, Westerndorf's goalscorer Jackl could only stop him in the penalty area with a foul. Referee Maximilian Oligschläger (FC Bayern Munich) immediately pointed to the point. Hönninger did not miss this opportunity. Confident and ice cold, he sank the leather half right half way up to the much acclaimed but well-deserved 2: 1 (83rd).

The Westerndorfer were now served.

Alexander Schober was so frustrated that he could only stop Zander if he tried to attack by fouling him and then wrestled him to the ground.

The result was the traffic light card for him, and Dorfen then rocked home the victory. Dorfen's uncanny weakness away from home

Dorfen ended away weakness and deserved to win at Westerndorf 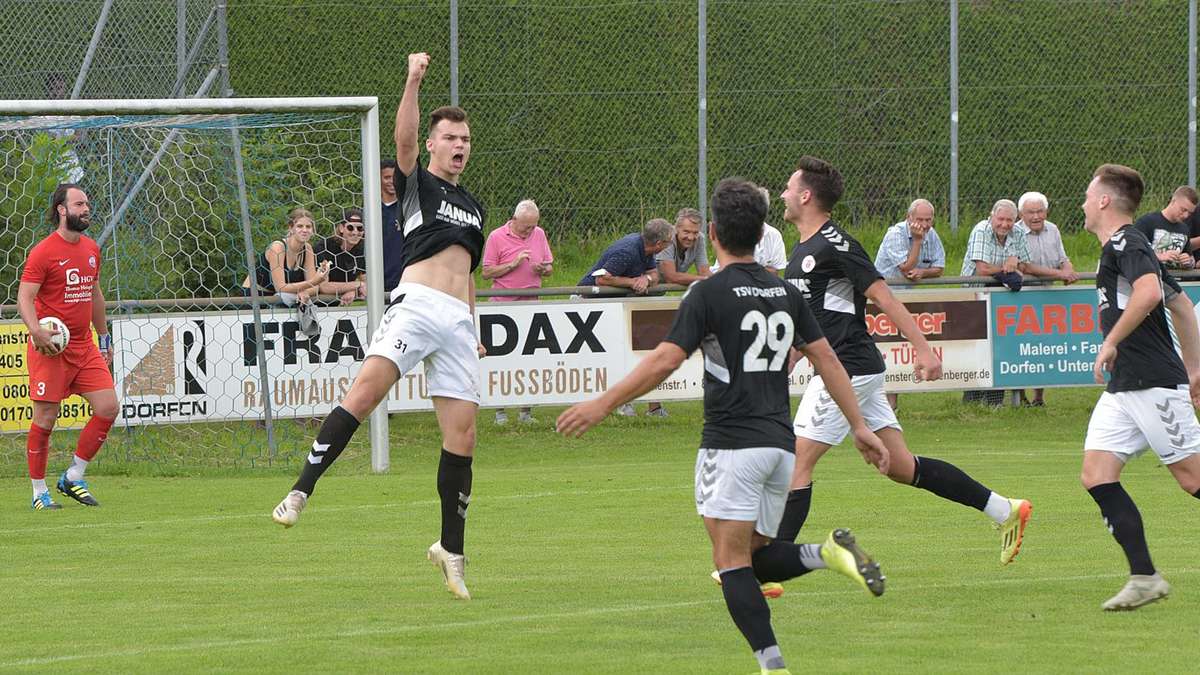 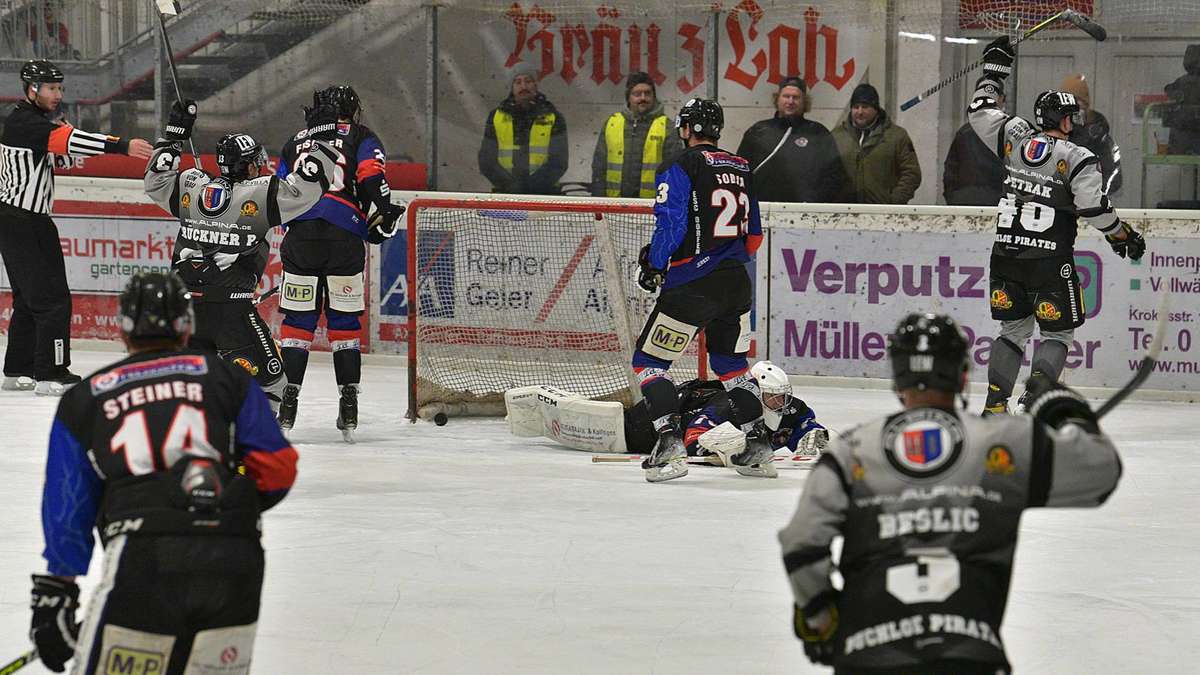 The better pirates come from Buchloe 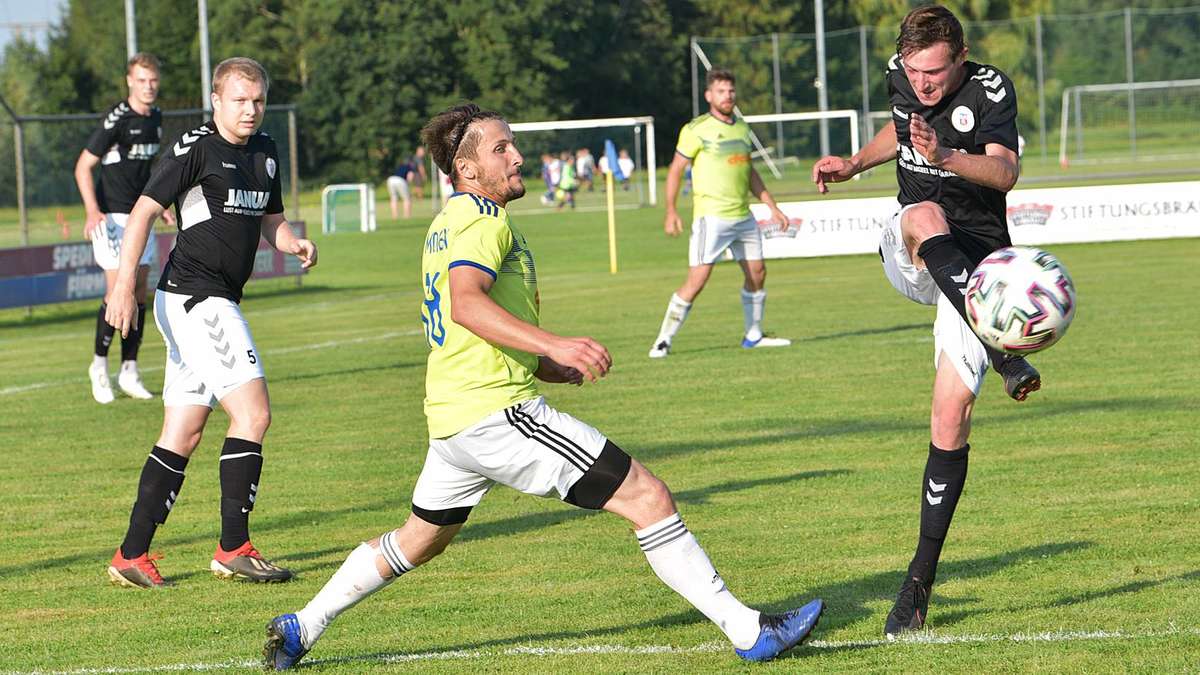