Release Willie? The issue of the coach of the Israeli team - Walla! sport

The fans have already lost faith, the distance from Europe is only growing and it seems that the situation will only get worse. So should the association still separate from the Austrian?

The issue of the coach of the Israeli team

The fans have already lost faith, the distance from Europe is only growing and it seems that the situation will only get worse.

So should the association still part ways with the Austrian after the disappointing loss to Scotland and what part of the country is in the all-important project?

The loss of the Israeli team to Scotland in Hampden Park is disappointing, no doubt, but much more disappointing to see the incessant preoccupation around the issue of the team coach in the next campaign.

On the one hand, activists in the association are already jumping and telling that Willy Rotensteiner has finished and on the other hand players are sending clear messages that they want to see the coach stay.

But with all due respect to the heads of the association who will have to make a decision or to the players who feel that Willy is the right coach, what are the criteria for the decision?

When making the decision, would Oren Hasson assume that if he were another coach and not Rotensteiner, we would end the campaign with a promotion to a major tournament?

Probably not, 51 years since Mexico 1970 managed to get the Israeli public not to believe either;

Everyone sees the team out of a desire for good, but expectations is something that no longer exists in the lexicon.

So what are the reasons for this?

This is where the permanent problems of Israeli football come in, and they are all true.

It is no coincidence that we lack quite a few players who are suitable for this level, there is no country here that invests in the industry, there are no suitable resources here.

There is no real desire from the country captains for sporting success.

Picking up the phone after exciting events is not considered a desire, there is not the basics here and everyone dreams of the top, from pitches, coaches, shell and everything that is needed at ages that really build players.

Anyone who sees and experiences the young ages does not believe at all that we are getting into a situation where we are giving a fight to Scotland.

And it will only get worse.

We are in a different generation, an era where children do not go down to play and have to be bound in frames.

It involves high costs that the burden is on the parents, and not everyone has money, especially in middle and lower class neighborhoods, where football also usually grows.

In the current era a lot of kids are being kicked out of the industry for economic reasons (a 10 year old kid today pays 3,500-4,000 a year to be part of a league team) and just give up.

And this is just the tip of the iceberg, there are so many economic, professional and logistical problems at young ages that leave us light years away from the continent.

It's bigger than the Football Association.

Clearly it is bigger than the Football Association, obviously it should be a decision of the state to invest in the industry fundamentally, but as long as that does not happen, the association should at least maintain its own way.

She can leave or replace a coach, but must look in the mirror and understand what the criteria are for that.

Whoever coaches the team is not a candidate for promotion to a big tournament and will not be the one to solve the problems of Israeli football, but on the other hand there will be a statement of "we have no solutions so we will change coach to renew the fantasy."

So that's it, you can be calm.

No matter who is incredible, the average team fan has long since stopped fantasizing.

Give, receive: What does it take for Rotensteiner to stay? - Walla! sport

Rotensteiner will receive a message next month: "Bachar will not be outright disqualified" - Walla! sport

Release Willie? The issue of the coach of the Israeli team - Walla! sport

"Willie was our back. There are a lot of players who would like to give him back" - Walla! sport

The association is looking for a foreign coach, but does not rule out an Israeli option - Walla! sport 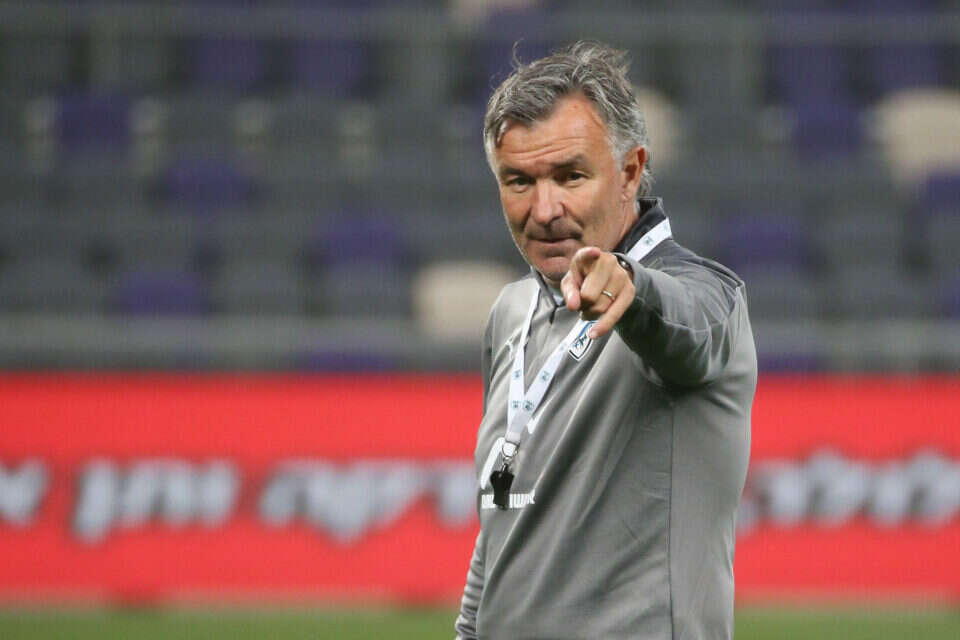 "Willie and the actors are one unit, for better or worse" Israel today