On June 26, a spectator caused a fall 45 km from the finish of the first stage of the Tour de France. 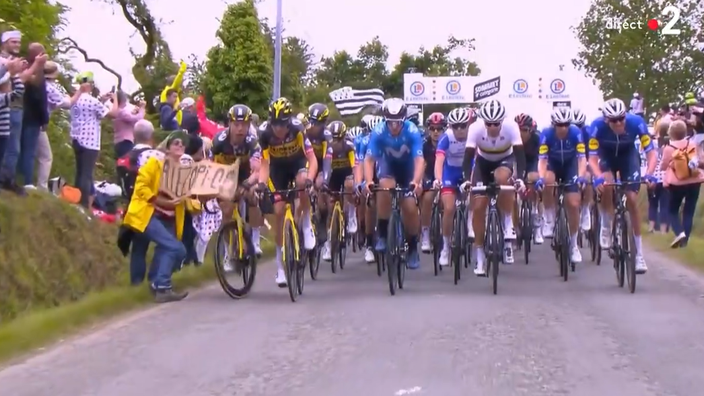 She had brandished a sign in June on the road to the Tour de France, causing a massive fall and the abandonment of several riders: a spectator of the Grande Boucle appears Thursday before the Brest criminal court for a "

The young woman, aged 31 and living in the north of Finistère, is being prosecuted for "

" resulting in incapacity for work "

She faces a fine of up to 15,000 euros and a one-year prison sentence.

On June 26, in the town of Sizun, 45 km from the finish of the first stage of the Tour, part of Brest, she waved a sign encroaching on the road, her back to the peloton.

Several runners, launched at high speed, could not avoid it.

The German Tony Martin, the first to fall, had involved in his fall many other cyclists.

Many had been injured and some forced to retire, such as the German Jasha Sütterlin (DSM).

Which means in German: "

an affectionate message for the attention of his grandparents, unconditional and assiduous spectators of the Tour de France

", had explained at the beginning of July during a press conference the public prosecutor of Brest Camille Miansoni, specifying that his grandmother was of German origin. The images of this woman, dressed in a yellow raincoat, wearing a green cap and holding up her sign with a broad smile on her lips before being struck by the peloton, had been around the world, unleashing strong media interest as she could not be found for several days.

The respondent expressed a feeling of shame, of fear in the face of the consequences of his act. She says she is anxious by the media

of what she calls + her stupidity +

", underlined Mr. Miansoni about this woman presented as"

It was only four days after the incident, and when a call for witnesses had been launched, that she went to the Landerneau gendarmerie, in charge of the investigation, no longer supporting the media pressure.

She was immediately taken into custody.

His lawyer Julien Bradmetz told AFP on Monday that he would not communicate on this case.

From a source close to the case, he could plead the poor organization of the race and the lack of security.

The 108th edition of the Grande Boucle was marked by many falls and abandonments.

The Tour de France, which had initially announced its intention to file a complaint against the young woman, had finally given up saying it wanted to "

". On the other hand, the international organization Professional Cyclists Associates (CPA), based in Switzerland, maintained its complaint. "

It was a really irresponsible action

," said Tuesday to AFP Laura Mora, secretary general of the only association of cyclists recognized by the International Cycling Union (UCI).

The runners had to suffer very serious consequences

," she stressed, saying however that the CPA did not intend to ask for financial compensation.

Tour de France: the spectator with the sign summoned to the court on October 14 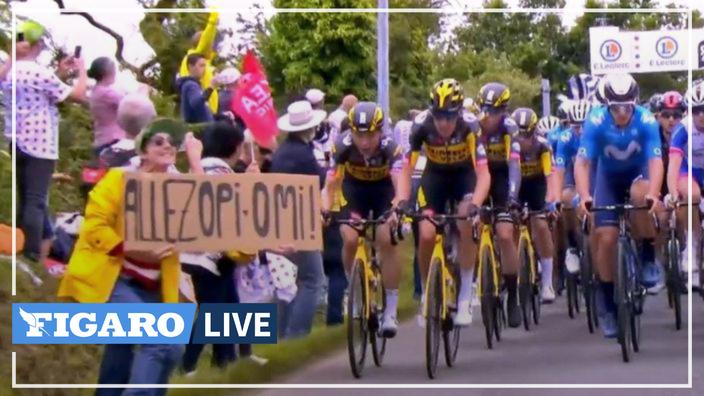 Tour de France: the spectator at the origin of a massive fall "presented to the floor" 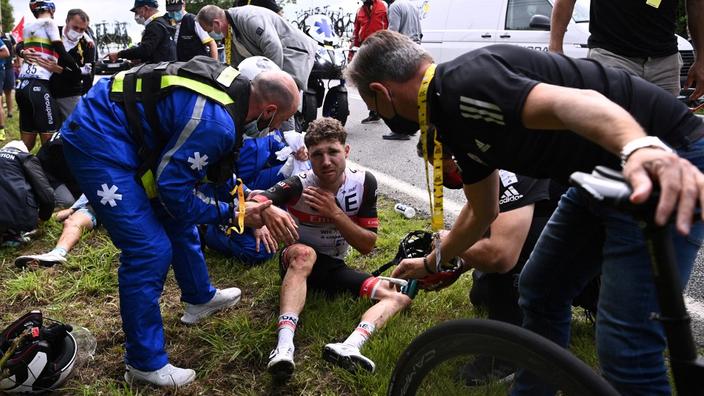 Tour de France: the spectator wanted to send a message to her grandparents 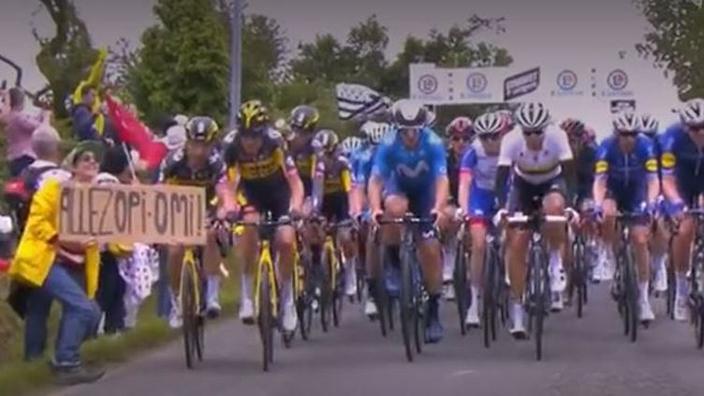 Tour de France: the organizers withdraw their complaint against the spectator 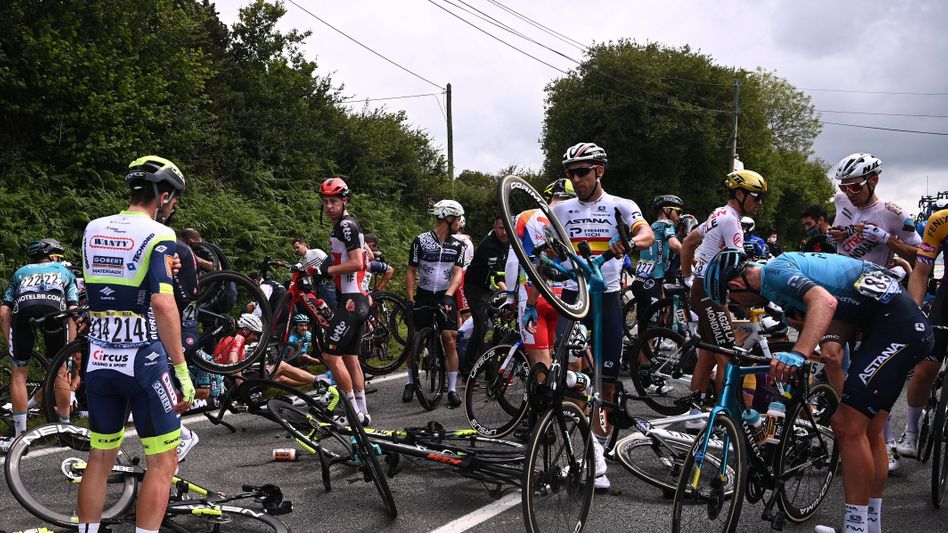 Tour de France: the 10 striking images of this first week