2022 World Cup: under fire from critics, Neymar is smiling again with Brazil

Author of a goal and two assists, Neymar was decisive in Brazil's success against Uruguay (4-1) in the 2022 World Cup qualifiers. 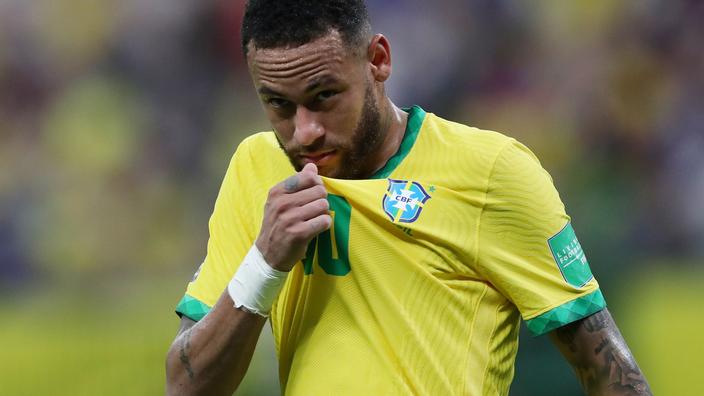 We thought he was depressed, out of form ... Neymar responded on the pitch, scoring a sublime goal and distributing two assists in Brazil's resounding 4-1 victory over Uruguay, with a double from Raphinha on Thursday , in Manaus.

Sunday, the Parisian striker had been transparent against Colombia (0-0), a few hours after the broadcast of a shock interview in which he said that the World Cup-2022 in Qatar would probably be "his last".

For a player who fears "no longer have the mind to support even more football", the number 10 of the Seleçao sweated the joy of living Thursday night, in the stifling heat of the Amazon.

Read alsoPSG: Pochettino has "no doubt" about the motivation of Neymar

Tite's men delivered their best performance in these South American qualifiers for the World Cup and “Ney” scored his 70th goal in 115 matches for Brazil, getting even closer to Pelé's record (77).

Suarez was well muzzled, but still saved the Celeste's honor on a free kick, while Cavani was denied a goal for offside.

After the disappointing draw in Colombia, the Brazilian squad received a major overhaul, with no less than five changes.

Parisian defender Marquinhos was left to rest and replaced by Lucas Verissimo.

On the right wing, the former Rennais Raphinha, very visible during his entry into the game in the last two meetings, released his stripes of holder in place of Gabriel Barbosa.

Read alsoFoot: "I will always be there", the touching message from Thiago Silva to Neymar

After the knowing smile addressed to Suarez, his former teammate at FC Barcelona, ​​before kick-off, Neymar immediately left his mark on the match.

After an overflow on the left followed by a shot well captured by Muslera (2nd), it was in a center-forward position that he opened the scoring, after a good sequence of 13 passes.

Cushioned chest on an opening from Fred, feigned to erase the goalkeeper and cross strike at the back of the net: 1-0 for the Seleçao and a radiant Neymar, who celebrated his goal by dancing alongside Paqueta (10th).

Just after the break, it was a real decisive pass which the Parisian striker rewarded the Leeds winger, who offered himself a double (3-0, 58th) sparkling for his first tenure.

Stifled by the Brazilian pressing, Uruguay had to wait until the 35th minute to threaten Ederson's cage, a powerful strike from Betancur that grazed the right post of the Manchester City goalkeeper.

Suarez's free kick gave Celeste a little hope (3-1, 77th), but it was finally Gabigol, freshly entered into the game, who had the last word, with his head, on a millimeter center of Neymar (4-1, 83rd).

Neymar enters the referee and escapes dismissal, but Brazil "dances to the World Cup" - Walla! sport 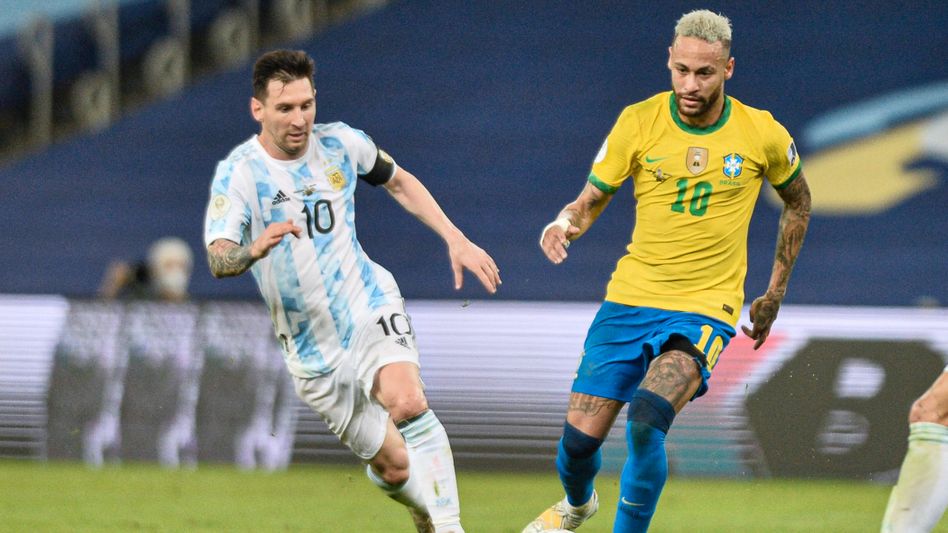 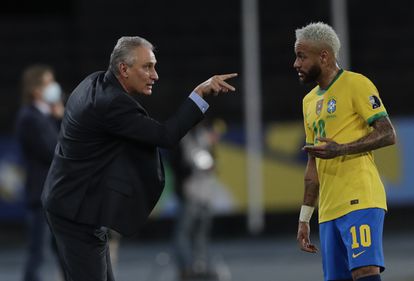 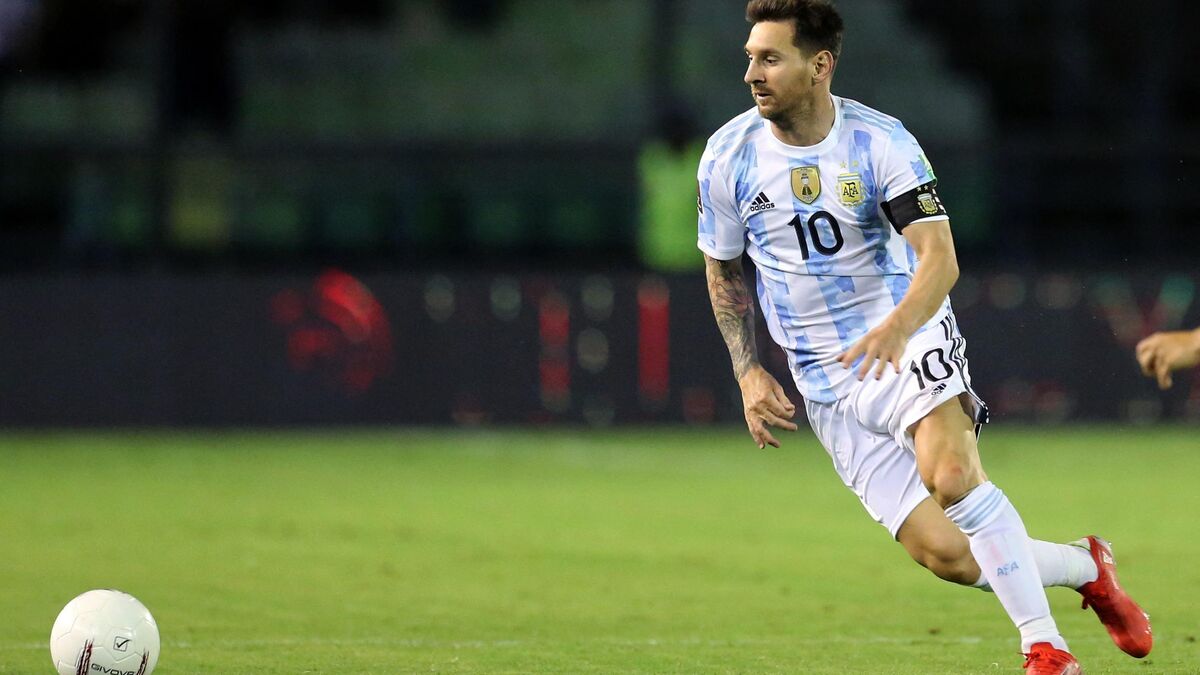 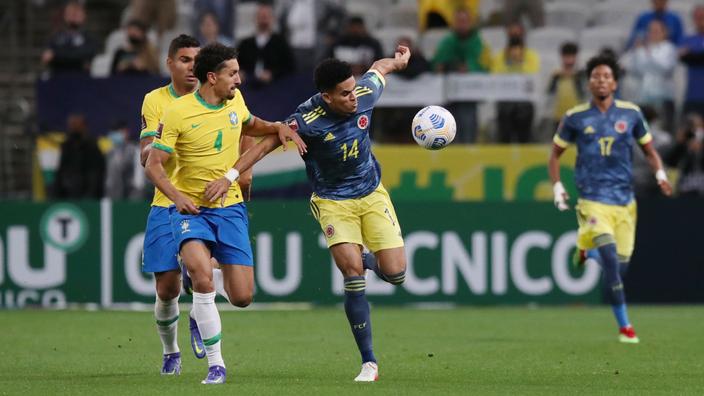 Argentina-Brazil: behind Neymar and Messi, these Parisians, pillars of the two selections 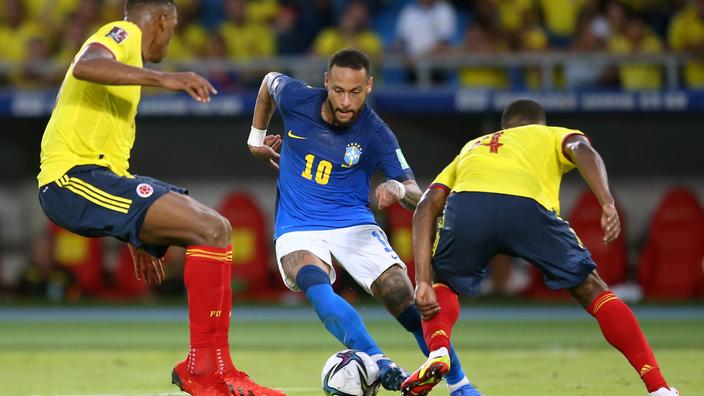