Argentina beat Peru 0-1 and took another step towards promotion to the World Cup in Qatar, but the flea is unhappy. Local media complimented Scaloni: "A period to enjoy it"

Lionel Messi v Brazilian referee: "It seems he is doing this to us on purpose"

Argentina beat Peru 0-1 and took another step towards promotion to the World Cup in Qatar, but the flea is unhappy.

Local media complimented Scaloni: "A period to enjoy it"

"Golasso, another celebration and another step towards the World Cup in Qatar", is the headline this morning (Friday) in the Argentine newspaper "OLE", after the South American champion defeated Peru 0: 1 and remained 6 points away from Brazil who celebrated with 1: 4 over Uruguay, but increased The gap from Ecuador and Colombia in 3-4 places and parted with a zero draw.

To officially qualify for the World Cup, Argentina will need 10 points in total in the remaining seven games in the campaign, including 2 against Brazil in first place and losing only two points.

Of course, the results of the other games at home may mean that Lionel Scaloni and his players will also score less than 10 more points.

Brazil and Neymar shelled 1: 4 over Uruguay, Argentina did not stop: Watch

Not happy with the Brazilian referee.

Lionel Messi on the pitch after another foul (Photo: GettyImages, Marcelo Endelli)

"We danced against Uruguay, we beat Peru who always makes us problems, we have not lost 25 games already - this is a time to enjoy it", wrote in addition in "OLE", who would have believed in 2018 that all this will happen after three years? We are not candidates to win the World Cup, but we get to Qatar and I'll race teams like Germany, France, Spain and Italy are stronger of us knowing that we are on the right track and all thanks to Scully, "complimented coach appointed immediately after the impeachment of the World Cup 2018 final eighth.

Who was less than pleased with the events of the night in the stadium Monumental, despite The victory, was

. "The Flea" did not spare criticism against Brazilian referee Wilton Sampaio and even passed it through the Instagram page: He seems to be doing this to us on purpose. But hey, we got three important points that bring us closer to the goal. "

, whose shot decided the match, added: "Against Uruguay our game flowed more because Peru shut us down. In the table. "

, concluded: "We were in control throughout the game and remember it was our third game in a few days, and it's awful to play three games a week. We are exhausted and unhappy with the result, but we met a strong and good team and happy we won." 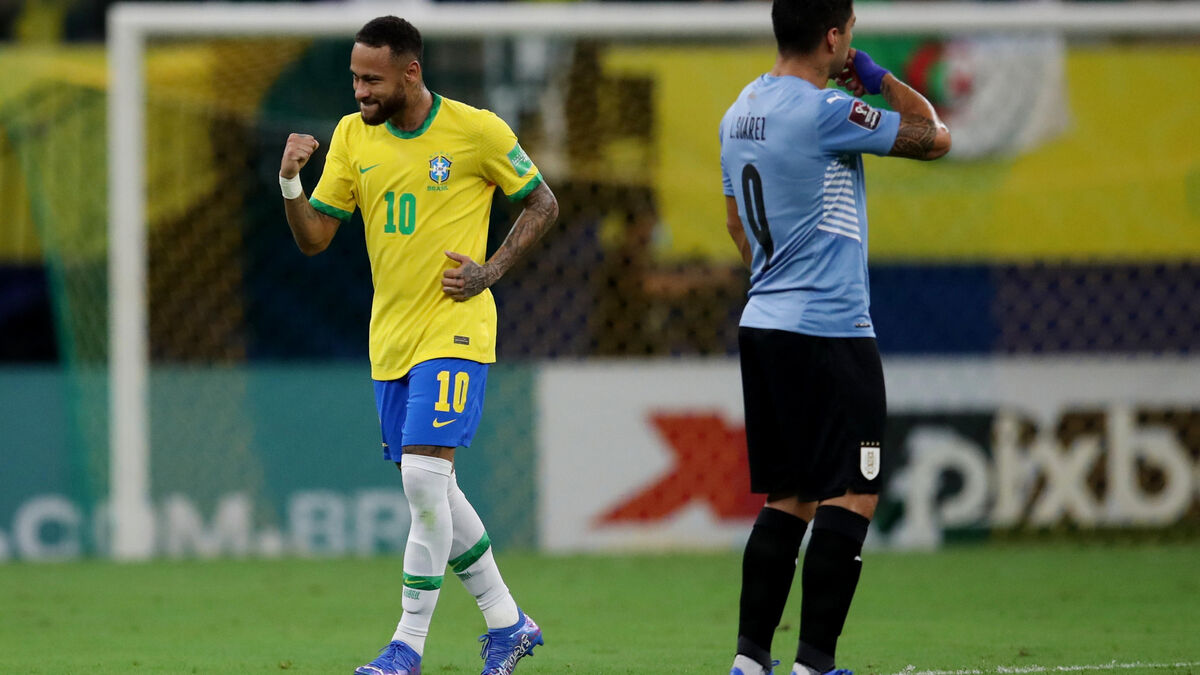 The footballer who attacked the referee will be charged with attempted murder, in Brazil revealed: he has a criminal record - Walla! sport