Reynolds and Nanley ("Need to keep getting better") responded to criticism, Keenan Evans forgot Chris Jones, Wilbkin came out on a historically bad shooting west and Sapropoulos broke a record

Maccabi Tel Aviv believes that it "went through the crisis": without Israelis, and without rotation

Reynolds and Nanley ("Need to keep getting better") responded to criticism, Keenan Evans forgot Chris Jones, Wilbkin came out on a historically bad shooting west and Sapropoulos broke a record in his time in short rotation.

Maccabi Tel Aviv sums up the victory at Wheelerban, Wilbkin: "We played an entire game for the first time this season"

After a few very stressful days and two consecutive losses, Maccabi Tel Aviv managed to put together a very good game last night (Thursday) with an 85:93 away win over Willerbourg in France.

Thanks to the victory, the Yellows balanced their balance to two wins and two losses, and before them a streak of three home games in the next two weeks.

With the exception of a few moves at the end of the first quarter, Maccabi Tel Aviv dominated the match from the opening, it opened a double-digit lead in long stages from the second quarter to the last quarter and enjoyed a great game of four players.

Above them all was James Nanley with 25 points, one point less than the peak of his career in the Euroleague.

Joining the slingshot was Jaylen Reynolds who scored 17 points from the bench, Scotty Wilbkin, who missed all eight of his off-arc attempts, and Keenan Evans added 13 each.

Can breathe a sigh of relief.

The team breathed a sigh of relief at the end of the game, with coach Yannis Sapropoulos passing between the players and congratulating them on their ability. The club said that even in the difficult days after the losses to the Red Star and Milan, the players managed to stay together and under Sapropolos in what eventually led to an important victory, hoping for continuity in the following games.

"We won this fight," said James Nanley at the end of the game. "Every game is important and it is a very important victory. We did not have preparation for the season so all these games are important to get better. Just keep getting better, learn how to play together and do the little things right. "

Scotty Wilbkin said: "I think we won with defense. Some of the players got on the attack but there were moments we didn't go on the attack and there were long moments when we got on the defense and made a full game for the first time this season. "It is bad to return home. We are in a 2: 2 balance and now we will continue to make positive progress."

The main thing is victory.

Only last week after the loss to Red Star Belgrade began to sound around the Maccabi Tel Aviv disappointment on both players mostly - G'iiln Reynolds and James Nanli. The first recorded a good second half against Milan and also a great game in France with 17 points and the second exploded completely in those two games including comparing his scoring record to 2 points in one game in the Euroleague - 6.

The third player to be criticized in recent days was Keenan Evans, especially when compared to Chris Jones who left the Yellows and opened the season great at Wheelerban. So Jones defeated Evans in the current matchup again, both in points and in the index, but Maccabi Tel Aviv can also be happy with the reinforcement that came from Hapoel Haifa who scored 13 points including an important three at the end that closed the game.

"The ability of these three players gives a lot of confidence ahead of the rest of the road," the team said last night. "It gives hope that we can do what we set out to do at the beginning of the season."

pressure on Maccabi Tel Aviv was great in the 48 hours between Milan and Villarban. There were many rumors about things that might happen if Maccabi loses and continues to look bad, but on the floor things looked completely different. Already in the second half against Milan, Yannis Sapropoulos shortened the rotation significantly, but what he did with Astrobol is very extreme for him.

Yiftach Ziv stepped on the floor at the end of the second quarter for 6 seconds, and was the ninth player to step on the floor in the ranks of Maccabi. Those seconds were his only ones, with Roman Sorkin, Oz Blazer and John Dibertolomeo not being partners at all. For a coach like Sapropoulos who usually plays in wide rotations of ten players typically, or nine players in certain games, this is a precedent.

In his 93 games as Maccabi Tel Aviv's coach in the Euroleague, only once did the ninth player play in the rotation of Sapropoulos in less than 6 minutes. This happened in his second game for the team and the first for Yad Eliyahu, against Fenerbahce in the 2018/19 season. Danny Abdia then played two minutes and 18 seconds and was ninth in the minutes division. In the astrobol this record is broken sharply and it is doubtful that it will be able to be broken again, unless only eight players are involved.

"Yannis' decision was clear from the second half against Milan," said one Frenchman. "He went on a short rotation and squeezed the lemon as much as possible. "In games like this, you go as short as possible."

After his weak game against Milan, Maccabi Tel Aviv expected Scotty Wilbkin to lead the team in the current game, but he did it in an unusual way. Wilbkin scored 13 points, without a single three, as he missed all eight of his off-arc attempts. So far, in the few games in which he did not score a single three-pointer in the Maccabi uniform, the record of attempts was only 4. During his tenure at Drushpaka he recorded one game with 0 of 6 off the arc, but no more than that.

But Wilbkin realized that he was not going to score from outside the arc at a certain point and began to penetrate and score for 2 points, with 5 out of 5 from this area, when only once in a Maccabi uniform did he score more shots for 2 points. He also added 4 assists, 3 rebounds and 3 steals and finished fourth in the index with 13 points.

"This game was proof that Scotty is able to be good even without his shooting from the outside," Maccabi Tel Aviv said after the game. The previous one was a big part of our stabilization and this important victory. "

Will play in the league.

Maccabi Tel Aviv looked at its schedule at the beginning of the season, it marked the possibility of five wins from the first six games, until the home game against Barcelona.

Although this figure can no longer reach, but as they said last night at the club, "If after Barcelona we are in a positive balance, we have gone through the crisis of the beginning of the season in a good way."

The team will train again tomorrow ahead of the game against Gilboa / Galil on Sunday in Gan Ner.

The four players who have not played in France, plus Jake Cohen who will not dress, are expected to get many minutes in the upcoming game.

After the loss to Herzliya, Sapropoulos admits: "We need to play better" - Walla! sport

Watch the live broadcast: Vicky Peretz is brought to rest at this time - Walla! sport

Report in Germany: "Yuval Sussman is one of Alba Berlin's goals for the upcoming season" - Walla! sport 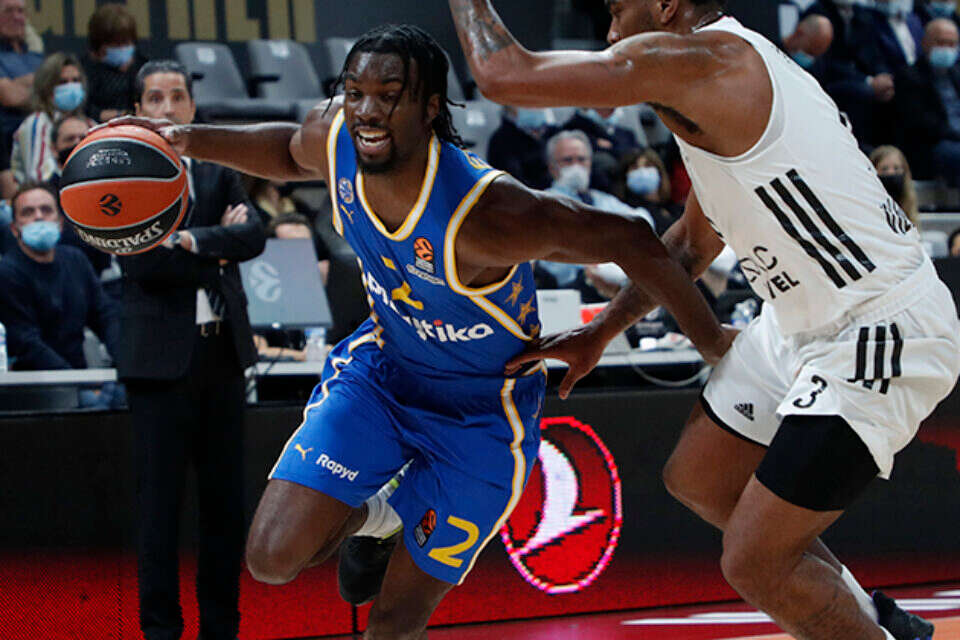 Saburit is angry about the procedures of the Ministry of Health: "What is the difference between me and Israelis?" - Walla! sport