There was nothing to get for the SC Riessersee at the guest appearance at the Blue Devils Weiden. Coach Pat Cortina's team lost 5-0. There was nothing to get for the SC Riessersee at the guest appearance at the Blue Devils Weiden.

Weiden - You could feel sorry for Michael Boehm.

For the first time in this season of the ice hockey league south, the goalie of the SC Riessersee was allowed to stand between the posts.

The 24-year-old had definitely imagined his season debut in the game with the Blue Devils Weiden to be different.

Despite numerous saves, Boehm had to swallow five goals in the Upper Palatinate.

70 seconds - Boehm couldn't keep his box clean any longer. Elia Ostwald had free rein after a pass from Dominik Müller and gave the Riesserseer goalie no chance in one-on-one. Driven by the home fans, the Blue Devils set off a veritable fireworks display in the opening minutes - the SCR had no time to breathe. The white-blue team helped to ensure that Weiden was able to increase to 2-0 in the fifth minute. At first, there was one guest player too much on the ice - a two-minute time penalty for the SCR. Simon Mayr finally mutated into the unlucky fellow in this outnumbered game. The defensive man wanted to clear the window from the danger zone and shot at Weiden's attacker Barry Noe. As a result, Boehm had no chance for the second time this Friday evening - 2-0.

Early in the second section, the White-Blue had the opportunity to make the game exciting again in the power play. Whether Weiden defensive skills or Riessersee lack of imagination: It was not dangerous for the Upper Palatinate during the 120 seconds. It should have been the last phase in which the fans of the White-Blue should have had hope of something countable for their team. From then on, the home team took command again. The Weidener showed ice hockey at its best, especially when the goal was 3-0. Dennis Thielsch found Martin Heinisch, who appeared free in front of Boehm. But instead of shooting, the outstanding man put across Tomas Rubes again that evening - 3-0. After a good opportunity from SCR attacker Tobias Kircher, the Upper Palatinate on the other hand showed how to do it better.Heinisch finds Philipp Siller on the right side, who gave the pitiful Boehm no chance and slides in to make it 4-0. At least now the resistance of the Garmisch-Partenkirchner was broken. Dennis Thielsch with way too much time and space behind the goal, pass to Dennis Palka - the 5: 0.

In the last section, the home side took it easy.

The SCR even had a great opportunity to score a consolation goal.

But Mayr failed with his penalty and shot past the Weiden housing on the left.

The greatly improved outnumbered game was the only glimmer of hope for the White-Blue on this pitch-black evening.

With 26 penalty minutes - ten of which were due to Michael Knaub - there was only one goal to complain about. 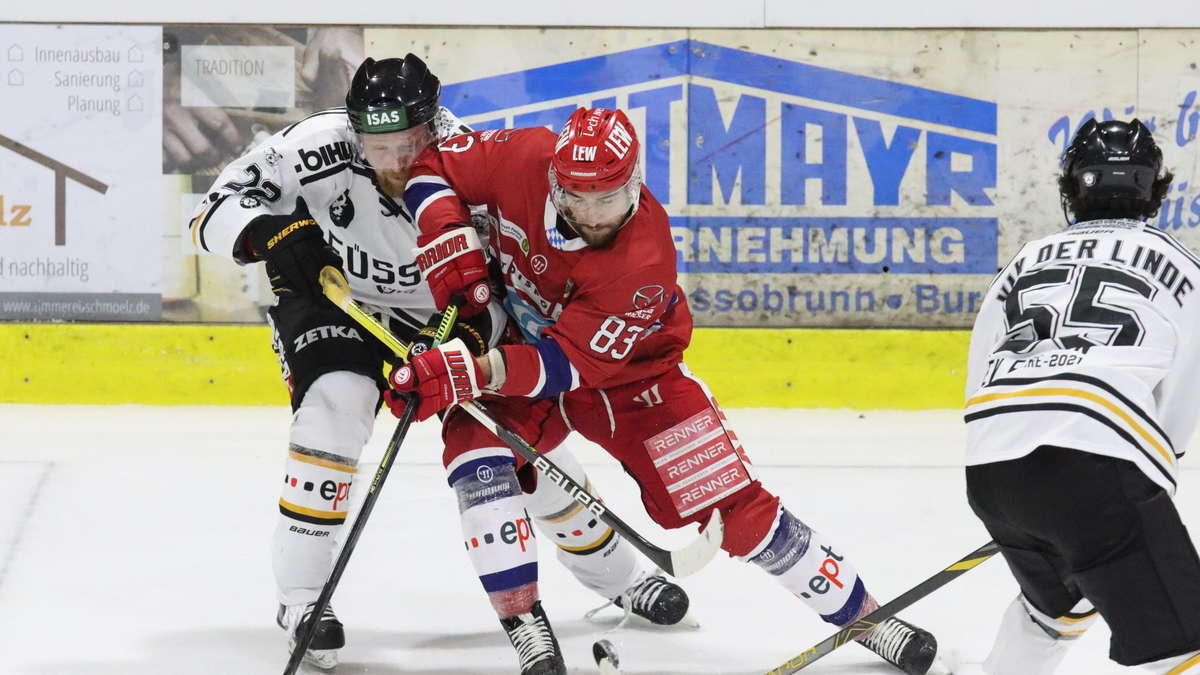 EC Peiting: At the start, of all things, it's against the ex-trainer