Nübel and Monaco: for the moment, it is not the foot

Hardly in sight in the Monegasque cage since the start of the season, Alexander Nübel, recruited in particular for his kicking game, nevertheless retains the confidence of his coach. It will pass to the Lyon developer this Saturday. 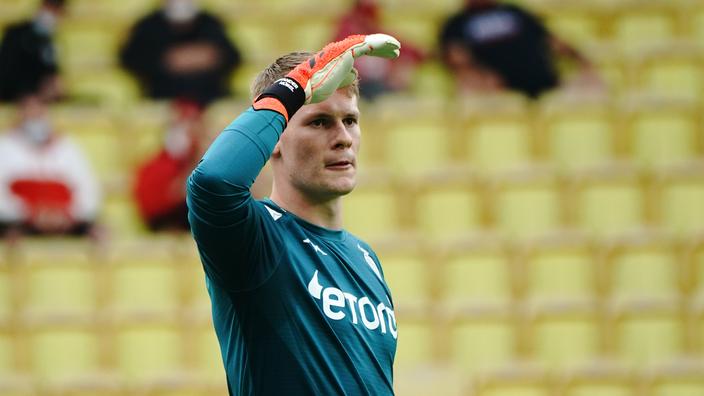 Monaco thought they had recruited the new Neuer.

However, Alexander Nübel, replacing the best goalkeeper of the last decade, struggles to live up to the expectations placed on him.

Hopes legitimized by his stripes of captain gleaned from his second season in the skin of a holder at Schalke 04. A meteoric trajectory which was not unlike that of his Bavarian elder.

This is also why Bayern Munich, anxious to anticipate the future, debauched this big fellow with the juvenile face in 2020. A year and four small matches later, the German goalkeeper landed on the Rock this summer for (already) to revive.

The first impression is at best mixed before moving to Lyon and its offensive armada, although decimated, this Saturday (9 p.m.). From an accounting standpoint, the addition is poor as Nübel has conceded more than one goal per game in Ligue 1 (11 goals in 9 matches) and has only achieved three

in 15 matches since his debut with ASM. . At the end of September, before the trip to Clermont (1-3), his trainer Niko Kovac was already flying to his aid:

“He needs a little confidence. I know his qualities, he is an intelligent person. In any case, I can assure you that he has the support of all his teammates and staff. I am sure that with his performances in the coming weeks, he will show all his value. "

His goalkeeper will prove him right by hanging his first

in Ligue 1, in the face of the relative effectiveness of the Bordeaux attack (3-0).

But the record remains slim compared to the expectations placed in the native of Paderborn.

An observation shared by the supporters of the Principality's club, who regularly rail against their goalkeeper, as during the reception of Saint-Etienne (3-1).

His last criticize their Turkish head for not bringing points.

And also especially to capture the attention ... by his mistakes.

The example of the match against Lens (0-2, August 21), at the end of which Nübel presented the unflattering record of four goals conceded on five shots on target, was symptomatic of his very complicated start. Praised for his kicking game, an increasingly sought-after feature - OM recruited Pau Lopez on this specific point - the German was countered on a clearance leading almost to a goal. After the break, he was beaten in a very tight angle on a hand fault. "

I consider that he was unlucky on the goals that we conceded, but I do not remember that he made a mistake which led to a goal in Ligue 1",

tempered without convincing his Croatian coach .

The bad luck aspect is not to be overlooked, however, as when he is lobbed twice in a row by his partner Ruben Aguilar, especially in Donetsk, where ASM has said goodbye to the group stage of the Champions League ( 2-2, 25 August).

The one whose international career boils down to 17 hopeful selections also requires time to acclimatize, especially as the fluctuations in defense do not help to weave automatisms.

Countered by Florian Sotoca, Nübel (in yellow) fails to offer Lens a goal.

But if Monaco (6th) finally seems launched, its sluggish start to the season was notably explained by the performance below its "

“, As the sporting director Paul Mitchell had presented at the beginning of August. An atypical goalkeeper, supposed to participate in the construction from the rear, like an 11th field player, but who has the particularity of not always diving. An anomaly seen against Marseille in September, when he was beaten three times without folding (two cashed and a post). Performance far from the standards of Danijel Subasic, reliable guardian of the temple between 2012 and 2020. However, Niko Kovac continues to trust his goalkeeper, aligned invariably since the start of the season, despite competition from his younger brother Radoslaw Majecki (21 years), who could easily claim to play in the Europa League matches.

An early maturing goalkeeper attests to his first selection for Poland this month. A maturity that may have played tricks on Nübel, propelled captain of Schalke 04 to just 22 years old, replacing a former club figure, Ralf Fahrmann, goalkeeper and captain too. "

, confided the person concerned on the site of the Bundesliga in 2019.

I immediately expressed my intention to fulfill this role

As his impassive face shows, the German is determined and not afraid of anything.

Like when he decides to go free to Bayern.

His supporters take him in flu and he finds himself dispossessed of the armband once the news is rumored, because it is not uncommon in Germany to see a coach or a player formalized in a club before the end of the season.

In Munich, where he follows in the footsteps of the illustrious Manuel Neuer, with whom he shares many aspects, from his behavior as a hand guard to his kicking game, Nübel tidies up and gnaws his gloves until signing the ASM.

To resume the thread of a momentarily interrupted career.

Monaco is the right choice for me,

” he promised on his arrival.

It remains to be seen whether he will be the right one for Monaco. Mega false start! Nübel fails again in the next Monaco bankruptcy - will Kovac put him on the bench? 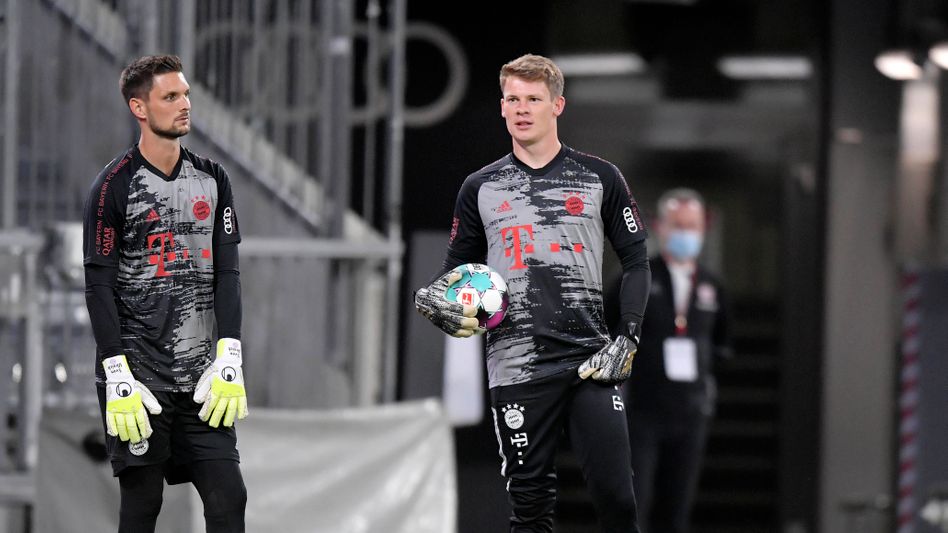