After the terrible season opener and the loss to Maccabi Netanya, the ball is as always with the owner who may come to Israel due to the situation. Will Ivica get an offer?

Goldhaar may arrive in Israel, and Van Leven hopes for trust

After the terrible season opener and the loss to Maccabi Netanya, the ball is as always with the owner who may come to Israel due to the situation: "If he is convinced that it is impossible to win the championship with Patrick, he will replace him at that moment."

Will Ivica get an offer?

Maccabi Tel Aviv owner Mitch Goldhaar may come to Israel in the near future and take a closer look at the conduct in Kiryat Shalom in light of the 4: 2 loss yesterday (Saturday) to Maccabi Netanya, which joined in not good enough results since the beginning of the season (3 losses in 6 rounds).

The boss was not in Israel for long.

As for coach Patrick Van Leven, the ball is as always with the owners of Maccabi Tel Aviv in Canada and he will have to decide this week whether he continues to trust the Dutchman and allow him at least some more time as team coach to get more out of the squad, or he decides to make a change and drop another foreign coach. With the possibility of the return of Vladan Ivic.

Goldhaar last season gave time to Georgios Donis until the 11th round.

After two consecutive draws and a balance of 17 points out of 33 possible and when he estimates it is possible to take a championship with another coach, Goldhaar made the change and replaced the Greek with Van Leven.

"If Goldhaar is convinced that it is impossible to win the championship with Patrick as coach, he will replace him at that moment. The question is whether he is in that moment," said people who know Goldhaar.

Van Leven's status was greatly undermined: "I am the most suitable man"

Van Leven has a bad balance of 7 points out of 18. To his detriment is also the end of last season and especially the playoffs in which Maccabi Tel Aviv lost a lot of points and its chances of winning the championship. Up to Canada came the cries of some Maccabi Tel Aviv fans who, after the release of Stifa Fritza, shouted at Van Leven to resign and sang it several more times until the end of the game. The coach explained at the end that he moved in the second half to play in an array of two strikers and alongside Eduardo Guerrero he wanted a faster striker than the Croatian and therefore brought in Osama Khalaila. What may add to the negative opinion about him are rumors and news that he allegedly lost the locker room. If in Canada people in Israel are convinced that the Dutchman is not appreciated by the players, he may find himself in trouble with the owner.

If Goldhaar decides to part ways with Van Leven, it is natural that he would want to bring back Ivica who is at home and has not coached for ten months.

It is likely that Ivica will not refuse to return, although the fact that the team is not doing well will surely also cause fear on the part of the Serb to make the move and return.

In the meantime he remained.

Meanwhile, the coach needs to prepare the team for the game against Helsinki in the third round of the Conference League this coming Thursday.

A training session is planned this morning and if Goldhaar does not make an early farewell move, the Dutchman may leave with the team for a game in Finland.

Maccabi Tel Aviv is expecting leadership from the players. Van Leven is preparing as usual for Thursday - Walla! Sports

"The loss of Neta Lavie is a severe blow, but we trust the others" - Walla! sport

Two years have passed and here it is left behind: Maccabi Tel Aviv needs a real GM - Walla! sport 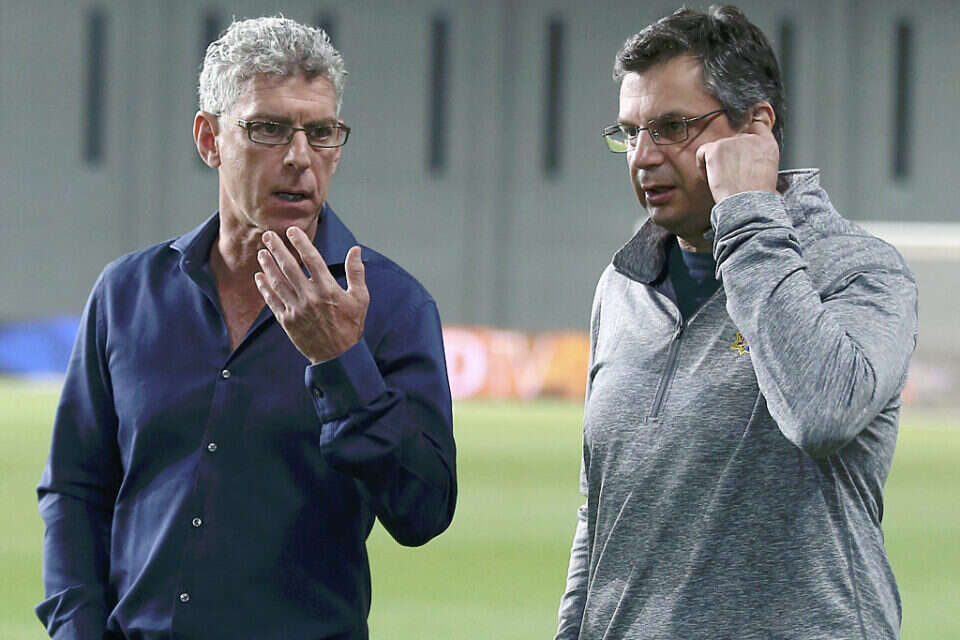