Have you returned yet? Icardi Lanara: "Thank you for continuing to trust me" - Walla! sport

divorce? Not so fast. In Argentina, it is claimed that Nara forgave the striker, who apologized on Instagram for the betrayal: "It hurts a lot to hurt the people closest to you"

Have you returned yet?

Icardi Lanara: "Thank you for continuing to trust me"

In Argentina, it is claimed that Nara forgave the striker, who apologized on Instagram for the betrayal: "It hurts a lot to hurt the people closest to you"

Mauro Icardi's absence from Paris Saint - Germain's game against RB Leipzig in the Champions League has definitely paid off for him.

Although he did not take part in the great victory over the Germans, he managed to appease his partner in recent years, Wanda Nara, who broke up with him a few days ago via social media, after she claimed he cheated on her with her best friend.

"Thank you my love for continuing to trust our beautiful family," Icardi hinted on Instagram about the comeback of his heart's choice, accompanied by a shared photo of them.

"Thank you for being our engine, I love you. It hurts a lot to hurt the people closest to you, but the best way to recover is to forgive."

Due to the family saga: Icardi is out of the PSG squad for the game against Leipzig

"You ruined another family for a prostitute," Nara wrote, before rushing to delete him.

In addition she removed the track from Icardi before deleting all their shared photos from her page.

Following this, many rumors and reports began around the issue.

"They have separated and are expected to divorce soon," the Argentine media reported.

Nara decided to break up with Mauro after he cheated on her with a close friend of hers - Yochania 'China' Suarez - an Argentine actress and singer who broke into the local consciousness on a reality show when she was just 11, and has since starred in movies and series.

Icardi, as I recall, was not included in the Paris Saint-Germain squad for the game against Leipzig in the Champions League. In fact, even before the comeback, he took off for Milan in an attempt to appease his wife and congratulated her on Instagram on the occasion of Mother's Day celebrated in Argentina, but Wanda ignored and published a story in which she presented her hand and wrote: "I prefer my hand without a ring on it." According to Clarin, what ignited the story was a message sent by Mauro to China Suarez, after it was written by China Lou: "I would be happy to meet you at a club in a part of the world where no one knows you."

Suarez, by the way, denied any connection to the affair and claimed through her associates: "I have no idea where all this came from. I do not know them at all. I just recently broke up with my husband, so will I jump into a new relationship?". When one of her friends asked her to comment in the media to clear her name, Suarez told her: "I have no intention of talking about the subject, it has nothing to do with me. Let them check themselves if what they are publishing is true."

This is not the first time the two have starred in headlines in negative contexts.

About six months ago, the Italian media reported on a crisis between the two, after Icardi called Nara a "bitch" in a post he posted to Instagram.

The striker posted a photo of himself with Nara, along with their shared dog, and wrote: "My dog ​​and bitch."

The Italian media attacked the striker, but his partner came out in his defense: "How funny, he meant to write it in Spanish, but because of the translation everything went wrong. In any case, Mauro loves animals very much and there is no chance he will use them to curse. me".

Several years ago, former Italian actor Daniela Adani revealed that in many cases, the two have sex no less than 12 times a day.

"I do not know what to say," Nara previously responded to the words of coach Antonio Conte, who argued that footballers should not make an effort during sex.

"Let him try before a game and see that it is not so terrible. In any case Mauro is a professional and we do not lie before games. But after games? It's a different story, even though it depends on the result of the game. If he loses, he does not even want to look at me."

The story between Nara and Icardi exploded in November 2013, when the big betrayal came to light when Icardi married Wanda Nara, the ex-wife of his friend Maxi Lopes.

The broken Lopez then claimed that his world had been destroyed on him, while Nara was quick to explain that Maxi had betrayed her dozens of times before, while she had broken up an affair with Icardi only after the divorce proceedings began.

The conflict only got worse when Icardi tattooed Lopez's three children on his body, and over the years more incidents were recorded between the parties.

The coach of the Peru women's national team was fired after having an affair with one of the players - Walla! sport

Have you returned yet? Icardi Lanara: "Thank you for continuing to trust me" - Walla! sport 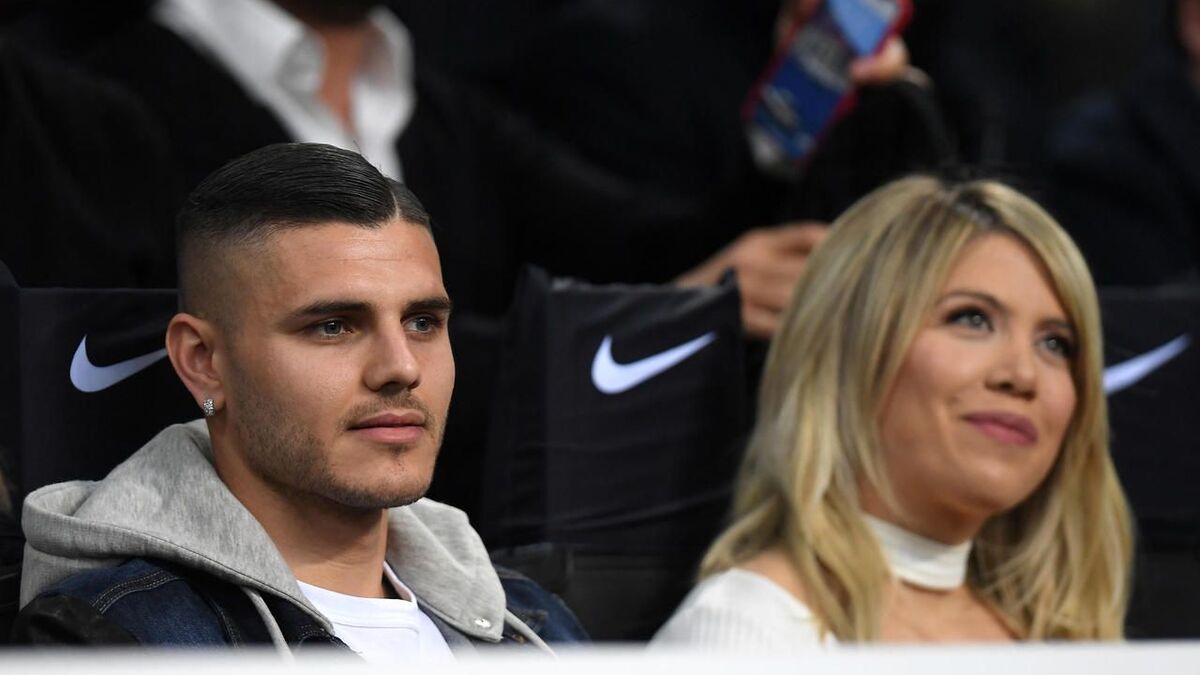 "Destroying another family for a prostitute": Nara broke up with Icardi in Story - Walla! sport

"The loss of Neta Lavie is a severe blow, but we trust the others" - Walla! sport

Avidel in a public apology to his wife: "Excuse me, I deserve humiliation" - Walla! sport