NBA resumption: Milwaukee celebrates his ring by knocking out Brooklyn, the Lakers surprised at the entrance

The defending champions have assumed their status by defeating the Brooklyn Nets, deprived of their unvaccinated star Kyle Irving. 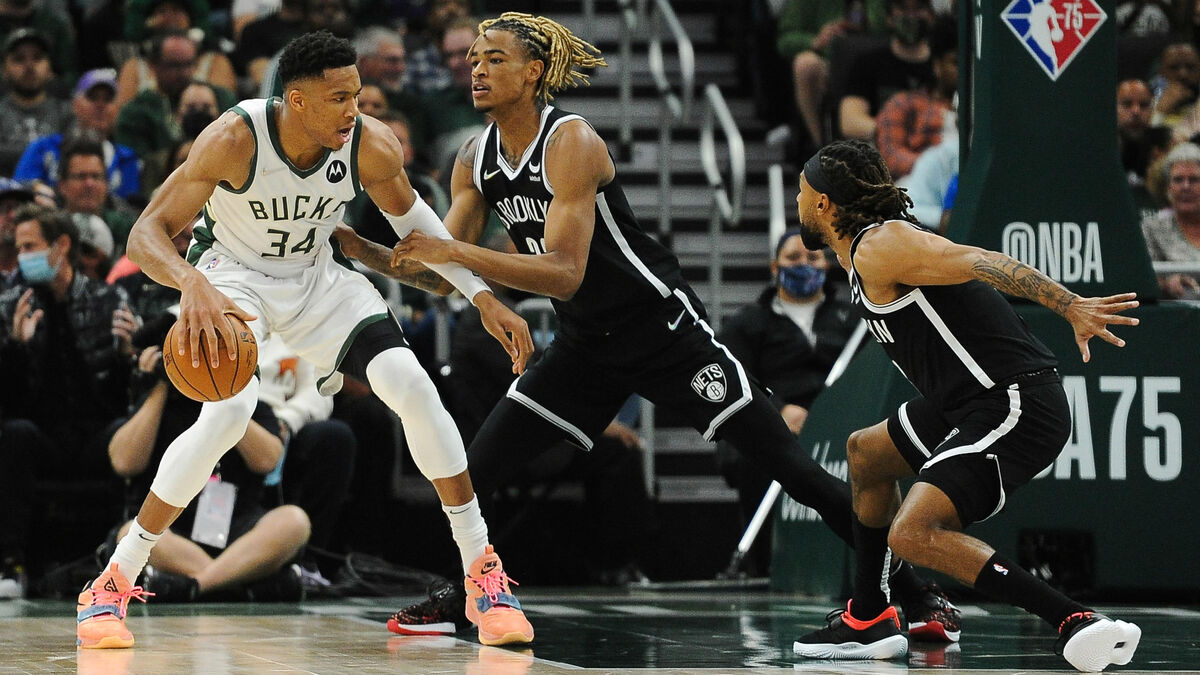 The hunt for Bucks is on, and his opponents are warned: we will have to get up early.

The NBA resumed on the night of Tuesday to Wednesday for its 75th anniversary, an evening marked by two shocks between the champions of Milwaukee and the Brooklyn Nets (127-104), and the Los Angeles Lakers against the Golden State Warriors (121-114) .

The summary of the night.

The Bucks celebrated their ring

Four months after the epic Eastern conference semi-final of the last play-offs (4-3), the remake has again confirmed the superiority of the Bucks over the private Nets of Kyrie Irving.

The latter is removed from the team because he refuses to be vaccinated against Covid-19, which prevents him, according to a decree from the city of New York, from playing home matches.

He could have started the championship in Wisconsin, but its leaders do not accept that it is only partially available.

With him, the Nets would not necessarily have won either, because the Bucks imposed themselves in an authoritarian way, just after receiving their champion ring, adorned with several hundred small diamonds and with "Fear the Deer" (fear the deer) inscribed on it.

Read also From Rudy Gobert to Nikola Jokic, why the Europeans take power in the NBA

It is especially Antetokounmpo that we had to fear in this case for Brooklyn, who could not do much to stop him, since he split 32 points, 14 rebounds, 7 assists, 2 blocks.

“It was hard to switch to the match after the ring ceremony, the lifting of the champion's banner from the ceiling ... We had to leave behind the emotion, the excitement.

In the end, we had a very good match, we respected the battle plan, we played hard and together, ”welcomed the double MVP in 2019 and 2020.

Returned to five points before the break, the Nets could not get closer in the second act, despite Patty Mills, author of a 7/7 behind the arc (21 pts), under the eyes of Tony Parker , of which he was for a long time the understudy in San Antonio and who was present at the Fiserv Forum, in the company of the F1 drivers, the French Pierre Gasly and the Monegasque Charles Leclerc, who will compete in the United States Grand Prix on Sunday in Austin.

The Lakers have asked for time this season before showing their full potential.

The team chose to remodel everything this summer around the LeBron James / Anthony Davis duo.

She called on talented veterans like Russell Westbrook, Carmelo Anthony, Rajon Rondo, and warriors like Trevor Ariza and Dwight Howard.

But as expected, the oldest workforce in the league (30.7 years on average) has not yet found its rhythm.

The Warriors, led for three quarters, ended the meeting with a bang, inflicting a 38-29 in the last twelve minutes.

All without Stephen Curry exploding the counters.

Jordan Poole added 20 points and the bench 55, demonstrating that the collective set up by Steve Kerr (30 assists) was much more developed than that of the Lakers, in which only Anthony Davis (33 pts, 11 rebounds) has been in on with James.

Under the eyes of Jack Nicholson who found his “courtside” chair at the Staples Center, after two years of inability to get there during the pandemic. 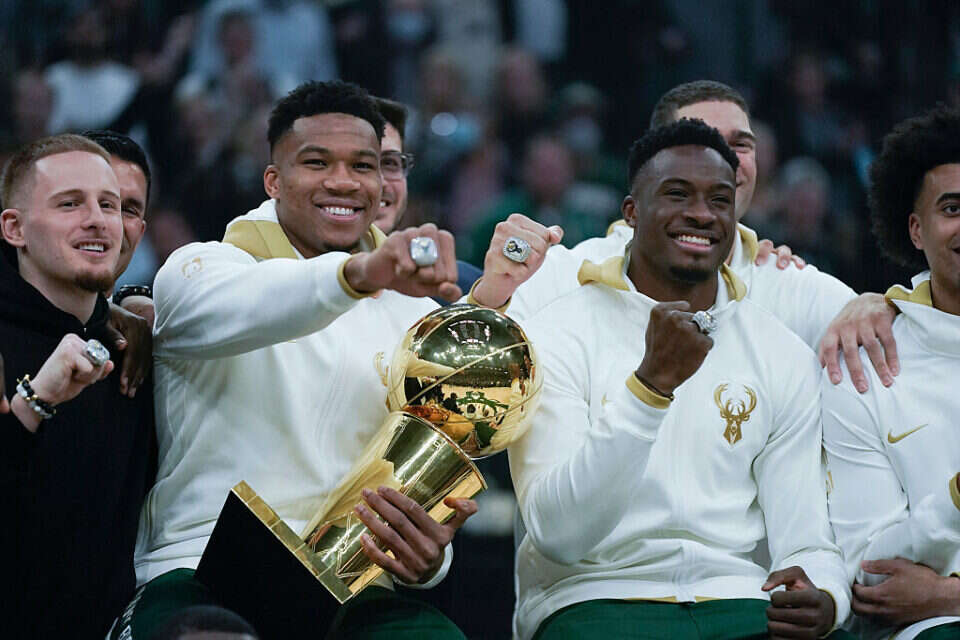 Milwaukee received the championship ring: "We did it!" | Israel today 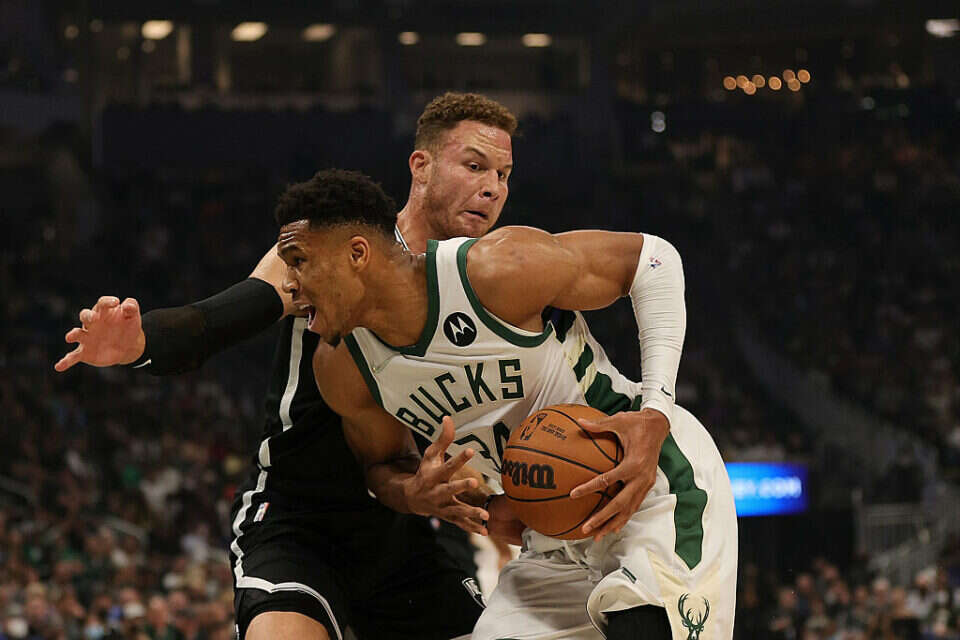 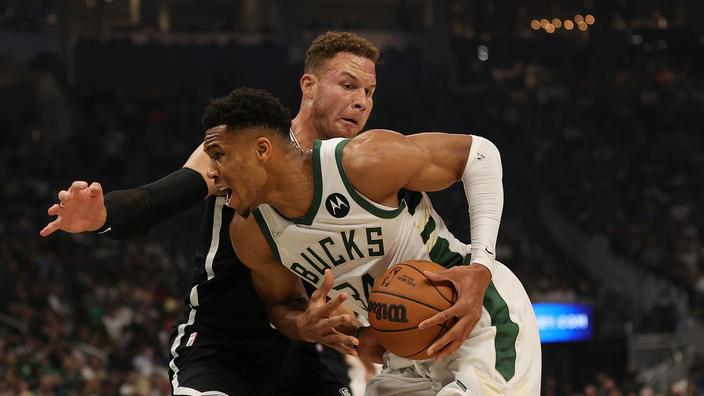 NBA: Milwaukee starts defending his title and the season with a card against Brooklyn

NBA resumption: Milwaukee celebrates his ring by knocking out Brooklyn, the Lakers surprised at the entrance 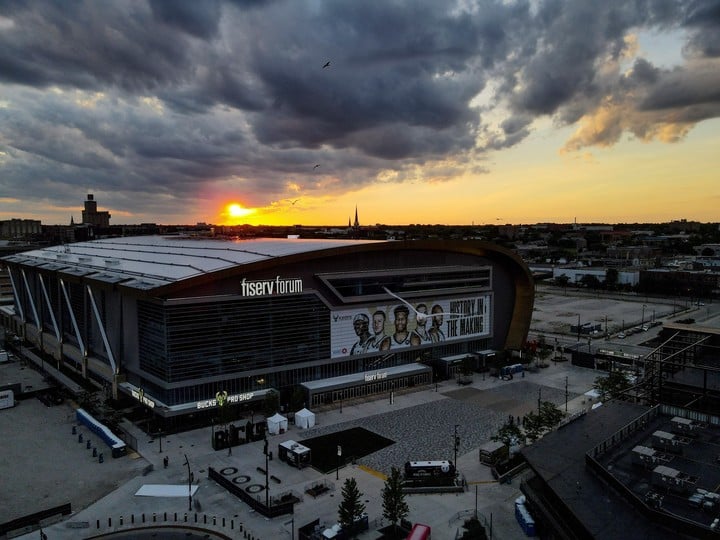 Almost half a century of ostracism, the failed purchase of Michael Jordan and the revenge of the 'small markets': Milwaukee Bucks, NBA champion

LeBron is back in the Lakers' defeat in Boston, Harden shone in Brooklyn's victory - Walla! sport