The two suspects involved in the violent melee in the Betar Jerusalem stand were removed from the pitches for 3 months. The suspect who beat the fan received a 30-day restraining order from her. Betar furious: "If this approach continues the next attack is a matter of time"

Bloomfield detainees were deported for 90 days.

Betar protests: "Spitting in front of the fans"

The two suspects involved in the violent melee in the Betar Jerusalem stand were removed from the pitches for 3 months. The suspect who beat the fan received a 30-day restraining order from her.

Betar furious: "If this approach continues the next attack is a matter of time"

One of the suspects, who allegedly beat a fan in the stands, received a 30-day restraining order from her, and was released from custody.

Eli Ohana: "La Familia, enemies and haters of Betar, hooligans are a compliment for them"

Is this what will solve the problem?

Betar fans in Bloomfield (Photo: Walla! Sports, section 27A of the Copyright Law)

The chairman of the administration, Erez Kalfon, referred to the "mitigating punishment of the courts against the criminal rioters who call themselves Betar Jerusalem fans," as he put it. "Only a hard hand will stop the violence in our society," the principal wrote in a statement. Israeli football, as a popular sport in Israel, must be protected by the court system in order to create an aggressive legal precedent and prevent the spread of the disease of violence in our country.

" The court system will impose crucial importance in continuing to hold football games as an experiential and safe place for families and children. I intend to address the Minister of Justice and the President of the Supreme Court with a view to aggravating future punishments and clarifying the importance of fighting criminals on sports fields. "

Betar Jerusalem stated: "The punishment given today is a spit in the face of Betar Jerusalem fans who were injured in Bloomfield and all football fans in Israel and stands in stark contrast to all the statements and promises scattered in recent days. Betar Jerusalem calls on Minister of Internal Security, Minister of Culture And all relevant bodies to act quickly and decisively in order to aggravate the punishment and prevent the next attack in favor of sports culture and Israeli society.

If this approach continues, the next attack will be a matter of time. "

Also in Betar: Marko Jankovic, who returned with a groin injury from the Montenegro national team game and was absent from the game with Hapoel Tel Aviv, will also be absent on Sunday against Hapoel Haifa, after a blood transfusion showed him, and he will return to full training only next week. Grechkin continues to suffer from ankle pain but will try to train him.Ural Degani has returned to training, but the assessment at the moment is that at best he will sit on the bench. 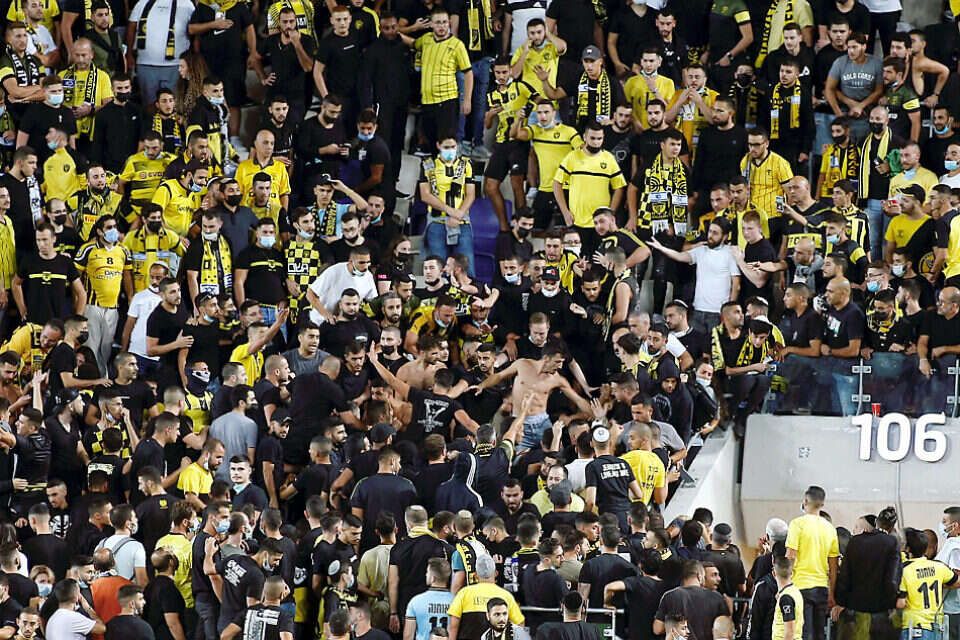 Kalfon on the Minor Punishment of Betar Fans: "Only a Hard Hand Will Stop the Violence" | Israel Today

Moshe celebrates: "Hooligans must be hit in the pocket." Hasson: "Afraid of the derby" - Walla! sport