An overview from Korbi Holzer to Uli Liebsch to Andrea Lanzl.

Geretsried - Even if the Geretsried teams have mostly celebrated their successes over the past 60 years in a regionally manageable framework, every now and then a ray of sunshine from national or even international ice hockey fell on the Upper Bavarian town on the Isar. In the 1990s there was Horst Valasek, a coach who achieved something unique in his Czech homeland: Under his direction, HC Vsetin rose from the second division to the extra division and immediately won the championship there. A number of Geretsried trainers were national players and German champions themselves, such as Hans Rothkirch from Tölz (Cologne EC) and Mike Wanner (Berliner SC), who was born in Füssen. Or definitely successful in the DEL or 1.Bundesliga (Florian Funk, Christian Ott) or the 2nd Bundesliga or Oberliga (Peter Holdschik, Martin Melchert, Sebastian Wanner).

The legendary Vlado Kames, for example, who was sorted out at EC Bad Tölz in 1998 and gladly taken at TuS Geretsried, won the world championship title with Czechoslovakia in 1985 as a youngster.

Reijo Mikkolainen won the silver medal with Finland at the 1988 Olympic Games in Calgary - and also won the Suomi League championship seven times with Tampere and Turku.

Rostislav Vlach has won the same number of titles in the Czech and Slovak extra leagues.

The Latvian Juris Opulskis, who was under contract twice in Geretsried (1996 to 1998 and 2002 to 2005), has represented his country at several world championships.

There were also actors who only succeeded in making a big hit after their guest appearance at TuS.

The powerful Canadian Paul Beraldo, for example, later won titles in the DEL with the Mannheimer Adlers and in Great Britain with the Sheffield Steelers.

After all, the native Canadian Wayne Hynes made it to the German national player, who was also twice champion in the DEL (Mannheim, Munich).

Last but not least, two successful alumni: Christina Fellner (née Oswald) from Garmisch led the Geretsrieder Moskitos to the German championship in 1994 and held the record national player title for many years. And Daniel Piechazcek comes from the offspring of the TuS and was one of the most successful ice hockey referees in Germany for years.

And of course there are a large number of local players who have been an integral part of the club for all their active years.

Strong goalkeepers like Manfred Heinke (who also had special merits in the youth work and especially a feeling for goalkeeping talents), Hansi Marko and Olaf Björner.

Or leaders like Gerhard Herrmann, Hubert Jellen and Andreas Dornbach.

The (subjective) ranking of the most successful Geretsried ice hockey players looks like this:

The left winger, who ended his outstanding career in 2019, can also refer to a proud 66 appearances in the DEB jersey (one Olympic and four World Cup appearances). The now 43-year-old also started in the TuS youth team and was already involved in various selection teams at European and World Championships as a youngster. In 1995 Morczinietz moved up to the Geretsrieder Oberliga team at the age of 17. Two years later he moved to EC Bad Nauheim and GEC Nordhorn. In 2001 the lively striker made the leap to the DEL, where he was nominated four times for the "Allstar Game" over the years. The first stop was the Augsburger Panther, after a year it went on to the Cologne Sharks, where he became German runner-up. In 2004 Morczinietz moved to the Hannover Scorpions,to which he - interrupted by two guest appearances in Wolfsburg - remained loyal even after their retirement in 2013 to the Oberliga Nord. In addition, the son of long-time TuS trainer Robert Morczinietz and brother of ESC goalkeeper Martin Morczinietz completed his teaching degree and now works after 21 years as an ice hockey professional with 613 DEL games as an English and sports teacher at a high school in Wedemark.

There was a steep climb up the career ladder with the son of long-time ice sports department head Oskar Janka. Son Markus moved up to the men's division at 17 and one year later he was the number one goalkeeper of the River Rats in the major league. In 2000/01 he dared to jump into the DEL to the Schwenninger Wild Wings. In the following 15 years, the seven-time national player frequently switched back and forth between the DEL and DEL 2, and was active for a short or long period in Regensburg, Kassel, Duisburg, Krefeld, Freiburg and Straubing. In 2010 he switched to the Ingolstadt Panthers, with whom he celebrated his greatest success four years later by winning the German championship title. After 170 games in the DEL and 113 in the 2nd Bundesliga, Janka came back to the Oberland and joined the Tölzer Löwen.Twice he was named "Goalkeeper of the Year" in the major league and led the old master back to the DEL 2. After retiring, he followed in his father's footsteps and became chairman of the ESC Geretsried.

Together with Rudi Sternkopf, he was the first Geretsrieder to make it to the top. Liebsch, born in 1966, was already a 17-year-old at TuS in the 2nd Bundesliga South. After the relegation of Geretsrieder, the variable striker moved to EHC Freiburg, with whom he was twice second division champion and also promoted to the 1st Bundesliga. In 1990 the eleven-time national player went to the Cologne EC, with which he was once German runner-up. Liebsch came back to Geretsried for the 1994/95 season because of vocational training before he returned to the DEL (Berlin Capitals) for three years. Finally, the now 54-year-old was still active for three seasons for SC Bietigheim-Bissingen in the 2nd Bundesliga. Liebsch then moved behind the gang and was a coach in Bietigheim,Iserlohn and Ravensburg as well as working for three junior national teams (U 16, U 17, U 20). His two sons also played ice hockey successfully - Milan was active in the 2nd Bundesliga and Oberliga (Bietigheim, Freiburg, Munich, Ravensburg).

The time of TuS Geretsried in the 2nd Bundesliga from 1983 to 1985 was also the springboard for the then U20 national player. The EHC Freiburg scouts became aware of the tricky striker. Sternkopf moved together with Uli Liebsch to the second division club in Breisgau, in 1987, under coach Jaromir Frycer, he contributed 47 scorer points to the title win, and yet went for one season to the Bundesliga club Schwenningen, which was coached by Vaclav Nedomansky. After a year he returned to Freiburg, now with Josef Capla as coach. Further stations of the attacker in the 2nd Bundesliga and Oberliga were the ESV Kaufbeuren, Heilbronner EC, ECD Sauerland, SC Riessersee and TEV Miesbach. After the end of his professional career, Sternkopf started his coaching career. He worked successfully in Erding and Peißenberg,was also active in Fürstenfeldbruck and Deggendorf. Since 2020 he has been training his hometown club Geretsried again.

Sympathetic, rather inconspicuous on the ice, but hard-working - this description probably best applies to the now 38-year-old center forward.

In 1998 the Geretsrieder homegrown team moved up to the TuS regional league team and quickly fought for a regular place.

Urban remained loyal to the ECT for eleven years and was the undisputed team captain for a long time.

The greatest success was the German Oberliga Championship in 2012. In the end, he saw 267 games in the DEL 2 and 414 in the Oberliga before ending his career.

From Geretsried up to the DEL and back - this is the best way to describe the career of the goalkeeper. With his older brother Andreas towing him, little Martin once started at the TuS ice hockey school. Of course, his talent as a goalkeeper did not go unnoticed by the legendary junior coach Manfred Heinke, and so Morczinietz went step by step up the ladder of success. The now 37-year-old played in all Bavarian national teams and up to U17 he also played in the national team. Thanks to his brother Andreas, he made it to the DEL or 2nd Bundesliga in 2004. He played in Bremerhaven, Hanover, Augsburg and Bietigheim, where he was once champion and once runner-up in the DEL 2.In parallel to his work as a professional ice hockey player, he completed a distance learning course in "International Management". After a few years in the top league (Klostersee, Sonthofen), the keeper returned to the River Rats in 2017, where he continues to prove himself as a sovereign support.

No slap shots, no checks - women ice hockey is still treated somewhat disparagingly by many men. It is not uncommon for the women to offer ice hockey that is better in terms of running and technology. In Geretsried you could enjoy it from the beginning to the middle of the 1990s, including winning the German championship in 1993. Before the successful mosquitoes finally migrated to Garmisch, Sabrina Kruck also booked her first appearances. The native Geretsrieder celebrated her successes later in Kornwestheim and Planegg, where she was German champion. In her career, the defender came to 162 international games (7 goals, 23 assists, 124 penalty minutes) and took part in the 2002 Olympic Games in Salt Lake City and 2006 in Turin. Kruck also had a distance learning course, as a sports specialist,completed. After the end of her career in 2010, she returned to Geretsried. Here the mother of two ties up the ice skates again for the Geretsried women's team. The 39-year-old also heads the ESC office.

After the mosquitoes in Geretsried in 2001, the Lanzl sisters had no choice but to look for a new sporting home. Michaela (born 1983) was active in Riessersee, Germering and Planegg in the following years. For two years she played for the team at the University of Minnesota in Duluth / USA. Before she hung up her skates in 2010, she made 136 international matches for Germany (59 goals, 35 assists, 68 penalty minutes). Her sister, who was four years younger than her, was even more successful. Andrea played for Bergkamen in the Bundesliga for many years and celebrated two German championships; later there was another title in Planegg. Further stations were Ingolstadt, Linköpings / Sweden and Memmingen. Meanwhile she is also a record national player,comes to 316 missions for Germany (55 goals, 81 assists, 122 penalty minutes).

Still on the puck is Andrea Lanzl, who is now a record national player with 316 DEB appearances.

Andreas Morczinietz wore the jersey of the national team 66 times, was once at the Olympics and at four World Cup tournaments.

Pure joy: Markus Janka (right, with his goalkeeper colleague Timo Pielmeier), today chairman of the ESC, was German champion in 2014 with Ingolstadt.

After his active career, the long-time professional Uli Liebsch (right) also worked successfully as a trainer in the DEL and in the junior division of the DEB. River Rats: Miracles are not yet to be expected "It's not like James Bond": That's why the bomb defuse took so long Stephanie Lottermoser opens the “Jazz dahoam” series in the Ratsstubensaal 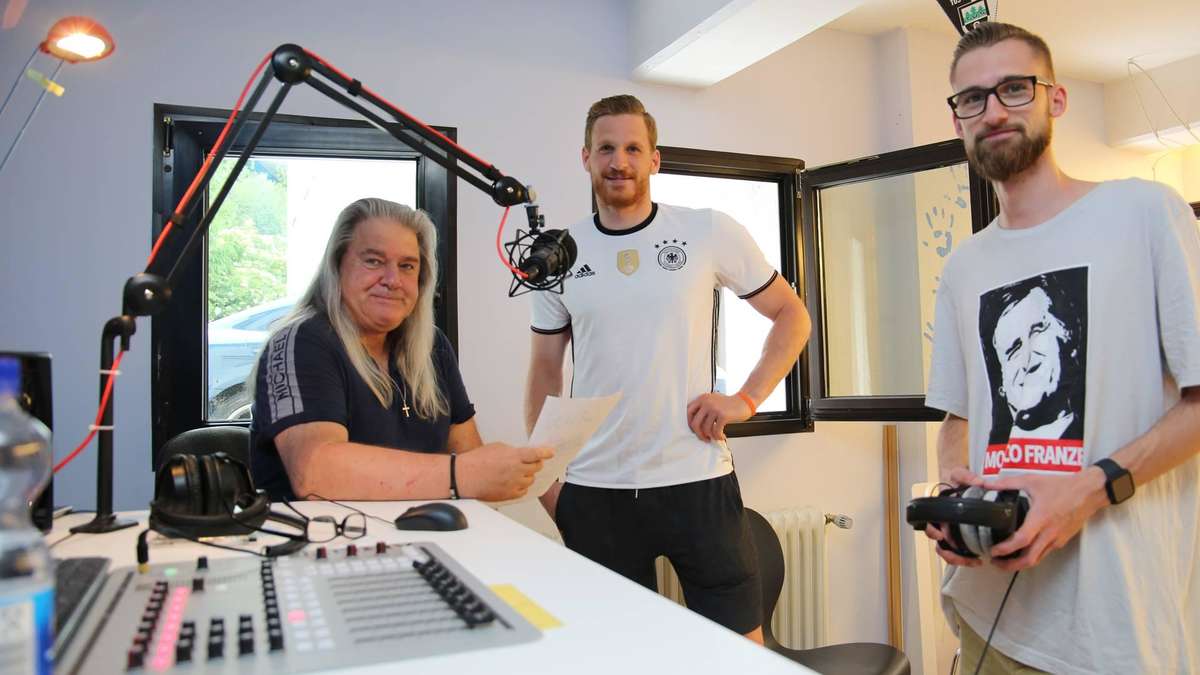 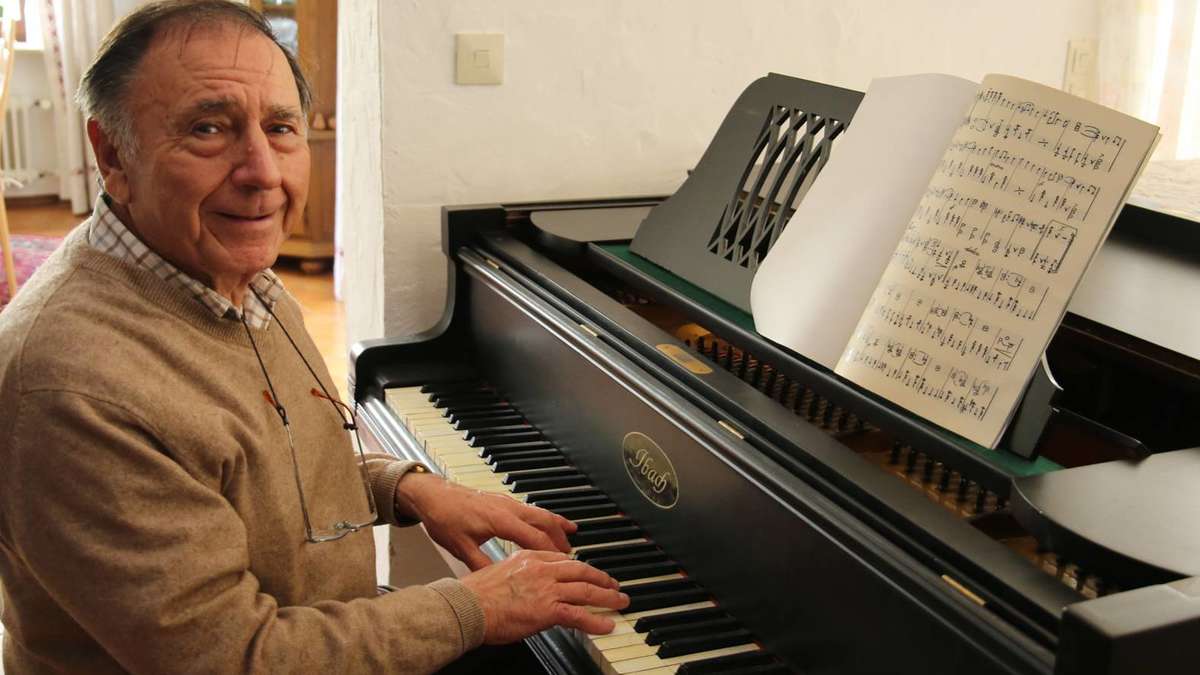 Werner Sebb researched the life and work of Paul Kochte