After a turbulent week on Sunday (1.30 p.m.) at SV Sandhausen, SV Werder Bremen have to find their way back on the road to success. The preliminary report of the DeichStube *.

After a turbulent week on Sunday (1.30 p.m.) at SV Sandhausen, SV Werder Bremen have to find their way back on the road to success.

with harsh words and insinuations to a critical report on

, the person concerned relies more on ignorance. The

admits that “a slightly different week than the weeks before” is behind him, but

. The latter is more than understandable: The game in the third from bottom of the 2nd division should be trend-setting. In the event of a defeat, the mood in Bremen would definitely change and the discrepancies in and around the team could become even more apparent.

Beginning itself sees the situation in the table tenth by far not as dramatic.

“We just don't have the continuity to design the games on the same level.

If we then do not deliver the results as we imagine, it is logical that there is a certain dissatisfaction in the general environment.

Werder Bremen against SV Sandhausen: "We have to be able to endure that criticism comes up"

By this he means - without explicitly addressing it - above all the

So the beginning should not only be infected with striker Niclas Füllkrug, but also with other professionals as well as with employees in the supervisory staff.

We can hear that the working atmosphere is irritable.

Baumann clearly contradicted this on Wednesday and complained about “speculations and false claims”.

The sports director also demanded that the media let the team and the coach work in peace in the future.

deals with this topic in a much more relaxed manner. “We have to be able to withstand the fact that criticism comes. It doesn't affect my work, ”assures the 47-year-old. From his point of view, there were only two topics this special week anyway. “On the one hand, there was the incident with Niclas, which luckily went in the right direction,” said Anfang. After the 3-0 disaster in Darmstadt, Füllkrug had a clash with Clemens Fritz in the dressing room and apparently offended the head of professional football. For this he was suspended from training for three days and had to pay a fine. “The other issue was that after the really good game against Heidenheim we didn't manage to match it up in Darmstadt. This is a pity. Because I think we have the quality we need and can do it, "says Anfang:“We have worked through these two topics and will now focus on the

Werder Bremen wants to win against SV Sandhausen: "We have given away too many points"

There the Werder coach expects a game similar to that in Darmstadt.

But this time everything should be different, there will be no third disastrous 0: 3 after Dresden and Darmstadt.

Because the tenth in the table thinks ahead again and doesn't want to play the ball backwards so fearfully.

"We are a team that can create a lot of chances and shoot a lot on goal, the statistics show that," emphasized Anfang.

And indeed: with 155 shots on goal

is right at the top in the ranking of the 2nd division, but only in 13th place in terms of effectiveness. The beginning now challenges

again more courage and, above all, attention. The rooms to play your way forward were definitely there in Darmstadt. He made this clear to the players in the video analysis. And the team itself entered the discussion. The willingness of this young team to develop is enormous, so the beginning.

“In Sandhausen we can show that we have learned a bit from it, but we cannot plan results. You can't do that in football. You can get a counterattack and lose the game, "says the coach:" But you have to play forward with conviction, then you can force a victory. "That will be

. "It's difficult to play there," says

from personal experience. He and his teams competed in the Hardtwald three times. With Kiel (1: 3) and Darmstadt (2: 3) there were defeats, with 1. FC Köln he celebrated a 2-0 victory. Such a success could not only be the beginning, but also

currently in good use.

Because after three defeats and only one win in the last four games, the pressure on the relegated team is already quite high after ten match days, as Baumann himself announced after the Darmstadt bankruptcy: “We have already given away too many points.

We have to change that as soon as possible.

Otherwise it will be a season in which we will not achieve our goals again. ”(Kni)

Werder Bremen against SV Sandhausen in the live ticker!

Before the game against Sandhausen: Werder Bremen coach Markus Anfang ignores the criticism 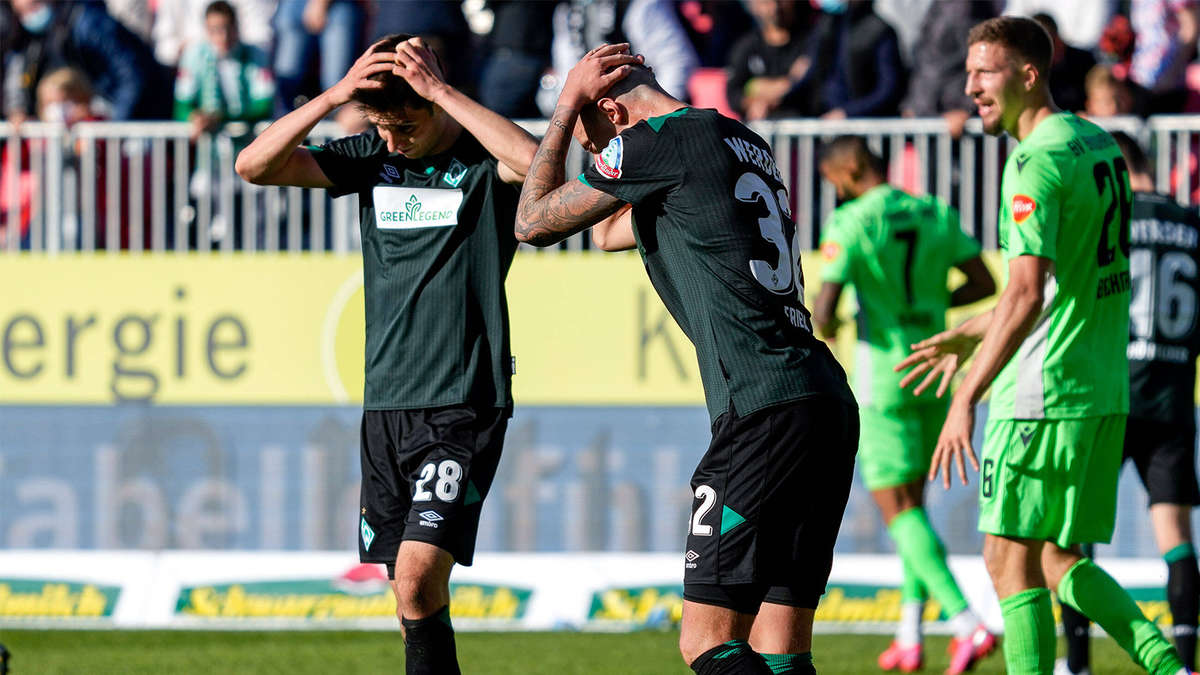 Not losing is not enough: resentment and fresh dissatisfaction after Werder's draw against Sandhausen

Not losing is not enough: resentment and fresh dissatisfaction after Werder's draw in Sandhausen

Not losing is not enough: resentment and fresh dissatisfaction after Werder's draw in Sandhausen