Denklingen is hot for district league hits - Ansorge: "The spark jumps over there"

All of Denklingen is hot for the upcoming district league hit. The VfL receives the SC Oberweikertshofen. All of Denklingen is hot for the upcoming district league hit.

The VfL receives the SC Oberweikertshofen.

Denklingen - The top game in the District League South is rising in Denklingen: VfL is expecting SC Oberweikertshofen on Sunday.

The climber can finish the first half of the season with a win - and is hot for the coup.

They will probably never sign a player like Mayande Sall in Denklingen. The native Senegalese, who emigrated to Spain at the age of 15, played his way up to the third division in his adopted home and in France. The 24-year-old striker is now hired by SC Oberweikertshofen in Bavaria. Sall has now played eight games for the sports club and scored seven goals. The fact that migrant workers will feel at home in Oberweikertshofen when it comes to “football” is hardly to be expected given their quota and quality.

At VfL they have very precise ideas about what home is.

At every home game, almost the entire village makes a pilgrimage to the Am Forchet sports complex, especially the mayor.

"The spark jumps over there," says Markus Ansorge.

The trainer is completely fascinated by the feeling of togetherness in the 2500 souls community.

Ansorge, who lives in Peiting, has practically been incorporated and is experiencing a mood that he never knew before.

“We always have a big party,” he enthuses about the great enthusiasm that his team has sparked.

In the summer, players and fans celebrated their victories, sometimes well into the night.

VfL Denklingen: "We always have a big party"

Because his kickers all grew up in Denklingen and have been playing together at VfL since they were youngsters, they are deeply connected to the other villagers.

You have known each other since kindergarten or school, you visit each other on birthdays or weddings.

The families have maintained contact and friendship for generations.

“It's like a big family,” says Ansorge of an extraordinary network of relationships.

In order for the whole thing to sparkle like under a magnifying glass, it only took one team to stir up the league with exceptional performance.

“Everyone talks about thinkers”, Ansorge follows with pride that the newcomer from the district league is the number one topic of conversation up and down the Lech. The outsider has rented himself at the top of the table of the District League South and presented his audience with a real top game against SC Oberweikertshofen (3 p.m.) at the end of the first half of the season. If VfL wins, they are half-time champions. "That is an incentive," the trainer clarifies. "The boys can put a small memorial there for themselves."

In Oberweikertshofen, on the other hand, a draw is enough to win the unofficial title. Both counterparties show almost identical numbers. Nine wins, two draws and two defeats have so far jumped out for the two top teams. When it comes to goal difference, the bottom line is that both of them have 14 goals. Only Oberweikertshofen scored four more goals and conceded four more goals (32:18). But the two opponents, athletic at the moment on an equal footing, are actually worlds apart. “Everyone has their own philosophy,” says Ansorge, referring to two fundamentally different approaches to how football can be interpreted in the country.

The Denklinger Weg does without financial arguments for the players. Mayande Sall could be a completely happy person at VfL, but he couldn't make a living there with football. In Denklingen, there is no provision for a few to benefit from kicking. Through its enormous cohesion, the club creates lasting values ​​that benefit everyone, such as the new sports grounds, which will be inaugurated in November.

"Identification plays an important role," says Ansorge, how meaningful the common commitment at VfL is. And so a goalscorer like Simon Ried, who with his 14 goals this season could certainly also kick in Spain, France, Oberweikertshofen or anywhere else, feels obliged to those who volunteer for the club for countless hours. The goalgetter would not leave VfL Denklingen anyway. “They all want to stay there,” says the coach of the deep roots of all his players in their homeland. It goes without saying that Ried, who suffered from muscular problems during the week just as much as central defender Moritz Hemkendreis, is back against Oberweikertshofen. After all, the biggest party in Lechrain should continue on Sunday.

Denklingen is hot for district league hits - Ansorge: "The spark jumps over there"

All of Denklingen is hot for the district league hit 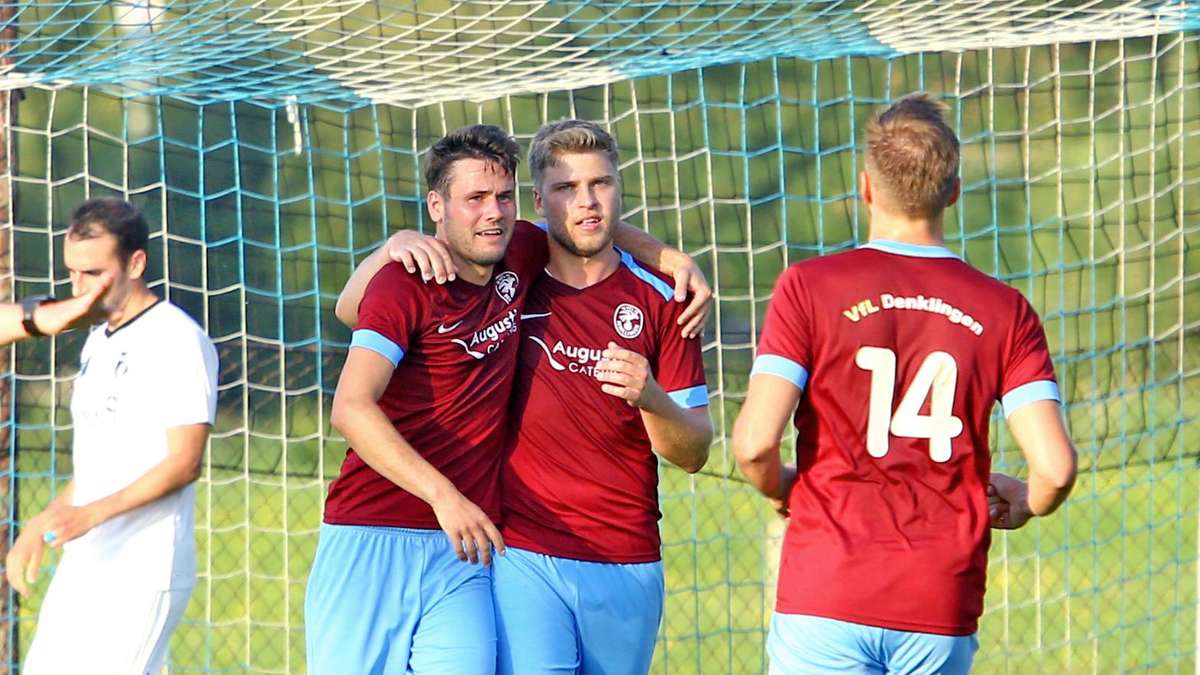 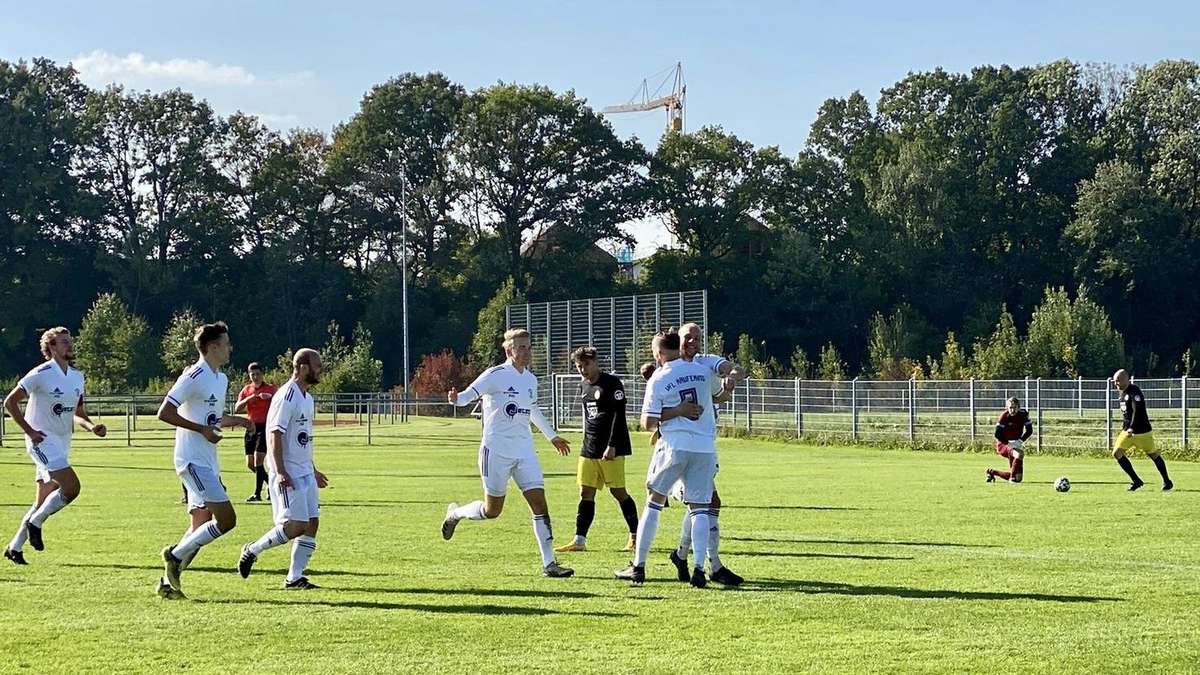 Firmly anchored at the top of the table: Kaufering and Denklingen Kaufering is (almost) the autumn champion As guests of the offensive artists 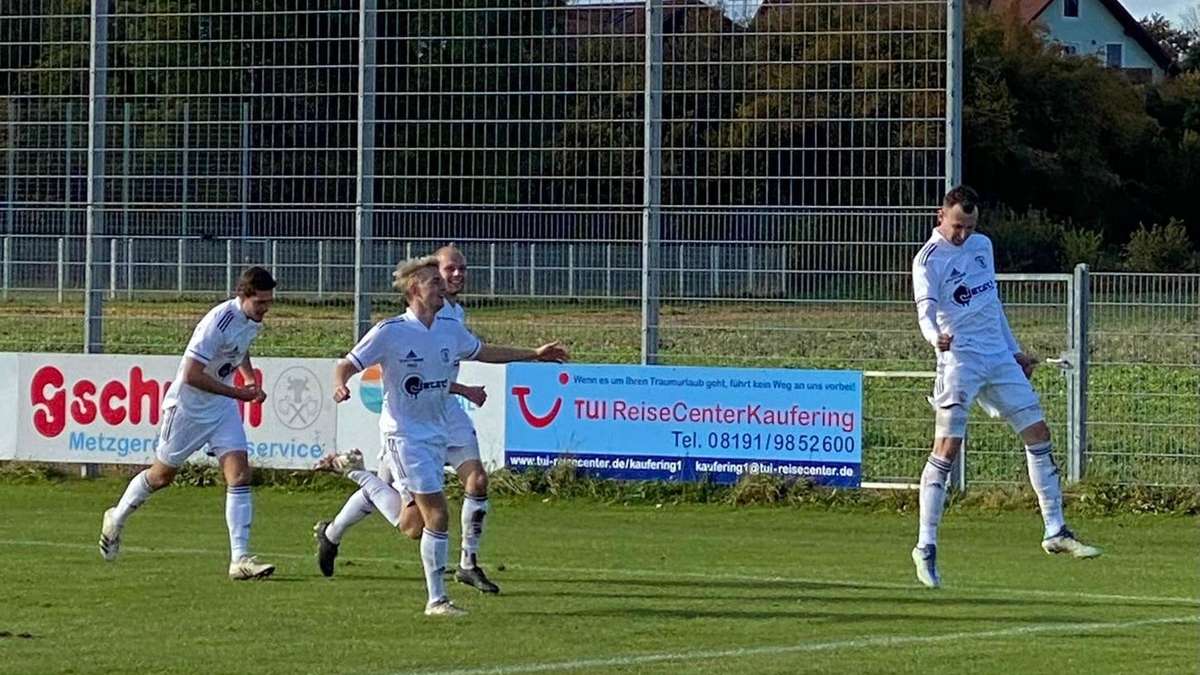 Kaufering is the autumn master