MotoGP: so close to the title, Fabio Quartararo does not want to rush

If he can be crowned world champion for the first time on Sunday after the Grand Prix of Emilia-Romagna, the Frenchman prefers to remain detached from this goal. For the moment. 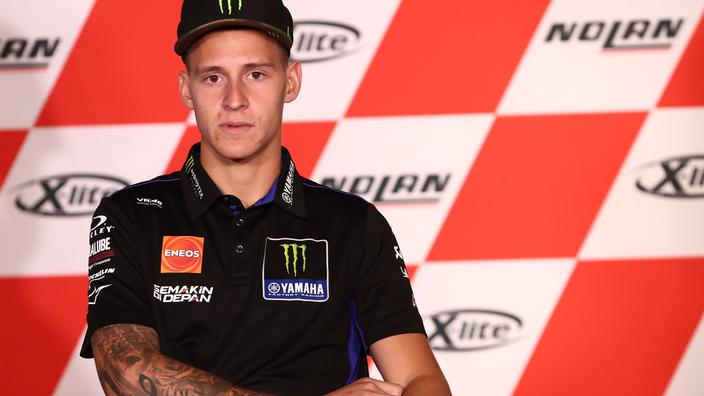 History! Fabio Quartararo has a first chance to win the MotoGP title - the first for him and for France - this Sunday at the Grand Prix of Emilia-Romagna, in Misano. Each victory worth 25 points, to crown the crown in Italy, the Yamaha rider will have to keep at least 50 lengths ahead of his last rival, Francesco Bagnaia (Ducati), since after the transalpine stage, there will still be two events to run. in Portugal (November 7) and Valencia (November 14). Knowing that he has a 52-unit mattress, Quartararo must therefore not lose more than two points on the Italian (or that the latter does not score more than two, whatever the result of the Frenchman). ). That is to say a multitude of possible scenarios ...

This weekend, the battle promises to be close, however. Bagnaia won ahead of Quartararo on the same circuit in September, at the San Marino Grand Prix. But the figures plead in favor of the leader of the championship since the 5th round, in France, in May. “

If we get there at Misano, it will be fantastic, but Pecco is very strong there

,” Quartararo recalled at the end of the previous round. “

Otherwise, we'll have another chance. You just have to stay calm.

"A state of mind that has hardly changed since for the 22-year-old Niçois who confided in a press conference on Thursday. “

To be honest, my head is not too much in the championship. I try to take it as a normal race, which should be approached as at the start of the season. And we will see on Sunday whatwe can take risks.

In other words, to seek "

Fabio will want to conclude as quickly as possible because the longer it lasts, the more complicated it is.

In this, therefore, Quartararo will probably not follow the advice of a certain Valentino Rossi, an expert in the field of the top of his nine world titles including six won in MotoGP, who had given him this advice: "

Fabio will want to conclude the most quickly possible because the longer it lasts, the more complicated it is.

I will not rush,

Each person is different, and Valentino has a lot of experience with it, but I see it differently. The most important thing is to be calm, not to make mistakes. If it does not happen here, it will be next time in Portimao (Portugal, editor's note). You shouldn't take your head with that.

”, repeats for his part Bagnaia.

He retains a coronation hope but must count on at least two blank scores from the 22-year-old Frenchman in the last three races.

But Fabio has never given up this season.

Better, he is the only one to have "

If the title was not played, the weekend would be no less exceptional. Indeed, it will be the last home appearance of icon Valentino Rossi (Yamaha-SRT), who will retire at the end of the season. “

The previous race in Misano was already a very moving moment

This one will, of course, be a special race at home, and I hope the Italian fans will enjoy it.

Among the other titles to be won, the honorary title of best independent driver (running for a private team) can also go to Johann Zarco (Ducati-Pramac) on Sunday. Fifth in the championship with 141 points, the Frenchman will have to leave Misano with 51 steps ahead of his closest pursuer. He has, for the moment, 37 on the Spaniard Aleix Espargaro (Aprilia), 59 on his Spanish teammate Jorge Martin, 70 on the Italian Enea Bastianini (Ducati-Avintia) and 71 on the Japanese Takaaki Nakagami (Honda- LCR). The titles of the constructors (which Ducati and Yamaha compete for), of the teams (for which the official Ducati and Yamaha teams are favorites, but to which Suzuki, Ducati-Pramac and KTM can still claim) and of the "

»Of the year (among the beginners Martin, Bastianini and Luca Marini) cannot, on the other hand, be awarded in Emilia-Romagna.

Fabio Quartararo will be crowned on Sunday if:

- he finishes ahead of Bagnaia

- he is 5th and Bagnaia does not do better than 4th

- he is 6th and Bagnaia does not do better than 5th

- he is 7th and Bagnaia does not do better than 5th

- he is 8th and Bagnaia does not do better than 6th

- he is 9th and Bagnaia does not do better than 7th

- he is 10th and Bagnaia does not do better than 8th

- he is 11th and Bagnaia does not better than 9th

- Bagnaia does not do better than 14th or retires, regardless of his own result

MotoGP: so close to the title, Fabio Quartararo does not want to rush 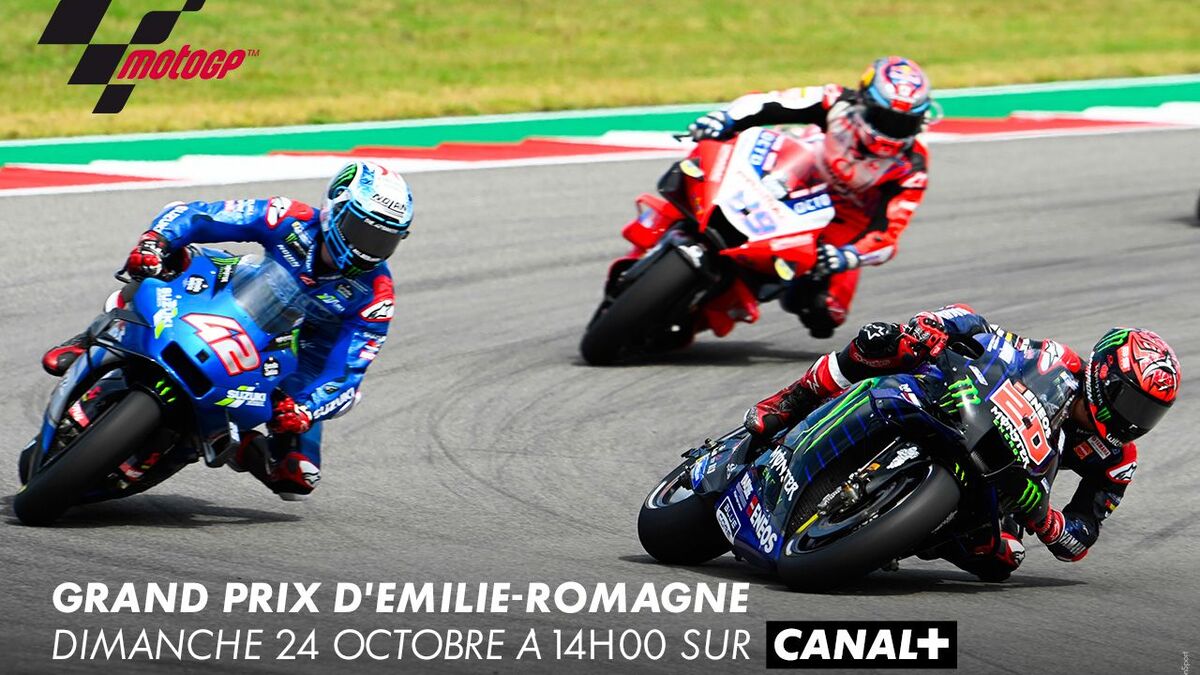 Fabio Quartararo: Where to see the race that could make him the MotoGP World Champion? 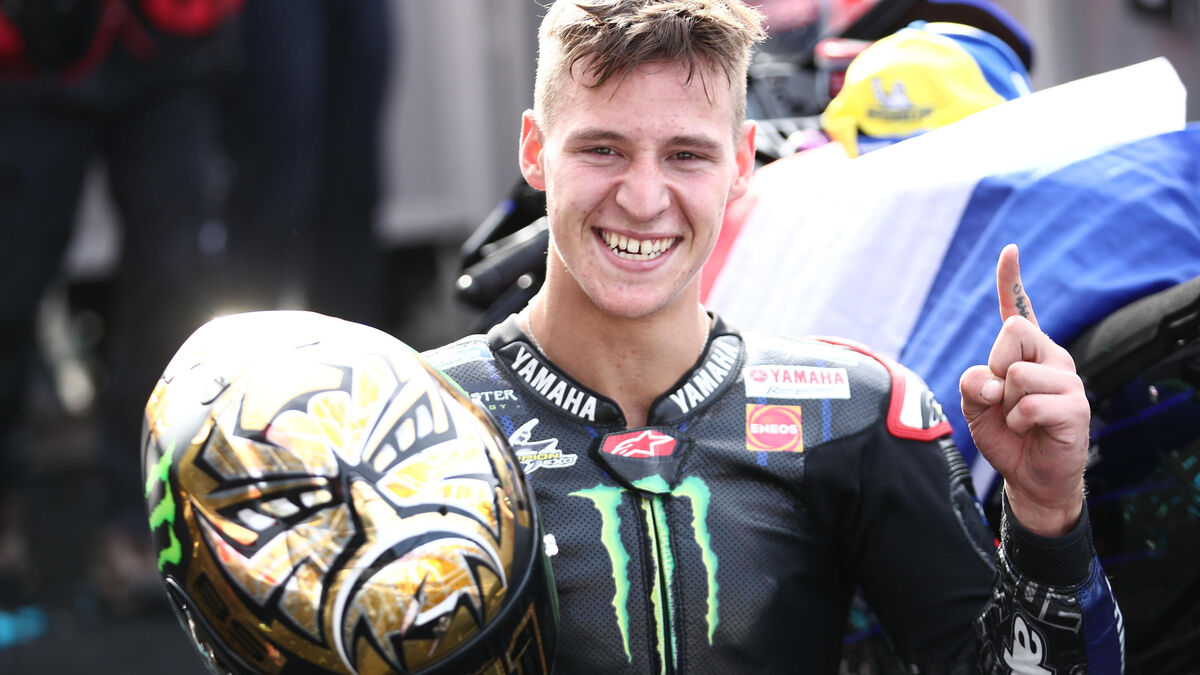 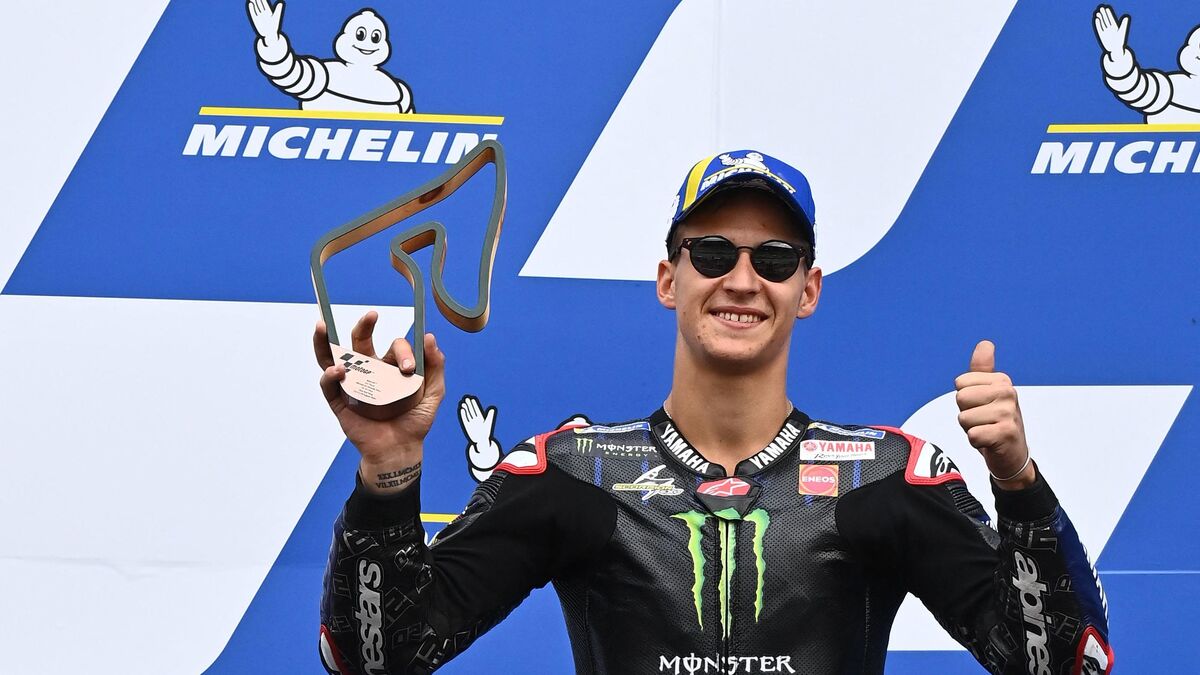 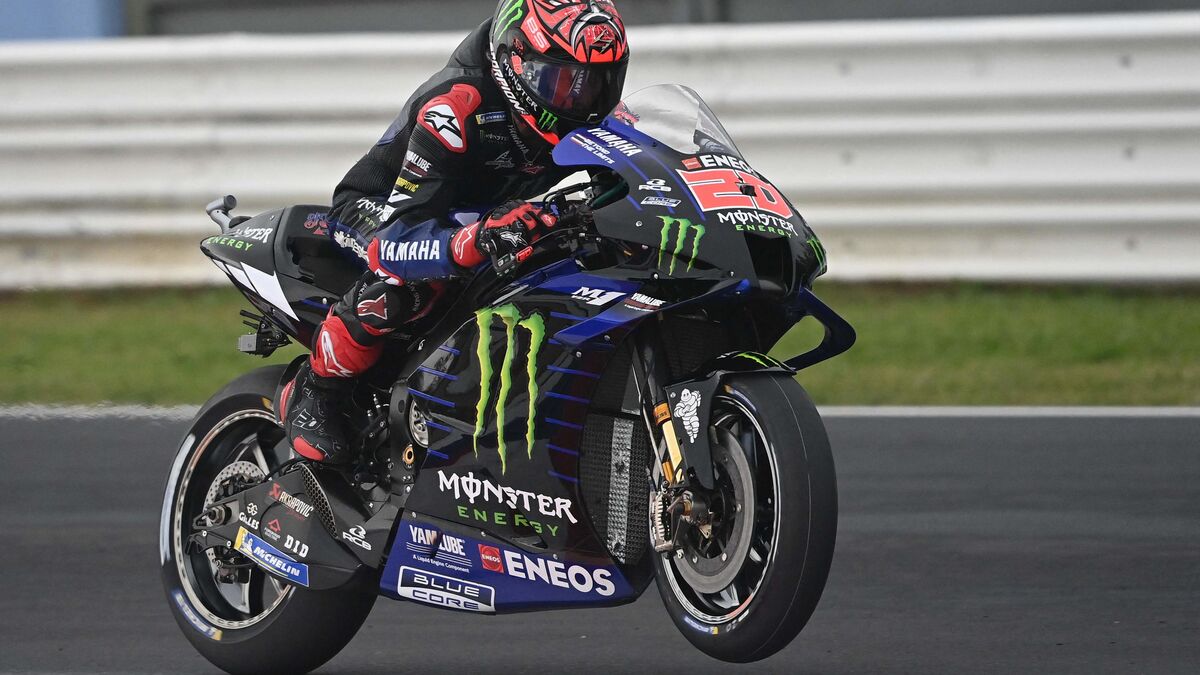 MotoGP: close to the title, Fabio Quartararo will only start 15th on the starting line in Emilia-Romagna 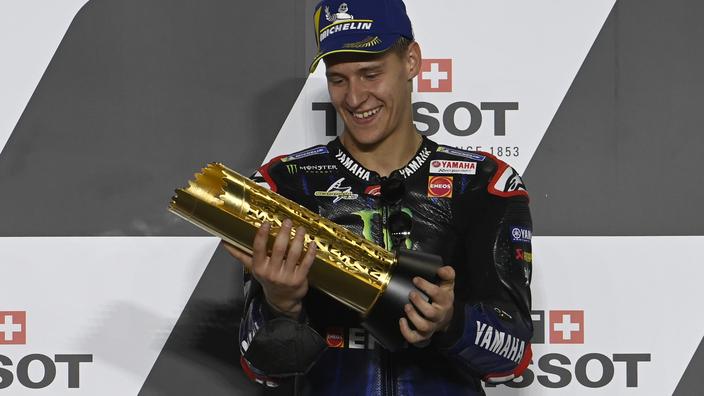 MotoGP: the beautiful (and long) way to the title for Fabio Quartararo 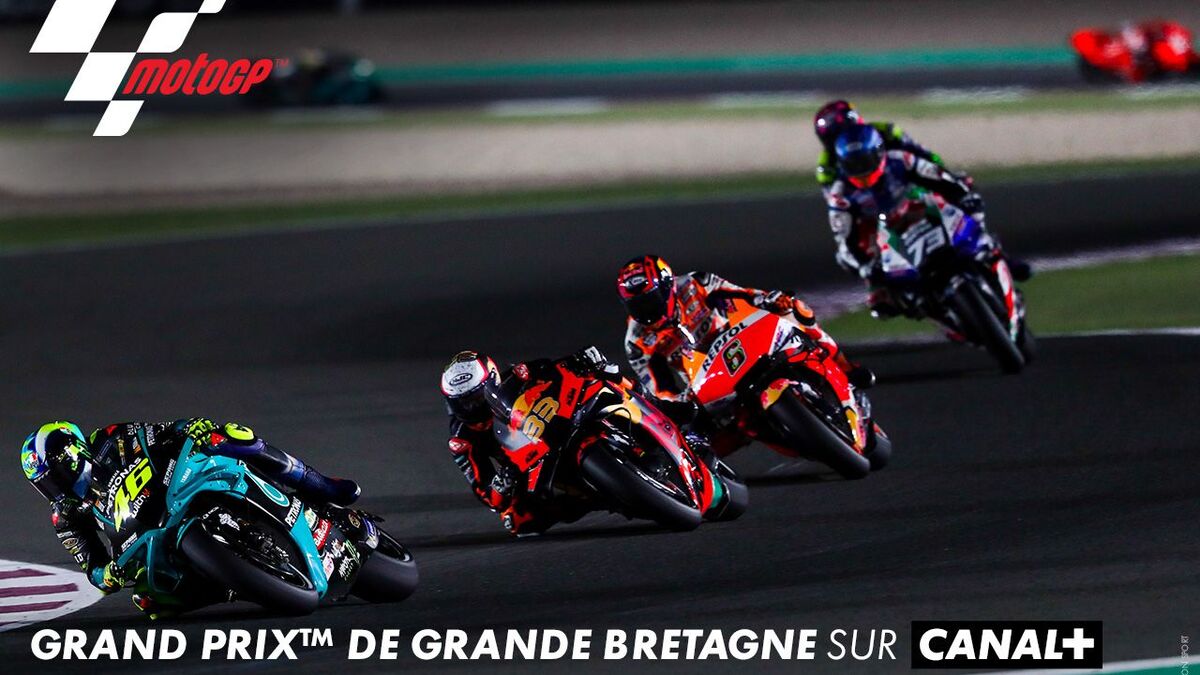 MotoGP streaming: when to watch the British Grand Prix? 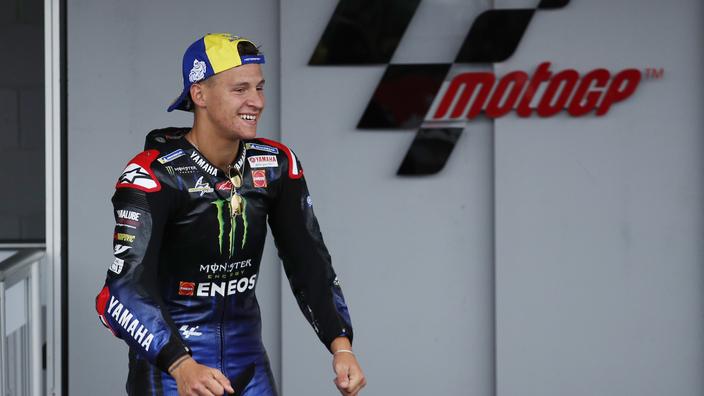 MotoGP: who can stop Quartararo in Aragon?