The pair of runners from Peiting cannot be stopped

Sabine Nagel and Christian Scholz are life companions and share the enthusiasm for endurance sports: In the past few weeks, the Peitingen team has achieved top positions without stopping - and on different terrain. Sabine Nagel and Christian Scholz are life companions and share the enthusiasm for endurance sports: In the past few weeks, the Peitingen team has achieved top positions without stopping - and on different terrain.

Peiting - Christian Scholz did exactly the right thing in choosing his career.

Because the knowledge he has acquired as a physiotherapist also helps him with his great passion: running.

Because he knows the interplay between muscles, ligaments and tendons, “I've done a lot of things right”.

And that's the only way he can walk at all, the 51-year-old is convinced.

Because he has to fight against complaints again and again.

In the past few weeks, Scholz and his partner, Sabine Nagel (35), have acted on a level that already raises the question of whether there are any physical limits for the two of them.

In rows they collected top places and medals.

Yes, says Christian Scholz, recently there have been a particularly large number of races in which they both had participated. “But it also rewards yourself for all the training in the months before.” When the corona restrictions were relaxed in early summer and there were the first competitions, things did not go as planned for Scholz. At the 10-kilometer races in Augsburg and Aichach, he was “not so satisfied with his results and times around 38 minutes. “I lacked the toughness of the competition.” But the tempo came back quickly. Especially on the mountain, the Peitinger presented himself in strong form and was almost always the winner in his age group (M50). At the "Allgäu Panorama Marathon" in Sonthofen he ran the Hörnerlauf (18.3 kilometers / 1111 meters uphill) with a time of 1:38:52 hours in his class.In the overall ranking, the LG Allgäu athlete came in sixth. His performance a little later at the “43. Kitzbüheler-Horn-Lauf “: There the Peitinger ran the 12.9 kilometers including 1234 meters in altitude in 1:07:26 hours. He was around four minutes ahead of the runner-up in his class.

Scholz then confirmed that he was in good shape at the German mountain running championship, which this year took place at the Hörnle.

In the individual ranking, the Peitinger won the bronze medal.

He was "totally satisfied" with that.

With silver, he admits, he had flirted after he was tied uphill with the later runner-up, Roland Wild (LG Bamberg).

On the downhill passage from the Hinteres Hörnle to the finish at the Hörnle hut, Wild set off.

"At some point I would like to beat him too," says Scholz, looking at the opponent.

On top of it: Christian Scholz set a course record at the Hörnerlauf in Sonthofen.

Sabine Nagel was also allowed to climb the podium in Bad Kohlgrub.

She crossed the finish line after 43:53 minutes, which earned her the bronze medal in the W35 class.

Nagel is best known in the region as a triathlete in the Schongau tri-team.

This year she concentrated more on running, also because triathlon competitions were rare.

Sabine Nagel: Single bronze at DM at the Hörle

Only one week after the mountain running championship, Scholz and Nagel were already back in action: at the “Grüntenstafette”, a team competition in which each of six team members completes a special discipline.

Nagel was set in the mountain run - and shone with the women with the third-best time.

She finished third with her mixed team.

Scholz started the race as the final runner of his team.

In the 5-kilometer road race, he made his team's victory at the "Masters" perfect.

Overall, the seniors ended up in third place.

"That has never happened before," said Scholz, who critically assessed his performance and rather praised his colleagues: "The team-mates were unbelievable."

Fine performance: Sabine Nagel at the Berglauf DM on the Hörnle - she won bronze in her class.

Less than 24 hours later, Scholz delivered a formidable performance: at the Bavarian half-marathon championship in Augsburg, he won the gold medal in the M50 class in a superior manner. He only needed 1:22:16 hours for the 21.1 kilometers. “That was really great,” said the 51-year-old. Because of the concentration on the various mountain runs “I hadn't trained on a flat course for weeks before”. He wasn't too far off his personal record (1:20:52). The title fights, although only one day after the “Grüntenstafette”, he definitely did not want to miss. Half marathon "is one of my favorite disciplines". On top of that, he has learned over the years to “run smarter”. On the route in Augsburg, he divided the forces optimally. In the overall ranking he landed on the impressive 23rd.Place under 180 participants.

The two endurance athletes took part in the “König-Ludwig-Trail” again.

Nagel convinced on the 10-kilometer distance as fourth overall (46:41) and second in the W-30 class.

He insisted on using his brand new carbon running shoes, even though they weren't made for this cross-terrain, but rather for road running.

"But I was just keen to use it," says Scholz, almost apologetically.

The footwear suits his running style and body size - he really raves about it.

But he doesn't need the kicks as motivation, because Scholz says: “I just love running.” The results prove it. 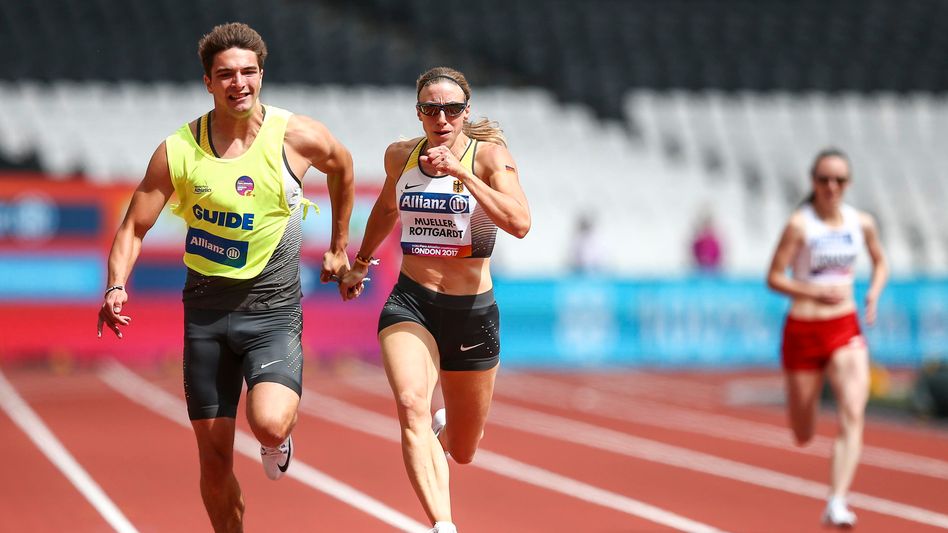 Paralympics: The special relationship between a visually impaired sprinter and her guide Peitinger wins in Bundesliga: "A huge success for us" 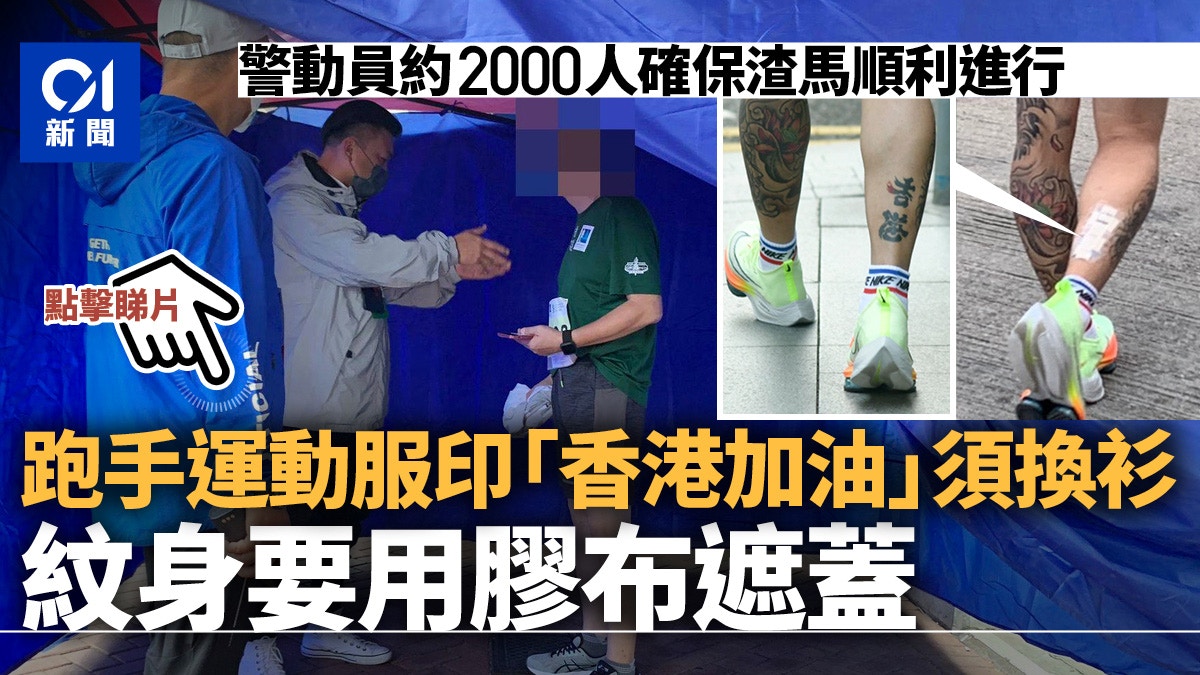 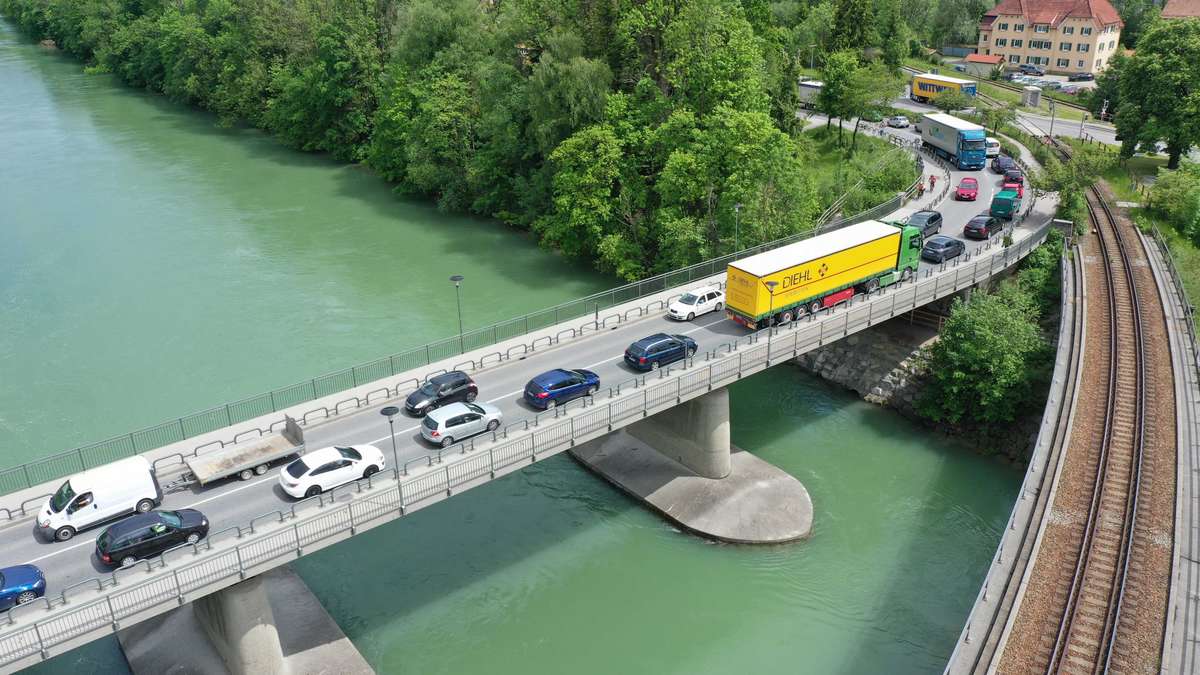 B17 tight: Now it's only a snail's pace through Peiting and Schongau 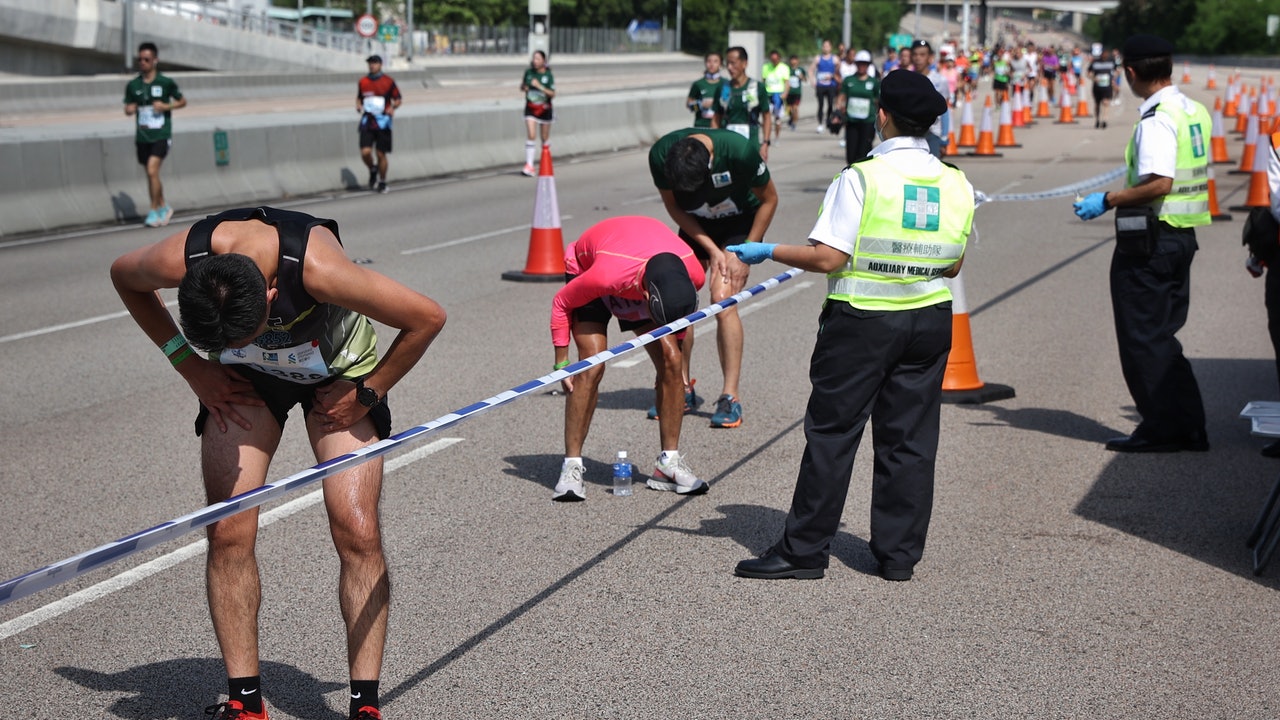 Standard Chartered Marathon 2021 | The Devil's Track is difficult to stop runners from staying behind: the West Tunnel is the hardest to climb 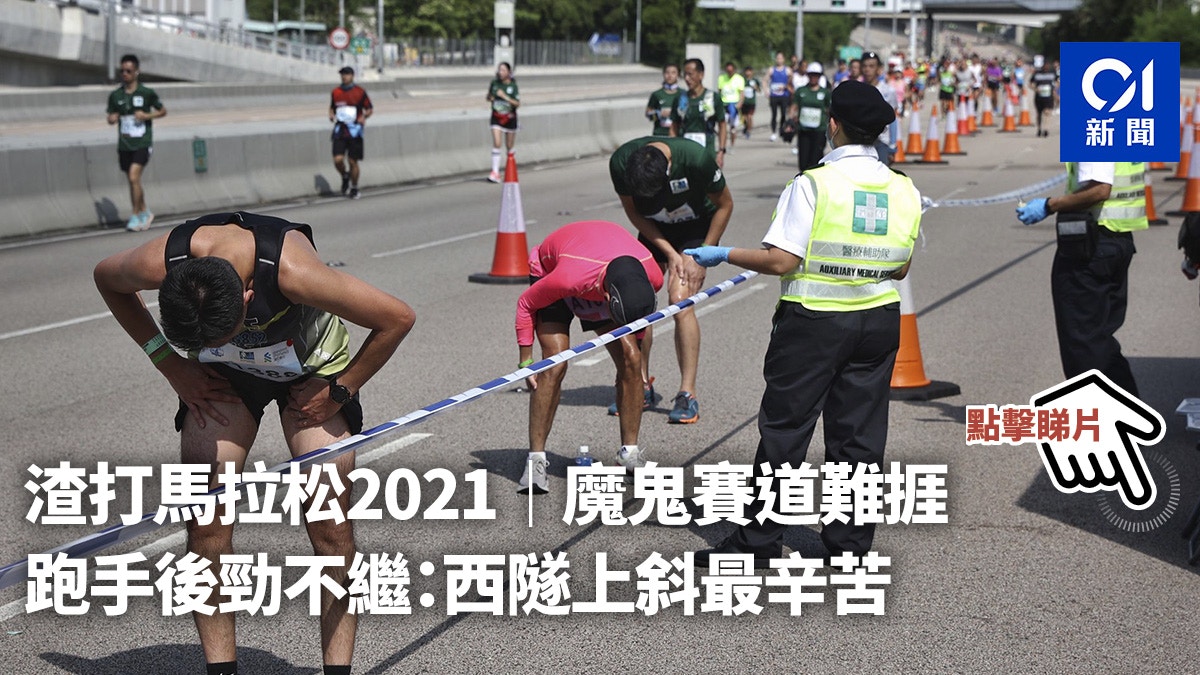 Standard Chartered Marathon｜It’s hard to stop the devil’s track and runners’ stamina: the West Tunnel uphill is the hardest 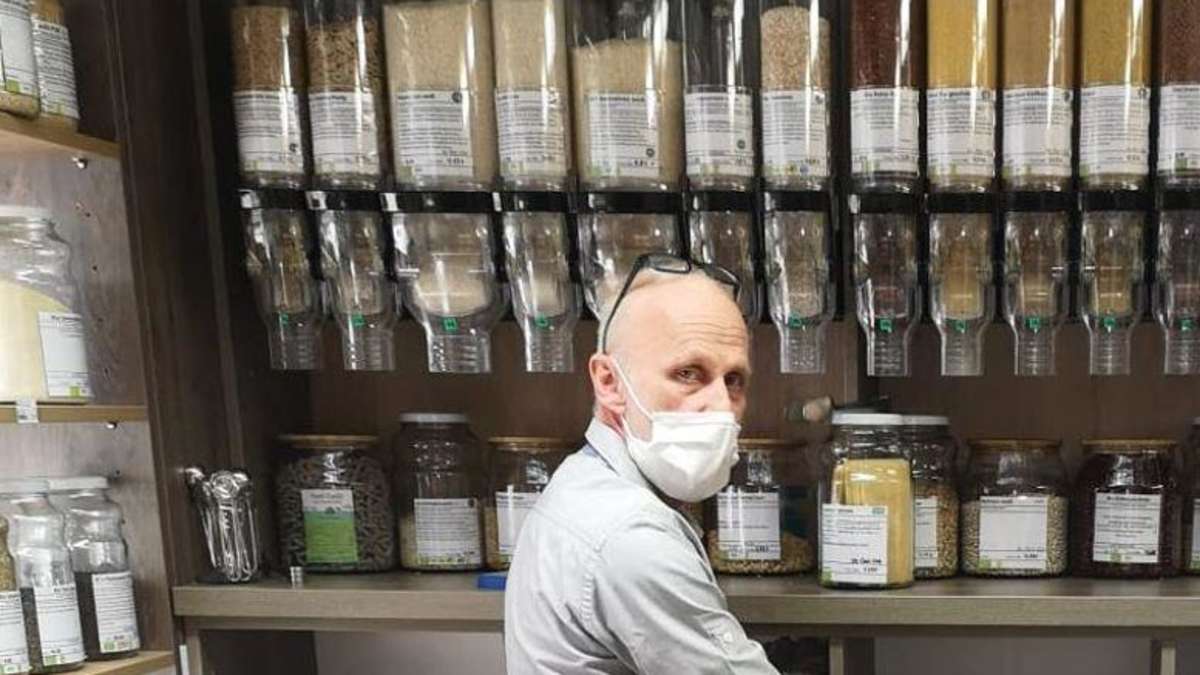 After only one year: Peitinger unpackaged shop "Liaba ohne" closes