The network is in turmoil following the words of Oron Kahlon, who called his Afghan rival a terrorist before the intriguing fight that will determine which of them will win a contract to the UFC

Just before entering the UFC: The Israeli fighter called his opponent a "terrorist" and caused a storm

The network is in turmoil following the words of Oron Kahlon, who called his Afghan rival a terrorist before the intriguing fight that will determine which of them will win a contract to the UFC.

His opponent responded: "This coward tried to dodge a battle, but still dismantled his form."

At 36 - the age at which MMA fighters are already beginning to think about retirement - Oron Kahlon, a veteran Israeli MMA fighter, was given the must-have opportunity: to fight UFC presidential candidate Dana White's nominee program, with the goal of impressing and winning a contract in the largest organization of all.

But last night (Monday) at the traditional weigh-in event ahead of the fight, Kahlon seems to have ruined for himself the chance to get to the biggest stage of them all;

First, he did not stand the weight (weighed 63kg even though he had to reach 61.5kg) and as a result suffered a fine, but that is nothing compared to the things he filtered towards his Afghan rival Javid Bashart during the weigh-in.

In a video that has since garnered thousands of shares on the networks, the two are seen approaching each other, with Kahlon reaching out to his opponent to shake his hand.

Bashart chose to ignore the handshake, and seems to filter the Israeli fighter a number of things.

In response, Kahlon told him a "terrorist" window, and received countless reviews across the network.

McGregor to Habib's manager: "I hate you bro, when you die - I'll celebrate"

Bashart even posted the video on his Instagram account, garnering tens of thousands of views and thousands of comments, most against Kahlon.

"This coward tried to dodge the fight against me when he lost three pounds," the Afghan wrote.

"I told him that despite that, I would still disassemble him and he probably did not like it and called me a terrorist. Apparently he was looking for another way out of the fight after realizing that missing the weight would not help him, but unfortunately it does not move me and I will fight it nonetheless."

"We must not go down to his level and return racist remarks to him. He is a scumbag, and I will do mine in battle. I ask you not to go down to his level. As a Muslim, we must show the world that this is a religion of peace. He is the one who looks bad in this whole story, He has private messages and I wish he would lose, go for it. "

Across the network and social media, of course, the incident was addressed at length.

"I hope Javid disassembles him," a surfer responded to the incident on Twitter.

"Remember what I tell you - Oron is going to get in his head about what he said," added another surfer.

"If it was the other way around and the Afghan was insulting the Israeli, we would have heard about it everywhere on the net, it's very sad. He should be ashamed of himself."

"This is not the way, Oron, I hope the apology is on the way," added senior MMA reporter Ariel Halvani.

Kahlon, 36, tried to get into Dana White's prestigious candidate program, from which Israeli MMA fighter Natan Levy came to the UFC, several years ago, but ran into visa problems.

He now had a chance to try to get a contract again, but his chances were significantly reduced following the incident and after he lost weight.

He holds a 0:16 balance in his long fighting career, including victories in the second-most important organization in Latour.

His Afghan rival, who trains mainly in England, has a balance of 0:10, when he achieved all his victories in the decision.

UFC fighter reveals: "I was a neo - Nazi, still fantasizing about killing a man" - Walla! sport

Oron Kahlon did not get a contract in the UFC. His Afghan rival: "He deserves a punch to the mouth" - Walla! sport

UFC President on Israeli Warriors' Behavior: "We will not be punished because justice is done" - Walla! sport 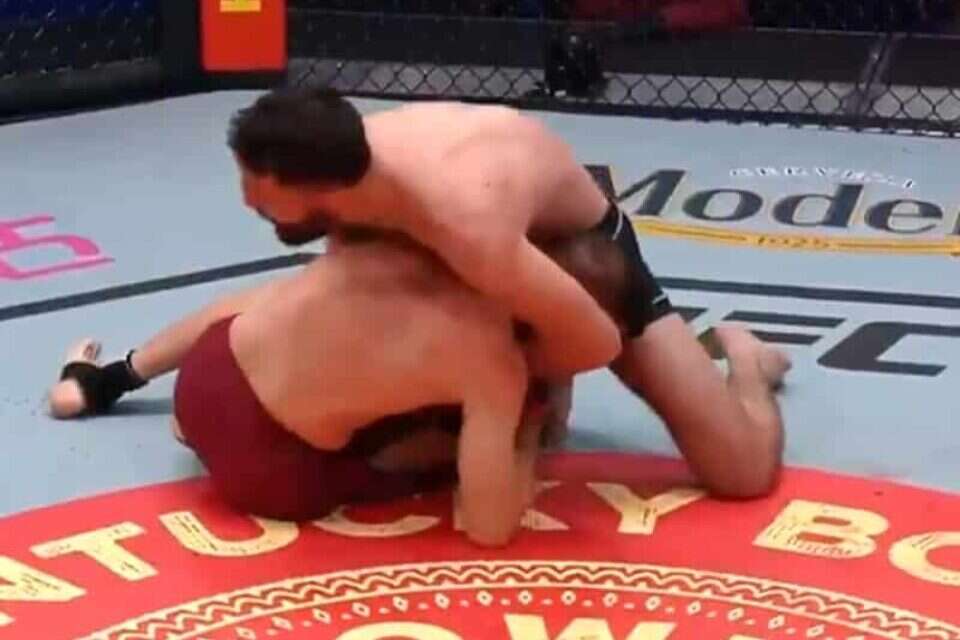 Nathan Levy lost his UFC debut: "I did the best I could" - Walla! sport