On the eve of crucial meetings in the Champions League, Antoine Griezmann is back in form at Atlético de Madrid. And it shows in numbers. 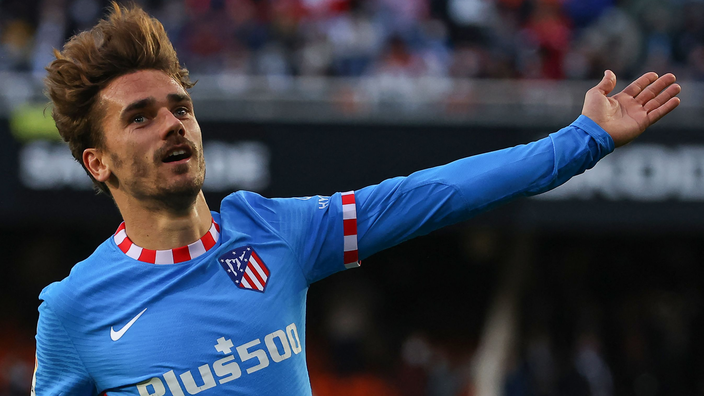 Look carefully, in the list of scorers and assistants, after the clear and flawless victory of Atlético de Madrid against Real Betis on October 31 (3-0).

You won't see Antoine Griezmann there.

If we look at his match today, yes, we have found the Griezmann forever,

He worked for the team, ran, created goal situations.

That's what we were thinking when we thought of bringing him back.

"Back at the Colchoneros on the gong of the last transfer window, the French striker left behind two muddled seasons at FC Barcelona.

A disenchanted parenthesis that he finally seems to digest.

The proof in figures: against Betis, Griezmann set his seasonal record for touched balls (64), passes before a shot (4), dribbles (3), duels played and won (8 of 14) and even tackles (3).

Without being directly involved in a goal, the world champion delivered a little recital.

The resurrection of Griezmann

A week later, it was with the same bite that he bit into Valence (3-3).

He was at the origin of Atléti's first goal, by accelerating the ball to the foot, and the third, of a subtle ball pricked into the surface.

In addition to having intercepted the ball in his half of the field and traveled 30 meters with before a light strike from the left in the skylight.

In short, Griezmann was everywhere, and that was necessary for Atlético.

Griezmann, the beacon in the offensive twilight of Atléti

Because Atlético, true to its reputation, is not a thunderbolt in attack. If they are the 3rd most prolific team in La Liga, Simeone's men are ranked 9th in the game of expected goals, the advanced statistic which measures the number of “expected goals” according to the quality of the chances. In other words, Atlético is efficient, and Luis Suarez's 8 goals this season are not enough for the reigning Spanish champion. All the more so in the Champions League, where the Madrilenians have only shaken the nets 4 times in 4 matches, including 3 times through ... Griezmann. Against Liverpool on October 19, the native of Mâcon scored a brace before being sent off after half-time (2-3 defeat). It was without him that the Colchoneros were overpowered at Anfield two weeks later (2-0).

To read also "A great pride to have played in Barcelona": Antoine Griezmann looks back on his experience in Catalonia

I have to concentrate on making the team more regular,

” Simeone agreed, recalling that, again, a red card from the 36th minute for Felipe had handicapped his troops.

It is therefore more than ever on Griezmann that Atlético will count this Wednesday (9 p.m.), at home against AC Milan.

With 4 points, the Madrid club is in ambush behind Porto (5) and can eliminate the Rossoneri (1).

Or go by the wayside in case of defeat coupled with a Portuguese victory at Liverpool, already guaranteed to finish first in the group.

The Milan defense, which conceded 4 goals at Fiorentina last Saturday (4-3), seems within reach of Griezmann and company.

A good result seems essential to validate the Olympic form of the French striker. 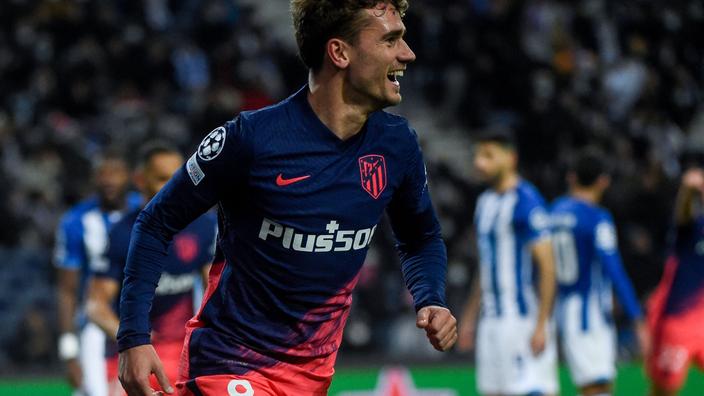 Against Real, Atlético counts on a Griezmann back to the top 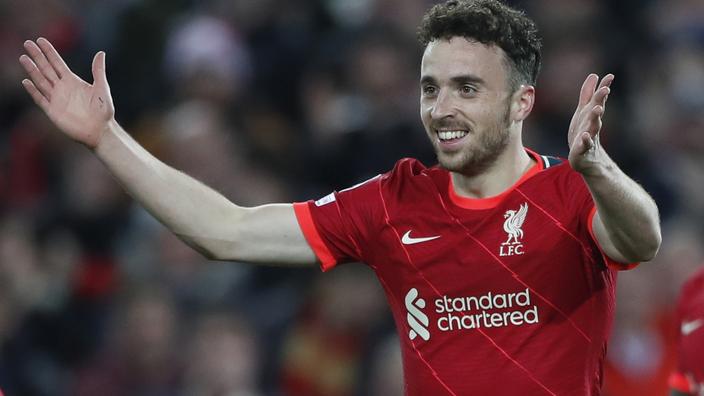 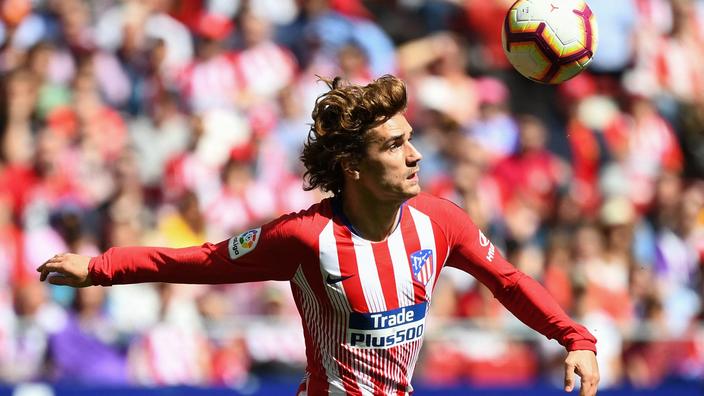 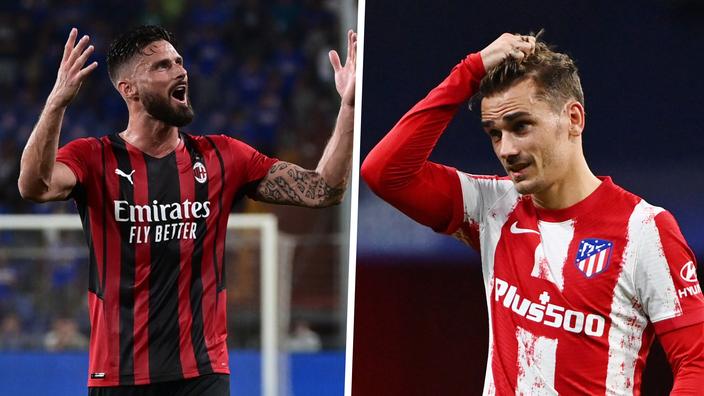 Champions League: Giroud-Griezmann, opposite destinies in Blue as in club 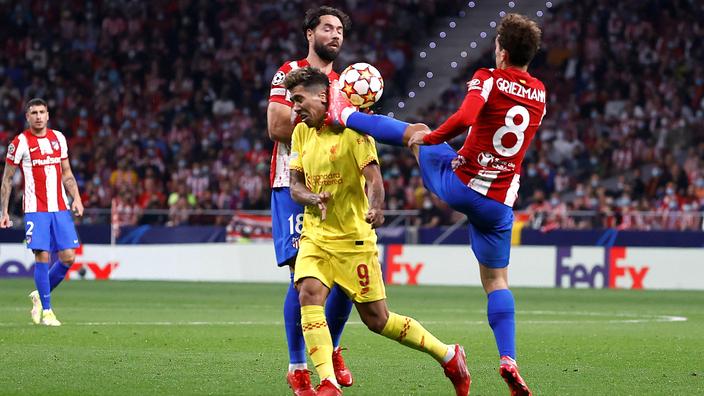 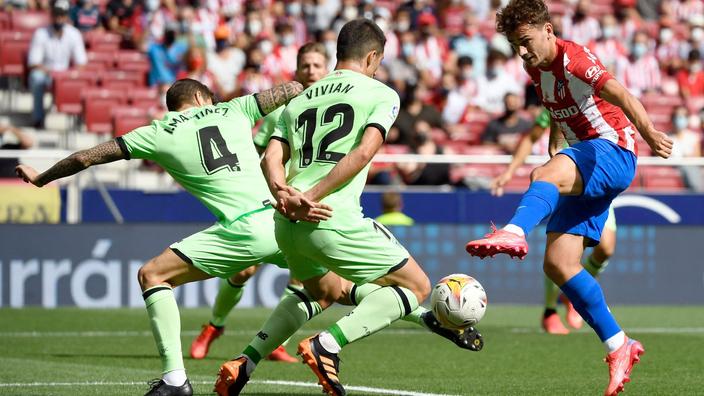 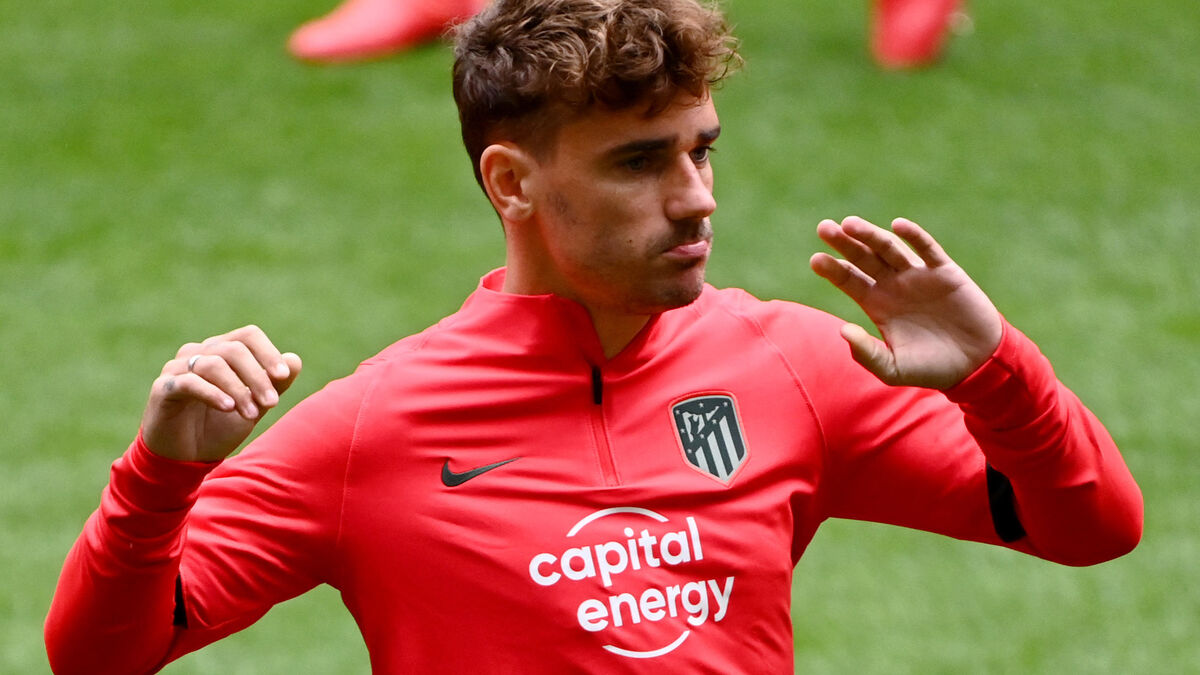 "Part of the public will insult him": Antoine Griezmann to win back Atlético supporters 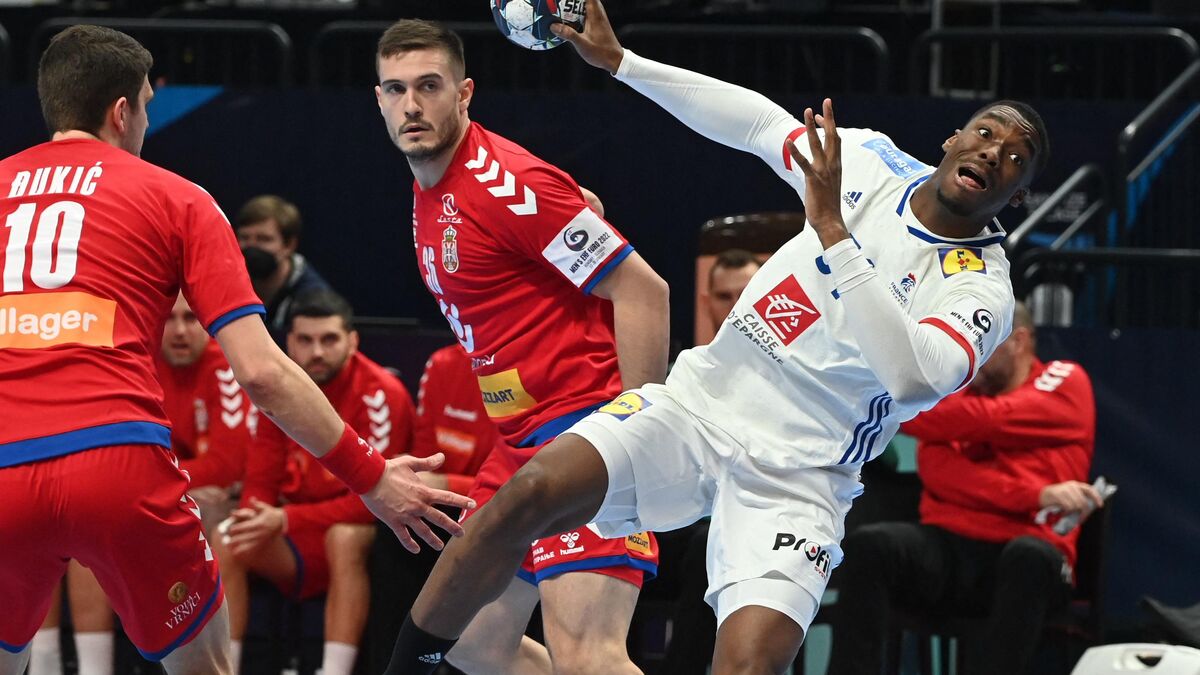 Handball: the Blues impress against Serbia and continue their faultless 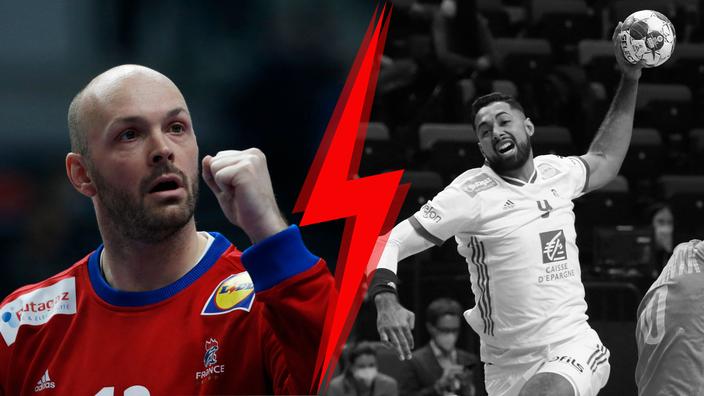