Borussia Dortmund fails in the Champions League: The crash landing

Too many goals conceded, another expulsion, a perplexed captain: Borussia Dortmund has to continue playing in the Europa League. When the key game went bankrupt in Lisbon, quality defects became apparent. 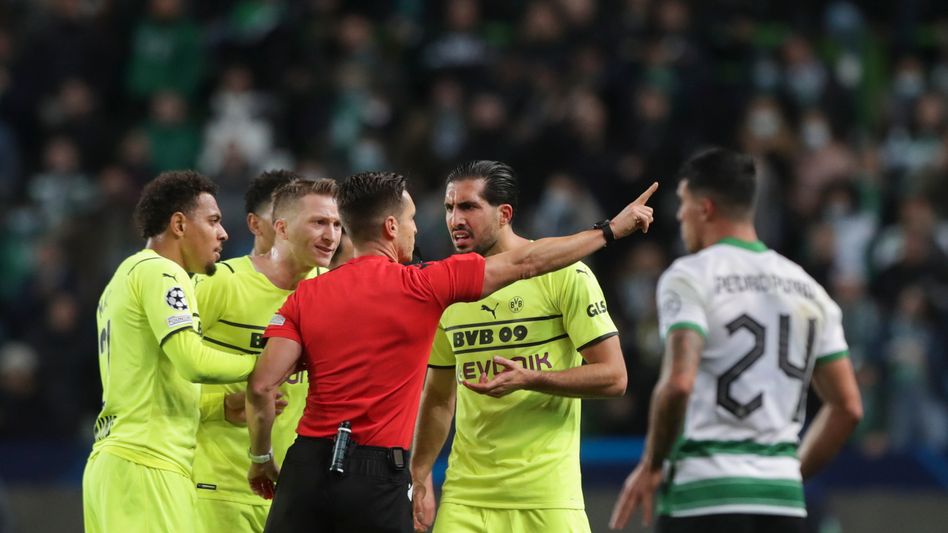 Emre Can sees the red card after an assault

Many a professional from Borussia Dortmund stood lost in thought on the lawn in the Estádio José Alvalade.

After the final whistle, Jude Bellingham stomped off into the curve with the BVB fans and applauded them.

But it also seemed to be a kind of frustration overcoming for the only 18-year-old Bellingham, who had encouraged the spectators to cheer during the game, who spoke in the team before the second half and left no stone unturned.

But it didn't help.

After the 1: 3 defeat at Sporting in Lisbon, there is no more chance of the round of 16.

"We can't complain," said club manager Hans-Joachim Watzke after the draw, and the impression that there are better cast and difficult groups quickly solidified.

Borussia Dortmund celebrated two wins at the start, against Besiktas and Sporting.

But then followed two defeats against Ajax, now the final point in Lisbon.

It was a key game, you knew that beforehand, but it was lost.

"All in all, football is fair," said coach Marco Rose.

His team should have been “more uncompromising” and “more consistent”.

As a role model, he named Sporting, which had not played brilliant football and was significantly weaker than BVB in many statistics, but in the end the Portuguese won.

"It's far too easy to score goals against us," complained Rose, not for the first time this season.

BVB conceded a total of eleven goals in the premier class, only four teams had to accept more.

The 0: 1 looked particularly easy in the 30th minute: A long pass, a technical error by Nico Schulz, a positional error by Marin Pongračić, Pedro Gonçalves stood alone in front of goalkeeper Gregor Kobel and shot.

Pongračić played because Mats Hummels was suspended after a red card.

And Schulz played because Raphaël Guerreiro complained of muscular problems while warming up.

For Schultz, who was also injured recently, Emre Can came to the break, he too had been absent for weeks.

And he didn't stay long in Lisbon.

After an assault when the score was 0: 2, he saw the red card, a good quarter of an hour would have been left to play.

But now BVB was outnumbered and shortly afterwards conceded the 0: 3 from a penalty.

In the second half, Rose brought Steffen Tigges into play.

The 23-year-old has hardly had any Bundesliga experience so far, and when he was accepted at the latest, they were reminded that BVB currently also lacks super striker Erling Haaland and therefore a lot of quality.

"My God, that's how it is," said Rose in Lisbon about the failures.

The squad was "big enough," Rose avoided complaints that would have been understandable, because the squad is big enough, but the gap is also great.

One thing is certain: the squad was not enough for the Champions League in the end.

Things look different in the Bundesliga, where BVB is second in the table after twelve match days and is one point behind Bayern Munich, which has already suffered two league defeats itself.

"It's difficult to put into words," said Marco Reus at Dazn when asked why things are going a little better in the league.

Too quickly and, above all, too often, according to Reus, the "ups and downs" would change.

The "ups" are hard to find, however, because the number of points in the Bundesliga is much more convincing than the performances.

The win at Bayer Leverkusen may be the highlight.

But in the Bundesliga they lost to Mönchengladbach and Leipzig, in the premier class there were three bankruptcies in a row.

BVB will continue in the Europa League in the new year.

This competition is far less money-making, and there are far better prospects for young professionals like Haaland and Bellingham.

But BVB cannot compete with the best teams in Europe at the moment. 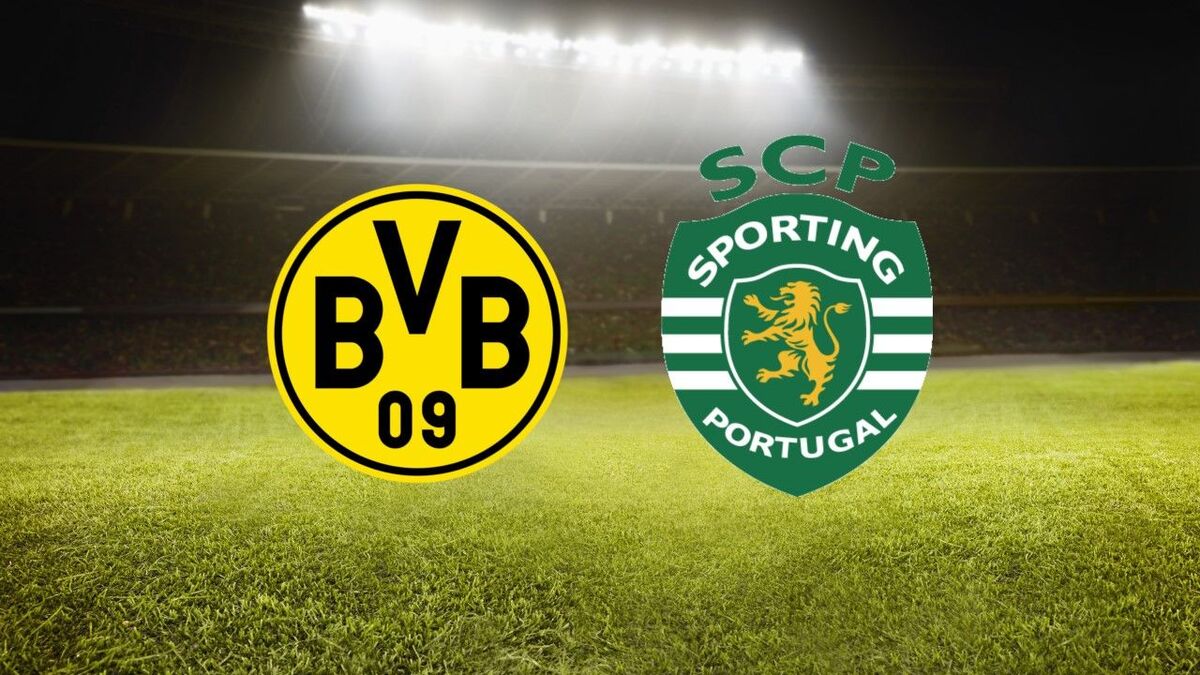 Borussia Dortmund - Sporting Lisbon: at what time and on which channel to watch the match?

Dortmund - Ajax: at what time and on which channel to watch the match live?

Ajax - Dortmund: at what time and on which channel to watch the match live?