8-0 in the World Cup qualification: Schüller scores three and a half times in the 8

Fifth game, fifth win - and another big win: The DFB women continue to storm towards the 2023 World Cup. Against overwhelmed Turkish women, only one thigh stood in the way of Lea Schüller's lightning hat trick. 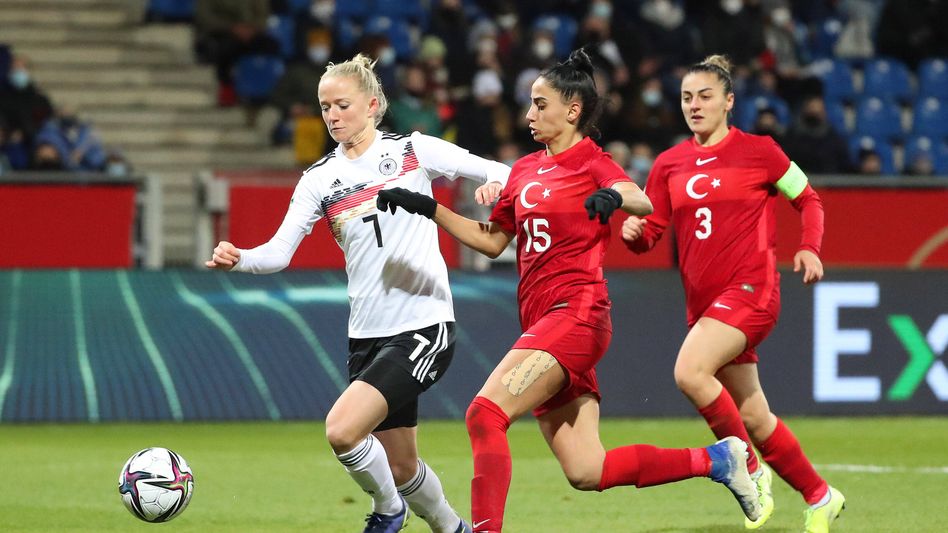 On the advance: Lea Schüller

It was the highest victory in this World Cup qualification after the 7-0 successes against Bulgaria and Israel.

The 1-0 after less than a minute was counted as an own goal by Kezban Tag and not in Schüller's favor.

Otherwise the FC Bayern striker would have managed a hat trick right from the start.

At headquarters, Nüsken replaced the sick Dzsenifer Marozsán, and after injuries, Bühl on the left wing and central defender Lena Oberdorf returned to the starting line-up.

The DFB team set the tone with its speed and got the right lightning start: Defender Tag, as Schüller's guard, steered a cross from Sara Däbritz with her thigh into her own goal. Then Schüller hit with a head and a twist shot. National goalkeeper Merle Frohms only had to intervene in the 33rd minute: the Eintracht Frankfurt goalkeeper steered a free kick from Berna Yeniceri over the crossbar.

In the second round, the hosts usually came over the wings again and again in front of the Turkish goal.

Bühl (57th) shot at the crossbar, then the quick-witted Schüller served the substitute Brand with a cross pass.

The 19-year-old returned the favor five minutes later at Schüller, who scored her 22nd goal in her 33rd international match from close range.

The Eintracht striker Freiang, who came on for Schüller shortly afterwards, also met after Brand's preparatory work, Nüsken added with a powerful header, and Bühl increased with a free kick.

Duel of the toughest rivals

The German team now leads Group H with 15 points ahead of Portugal (13) and increased their goal difference to 28: 1.

On Tuesday (7 p.m.; Stream: ZDF) there will be a duel between the two toughest rivals in Faro.

Only the first in the group will qualify directly for the final tournament in 2023. The second will play for two more places in play-offs.

8-0 in the World Cup qualification: Schüller scores three and a half times in the 8 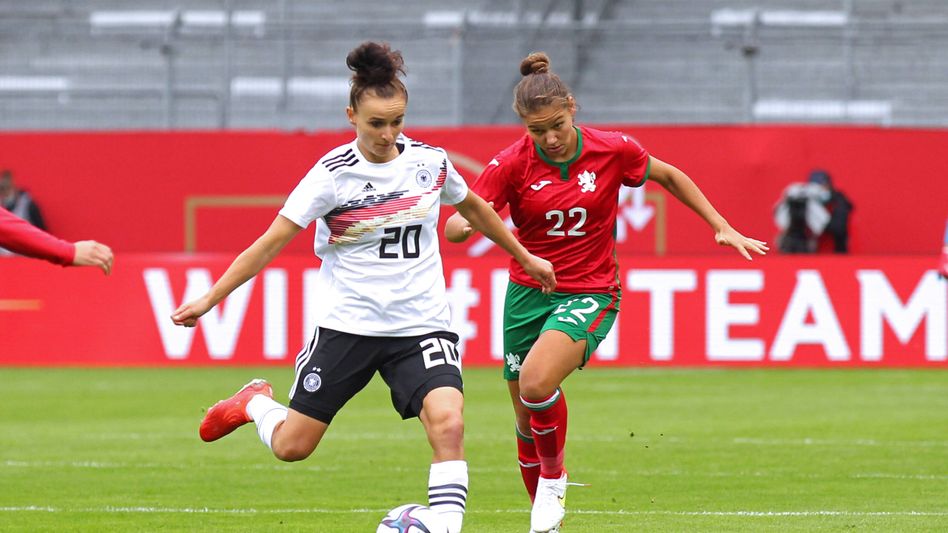 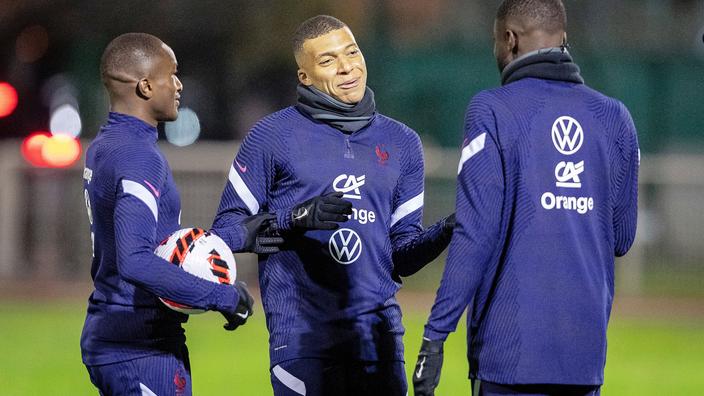