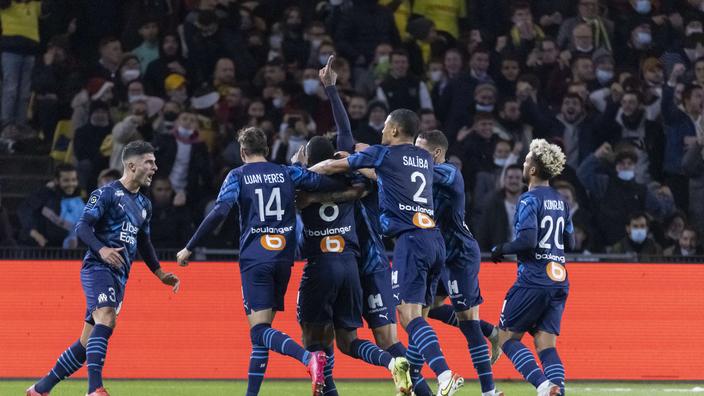 This is the motto of the Olympique de Marseille.

It is also the vision carried by Jorge Sampaoli.

Arrived on La Canebière last March, the Argentinian has repeated over and over again that he wanted an offensive team capable of constantly creating danger and scoring a lot of goals.

But in this first part of the season, statistically, the Phocaeans shine more by their defensive solidity than by their efficiency in front of goal.

Read alsoLigue 1: The sublime free kick of Savanier succeeded by "closing his eyes"

A promising attack at the start of the season ...

It's a more complicated philosophy to put in place, but also much richer.

I would like to put football between the feet of the players, that they are also decision-makers on the field, that they take pleasure.

At the dawn of the 2021-2022 fiscal year, Jorge Sampaoli had confided in the principles of the game with which he wanted Olympique de Marseille to be imbued with. The first two matches for the Olympians - a victory against Montpellier (2-3) and a draw against Bordeaux (2-2), each time with a scenario of twists and turns - had proven their ability to ignite a meeting, to carry constantly forward regardless of the risks involved in losing the ball. They had thus shown that the philosophy advocated by the Argentine had been well assimilated by the players; suggesting an intense, slightly crazy season, certainly with defensive fears but above all a lot of goals scored. It is clear that since August, the formation of La Canebière has changed a lot.

By finding the net eleven times in their first five matches, the Phocaeans had made a success of their start to the championship on the offensive side, scoring more than two goals per game (2.2). On their last five oppositions, Jorge Sampaoli's men have however scored only three small goals, an average of less than one achievement per game (0.6). A fairly clear difference. With twenty-two goals to their tally after fifteen days played - they have one game less, that against Olympique Lyonnais - they only point to a weak 12th place in the ranking of the best attacks in the championship. Completely unexpected. Difficult to explain this sudden change. Even if some of the Argentinian technician's choices were slightly less offensive than his speeches suggested,the Marseille team has not changed its playing philosophy.

Read alsoLigue 1: Arkadiusz Milik, symbol of an OM attack that is no longer moving forward

She continues to master most of her games and tries - at least it is the impression she gives off - to put a lot of rhythm, to attack in numbers and to siege the last opposing third to register a large number. of goals. She creates many chances in every game. However, it is totally sinful in the finish. A lack of efficiency which cost him points in Ligue 1, and which is undoubtedly one of the causes of his elimination in the Europa League. Arkadiusz Milik's return at the end of September should have allowed him to be more surgical. But the adjustments made by Jorge Sampaoli since joining the workforce are not yet working. The Pole, so valuable in the second half of last season in the C3 race, has only scored one goal in eight league appearances.The meeting against FC Nantes (0-1) last Wednesday is characteristic of the offensive problems encountered by OM. Against a team dominated for a large part of the match and outnumbered from the 32nd minute, the Marseillais did not know how to make the

We could and should have taken shelter earlier,

However, these finishing concerns do not prevent OM from achieving a start to the season to match their ambitions.

At the dawn of the 17th day of Ligue 1, the Marseille club is second to Paris Saint-Germain, with one game less.

A better defense team in the championship

While we were waiting for Olympique de Marseille offensively, it is above all defensively that he is the most famous this season. His start to the championship was not reassuring in this regard. La Canebière's formation seemed to be feverish behind and seemed to waver with every fairly well-conducted transition or every provocation / cross to the sides. But as mid-season draws near, she is none other than the best defense in Ligue 1 with just 12 goals conceded - tied with OGC Nice, who however played one more game. They have kept their clean sheets eight times, more than any other team. Even better, she has not conceded a goal in her last five meetings. No one would have imagined such statistics at the start of the season.

Jorge Sampaoli knew how to make the defensive adjustments to solidify his team. OM exerts intense and high pressure when the ball is lost, to recover it, but also with the aim of annihilating any attempt at a rapid transition. When the opponent manages despite everything to project himself, he has with William Saliba and Luan Peres two off-center central defenders capable, by their speed, of controlling the counter-attacks while the libero, whether Duje Caleta-Car, Alvaro Gonzalez or Leonardo Balerdi is responsible, thanks to his reading, to cover the deep passes or to come and play offside. Above all, the Olympians, a bit like Pep Guardiola's Manchester City, defend by confiscating the ball (more than 57% possession on average). "

We defended almost all the time with the ball, that's what we wanted,

”explained the Argentinian technician after the Marseille victory at the Stade de la Beaujoire.

This Saturday (5 p.m.), against the Stade Brestois which is on an excellent dynamic, the Marseillais will have a lot to do to both confirm their defensive strength and find the loophole to break the Breton lock.

Answer in the early evening. 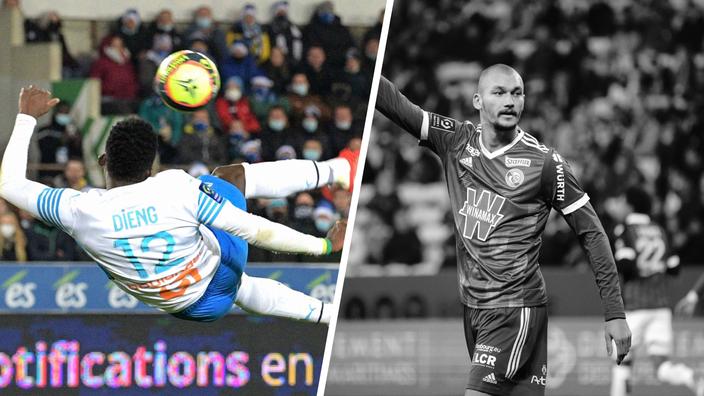 Tops / Flops Strasbourg - OM: The inspiration of Dieng, the lack of realism of Ajorque 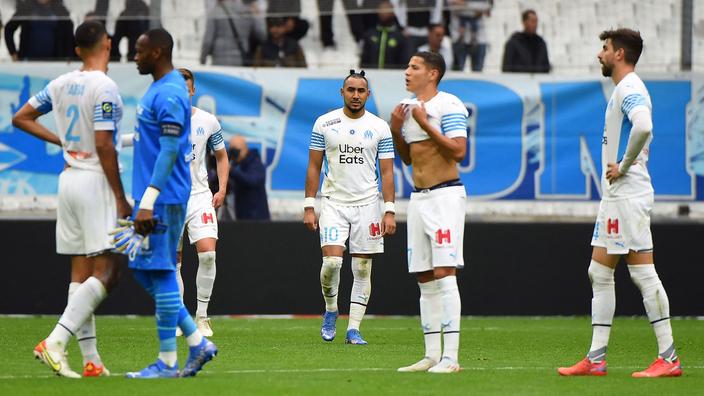 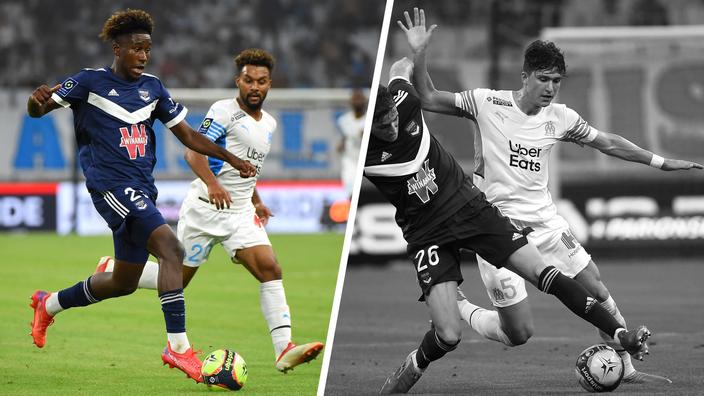 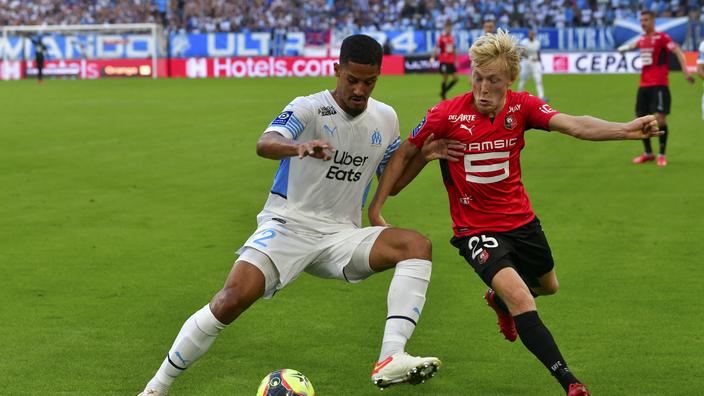 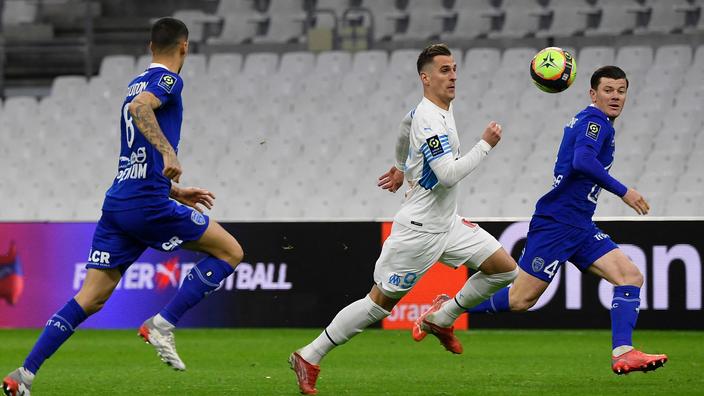 Ligue 1: Arkadiusz Milik, symbol of an OM attack that is no longer moving forward 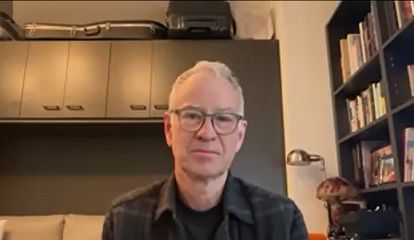 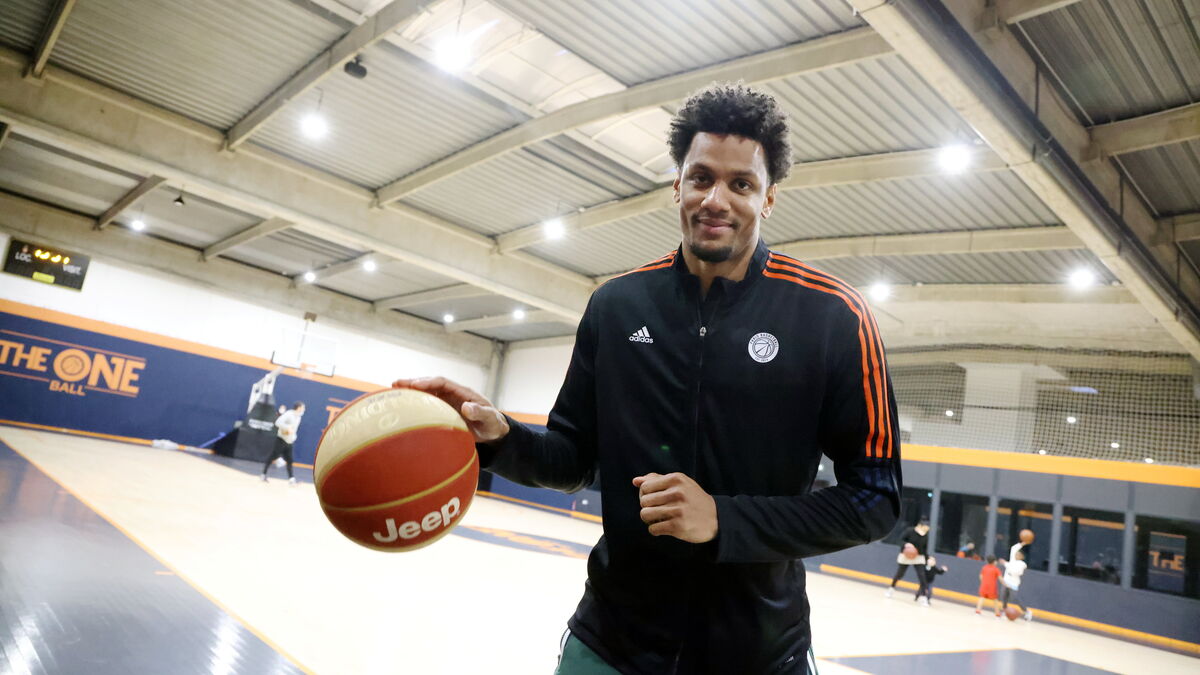 Axel Toupane, an NBA champion in love with the capital: "Paris exudes a particular energy"