These sports stars died in 2021 Created: 12/22/2021, 05:09 AM Gerd Müller died in 2021. © dpa-Bildfunk The nation's bomber is dead: Gerd Müller died in August 2021. The footballer isn't the only sports legend to have passed away this year. Munich - The year 2021 is coming to an end. From a sports point of view, there have been a number of bereavements in the past twelve months. We give an over 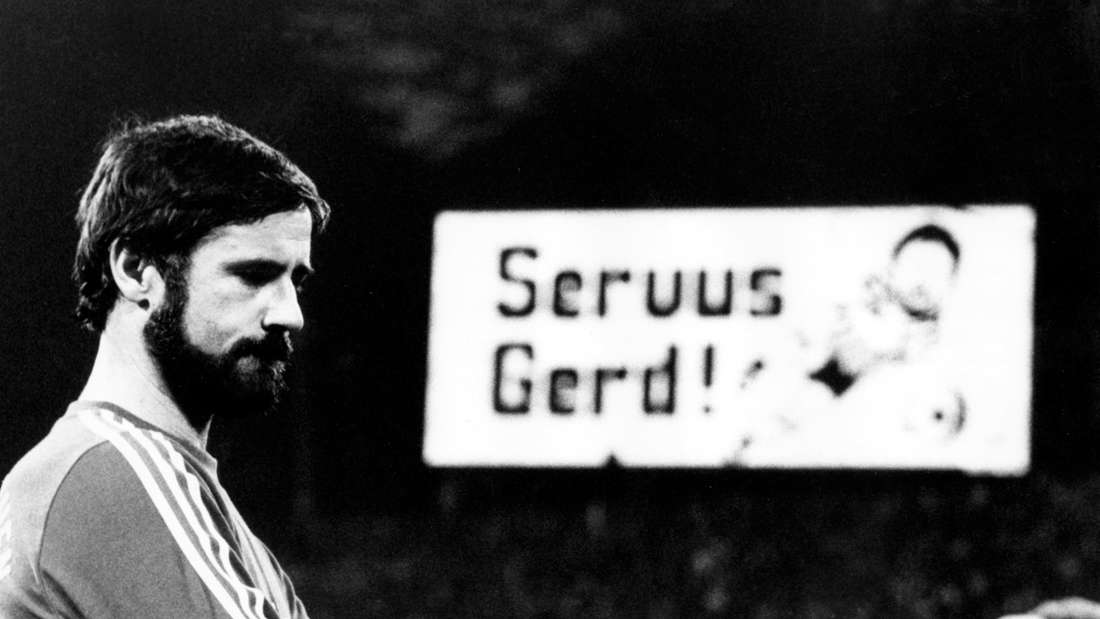 The nation's bomber is dead: Gerd Müller died in August 2021.

The footballer isn't the only sports legend to have passed away this year.

From a sports point of view, there have been a number of bereavements in the past twelve months.

We give an overview from January to December.

The oldest living German ex-master to date dies in his hometown of Bochum at the age of 95 after a stroke.

January 13: Bernd Kannenberg is dead. The Olympic walking champion of the 1972 Munich Summer Games dies at the age of 78.

The native of East Prussia surprisingly won the 50 km competition in the Bavarian metropolis.

The three-time German professional road champion dies at the age of 79 in his adopted home, Dortmund.

He was one of the most popular German professionals of the 1960s.

26.2 .: The Portuguese handball national goalkeeper Alfredo Quintana dies at the age of only 32 years.

The FC Porto professional suffered a heart attack during training.

The 82-year-old is found dead in his Munich apartment.

Born in Nürburg, who was the first woman to win the 24-hour race in the "Green Hell" under the name Sabine Reck in 1996, dies at the age of 51 from complications from cancer.

March 22nd: The North American professional basketball league NBA mourns the loss of one of the greatest players in its history.

Elgin Baylor, longtime top star of the Minneapolis / Los Angeles Lakers dies at the age of 86.

1.4 .: Peter Krohn, former president and general manager of Hamburger SV, dies at the age of 89.

Krohn was president of the club from 1973 to 1975, after which he worked as a manager until 1977 and ensured a coup in the Bundesliga by signing the English superstar Kevin Keegan.

The former chairman of the supervisory board of the second division soccer team dies at the age of 69.

May 13th: Wildor Hollmann, the father of the "Trimm dich" movement in Germany, is dead. The most highly decorated German sports doctor dies of the consequences of a corona infection.

The world-famous internist, cardiologist and researcher could no longer recover from it.

Hollmann, Honorary President of the German Society for Sports Medicine and Prevention (DGSP), is 96 years old.

May 23: Former FIA President Max Mosley dies at the age of 81.

May 27th: The former German soccer coach and author Karl-Heinz Heddergott is dead. The Rhinelander, who for decades mainly worked as an association trainer, is 94 years old.

May 30th: The Swiss motorcycle racer Jason Dupasquier succumbs to his head injuries after a serious accident at the Italian Grand Prix.

The 19-year-old from the German team PrüstelGP had an accident in qualifying for the Moto3 class in Mugello.

June 18: The former star striker of Juventus Turin and honorary president of the record champions, Giampiero Boniperti, dies in Turin.

The 92-year-old dies of heart failure.

The Latvian national player dies at the age of only 24 after a fireworks accident as a result of a thoracic trauma.

The 1981 vice world champion dies at the age of 79 after a long illness.

July 10th: The long-time President of the World Ski Federation, Gian Franco Kasper, dies at the age of 77.

In the past few years, Müller suffered from dementia.

In the video: Through the years with Gerd Müller

Anderson took part in the PDC World Championship for the first time in 2013, and a year later he managed a perfect game (nine-charter) at the second of a total of seven starts at Alexandra Palace.

The multiple TV journalist of the year dies at the age of 70 after a short, serious illness.

The Belgian was the eighth President of the IOC from 2001 to 2013, before being replaced by the current President Thomas Bach.

8.9 .: German judo mourns the loss of its first Olympic champion.

Dietmar Lorenz, who won gold in the open weight class for the GDR in Moscow in 1980, dies at the age of 70.

9.9 .: Hans Pfann, the oldest German Olympic participant, dies at the age of 100 in Neuöttingen, Bavaria.

Born in Nuremberg, he was in the Olympic team of German gymnasts in Helsinki in 1952 and in Melbourne in 1956.

September 14th: Olympic hammer throw champion Juri Sedych is dead. The gold medalist of the 1976 and 1980 Summer Games dies at the age of 66.

The 2010 Giro stage winner was hit by a vehicle during a training drive and succumbed to serious injuries.

Sörensen was only 37 years old.

19.9 .: The soccer motherland England mourns the loss of one of its greatest strikers.

September 27th: England, the motherland of soccer, loses one of its world championship heroes from 1966. Only a few days after Jimmy Greaves, Liverpool legend Roger Hunt also dies after a long illness at the age of 83.

October 7: After a short, serious illness, Rainer Holzschuh, former editor of the football magazine kicker, dies at the age of 77.

13.10 .: Mourning for long-distance runner Agnes Jebet Tirop: The Kenyan is found dead in her house in Iten.

Since an accident on June 17, 1990 at the Grand Prix of Yugoslavia in Rijeka, Roth was in need of care.

The longtime team manager and former Scottish national coach dies at the age of 73.

The former Hessen midfielder dies after a long illness at the age of 72.

3.11 .: Mourning for Hermann Haverkamp: The former national water polo player dies at the age of 79.

3.11 .: The Slovak professional ice hockey player Boris Sadecky dies at the age of 24.

The striker collapsed on the ice with the Dornbirn Bulldogs shortly before the end of the first period in the Austrian ICE Hockey League game of his club Bratislava Capitals.

The founder of the British team of the same name dies at the age of 79.

December 3: German football mourns its last hero from 1954: Horst Eckel dies at the age of 89.

Eckel was the only surviving world champion of the legendary team that won Germany's first World Cup title in 1954 in Bern.

December 3: The athletics godfather is dead: Lamine Diack, former President of the World Athletics Association, dies in his native Senegal at the age of 88.

Between 1999 and 2015 Diack was president of the world association and was at the center of numerous scandals.

The former wide receiver, who won the Super Bowl 50 with the team from Mile High City in 2016, dies completely unexpectedly at the age of only 33.

December 11th: Spanish tennis mourns the loss of an icon: Manuel Santana, four-time Grand Slam winner and until the time of Rafael Nadal the most successful player in the country, dies at the age of 83 in his home town of Marbella. 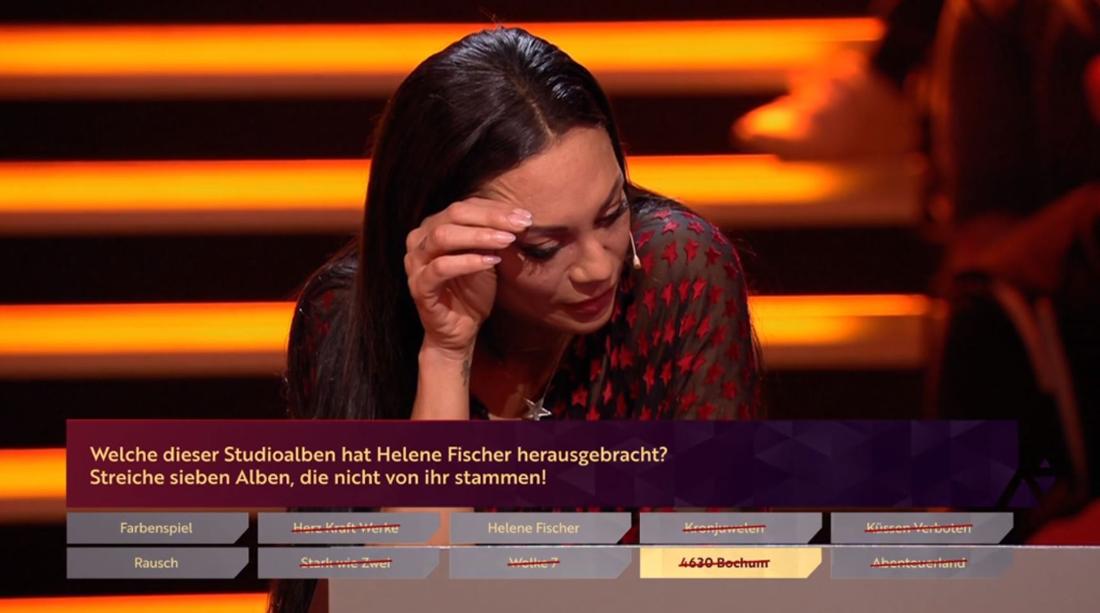 "I'm so sorry": Lilly Becker fails with a simple question about Helene Fischer on "Lucky Stars" 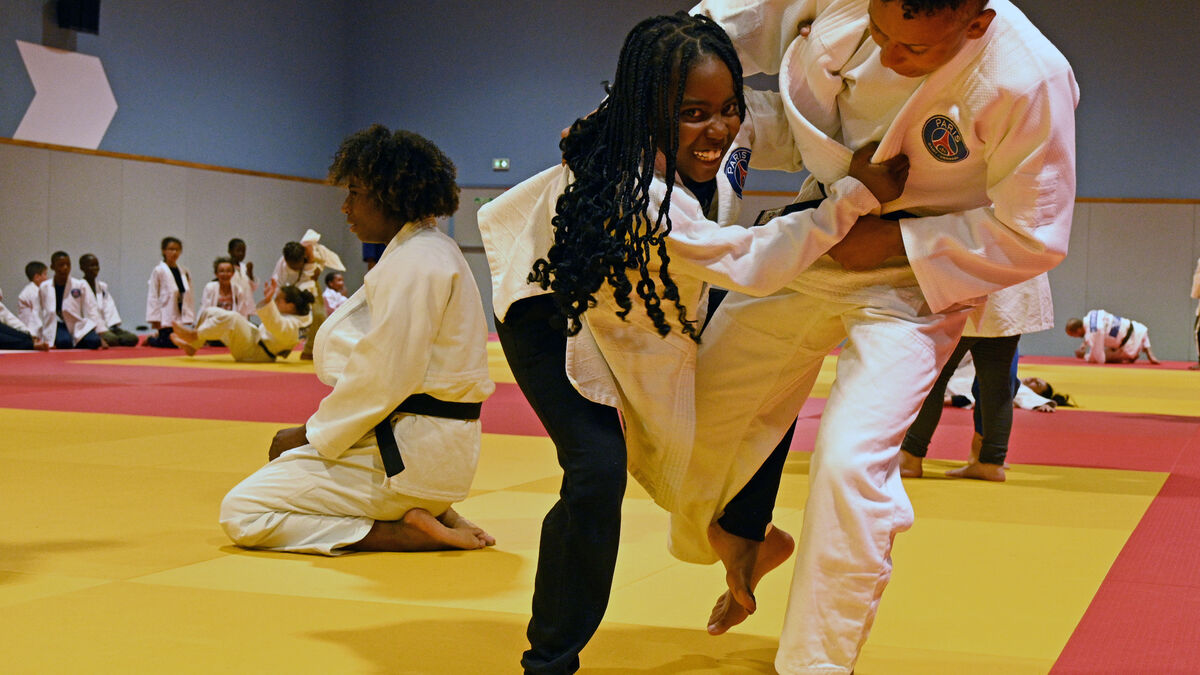 "Our role is to transmit": when PSG judokas share their passion with young students