The Catalan resists a duel that choked her against Kostyuk (6-2, 5-7 and 6-4) and progresses to the round of 16 for the first time, already as the first Spanish racket 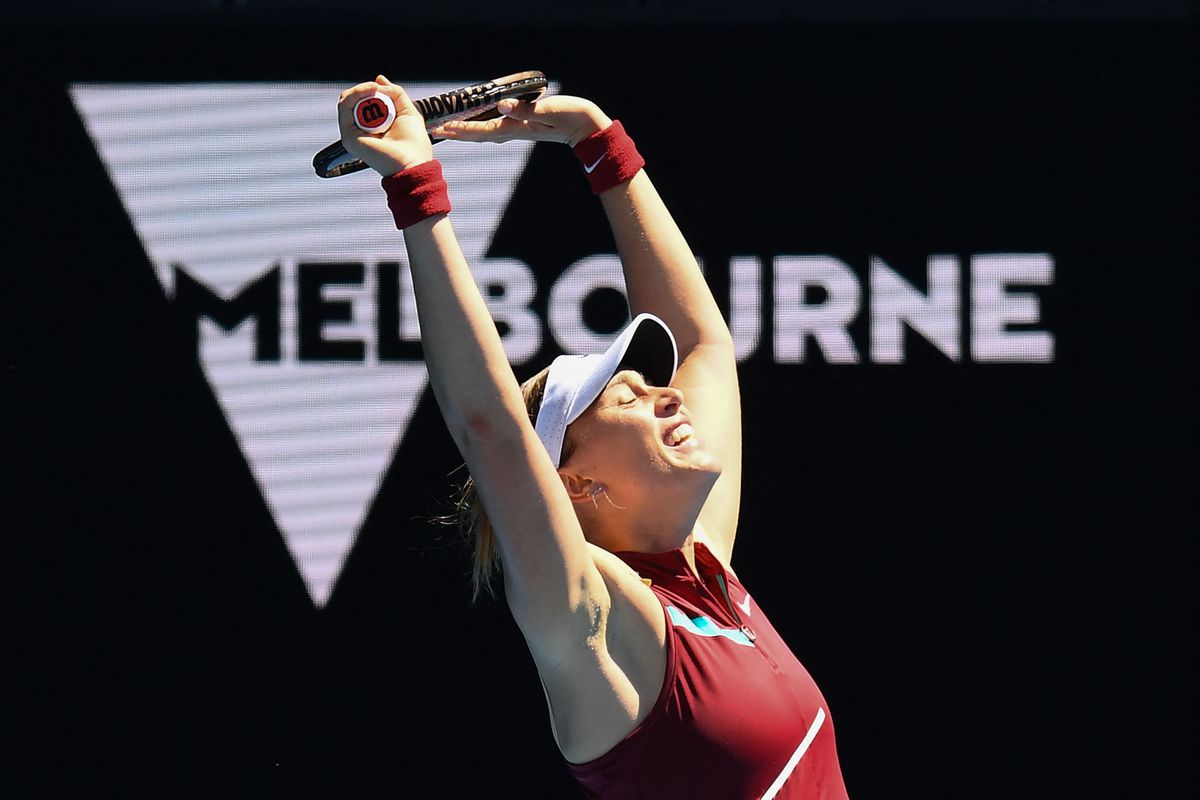 Here you play what I say, expresses Paula Badosa with her eyes, overflowing at first and whole when the curves arrive and the terrain slopes abruptly.

Strong when you need it.

The Spaniard hits, loads, dictates, enjoys and also knows how to suffer, while Marta Kostyuk, a talented Ukrainian who in her day (2018) made history when, literally as a teenager (15 years old), she managed to progress to the third round of the Australian Open from from the previous phase, he gets exasperated first and then replies fiercely, insurgently and stubbornly, although he ends up giving in.

And the Catalan insists: I'm in charge here.

Thus, between the control and the mismanagement of a match with two episodes, he won (6-2, 5-7 and 6-4, in 2h 19m) and entered the second week of the great Australian for the first time.

On the hedonistic wave, enjoying the sweet present that already places her among the 16 best players of this edition and with the possibility of continuing to stand out, Badosa exercises in all her expression, that of a dominant tennis player who, if she finds inspiration, is a meteorite.

She does almost everything right from the start, but there is a mole with the serve and decrease, so she changes her suit and resists.

With a hard head when it is required and the duel puts her in a good knot, she finally reduces Kostyuk, the Ukrainian re-enlisted in the second set and betrayed by the excess of momentum in a crazy third, and definitively makes her way among the favorites to win the tournament, because one thing is conjecture and another is facts.

With as much prudence as ambition, the Spanish claims prominence in Melbourne.

"These types of games help, they help a lot because apart from that, I was the favorite and I had the pressure," she explained to journalists.

“I have had moments of tranquility and others in which I have perhaps been more irritable than necessary.

In some phases it has been a bit frustrating because she was playing very well and everything was going well for her, so it was difficult to manage.

But I think I have endured it well, I have raised the level in the third set and thanks to that I have won”, he appreciated after more than two hours of ups and downs.

A battle between two warriors 👏

Everything has been a breeze until Kostyuk gets up with his backhand and draws a chaotic scenario that benefits his interests.

From the monologue one passes to the entanglement.

The story was going in one direction, but there is a swerve and everything goes wrong.

The Ukrainian (66th in the WTA and 19 years old) presses and re-engages, and the pulse leads to a convoluted outcome in which five

are recorded , from lurch to lurch.

Even so, Badosa deals the definitive blow and at the fifth opportunity, closes it to meet the American Madison Keys (4-6, 6-3 and 7-6 (2) to Qiang Wang) at the next stop and place herself in a situation unprecedented: for the first time in her career, the 24-year-old Catalan is the best-positioned Spaniard in the

, virtual number five and, therefore, ahead of Garbiñe Muguruza, sixth.

Badosa continues providing arguments to dream, prolonging an extraordinary dynamic and showing that he manages better and better the emotional ups and downs that decide so much.

Everything has gone in the right direction, but Kostyuk has led her into a labyrinth from which she knows how to escape.

She stands up and finally celebrates, and after raising her arms, hugging her friend and blowing a couple of kisses to the stands, she falls on the collapsed chair.

She has not been fine with the serve, which is why there has been debate –discreet percentages with first (65%) and second (45%)–, but in addition to the offensive record that characterizes her, she has guts.

You also have to know how to use the shield and row, and respond to the forcefulness of the opponent (30 winning shots) with one slam after another: ten break options denied (5/15).

"I'm excited, it's very cool and more because of the fact that Garbiñe has been dominating Spanish tennis for many years, deservedly so, and being able to be in this position is the result of a lot of work and that I'm doing things very well .

The level is there.

I am very happy to have that responsibility”, she indicated about her new status, with very clear ideas about what is coming.

Keys, like her, arrives with a trophy (Adelaida) under his arm and brimming with confidence.

“I have never faced her, but obviously I know her.

He likes to play big, serves very strong and has a very good forehand;

He comes with confidence, from winning a lot of games, and that's always dangerous.

I'm in the second week, so there won't be any easy games.

I'll have to go for it because if she won't, I have no other choice."

– and an unstoppable climb.

In one version or another, on approach or from the trench, the Spanish continues to enlarge.

Continue your beautiful journey on the heights.

Not so the progression of Granada-born Nuria Párrizas, defeated by Jessica Pegula 7-6(3) and 6-2.

Farewell and relegation from Osaka

The number one dispatched Camila Giorgi (6-2 and 6-3) and faces Amanda Anisimova, who signed the hit of the day by getting rid of the champion of the last edition, Naomi Osaka.

Defeat will cost you, at the very least, the drop to 84th.

“I can't win all the games I play,” said the Japanese, who also won the 2019 edition. “I'm not worried about the

if I play tournaments I will go back up.

Honestly, if I'm not seeded, I think it's the other players who should be worried.

Now I will keep my head down and keep working hard.” Badosa is examined in the heights 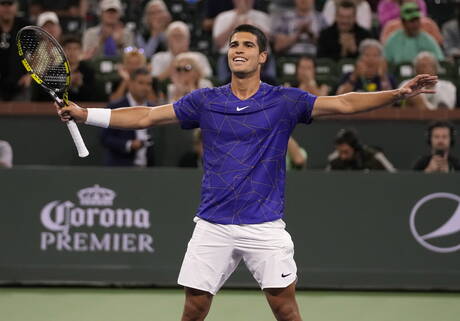 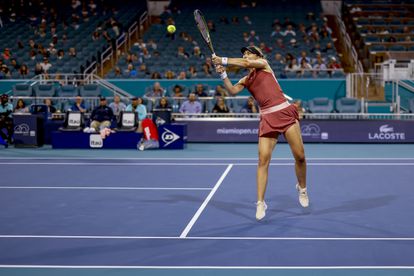 Alcaraz and Badosa position themselves in Miami 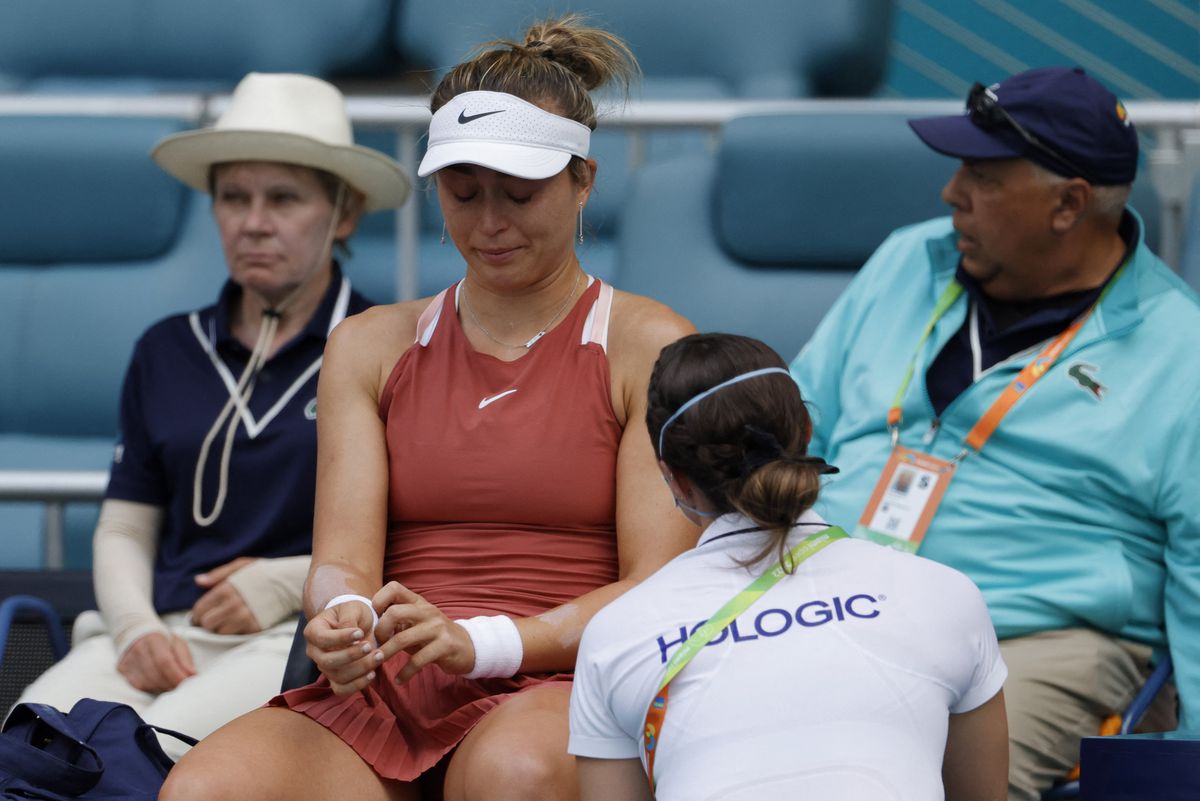 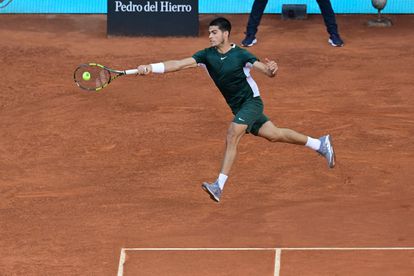 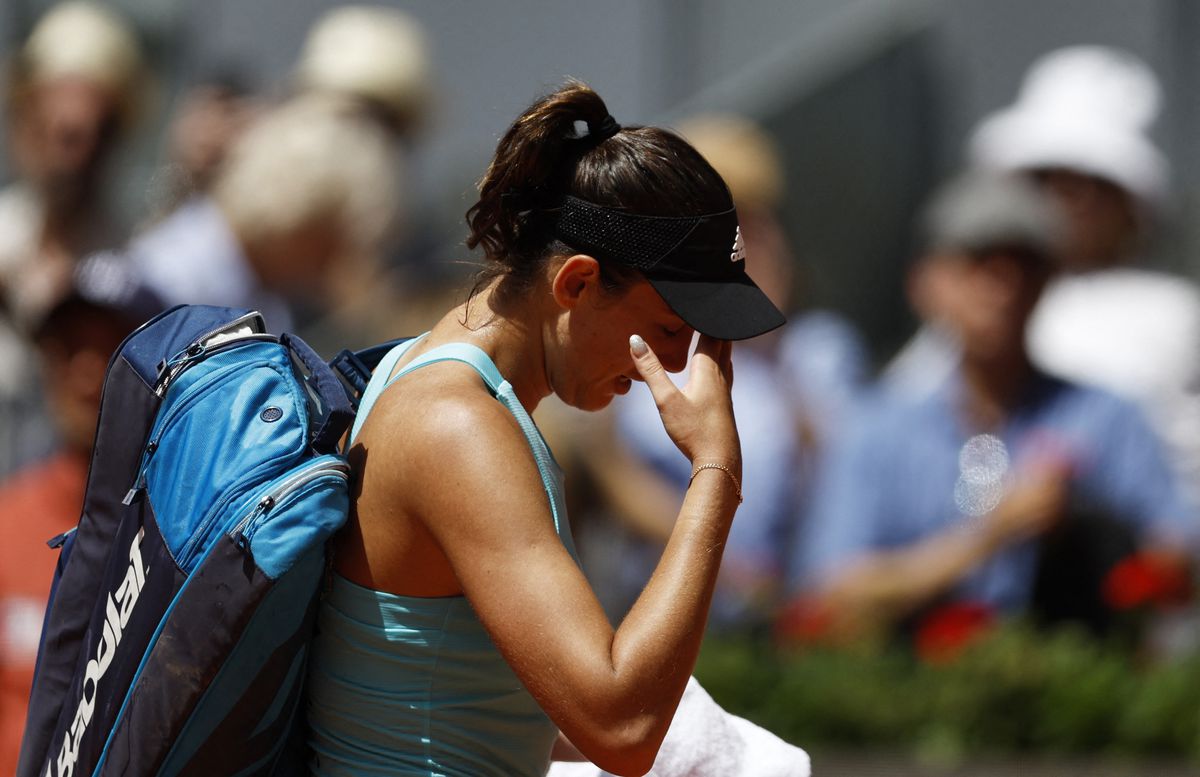 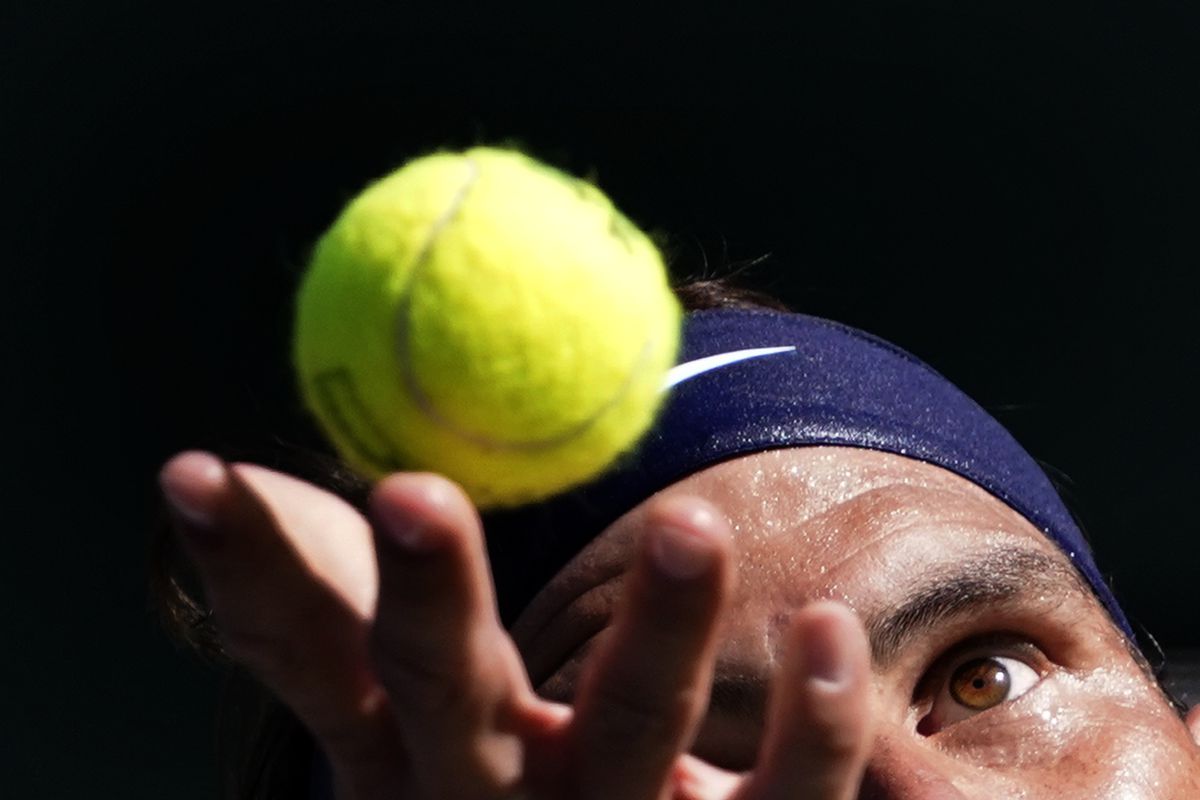 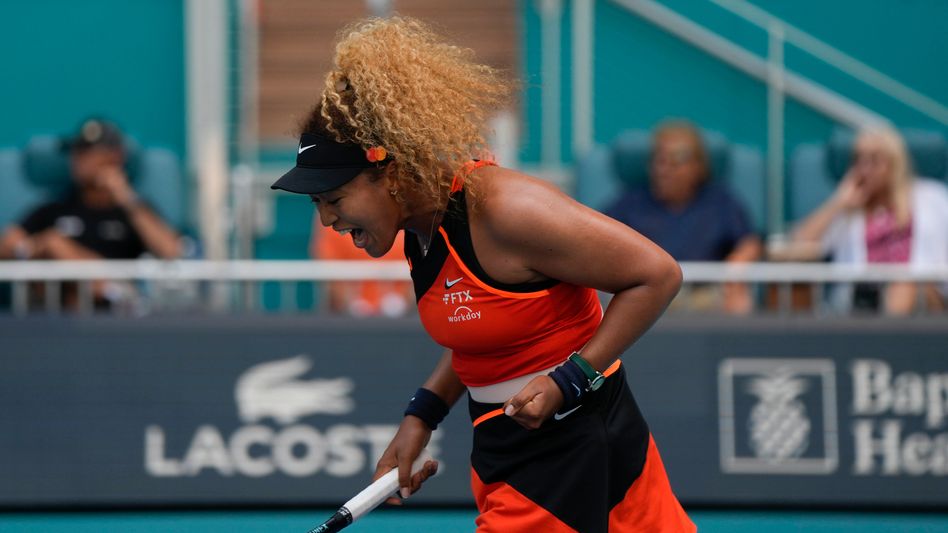