A Garmisch native at the top of Tölz ice hockey: Ralph Bader replaces Jürgen Rumrich as Löwen boss and is “ready for dialogue with the fans”.

Bad Tölz – Ralph Bader and the Tölzer Löwen, it was like fire and water until now.

As a longtime manager of the archenemy, the Garmisch-Partenkirchner was the embodiment of evil, so to speak.

And he did a lot to stoke the fire, didn't mince his words, shot back against the Tölz ice hockey fans.

Now is this Ralph Bader supposed to bring Tölz ice hockey back to light?

That's how it looks, the 57-year-old is the new managing director of the Tölzer Eissport Gesellschaft, was presented on Friday as the successor to Jürgen Rumrich.

He threw it down of his own free will. "I can take criticism," says Rumrich. "But what happened here was too much for me, I've never experienced it before." Hubert Hörmann, chairman of the main club in Bad Tölz, regrets the decision. "I experienced Jürgen Rumrich as a person of absolute integrity, a team player, someone you always want to have a beer with. But the shitstorm that swept over him here was too much.”

There will be no jubilation with the new man either, who will have already started work in the home game against Bayreuth on Sunday.

Nothing will come of the calm that Hörmann wished for after the quarrels of the past few weeks.

"I am aware that things will not calm down immediately because my person in the Isarwinkel is polarizing," says Bader.

"But I came here to work 100 percent with heart and passion for Tölz ice hockey," says the 57-year-old.

Coped with many a difficult situation

A sport that determined his life for decades.

Bader is a trained office clerk, later worked as a freelance journalist for radio, then manager of SC Riessersee for 13 years.

Even if he was accused of financial difficulties there, he didn't do anything wrong.

And he got the Garmisch team out of many a difficult situation.

Hörmann is convinced of Bader's ice hockey expertise, his sales skills and his assertiveness.

"That's why I didn't hesitate and didn't even look for another candidate when we talked about Jürgen Rumrich's successor.

One could also see it differently. After all, after the dismissal of Christian Donbeck, Bader had already offered to be the successor to the Löwen executive chair and had been in loose contact with Tölz for three years. At that time Rumrich got the preference. "It doesn't matter," says Bader. "I'm professional enough to accept that, that's the business, it doesn't bother me." He wouldn't be that even if six candidates had canceled before him. And the negotiations had never been as concrete as this time. Bader: "The main thing is that I'm here now. I'm really looking forward to it."

"Now I need a captain who manages to steer the steamer through the oceans of Tölzer Eishockey," says the ECT President flowery.

"And I'm convinced that I made the right choice with Bader." The TEG Advisory Board unanimously approved the new managing director.

The most important requirement is the routine of the 57-year-old.

"You need a thick skin for the job in this situation," says Hörmann.

He is motivated and wants to get down to work.” Rumrich and the outgoing controller Birgitt Breiter will be at his side to help him get used to the job in the near future.

A headwind is to be expected

On the other hand, he has to deal with the headwind that Bader could well face from fans due to his old rivalry with Garmisch. "I accept any criticism. I'm used to one or two snipers from Garmisch," says Bader. "I'm expecting a whole company of snipers here. I'll take on them." That means Bader is ready for a dialogue with the Tölz supporters and wants to clear up prejudices. "I will approach the fans and I want to convince them of myself."

There is a lot to do.

First there is the small squad, decimated by injuries.

But Bader is temporarily ruling out further reinforcements.

He would like to get involved in sporting matters in the future, but not this season.

"This year nothing works anymore, our contingent places are full and we have enough of our own German players.

When they come back, the squad will be strong enough to stay up in the league.” And that is clearly the goal.

Then there's the sponsorship issue that Bader wants to address.

"I'm a salesperson, I can sell, I'll take care of existing sponsors and look for new ones."

No miracles and sticking to the Tölzer Weg

He wants to raise money and contribute his ideas.

"You can't expect miracles, the situation is difficult, but I think I can make a difference." Bader would also like to continue working with the youth and thus the main club EC Bad Tölz.

"I think that's the Tölzer way that Tölz has to rely on." Sounds good at first.

Now Bader has to deliver. Ukraine war: Foreign Legion in the fight against Putin's Russia - including "the best sniper in the world". 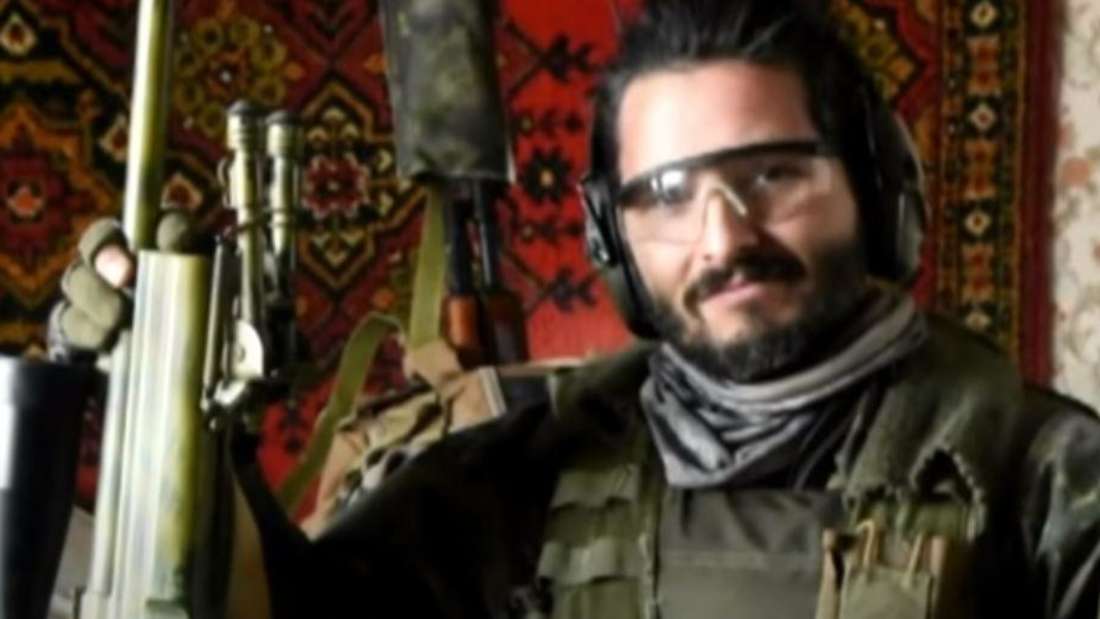 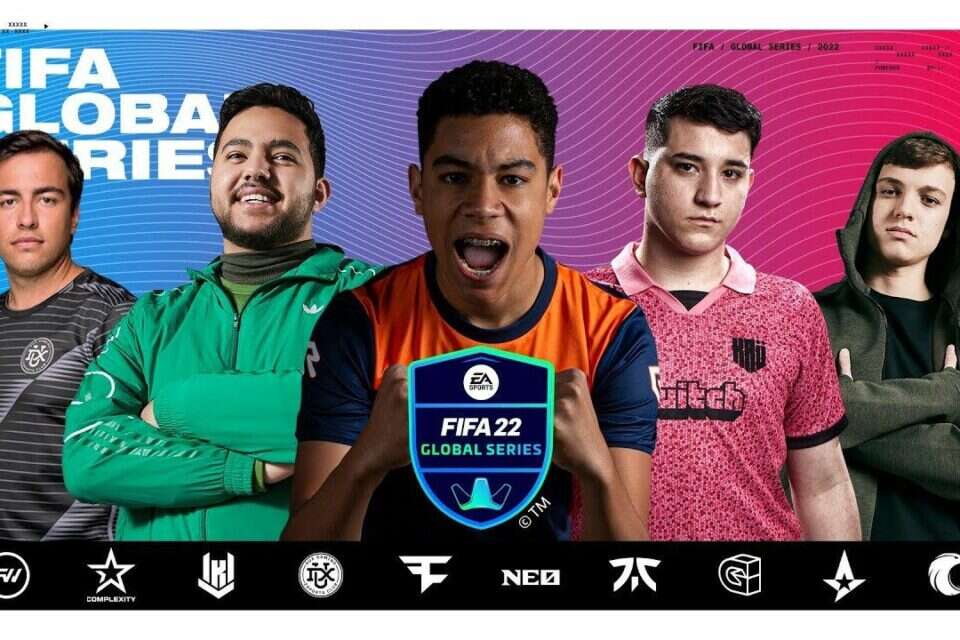 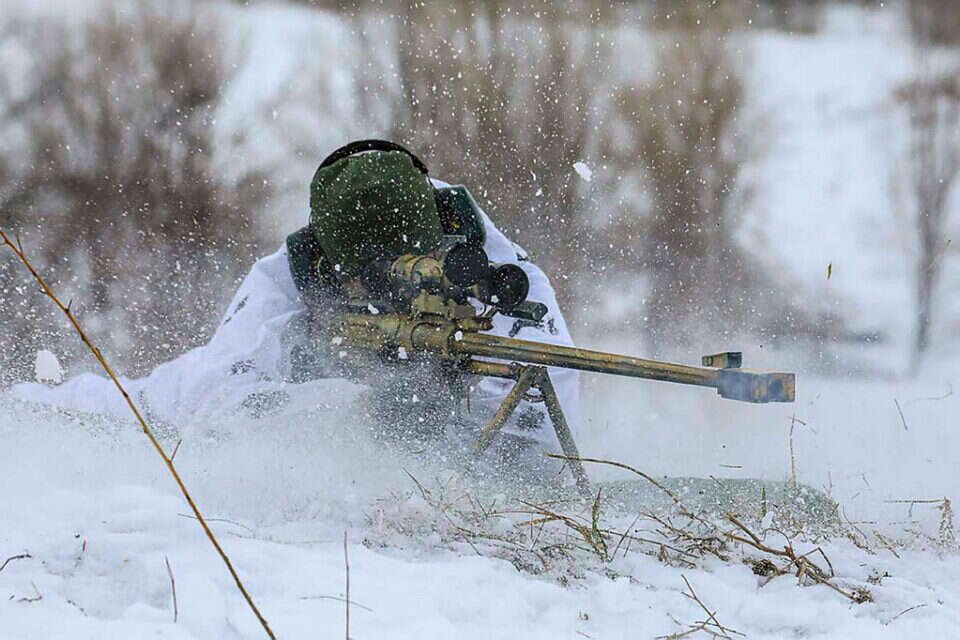 Horror of the Russian army? One of the best snipers in the world has joined the fighting in Ukraine Israel today