How is Michael Schumacher?

That's what many of his fans are asking themselves on the anniversary of his accident.

Here we summarize some statements made by his manager and his confidants.

Kerpen - There are hardly any current statements about Michael Schumacher's state of health.

Of course, fans and the media respect Michael Schumacher's privacy.

Nonetheless, followers understandably still wonder how their idol is doing.

The Formula 1 record world champion had an accident on December 29, 2013 while skiing in the French Alps.

In a fall, he hit his head on a rock and, despite wearing a helmet, suffered a severe traumatic brain injury.

After the eighth anniversary of his terrible accident, we summarize here what his manager Sabine Kehm had said - statements came from her mainly in the first years after the accident, after which it became quieter with statements.

Here you will find NO speculation, only the official statements of Michael Schumacher's agent Sabine Kehm and other companions

December 2017: Manager reveals "secret desire" that puts everything in a different light

In December 2017, on the fourth anniversary of the accident, the French sports newspaper

"The health of the seven-time Formula 1 world champion is the subject of numerous rumors," wrote the paper.

It was the title story, on the cover a portrait of the native Rhinelander with the words: "Schumi, we won't forget you."

The story was split into various articles. One listed the many rumors surrounding Schumacher - there are also very infamous ones. Another was about the children of the Formula 1 legend. But the main article of

have been exciting for many fans

- it was very, very long and of course looked at the big picture. But not only. Schumi manager Sabine Kehm also had her say. It was one of the very rare statements (read more below) from Schumacher confidants. L'

A quote from Kehm in particular made people sit up and take notice.

Since the newspaper report, it has been haunting the German media.

Anyone who reads the original text of

, however, learns that she said it back in spring 2016, but it only got a lot of attention in December.

"He told me he wanted to disappear," the Schumacher manager is quoted as saying.

"He told me (at some point before the accident), 'Don't call me to plan things for next year, I'll be gone.'" That was his secret dream.

"That's why I don't let anything out."

These words from Kehm cast a completely different light on the matter: It was therefore Schumacher's wish anyway to take place even less in public than before.

So it is only logical that Kehm announced even less in the time after the accident.

"Everyone understands the situation," said Kehm.

"It's a matter of dignity."

Kehm gave an insight into how Schumacher had previously kept his distance from the press: "He always set up very strict rules. No journalist had his phone number, no photographer was allowed in with him."

We have summarized the statements that Kehm also made in the years since Schumacher's accident for you below.

Michael Schumacher: That's what his manager Sabine Kehm said about his state of health - a selection

Sabine Kehm has been Michael Schumacher's manager for many years.

She is the only one who issues official statements about his state of health – but also very reluctantly, the statements have become rarer in recent years.

Here is a selection of their most important statements since the accident in chronological order.

Sabine Kehm in January/February 2021 on the occasion of the Schumacher film: She emphasized: "The film should portray Michael's incomparable career, but also show the many facets of a complex man: the merciless and daring Formula 1 driver, the ambitious athlete, the experienced mechanics with a unique technical flair, the reliable team player and loving family man.”

Sabine Kehm in May 2017 on the editorial network Germany: "Michael is a public figure, the public has the right to know that something has happened. We have also made it very clear

that something serious has happened

. However, Michael very consistently has one clear line drawn between the public person and the private person. This has always been accepted by fans and the media. The decision to protect privacy from the public has been made in Michael's best interest.

Sabine Kehm in December 2016: "Michael's health is not a public issue and we will therefore continue not to comment on it," said Kehm: "If only because we have to protect Michael's privacy as much as possible." From a legal point of view

, any health statement would "permanently reduce the extent of his privacy,"

she added. "We recognize that this may be difficult for some people to understand, but we do so in complete agreement with Michael's stance and we can only thank you for understanding."

Sabine Kehm in July 2016: "Michael shouldn't disappear. But at

. And everyone should understand that."

: One cannot answer the question about Schumacher's recovery path "

in a few sentences

" even a good two years after his serious skiing accident .

You have to explain a lot because it's "a constant process".

Sabine Kehm in December 2015: "Unfortunately, a current press report forces us to clarify that the claim that Michael can walk does not correspond to the facts.

Sabine Kehm in May 2015: "We're happy to be able to continue to say that he 's making

, and I always say that

considering the severity of his head injuries

Sabine Kehm on RTL in November 2014: "You have to give it time. I think you

really just have to be patient

continue his long phase of rehabilitation. He is

no longer in a coma

(...) "His family would like to expressly thank all the doctors, nurses, nurses and therapists who treated them in Grenoble, as well as the first responders at the scene of the accident, who did an excellent job in the first few months."

Sabine Kehm in April 2014: "Michael is making progress on his path. He shows

moments of awareness and awakening

(...) "We stand by him in his long and difficult struggle, together with the team at the Grenoble hospital, and we remain confident."

Sabine Kehm in January 2014: "Michael's anesthetics have recently been reduced in order to bring him into a

up that can take a very long time."

Sabine Kehm shortly after the accident in December 2013: "Michael

. He was taken to the hospital and is receiving professional medical care."

He is in mortal danger with "

injuries widespread in the brain

" and has been placed in an

Michael Schumacher: That's what friends and companions say about his state of health

Jean Todt in November 2021: Schumacher's longtime confidante Todt spoke up in the

After checking his schedule, he revealed to the

's sister newspaper that he last visited his former Ferrari protégé on October 18.

But what about Schumi?

He's struggling and we can only hope he's doing better," Todt said.

In an interview with the Italian

, Michael Schumacher's longtime companion and good friend Jean Todt spoke about the current state of health of his former protégé.

However, the former team boss of the Ferrari racing team emphasized that there were no significant changes.

"There is no news other than the fact that Michael is fighting to get better every day," Todt was quoted as saying.

news he has from Schumacher is not good

Ex-manager Willi Weber in December 2015 to tz: "What do we know? Michael is making progress, but the question is: progress at what level?

Michael got it bad,

I've suffered so much from it and I'm still suffering." (...) "I find it worrying that you don't hear anything from the family, and I miss a bit of transparency. You have to say what's going on and you can't hide it forever. Michael was a man who was in public I don't think it's a good thing that people aren't finally doing enlightenment. It's like a game of hide-and-seek."

You are on a time scale that goes from one year to three years,

" said the head of anesthesia and resuscitation at the Grenoble University Hospital, where Schumacher was taken after his skiing accident on December 29, 2013 would.

lin with material from dpa, SID and tz) 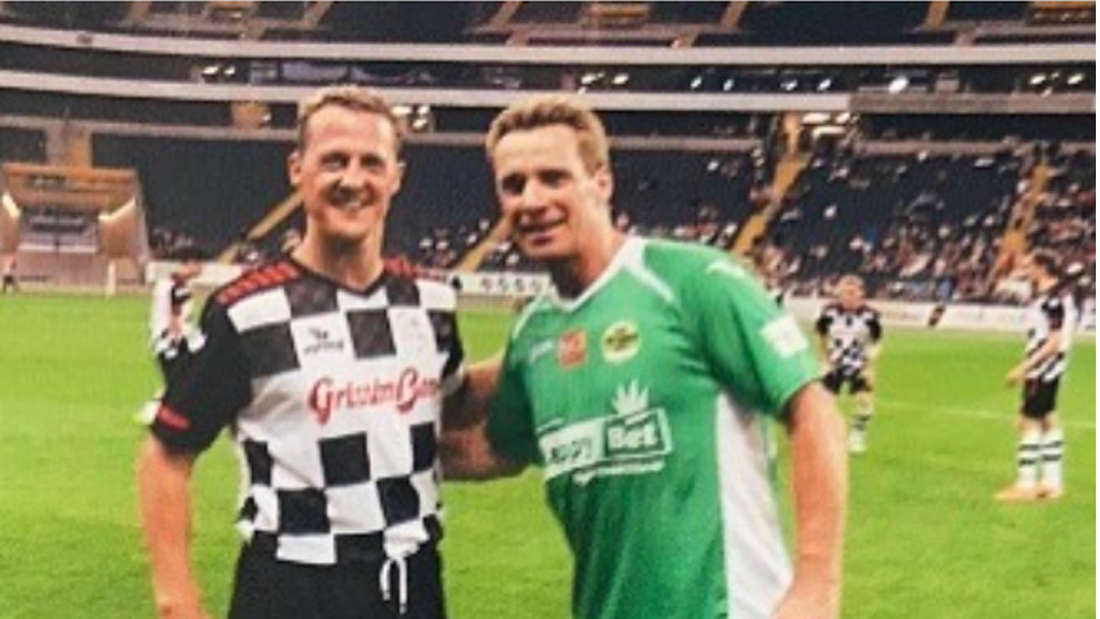 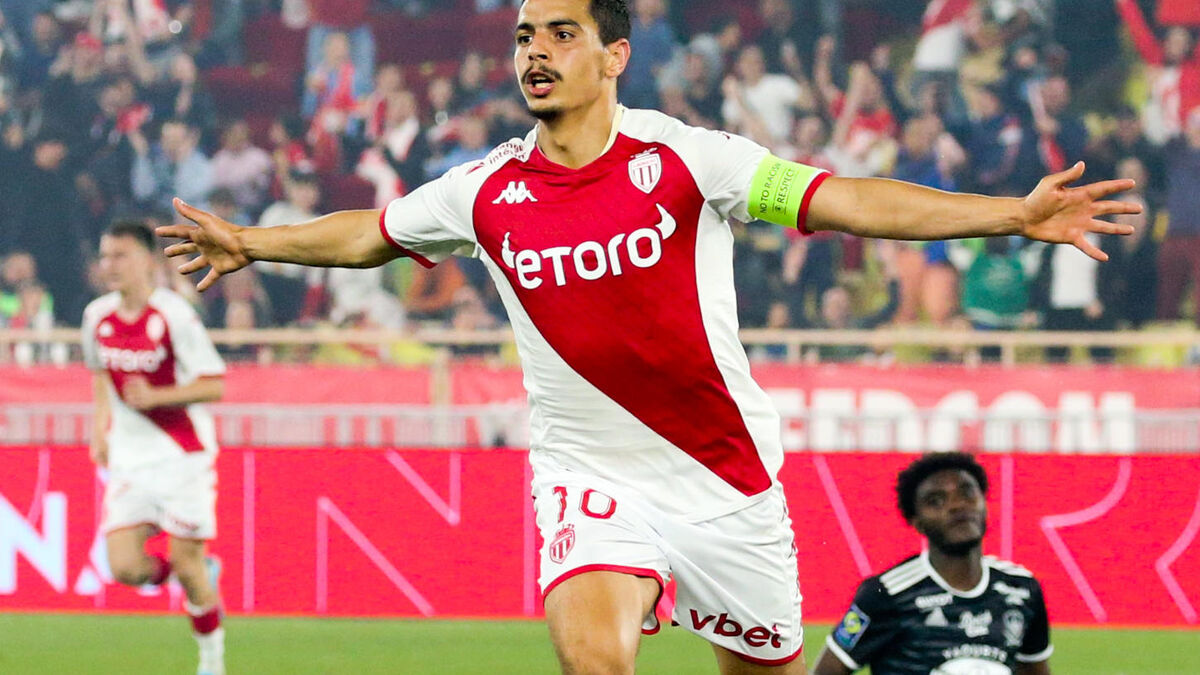