District league 2 compact: For Peiting and Bernbeuren it's about a lot Created: 05/13/2022Updated: 05/13/2022, 1:45 p.m By: Roland Halmel Just don't let them stop you: Robert Harsch (on the ball/here in the game against Günzlhofen) and TSV Bernbeuren absolutely have to achieve something countable in Aich. © Holger Wieland There are still three days left until the end of the season. Of the team Just don't let them stop you: Robert Harsch (on the ball/here in the game against Günzlhofen) and TSV Bernbeuren absolutely have to achieve something countable in Aich.

There are still three days left until the end of the season.

Of the teams from the Schongau region, TSV Peiting and TSV Bernbeuren in particular are still challenged.

District – Two teams from the Schongau region are challenged on this day of the district league 2 in the district of Fürstenfeldbruck.

TSV Altenstadt, host of TSV Utting, can compete without any pressure at all.

TSV Peiting still has a chance of winning the title.

With five points behind the leader Günzlhofen and only three games left, it is very small.

His eleven would have to win everything in the final spurt of the season, while the table leader, who hasn't dropped a point after the winter break, would still have to make a blunder.

A rather unlikely assumption when looking at the rest of Günzlhofen's program, which only meets teams from midfield or the lower half of the table.

The focus at TSV is therefore on defending second place and keeping the pursuer Utting at a distance.

In addition, the people of Peiting have firmly planned a win on Sunday (3 p.m.) in the away game at SC Fürstenfeldbruck.

"Although that won't be easy, because Bruck is in a relegation battle and will throw everything in," Melzer expects a "nasty away game".

After the last good games of his team, Melzer is convinced that the TSV is prepared for it.

"If we can preserve our form," said the TSV coach.

The Peitingen team won the first leg against the ninth-placed team, who is only three points ahead of the relegation zone, 3-1.

"But that was anything but easy, so the boys should be warned about the opponent," warns Melzer.

In terms of personnel, the coach can draw on almost unlimited resources.

But they can probably play.

According to the current status, only Stefan Pakleppa will be absent.

The direct relegation from the district league 2 has been certain since last week: it is TSV Moorenweis.

On the other hand, it is still unclear who has to go into the relegation relegation.

Seven teams in the lower half of the table still have to tremble, including TSV Bernbeuren, which as a parent is still just above the ominous "line".

In a direct comparison, the SVM is ahead of the TSV - this would come into play at the end of the season in the event of a tie.

The men from Auerberg still have the opportunity to score points in three games.

TSV will play the first of the three relegation finals on Sunday (3 p.m.) at FC Aich, who, in eighth place, is also one of the relegation candidates.

"This is an extremely important game for both teams," says Roman Lerchenmüller, who forms the coaching duo at TSV together with Michael Boos.

Both can play again in Aich as Boos is fully operational again.

In Manuel Jäger and Patrick Landes, two important pillars are also returning to the squad after illness.

"It will be a game at eye level," Lerchenmüller expects a close duel.

Goalscorer Florian Friedrich (18 goals this season) stands out from the experienced Aicher team.

"He's one of the best strikers in the league. Eliminating him will be an important factor," says Lerchenmüller, who expects his team to play purposefully forward and effectively exploit opportunities to get more out of the 3-3 draw in the first leg Aich.

In contrast to the district competition, for which there is a lot at stake in the final spurt of the season, TSV Altenstadt can go into the last three games very relaxed.

But that doesn't mean that the men around player-coach Christoph Schmitt want to let themselves down.

"We want to defend our fourth place until the end," is Schmitt's objective, who, as is well known, will be leaving Altenstadt after the season.

Theoretically, third place would still be possible, which is currently occupied by TSV Utting, which comes to Altenstadt on Sunday (3 p.m.).

"A very strong opponent with some very good players," says Schmitt about the promoted team, who still has a chance of finishing second.

"That's why they will go into the game against us highly motivated," the player-coach is convinced.

Whereby his team can play with a broad chest after the three wins in a row.

"We also want to make people forget the 3-2 defeat from the first half of the season," says Schmitt.

The coach can again fall back on Christian König, Phillip Bartmann and Jorgo Mavrokevalos.

Martin Kanzler represents the keeper because of a red card. 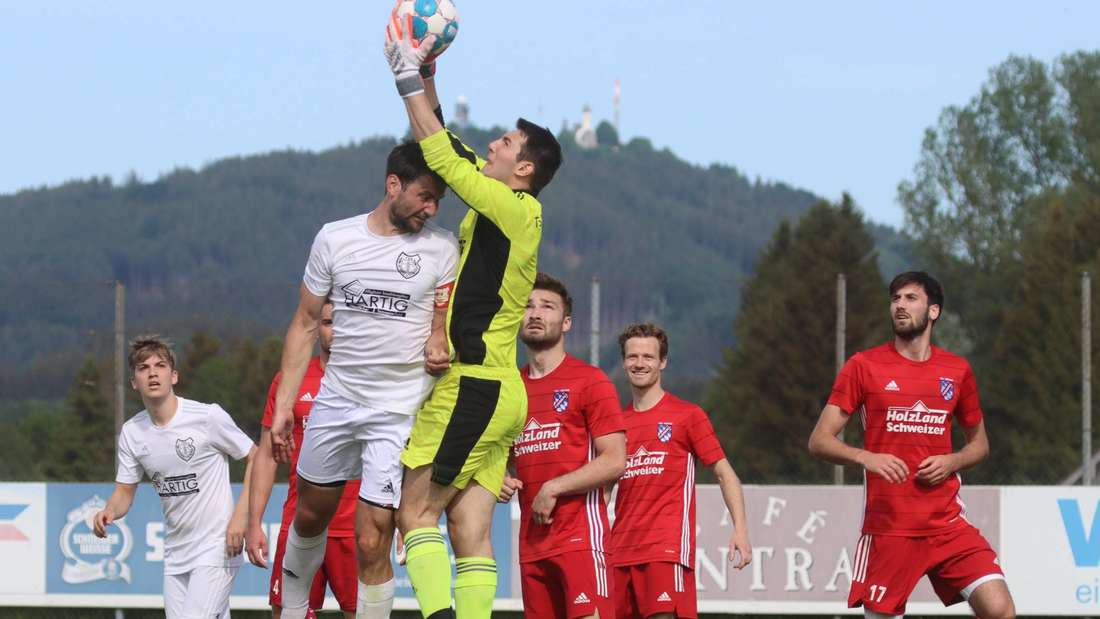 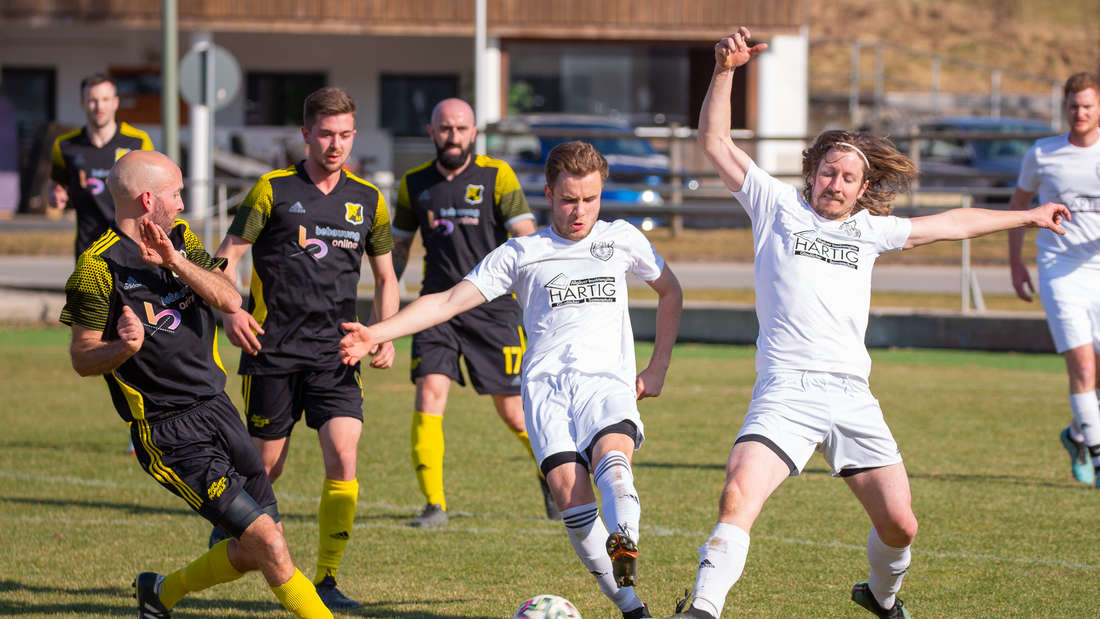 High tension in the district cup: A few hundredths decide 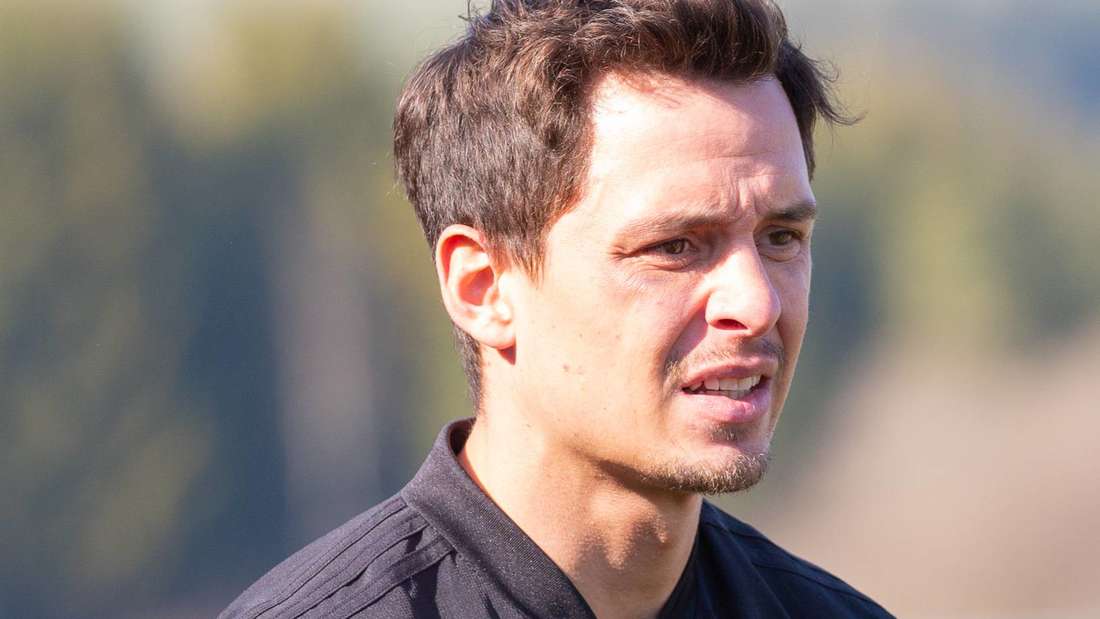