The fans of Türkgücü Munich have to worry about the regional league.

Great excitement at Türkgücü Munich and SC Fürstenfeldbruck: The city is involved in the regional league plans of the clubs.

Is everything on the brink now?

Fürstenfeldbruck - Türkgücü Munich saw itself on the home stretch: the new board is in place, players are being brought in and the regional league can come.

Is everything really that simple?

The recent good news from Heinrich-Wieland-Strasse could have been in vain after all.

Because the stadium is shaking.

Türkgücü wants to play in Fürstenfeldbruck.

In consultation with SC Fürstenfeldbruck, everything seemed to fit.

The district league club is happy to accept the Neuperlachers, has the necessary plans for the stadium expansion ready and even wants to bear the costs.

Now the city of Fürstenfeldbruck is getting in touch and it becomes clear: Türkgücü has a problem.

Türkgücü Munich: No consent from the city – stadium in Fürstenfeldbruck threatens to collapse

But wait a minute, the city of Fürstenfeldbruck steps in: We were never asked.

And it won't work without the green light from the city council.

A slap in the face for SCF President Jakob Ettner: "We fear that Mayor Raff Türkgücü will let the club jump over the blade out of hatred against SC Fürstenfeldbruck," he complains.

The city cannot oppose the clubs' plans, says Ettner and sees the contract of use on his side: "SCF may do what is beneficial to the club.

And that must include helping other clubs.” He is referring to a passage in the stadium's usage agreement that the city apparently interprets fundamentally differently than he does.

The club may use the stadium on Klosterstrasse "only for sporting purposes as part of its club work," quotes Lord Mayor Raff from the contract and emphasizes: "Allowing other clubs to use the stadium is certainly not part of the club's work."

No going it alone in Fürstenfeldbruck: Türkgücü needs permission from the city - President Akkay appeals

The city of Fürstenfeldbruck does not want to let the clubs do their thing and points out that the Bavarian Football Association also requires the consent of the stadium owner.

In principle he has nothing against including Türkgücü, says Raff, but it just wouldn't work without the city's involvement.

"It's about the sport," he appeals, "we shouldn't become the losers because of a discrepancy between the city and SC Fürstenfeldbruck.

It would be good for the region if a regional league club came.

That stimulates the sport and it would be nice for the Turkish community in Fürstenfeldbruck.”

Türkgücü disadvantaged because of quarrels?

Mayor contradicts: "Has nothing to do with the SCF"

"I don't know where the fear that the city will do something about it comes from," Mayor Raff objects.

And promises to put disputes with SC Fürstenfeldbruck completely aside: "If so, I would meet Türkgücü if I stood in the way.

You want to play soccer.

In the end, the inquiry has nothing to do with the SCF.” He also resolutely rejects Jakob Ettner's allegations: “That's nonsense.

I don't want to choke Mr. Ettner in,” Raff clarifies.

The big problem for Türkgücü remains: the city insists on having a say.

And that should make everything much more difficult, at least in terms of time.

The next sports committee is scheduled for July 19, by which time it is far too late for Türkgücü Munich.

The condition notice from the association will arrive next week and must be fulfilled by the end of June.

Otherwise there is no license for the regional league.

All in all, it suddenly looks bad for Türkgücü Munich.

A legal dispute over the usage contract would take too long, but the discussions in the city council would probably take too long.

In addition, it can be heard from those close to the city council that not everyone is necessarily in favor of letting the Munich club play in the monastery stadium.

Some residents have already expressed their unhappiness.

"The clubs are responsible": Fürstenfeldbruck's mayor criticizes the lack of communication

"The clubs are responsible for the timing problem," Raff objects. The city of Fürstenfeldbruck doesn't want to be put under pressure now.

"Why didn't you talk to me four weeks ago?" asks the mayor and complains: "Apart from an email, I haven't had any personal contact with the people in charge in Türkgücü."

"It now depends on what exactly has to be done in the stadium and whether the structural measures are so big that the city council has to approve it," Raff summarizes.

Türkgücü's regional league plan is more than ever on the brink. Türkgücü solves dispute in Fürstenfeldbruck: Apparently the game can start 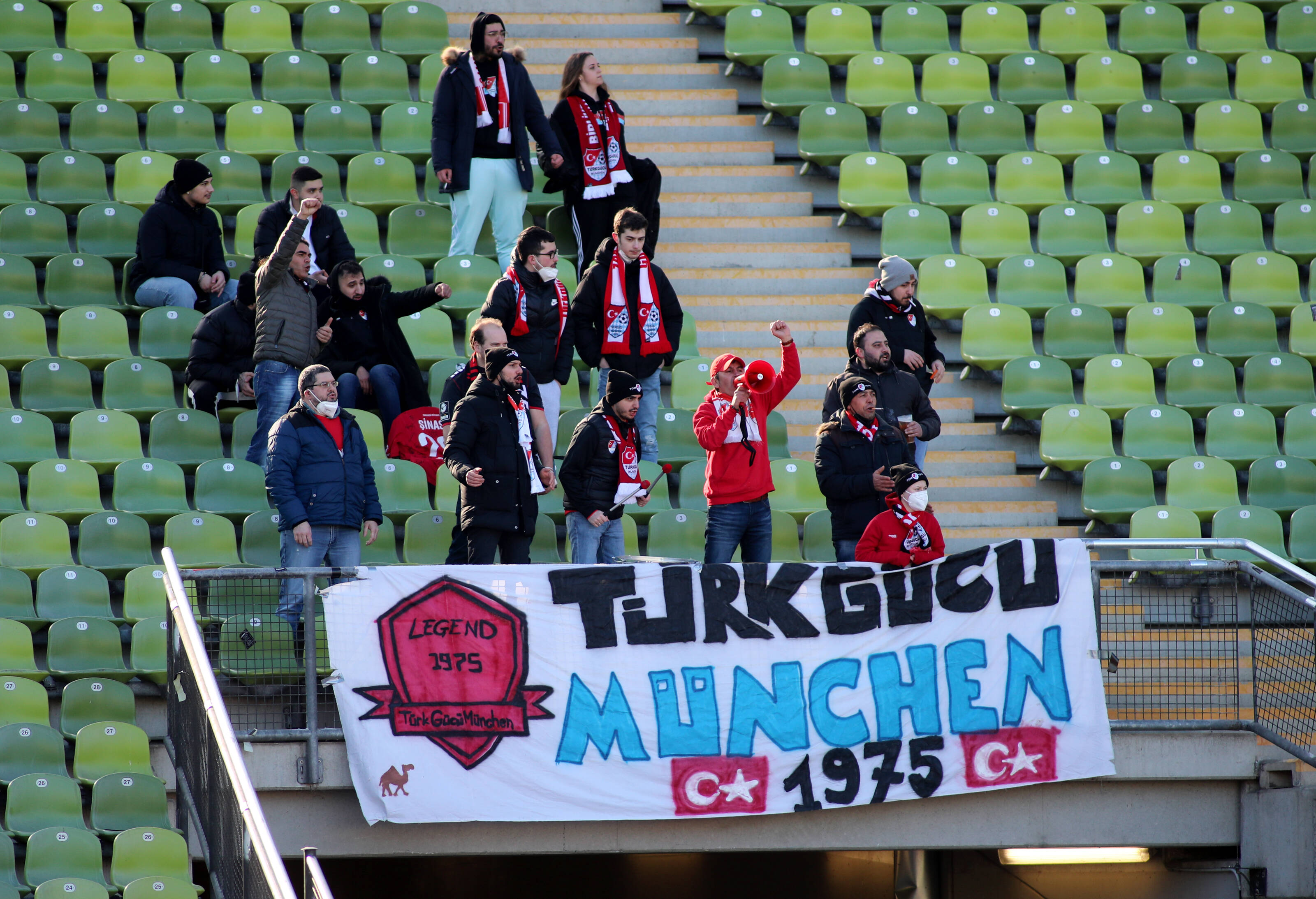 Commentary on Türkgücü's stadium bankruptcy: Between the brawlers Türkgücü in the monastery stadium: the city is waiting on request "I'd better not say anything about that": FFB-OB Raff would like better communication with Türkgücü 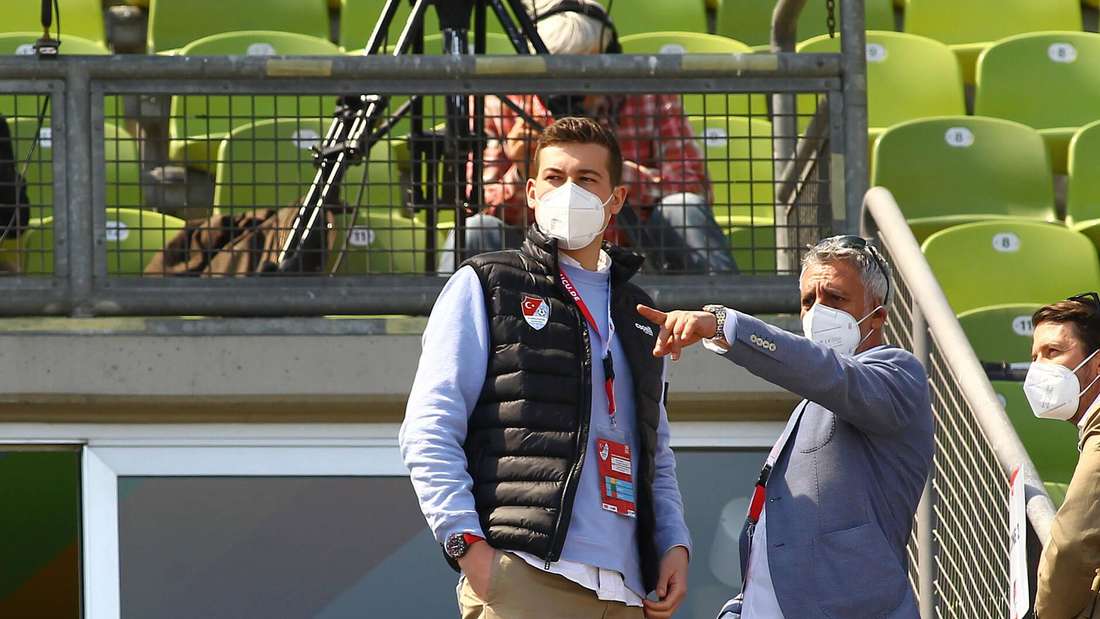 Türkgücü Munich wants to play in Fürstenfeldbruck: SC already has plans to expand the stadium 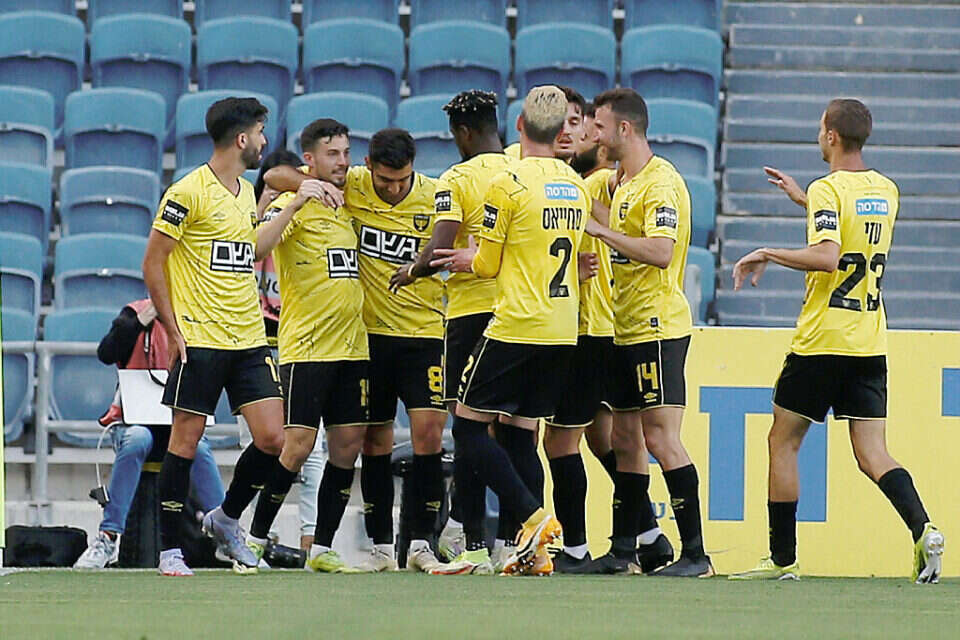