Farewell gift: 0: 1 to the view of the Galilee over Hapoel Haifa in the final round Israel today

The relegated team left the league with a victory, thanks to a goal by Omer Padida in the 50th minute • Fourth consecutive loss to Hapoel Haifa in the lower playoffs • Only 200 spectators in the Galilee landscape 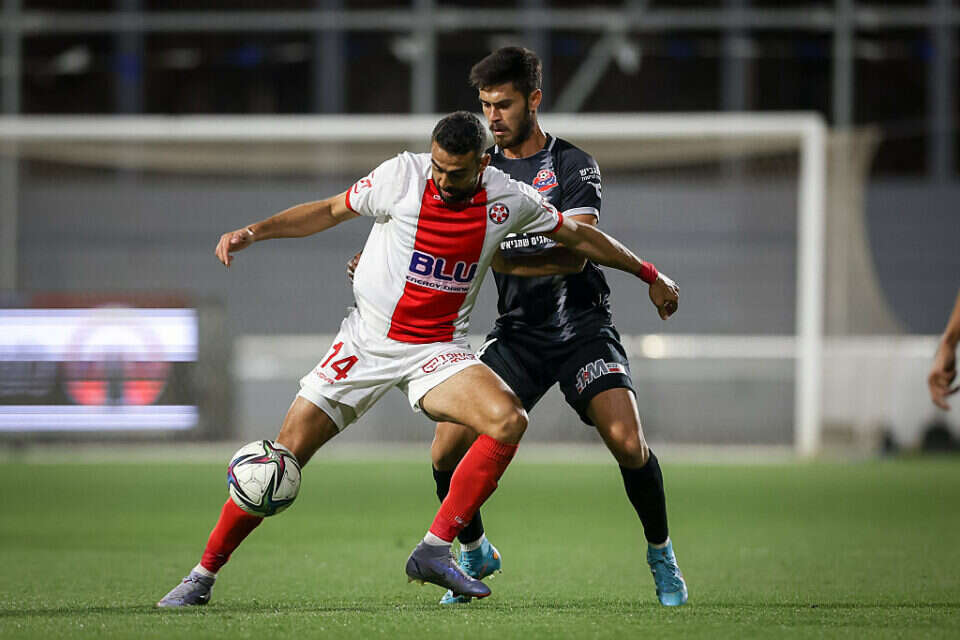 In front of only 200 spectators, Gal Reuven Semel at Hapoel Nof Hagalil, ended his career in a game against Hapoel Haifa.

At least the team respected him, even if it's an unimportant game.

Some of the players have already closed flights, and some will already be on the air tomorrow on their way to vacation.

What they all have in common is that they will want to forget this season.

A symbol in the Galilee landscape, Photo: Maor Elkelsi

Nof Hagalil was relegated to the National League with a 0: 1 victory from a goal by Omar Padida, as if it had left a note "I will return soon", hoping to return to the Premier League soon.

Hapoel Haifa will continue in the league and most of the players are not signed for next season.

Yoav Katz and the next coach, Nir Klinger can clear the rubble of this season and build a new skeleton.

This is a must for them, especially so as not to be embarrassed again next season.

Fourth consecutive loss to Hapoel Haifa in the lower playoffs

Hapoel Hadera was stopped with 1: 1 in the Galilee landscape, a dubious goal disqualification in the 86th minute - Walla! sport

Barreiro, Asperia and Glazer are expected to return to the Beer Sheva squad against Netanya - Walla! sport