FCB championship celebration in the live ticker: Bitter party start for Brazzo – when his name is mentioned, there are whistles Created: 05/15/2022, 08:36 By: Hannes Niemeyer FC Bayern celebrates the tenth Bundesliga championship in a row - historic! It could therefore be tight at Marienplatz. The news ticker for the party. Update from May 15, 8:17 a.m .: For one, the FCB championship celebrat

It could therefore be tight at Marienplatz.

The news ticker for the party.

For one, the FCB championship celebration does not start as well as hoped.

Sports director Hasan Salihamidzic is currently more in focus than ever, especially since he made it clear around the last Bundesliga match day that Robert Lewandowski will not extend the contract with the Munich record champions.

This seems to annoy some fans.

Brazzo felt it on Saturday evening at the celebration in the Paulaner beer garden on Nockherberg.

While Thomas Müller, Manuel Neuer and Lewandowski were celebrated on stage according to the

, the 1000 Bayern supporters were less happy about Salihamidzic.

As the paper reports, around a quarter of the fans present are said to have whistled when Salihamidzic's name was called through the microphone - a bitter start to the end-of-season party.

Nagelsmann and Gnabry celebrate the FCB championship in the Paulaner beer garden.

FC Bayern: celebration of the championship at Marienplatz – does the Wolfsburg draw spoil the mood?

First report: Munich – It can be celebrated again.

Befitting, with wheat beer, the championship trophy and on the town hall balcony.

On Sunday, the FC Bayern stars will have the honor of celebrating the tenth Bundesliga championship in a row with their fans at Marienplatz in the heart of Munich.

Because of the corona pandemic, fans and the team had to wait two years for the event, so the anticipation is all the greater.

The big question that remains: How big will the party that is being celebrated on site be?

Evil fan tongues have been accusing the Munich team, who are used to success, of not igniting the great euphoria of winning the German championship for a long time.

And despite the exuberant mood, Thomas Müller, for example, was really pissed off when the championship trophy was handed over.

Leroy Sané, for example, was not even present at the ceremony.

In addition, there was recently the scandal surrounding the professionals' trip to Ibiza, which seemed to spoil the party mood a little.

FC Bayern Munich: Championship celebrations at Marienplatz - the rush of fans can begin at 12:30 p.m

However, after the 2-2 draw in the last game of the season against VfL Wolfsburg on Saturday, the mood among the players is likely to be at least slightly dampened - after all, there hasn't been a single win in the last three games of the season.

The FCB grades from the tz individual criticism speak a similarly clear language.

And despite the relaxed end of the season, many a fan should not be in a better mood to celebrate than after the defeat against Mainz or the 2-2 win against Stuttgart.

The day is well planned so that the crowd on Marienplatz can really cook.

From 12.30 p.m., fans can warm up to Marieplatz with musical accompaniment.

The team will leave Säbener Straße in the team bus at 1 p.m. and make their way to the city centre.

At the town hall, the team led by captain Manuel Neuer and coach Julian Nagelsmann will be welcomed by Munich's mayor Dieter Reiter.

At around 1:55 p.m., the team presents itself and the championship trophy on the balcony and can cheer together with the fans.

There will be interviews, and "one or the other surprise" has also been announced.

Here you can read what else you need to know about FC Bayern's championship celebrations.

FC Bayern championship celebrations at Marienplatz: the party plan at a glance

If you can't be there live, you can follow the party on stream.

This should be available in German, English and Spanish.

If you can be there live, you have to be prepared for some restrictions.

Because apparently the city of Munich is expecting quite a large number of fans, now that no championship celebrations have taken place in the past two years.

That is why there are also some prohibitions at Marienplatz.

Glass and pyrotechnics are already banned from 9 a.m.

Bicycles may not be carried.

Parked bikes will be removed.

There are bag checks at the entrances, the city asks you not to bring large bags or rucksacks with you in the first place.

If Marienplatz is too full, the subway will no longer stop at the station, but will go straight through.

Restrictions and bans aside: if the weather cooperates, nothing stands in the way of a successful end to the season including a worthy outdoor party.

Which Bayern player will become a "celebration beast"?

And what did Kimmich, Goretzka and Co. think for the fans?

We inform here in the news ticker about all the events of the championship bash of FC Bayern. 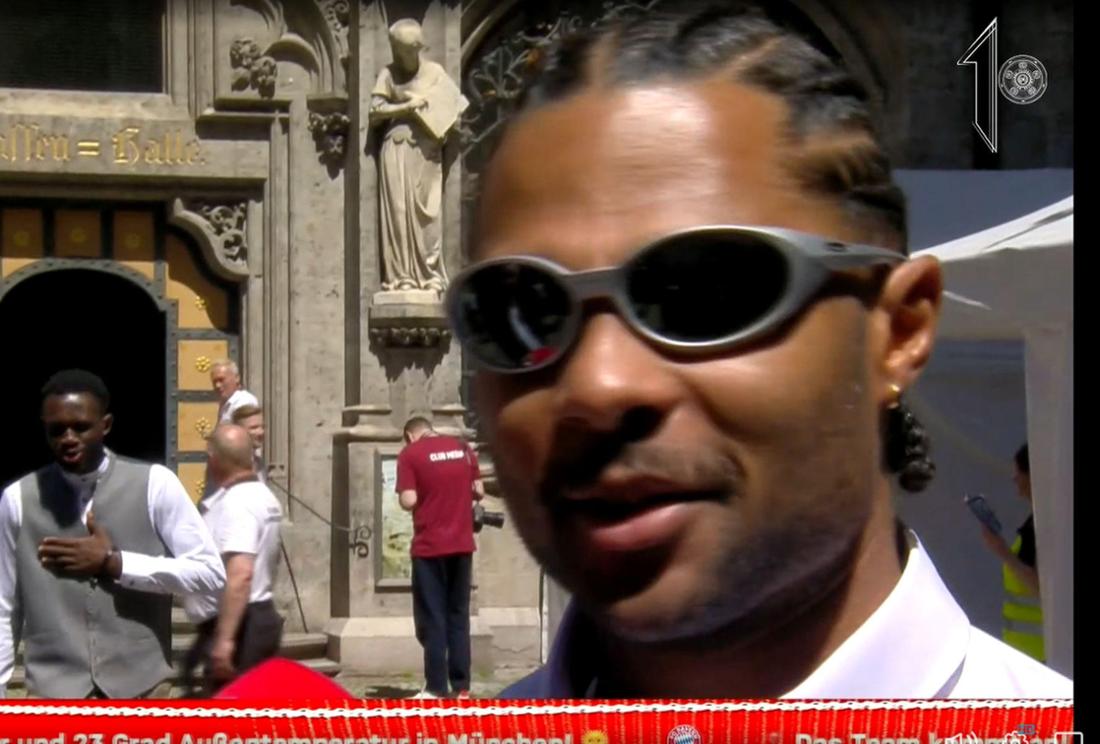 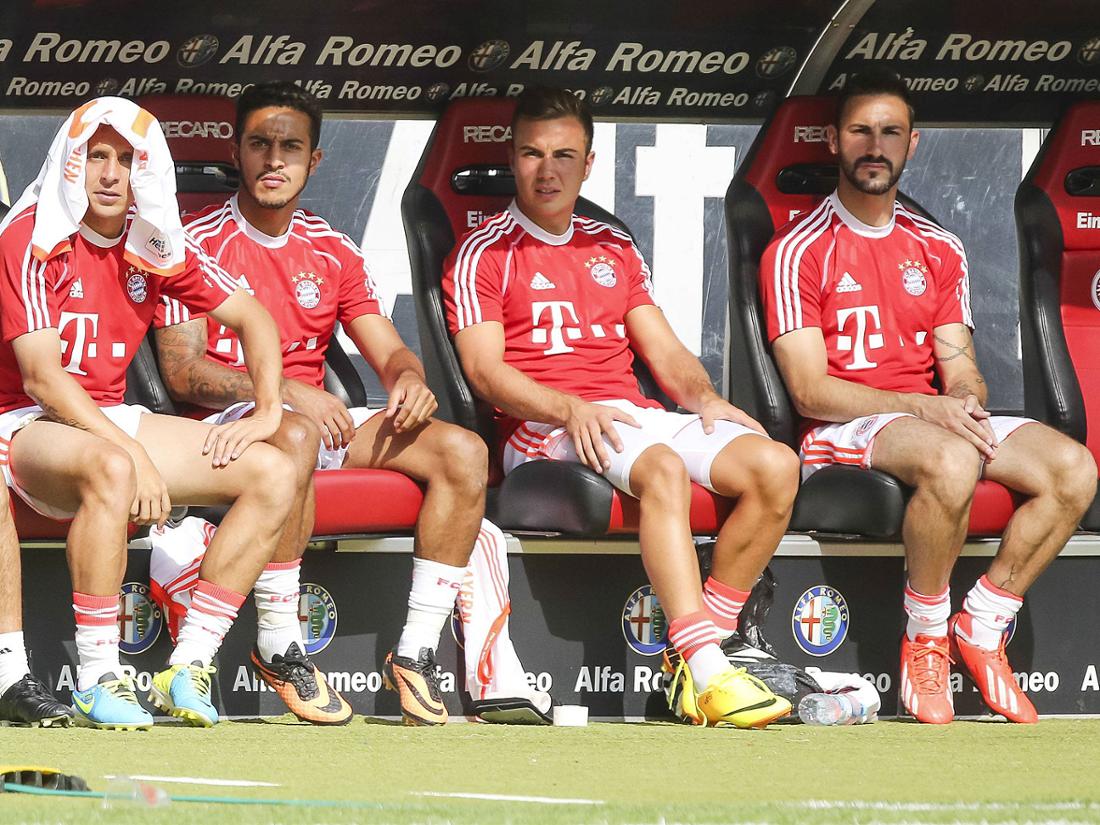 Is Brazzo getting a cracker? Ex-FCB star Contento sure: "FC Bayern always good for surprises"

Is Brazzo getting a cracker? Ex-FCB star Contento sure: "FC Bayern always good for surprises" 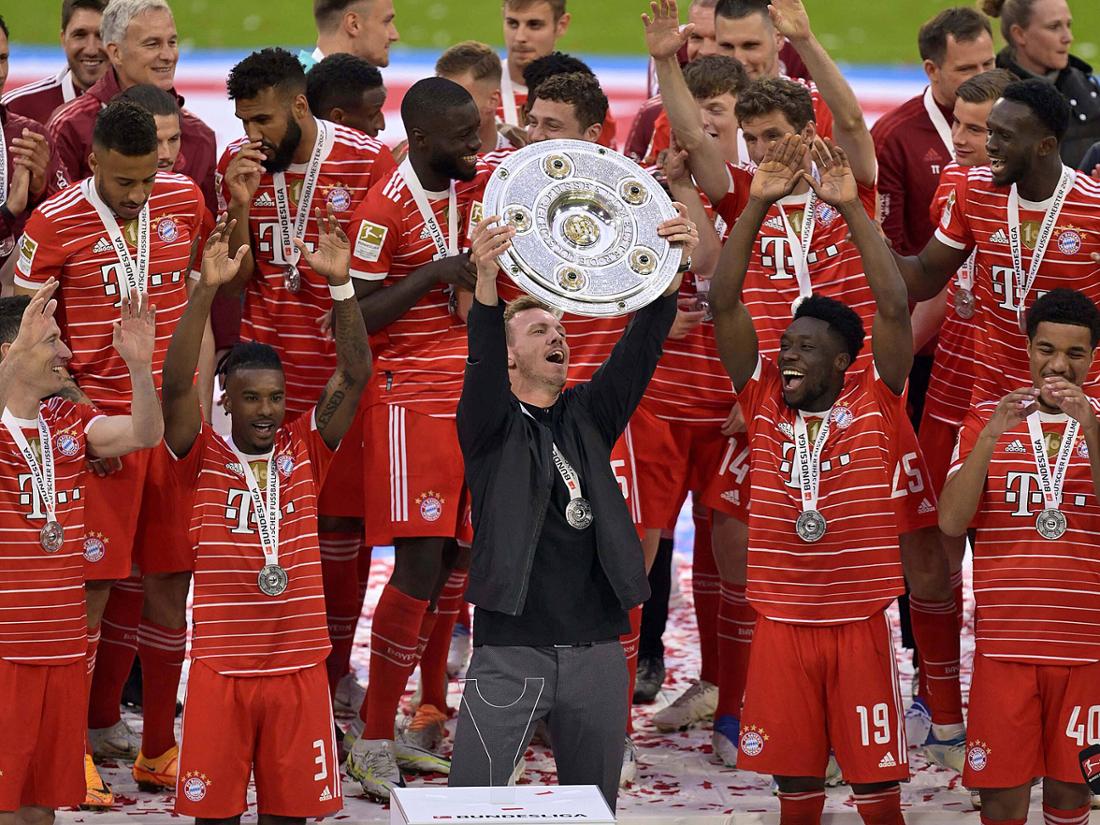 “We currently have a situation …”: Müller was completely fed up at the master party in the Allianz Arena

Masters party in the Allianz Arena: Müller attacked - "We currently have a situation..."

Kahn resolves the Lewandowski chaos and speaks plainly: “He will fulfill this contract. Basta" 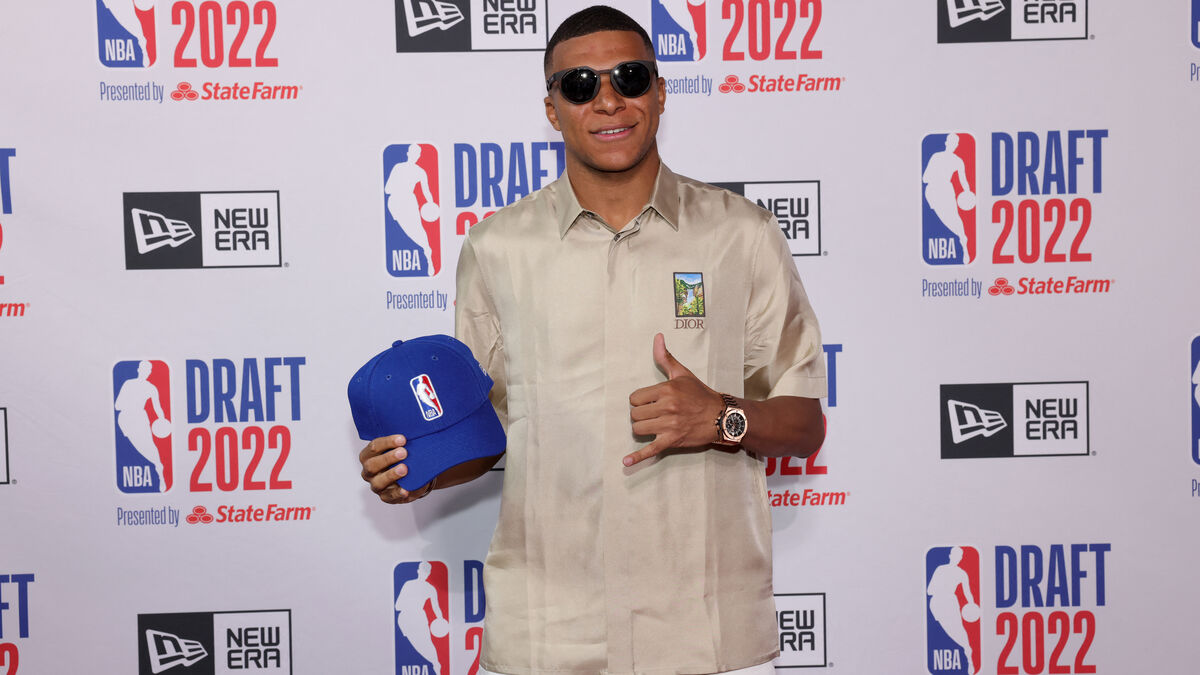