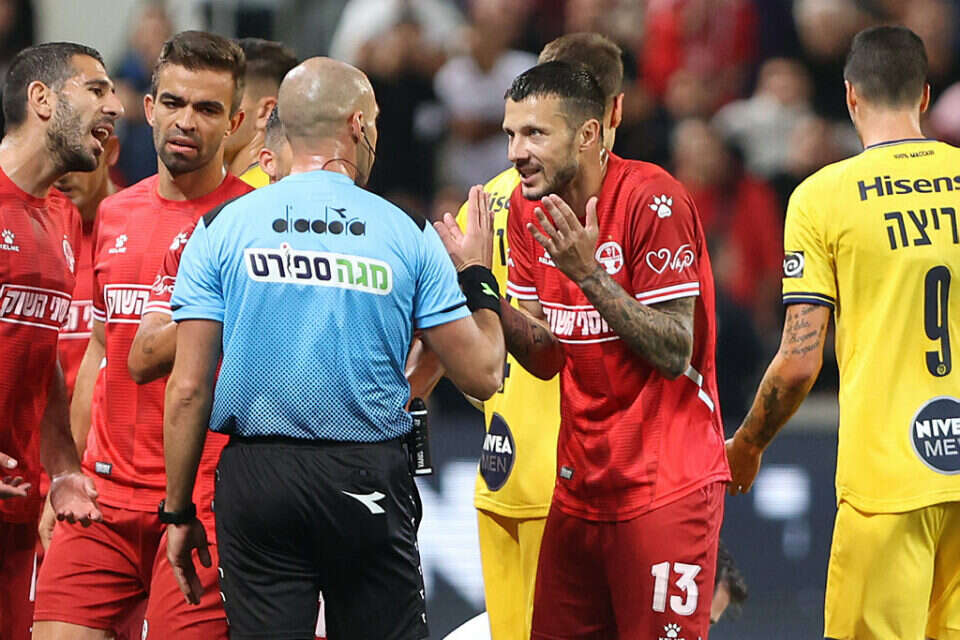 In a game that mainly determined who would end up as Maccabi Haifa's deputy, Maccabi Tel Aviv and Hapoel B'Shlosha parted ways in a 1-1 draw.

And in fact the Greens were officially crowned champions.

Hapoel Beer Sheva completed a successful month against the Yellows from Tel Aviv, and mainly retained second place, despite the ugly entry of Rokvica in Baltaska who saw the first red in his career.

The game leaned all the way to the yellow side with an advantage goal by Ayalon Almog in the 45th minute, and Maccabi could have finished the game countless times, but succumbed to the shot of the new Israeli on the pitch Miguel Vitor, who set an absolutely unfair points distribution.

Frustration at Hapoel Beer Sheva: "We will cry a lot more this season" - Walla! sport