Jim Dagen ("The Saw"), the winner of the first Royal Rumble in 1988, informed his fans that the disease had returned about six months after he announced he had fully recovered

The legendary WWE wrestler announced: "Cancer is back, I'm terrified"

Jim Dagen ("The Saw"), the winner of the first Royal Rumble in 1988, informed his fans that the disease had returned about six months after he announced he had fully recovered

Jim Dagan, one of the legendary WWE wrestlers, informed his fans that his cancer was back and he and his family were "terrified".

The wrestler, who in his day earned the nickname "the saw," said doctors were "very optimistic about the early detection."

The 68-year-old Dagan has been battling the disease throughout the past year and needs many treatments, including prostate removal.

Last December he boasted that he had overcome the disease and the doctors declared him "cancer free", but now the disease has attacked him again.

Sad ending: Legendary WWE wrestler Scott Hall has died at the age of 63

In a video filmed on Facebook, a former wrestler said he would go through screenings five days a week, for eight weeks.

"The doctors asked me to go on with my life as usual, but unfortunately I will have to postpone or cancel many plans," said Exo Dagan, who in his 40s has already beaten cancer and also dealt with heart problems.

"You have helped me go through many, many terrible moments over the years, in so many cases in the past. The fact that I share my situation with all of you now, will help me go through it this time as well."

Dagan won the first Royal Rumble in WWE history in 1988 (then another WWF) and reached its peak in the early 1990s when he appeared as a patriot who carried the US flag and excited the crowd with calls from the USA. He later moved to WCW where he won the title US Champion, in 2005 he returned to the WWE and in 2011 was elected a Member of the Hall of Fame.

A chilling and surprising moment: the crowd cheered, the Undertaker burst into tears - Walla! sport 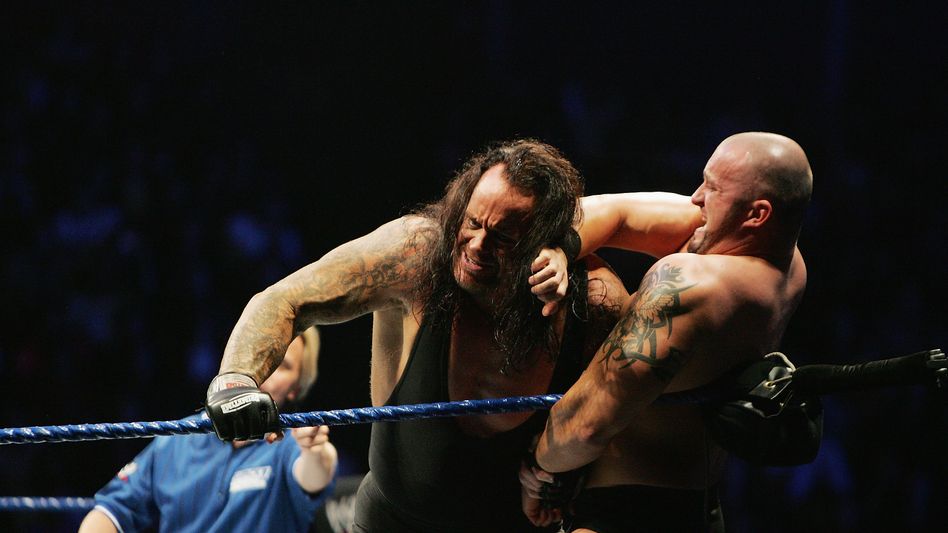 Wrestling - Undertaker says goodbye: "The man behind the curtain"