Eintracht Frankfurt wins the Europa League: The magical night of Seville in pictures

What a season: Eintracht Frankfurt also won the Europa League final in Seville. The highlights of the endgame in pictures. 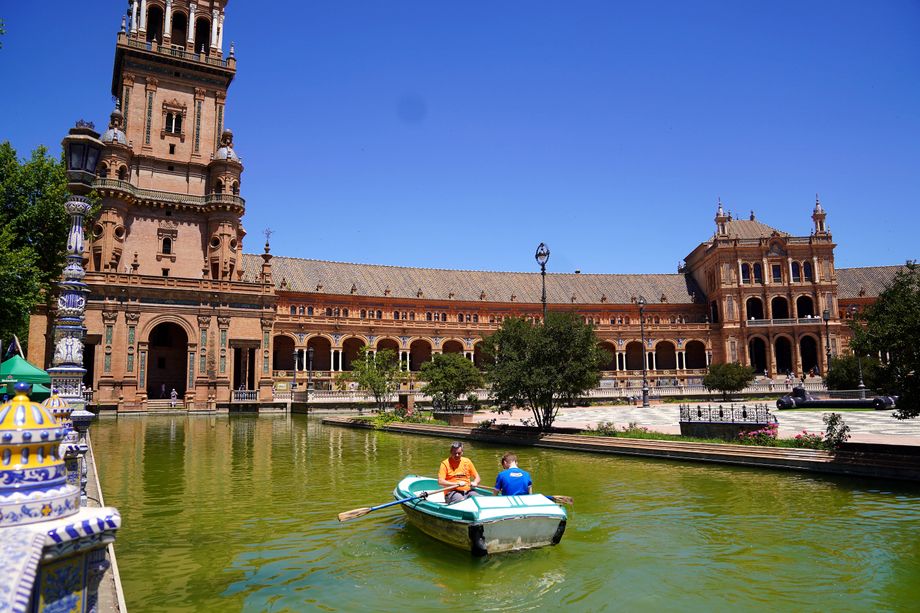 Calm before the storm: tens of thousands of supporters of the two finalists traveled to Seville from Glasgow, Frankfurt and all over the world to support their teams - in the stadium or at the public viewing in the city.

These Rangers fans had chosen a round in the rowing boat at the Plaza de España for their supporting program.

In the center of Seville, the real star of the evening could already be seen - the Europa League trophy, which, by the way, is the largest of all Uefa trophies at 15 kilograms and 65 centimeters high.

There were also isolated clashes between the fan groups.

According to the police, they were part of a group of 200 German supporters who are said to have attacked Scottish fans near the cathedral in the center of the southern Spanish city on Wednesday night.

Large parts of the Frankfurt fan scene had dressed in white, 10,000 made the fan march towards Estadio Ramón Sánchez Piziuán - but were stopped by mounted police before they arrived.

40,000 spectators fit into the venerable round, which Eintracht President Peter Fischer called the "Mickey Mouse Stadium" due to its small capacity.

Early shock: Eintracht captain Sebastian Rode had to be treated after a duel.

Connected and with a fresh jersey, he was then able to continue playing.

Frankfurt created the chances, Glasgow made the goals.

Or better: a goal.

After a stumble by Eintracht defender Tuta, Rangers striker Joe Aribo suddenly found himself alone in front of goal in the second half and scored to make it 1-0.

Then came the big performance by Rafael Borré.

The Colombian found a small gap in the Rangers defense and poked in a Filip Kostic cross to equalize.

The Frankfurt fans cheered their heroes who were back in the game.

Even though Frankfurt continued to put pressure on, there was no goal, and extra time didn't bring a decision, it went to penalties.

Goalkeeper Kevin Trapp had kept Frankfurt in the game with a strong save in extra time - and became the hero in the penalty shootout.

Trapp parried Glasgow's Aaron Ramsey's attempt, it was the only missed shot of the evening.

The players rushed at each other on the pitch - 42 years after winning the Uefa Cup, the club has won the second major international title in the club's history!

Borré was carried on shoulders through the stadium.

You have to read it a few times to really believe it. 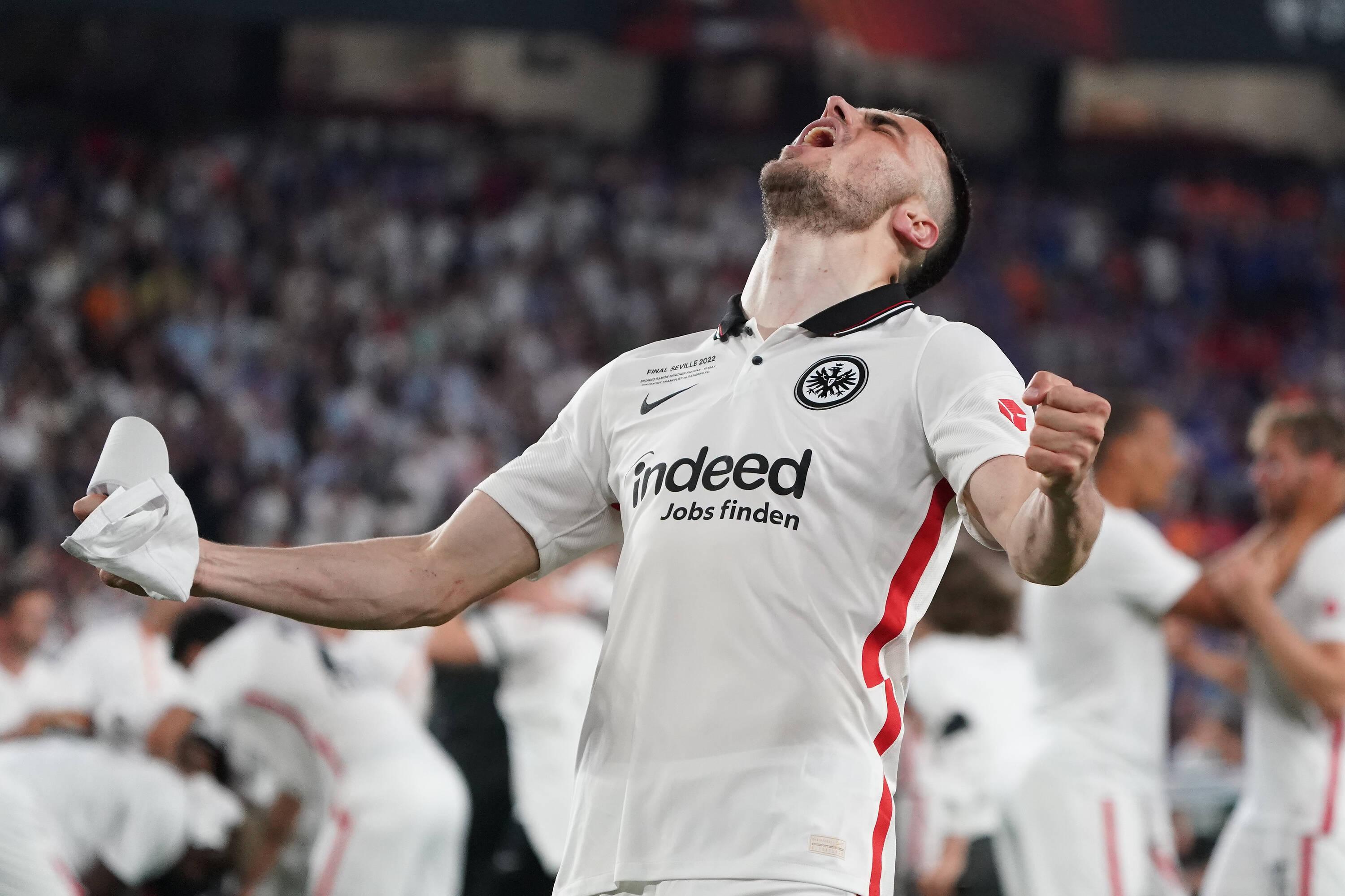 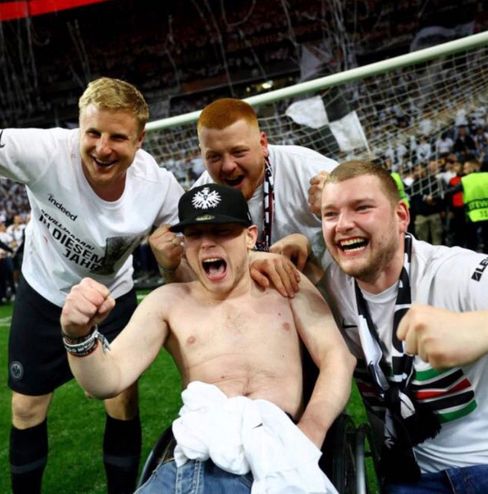 Eintracht Frankfurt: This is how the SBU celebrates in the event of the Europa League victory