Eintracht Frankfurt won on penalties (1-1, 5 tab to 4), this Wednesday, after a tense final in Seville, ahead of Ecossa 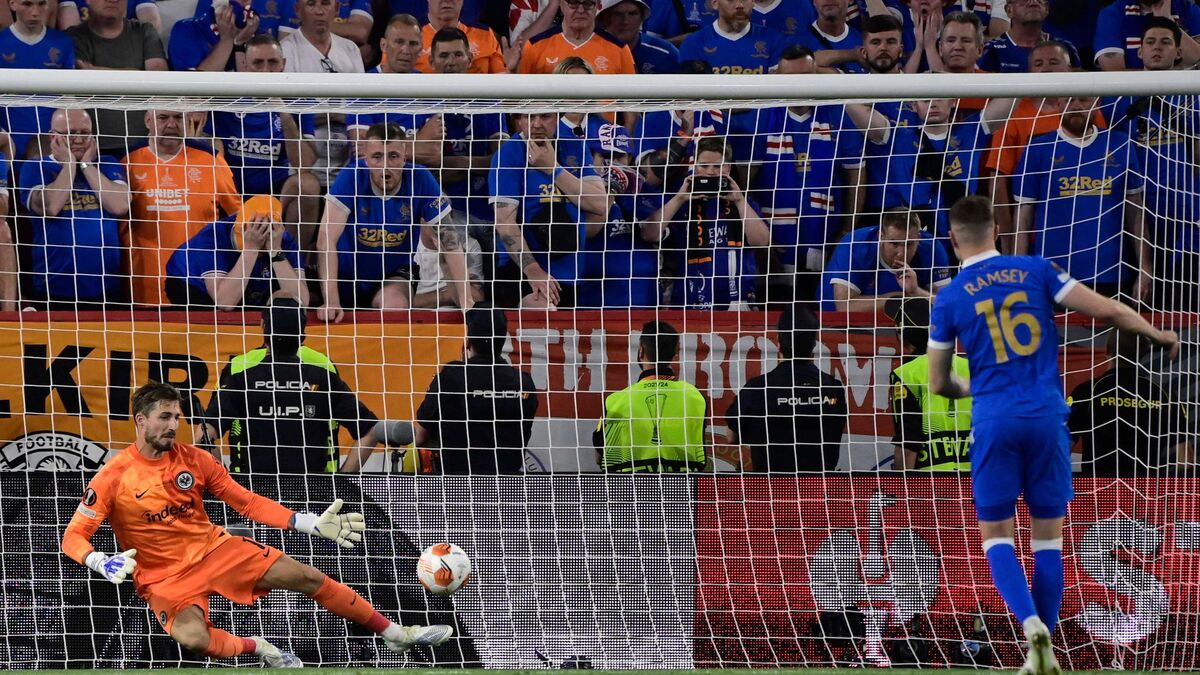 In the sultry Sanchez-Pizjuan stadium in Seville, Kevin Trapp, the former PSG goalkeeper, relaxes, fends off the shot on goal and becomes Frankfurt's hero.

The Germans won the Europa League ahead of the Scottish Glasgow Rangers during the penalty shootout (1-1, 5 tabs to 4) after a balanced and tense game.

For the two teams who faced off in summer temperatures – it was 31°C at kick-off – the objective was to reconnect with their glorious past.

Rangers have not won anything on the continental scene for fifty years and the European Cup Winners' Cup (1972), and Eintracht have not won a title in Europe since their European Cup. UEFA in 1980. Nearly 150,000 supporters had invaded the Andalusian city and they did not fail to cause some outbursts.

German fans were arrested after assaulting Scottish supporters, before attacking the police.

On the ground, the debates are balanced, intense, but rather padlocked.

Daichi Kamada and Ansgar Knauff are checked by Allan McGregor.

John Lundstram responds on a header pushed back by Kevin Trapp on a set piece from Borna Barisic.

The first act is engaged but not really thrilling.

We start on the same bases in the second half until the candy of Aribo.

A goal (57th) which comes on a release from Kevin Trapp, and after two consecutive errors.

Djibril Sow misses his header back, Ansgar Knauff loses his support and lets Joe Aribo score with his left foot, to the right of the German goalkeeper.

On a cross from Filip Kostic, Rafael Santos Borré gets ahead of the Scottish defense and deceives goalkeeper McGregor with a sharp (69th).

Make way for the extension, which is like the rest, balanced, bumpy and suffocating.

She doesn't do anything about it either.

One or two shots, on either side, send a slight shiver down the backs of the supporters.

Until the match point.

Kevin Trapp, with a shin, repels a close-range shot from Kent (118th).

He is still decisive during the penalty shootout.

The hero of the evening was playing in Frankfurt. 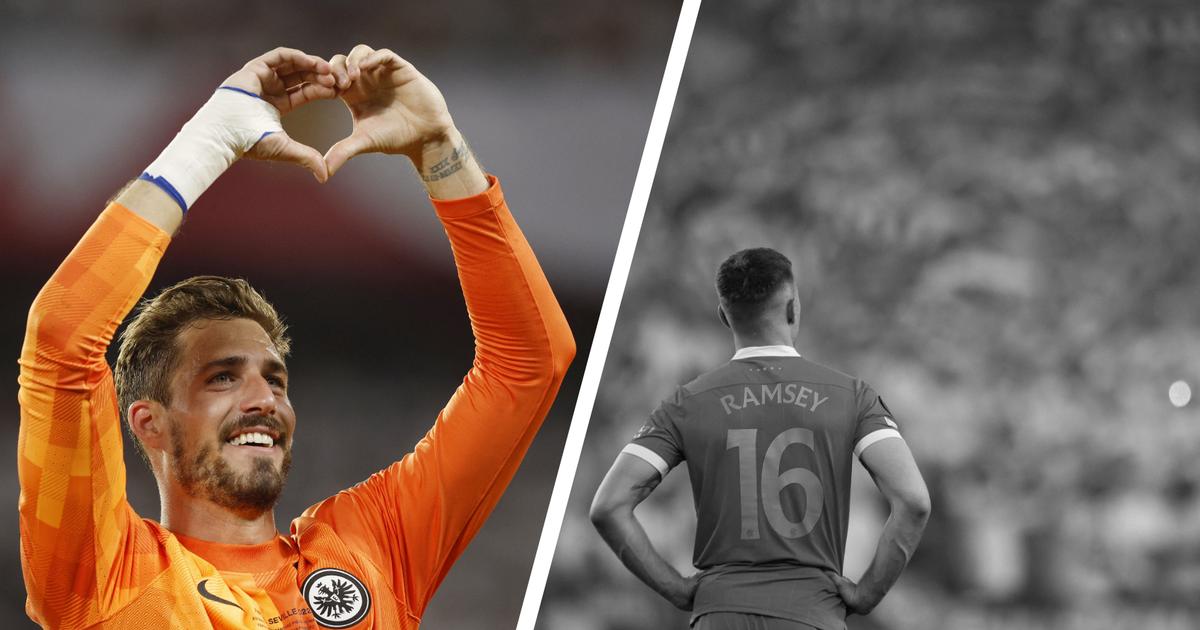