After four cruises, the Israeli windsurfer advanced up the rankings at the Garda Championship. Shahar Reshef, who started with a storm, slipped to 12th place

The second day of the European Windsurfing Championships ended today (Wednesday) in Garda, Italy, with an impressive progress by Yoav Omer in the ranking and changes in the ranking of Israeli surfers.

After four more cruises, Yoav Omar rose to fifth overall in the ranking out of 154 participants, an increase of nine places from yesterday.

Omar can look with satisfaction on the first three cruises of the day, where he finished in 2,4,3 places.

Two other Israelis are in the third ten of the competition, Tom Reuveni in 20th place and Tomer Vardimon in 28th place.

Pomeranz is rushed to the hospital, where a fracture was ruled out, but at the behest of the professional teams he will not be able to continue competing.

In women, Shahar Tibi rose to sixth place after a steady day of cruising (positions 3,4,12,8) and is now the leading Israeli.

Shahar Reshef, who stormed the competition yesterday, slipped from first place overall to 12th place after a weak day (19,12,30,9).

She is followed by Daniela Peleg, in 15th place. The second ten in the competition are closed by Sharon Kantor (18th place) and Maya Morris (19th).

After a postponement at the beginning of the day due to insufficient wind the teams performed four cruises in a weak wind.

Tomorrow morning the men and women will be divided into the Gold Fleet (50% of the first places) and the Silver Fleet.

Only the Golden Fleet continues to fight for one of the top ten places, awarding the ticket to the medal cruises, which will be held on Sunday.

Currently, seven of the nine Israeli surfers and five men are in the Golden Fleet range. 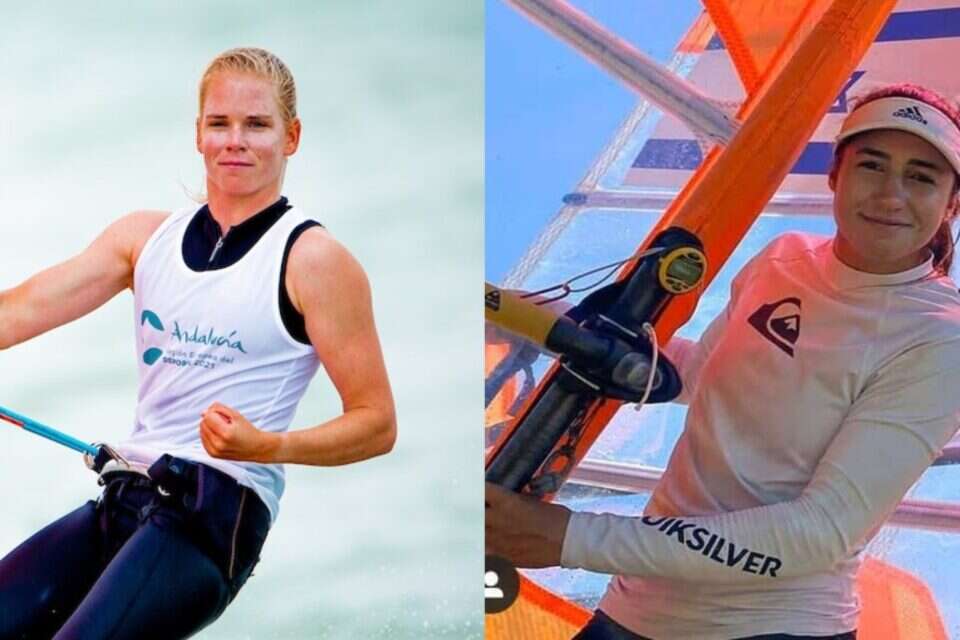