From Zalazar to Zalazar, a goal from midfield in the name of the father He didn't go to his son's game because he says he gets very nervous.

"More than when he played," warns José Luis Zalazar, a Uruguayan based in Malaga, a World Cup player in 1986 with his team before making the leap to Spain, where he played in Cádiz, Espanyol, Albacete and Santander.

He was in front of the television, saw the ball come out and got up from the sofa.

"I walked as the ball flew and when it hit the net I was already in front of the screen."

His son Rodrigo, 22 years old and a footballer for the German Schalke 04, had just scored a goal from the center circle in his own field.

The ball traveled 58 meters while his father had almost three decades removed from him: on April 3, 1993 he had signed a goal with Albacete traced to Atlético de Madrid, an iconic goal now revived in an extraordinary generational nod.

Centimeters from the television, Zalazar Sr. covered his face and began to cry next to his wife.

“My children grew up with that goal”, describes one of the emblems of the Mechanical Cheese that Benito Floro took from the third category to the first.

Zalazar joined the team in 1990 when he was already in the Second Division and that campaign he scored a goal from his own field in the Levante fiefdom.

In the early nineties, the goalkeepers were already beginning to shrink spaces and evolve ahead.

“Whenever I went out on the field, I had that long shot option in mind,” he recalls.

Time later he repeated it in the promotion in which Albacete lost the category against Salamanca led by Juanma Lillo.

Roberto Olabe, now the sports director of Real Sociedad and then the goal of the charro team, was the one who accepted it.

But the one who is remembered the most put it in the middle of Atlético.

“He had more impact and was more beautiful than the other two”,

And that's where the wonder and excitement comes in.

That perfection that beat Diego, mattress goalkeeper, was repeated as if it were a lookalike last Sunday in Nuremberg.

And with another Zalazar in between.

“It is extraordinary because the gesture in the hit is the same, identical, after a short run, almost standing still, a control and the ball, in both cases, enters without bouncing”, José Luis describes excitedly.

His goal came from 54 meters, a detail that did not go unnoticed by the son.

"I marked it from further away than you," he told her.

And Zalazar no longer knew what to reply: "When a son surpasses you, you just drool," he concludes.

Nothing is a casuality.

Kuki plays for Ponferradina, Rodrigo chose the German route and left for Eintracht three years ago, which has successively loaned him to Polish Kielce, St. Pauli and this season to Schalke 04, champion of Bundesliga 2. The little Mauro, 17, made his debut this month with the Granada subsidiary.

There is genetics, but also work.

"They are all passionate about football and since they were children I have stressed the importance of working on the technique of controls and, above all, that of hitting," says Zalazar, who educated his children so that they master all the processes that guarantee a good contact with the ball through a surprising technique: he forced them to take off their shoes and hit the ball without boots.

"I didn't have his dynamism"

All that childhood with his feet on the ground was reflected in the solution that Rodrigo found in Nuremberg a week after scoring the goal that gave his team promotion.

There, too, he followed in the footsteps of his father, author of the two goals that earned Albacete in 1991 their first promotion to the top flight.

Football has changed in thirty years, but some similarities are amazing.

It is inevitable to think of the father when watching the children play.

"I didn't have the dynamism that they have, now soccer has a requirement in the effort that forces you to be an athlete and prepare yourself in the gym," describes José Luis, who had more than enough category.

“Rodrigo is what is called a double five in Uruguay, although they can also play on the wings.

Mauro is a modern midfielder, with a very good punch.

"Rodrigo was called up by the U-20 Uruguayan team and fell in love with the country," says the father.

He is clear about the boy who wants to play with the light blue, although once he is ready to become an emulator, he should consider that José Luis wore it 29 times and played in a World Cup with it.

Meanwhile he is making the way, in the name of his father.

- What did you think of the hit, daddy?

From Zalazar to Zalazar, a goal from midfield in the name of the father 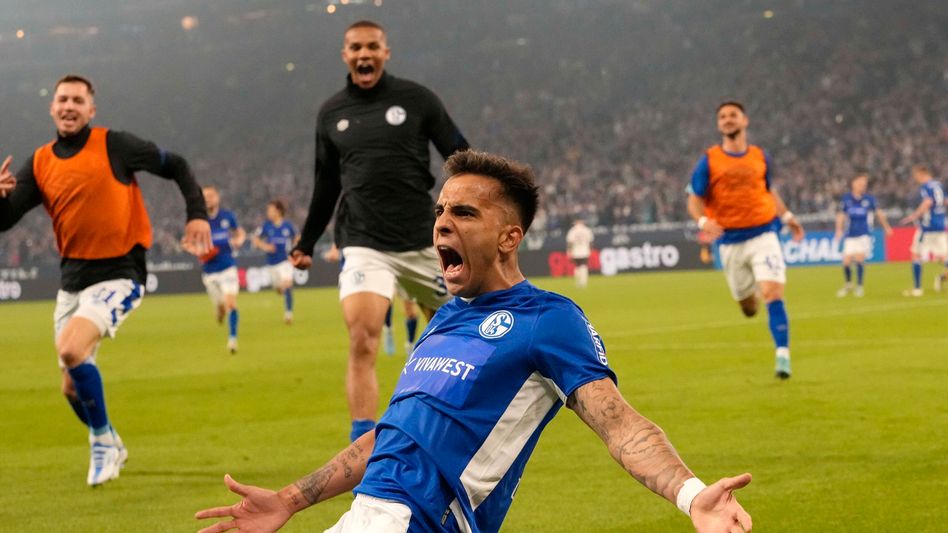 A year after relegation: FC Schalke are back in the Bundesliga after beating St. Pauli 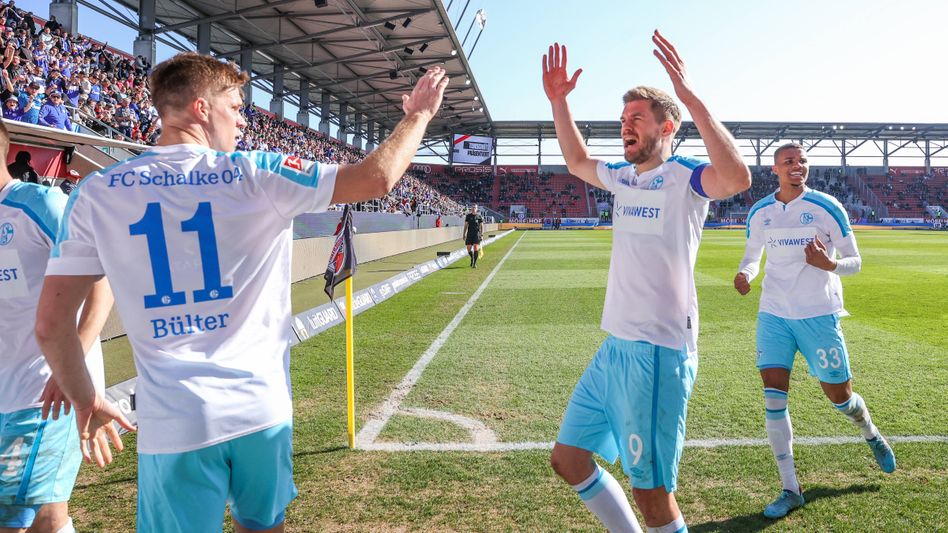 2nd Bundesliga: The winners of the day are Schalke and Nuremberg 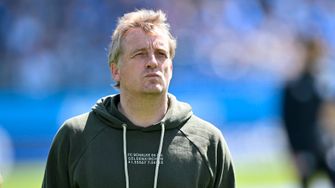 FC Schalke 04 after promotion to the 1st Bundesliga: what's next?