The Heat took advantage of the absence of Smart and Horford and kept the home side with 107: 118 • Butler exploded when he finished with 41 points • 29 of Taitum and 24 of Brown were not enough for the Celtics 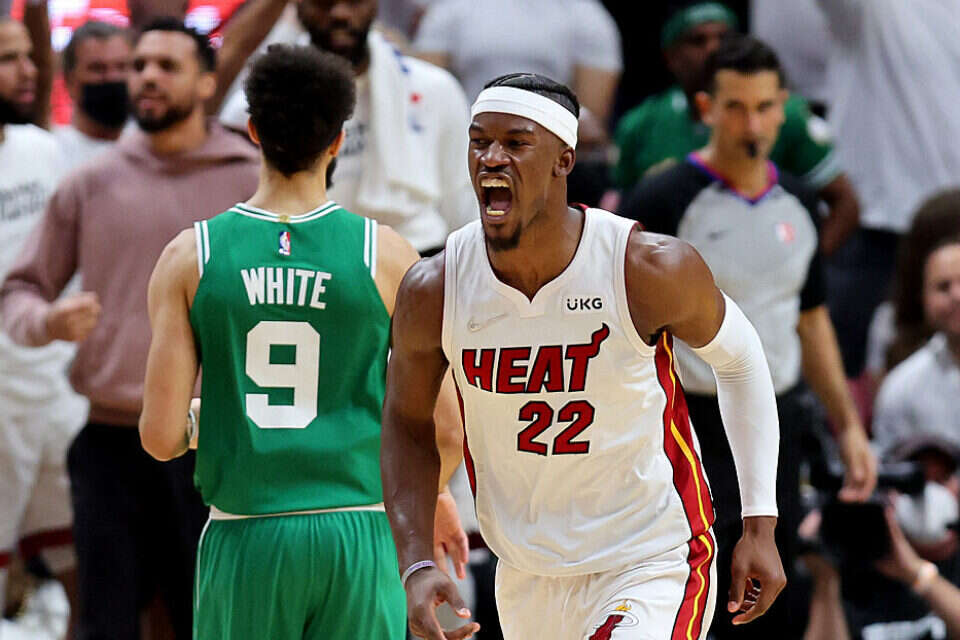 Miami climbed to a 0-1 lead in the Eastern Conference Finals this morning (Wednesday), after beating Boston 107: 118 at home.

About 48 hours after receiving countless compliments for being able to oust Milwaukee, the Celtics looked tired as the host took advantage of the absence of the injured Marcus Smart and Al Horford who was absent due to having entered the Corona Protocol.

In the first half the game still seemed equal when the first quarter ended with a three-point lead for the Celtics and at halftime they went down by a plus eight, but from then on Miami woke up when Jimmy Butler took command and recorded one of his best games of his career.

Together with Tyler Hiro and Gabe Vincent the star led to a 2:22 run from which Boston could no longer come back.

Jimmy Butler was DOMINANT in Game 1 of the Eastern Conference Finals!

Butler was Miami's standout when he finished with 41 points, 9 rebounds, and 5 assists, plus 4 steals and 3 blocks.

Hiro as usual did his job as he finished with 18 points, Gabe Vincent added 17, Max Strauss contributed 11 and if Adbaio provided 10. For the loser, Jason Taitum finished with 29 points, 8 rebounds, 6 assists.

Jaylen Brown added 24, Robert Williams and Peyton Pritchard contributed 18 each, but that was not enough as stated.

The next game will take place on the night between Thursday and Friday.

Smart and Taitum at a loss, tonight in Miami,

Miami defeated the missing Boston 107: 118 and climbed to a 0: 1 advantage in the Eastern Conference final - Walla! sport