After a season paved with records on and off the field, FC Barcelona's players went into the Champions League final as favourites. There they lost to role model and nemesis Lyon. 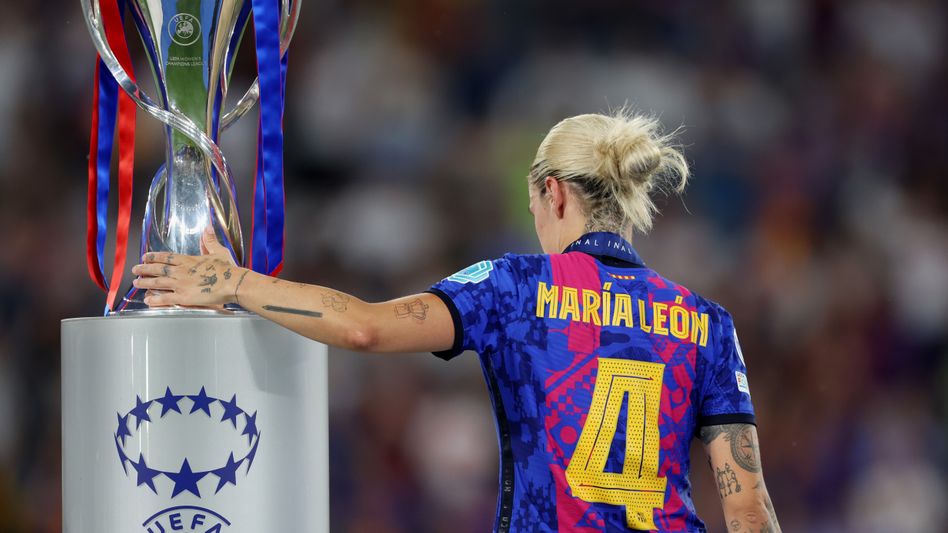 Winning the ball on the left wing alone would have been enough for an own entry, but after her strong effort, Amandine Henry also pulled into the middle and chased the ball into the right angle from a good 25 meters.

This final was opened in the sixth minute with the opening goal for Olympique Lyon.

In the duel between the record winners and the defending champions, Olympique Lyon beat FC Barcelona 3-1 (3-1) in the final of the Champions League.

Lyon started boldly, put the Catalans' defense under pressure early on and consequently took the lead through Henry (6th minute).

The best was missed by Jenni, who, following preliminary work from Fridolina Rölfö, who repeatedly started from the left, was more concerned with putting her body between herself and the opponent than bringing the ball in the direction of the goal from six meters (16').

Hegerberg missed the 4-0 (36th) before world footballer Alexia was able to shorten the lead (41st).

Before the 2-0, Bacha ran to the baseline and hit an exemplary cross at Hegerberg, which only needed to head in at the second post.

Already in the semi-finals, two great crosses by the 21-year-old had led to goals, the preparatory work to 2-0 in the final was her ninth (!) Assist in this Champions League season - and that as a nominal defender.

After Hegerberg in the first half, Delphine Cascarino also missed the potentially decisive 4:1 (53rd) in the second half.

A stroke of genius by Patri, on the other hand, almost brought the goal: from 45 meters she lobbed Christiane Endler, who was a little too far in front of the Olympique goal.

However, the ball only hit the crossbar, no goal (59th).

Barcelona still couldn't find any offensive solutions, only the Swiss substitute Ana-Maria Crnogorcevic had another good opportunity after a good pass from Asisat Oshoala, but the 31-year-old shot wide of the left post (83rd). Hegerberg hit the post again (90+7).

It remained 3-1 and the eighth Champions League title for Lyon.

The two teams had met three times in the Champions League so far, Lyon had won three times, most recently in 2019 in the final 4-1.

The French were too physical, too annoying, too strong in defense.

After the manageable 2-0 defeat in the second leg of the semifinals in Wolfsburg – their first defeat ever after 45 competitive wins in a row – the favorites had to accept their second defeat in a row in the competition.

A surprising end to a memorable season for FCB, especially in this clarity, which brought in 30 wins in 30 games in the domestic league.

The two big ones:

The women at FC Barcelona wanted to be as strong as Olympique and as big as the dominant team of recent years.

Lyon had always won the Champions League since 2016, only in 2021 could Barcelona intervene, fueled by the ambition to break that streak.

The development in Catalonia's capital was tremendous, with the team and the environment.

Exciting football could be seen here, attendance records were broken in the stands and new standards were set.

A win-win situation in which only one team could win the cup in the end, the old power Lyon.

The year of the breakthrough:

The 2021/2022 season has catapulted women's football into new spheres.

The TV presence through reporting on Dazn increased visibility, the decision to go to the big stadiums from the quarter-finals onwards created a football culture that had hardly been seen before and created a desire for these games in this atmosphere.

And last but not least, it was the performances that were impressive.

The final was just the appropriate ending, and from a German perspective, VfL Wolfsburg's encounters with Arsenal and Barcelona were just as enthralling as FC Bayern's epic quarter-final second leg at PSG. FC Barcelona - Eintracht Frankfurt in the live ticker: 30,000 away fans ensure a state of emergency 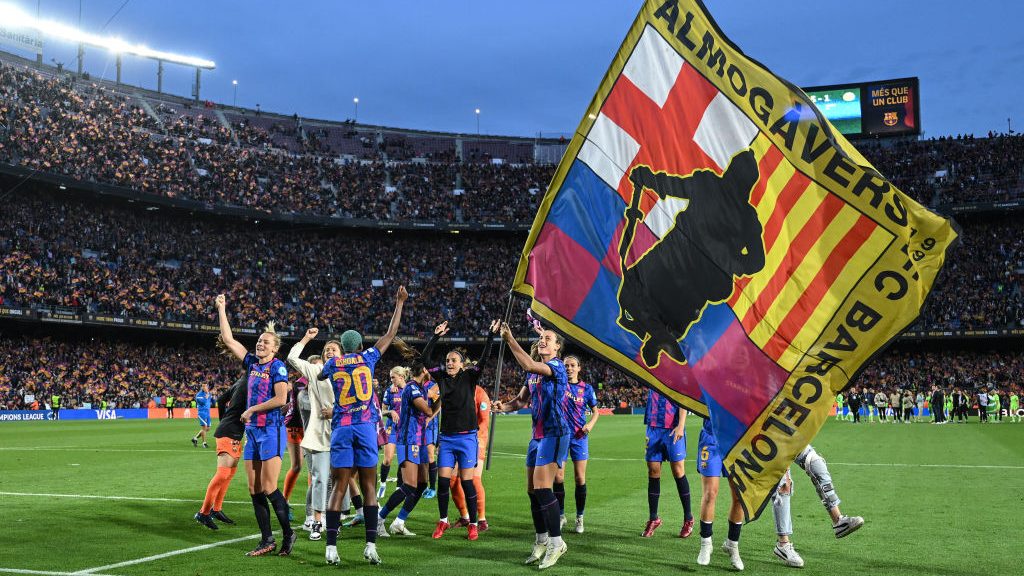 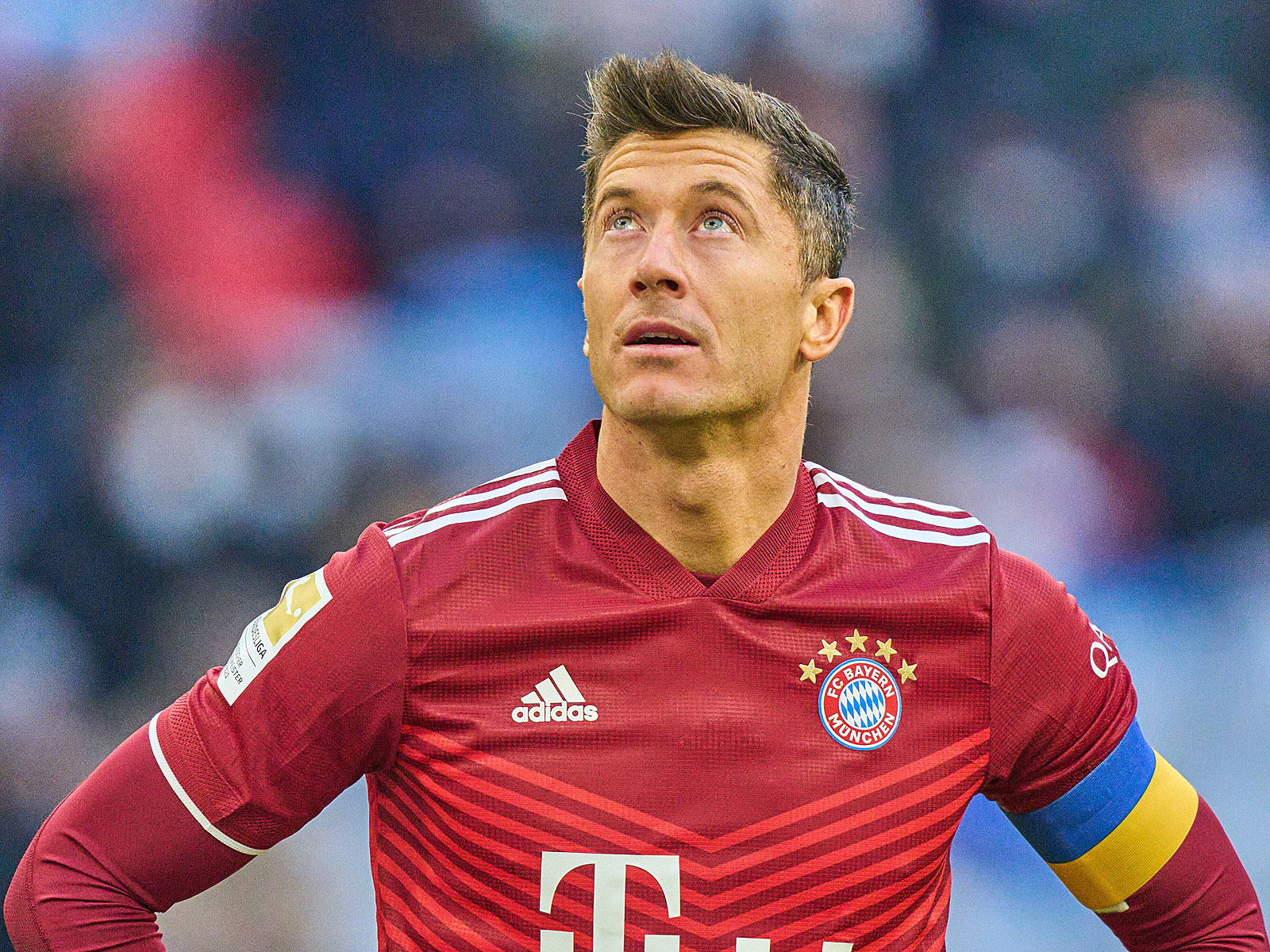 UEFA is planning a new Mini Champions League: FC Bayern could be there soon

Champions League F: OL dismisses PSG and will find Barça in the final